Rome has the Colosseum. Berlin has Checkpoint Charlie. Athens has the Acropolis. There is certainly no shortage of history and culture waiting for you in most of Europe’s major cities. Because of this, it’s easy to get swept up in the allure of big-name cities and forget all about what lies in the rest of the Old Continent. The Balkans, for example, despite the region’s off-the-beaten path vibe and sparse crowds, is worth a stop for those in search of underrated culture. Belgrade, especially, is a cultural gold mine with a heritage spanning centuries. Here are the best things to do in the Serbian capital for visitors who want to learn more about this under-the-radar destination.

Tour the fortress, which protected the city from every major empire that wanted it for themselves. 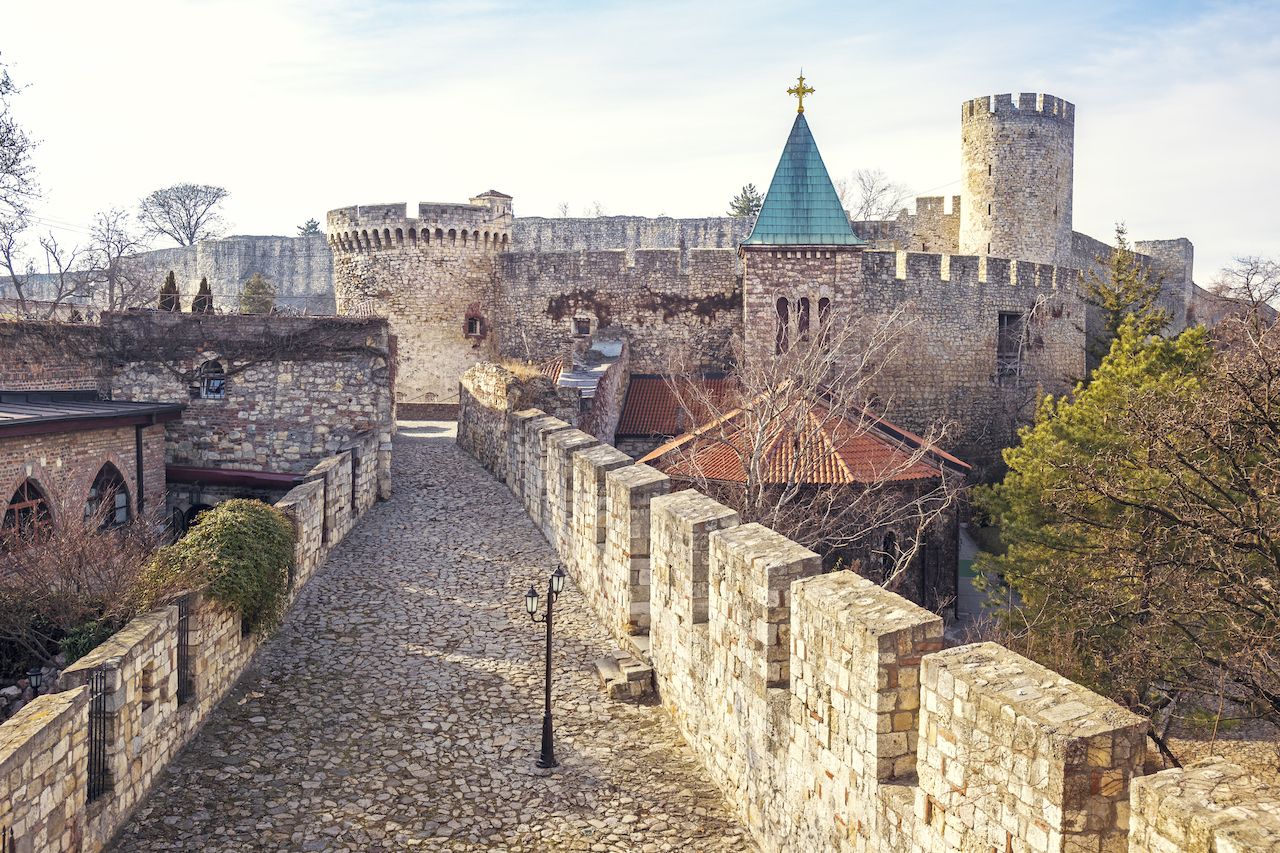 Long before the era of Communism and Yugoslav rule, Belgrade was home to the Celtic Thracian and Dacian tribes, beginning in the second century BC. These tribes created a fort that was soon invaded by the Romans and later on by the Huns and the Byzantines. Although it wasn’t fully completed until the 1700s, the Belgrade fortress remains an archaeological treasure that documents the city’s change in ownership over time. Walk along and atop the fortress as it runs along the riverfront through Upper and Lower Town — you’ll see the locals do the same.

Multiple historic sites that showcase the multicultural heritage of the city are located in or near the fortress. Among the most recent is the Roman Well, built in the early 18th century. Damad Ali Pasha Turbeh, a piece of Islamic architecture in Upper Town, was built by the Ottomans in 1784 and is the best-preserved demonstration of the city’s Ottoman and Islamic past. To see Turkish influence, visit the Nebojša tower, a cannon tower that also contained a dungeon.

Near the city’s fortress lies Belgrade’s Military Museum. The city has seen its fair share of wars, and the military museum visually lays out how weapons, armory, and military tactics have changed throughout the ages. The museum features helmets from the ancient Greeks, Roman swords, and tanks used during the Bosnian War.

Visit Tito’s grave at the House of Flowers. 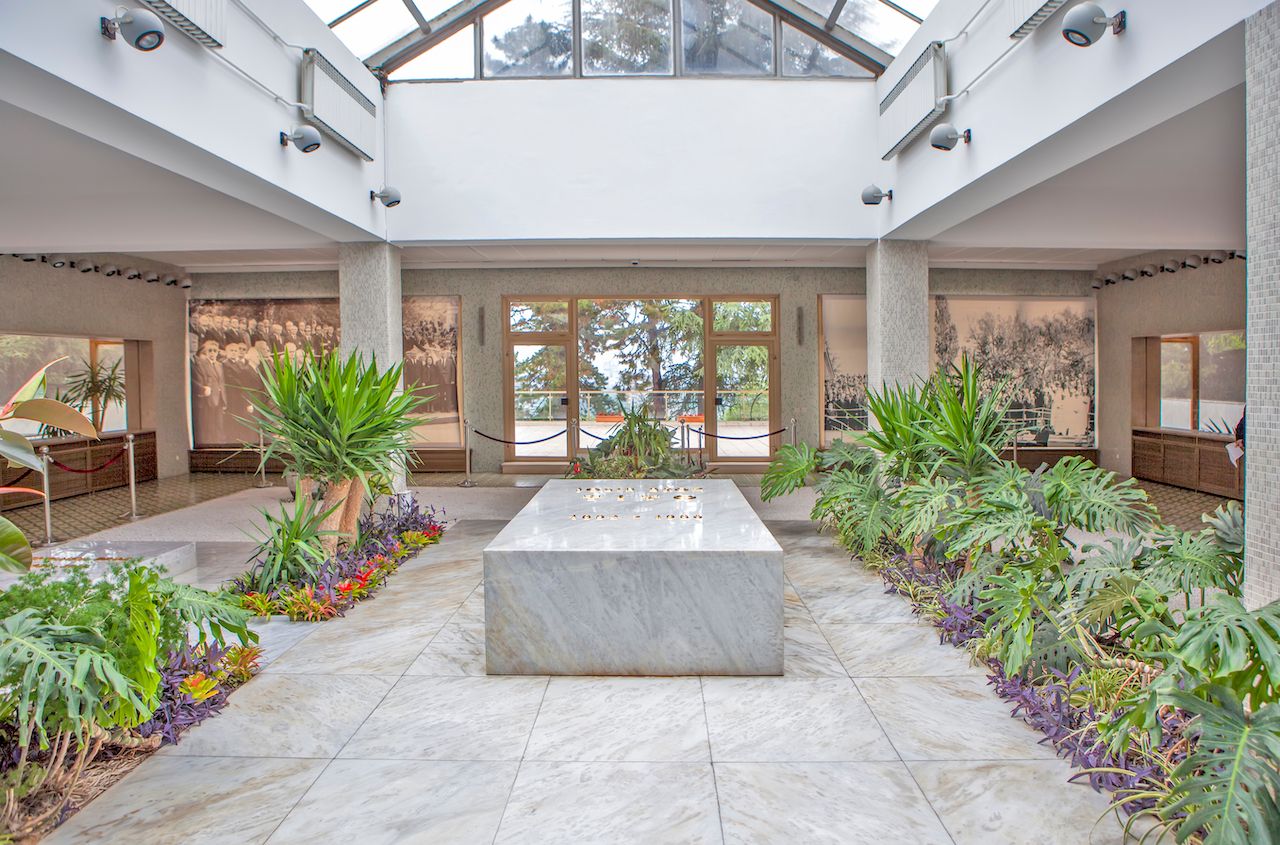 Marshal Josep Broz Tito was the leader of the Socialist Federal Republic of Yugoslavia, of which Serbia was a part, from 1953 until 1980. Because of his legacy as a benevolent dictator, Tito’s grave has become a site of pilgrimage to many nostalgic locals to remember the so-called “good old days” despite the many controversies during Tito’s time in power, including his reputation as a strong authoritarian dictator.

Experience the socialist era for yourself at the Supermarket Concept Store.

Belgrade’s socialist period is well documented by its architecture and many museums, but the Supermarket Concept Store is the icing on the communist cake. Launched in 2008, the Supermarket Concept Store is a cultural space that houses cafés, fashion brands, a restaurant, a spa, and a hair salon that are all a throwback to the city’s past. The entire space, located in a former discount supermarket during Yugoslav times, was designed with the socialist aesthetics in mind. The Supermarket is a great place to shop while simultaneously peeking into the pre-consumer days of Belgrade, when options were few and far between.

Get to know the “inventor of the 20th century” at the Nikola Tesla Museum. 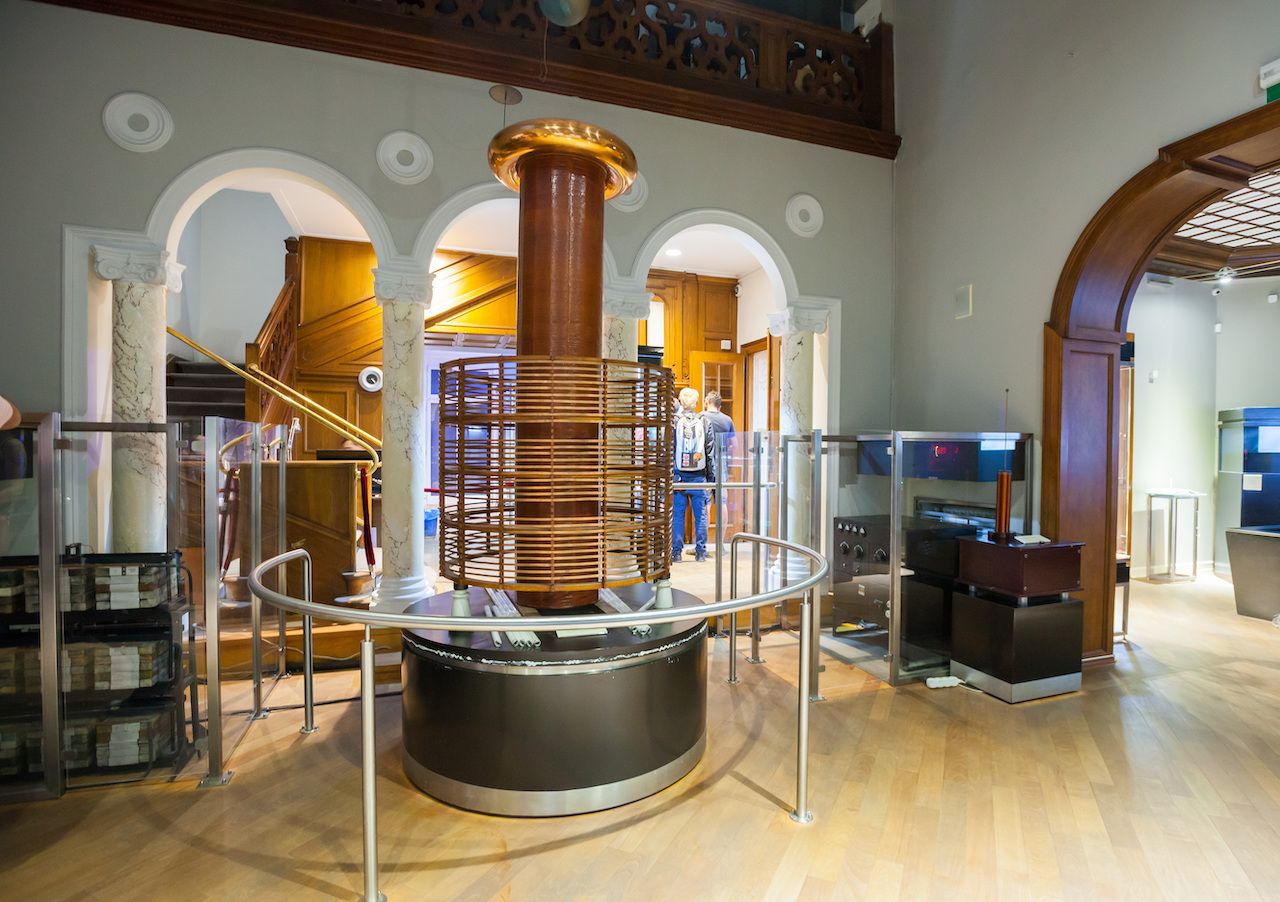 Nikola Tesla invented the “Tesla coil” in 1891, a revolutionary electrical transformer circuit that’s used today in everything from radios to televisions. He also developed the blueprints for the hydroelectric power plant at Niagara Falls. Though it is still a topic of debate whether Nikola Tesla can be claimed by Serbia, there is no doubt the so-called “inventor of the 20th century” is the country’s proudest export. In Belgrade’s museum dedicated to the late inventor, you can see the urn holding half of Tesla’s ashes (the other half is in the United States). Join a guided tour with an expert who will walk you through the Tesla technology we still employ today. 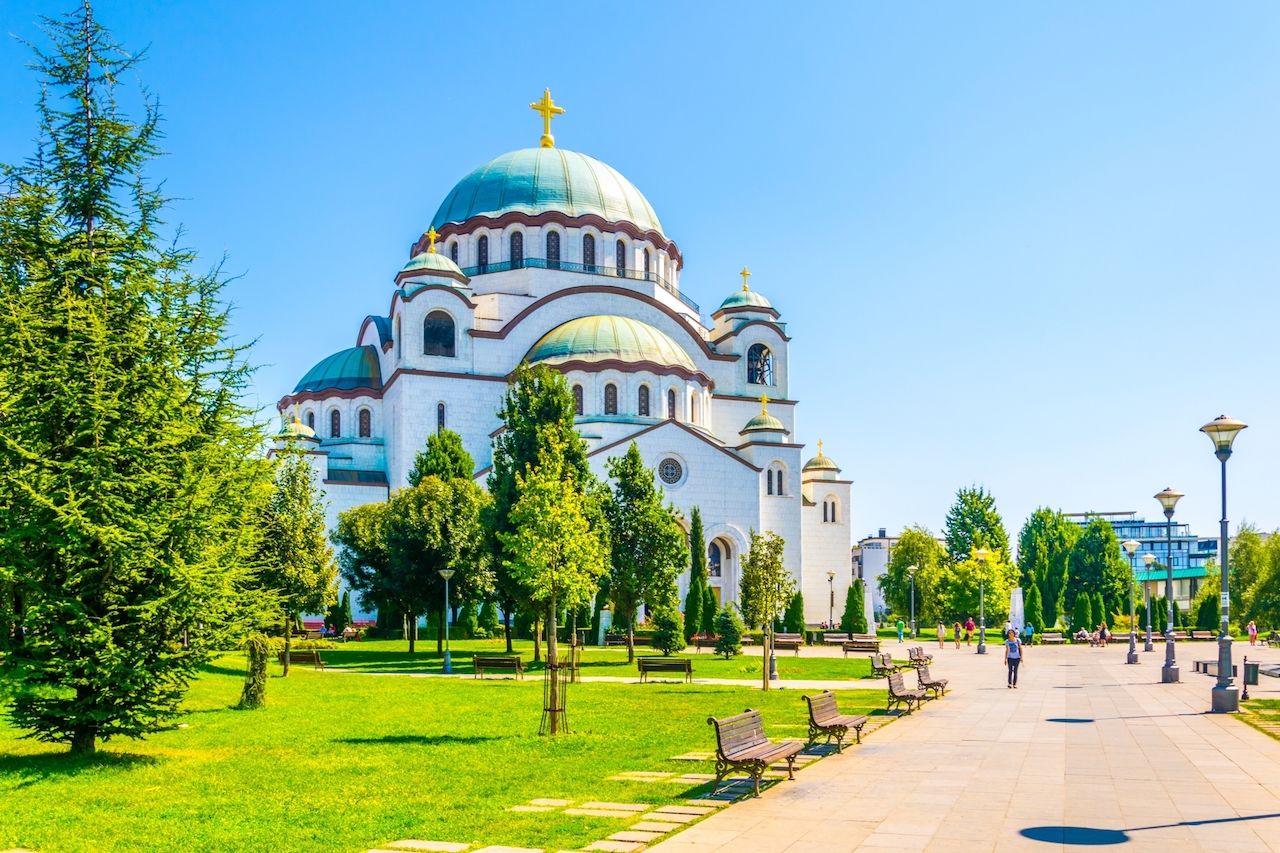 Up until very recently, Belgrade housed the largest Orthodox church in Europe. Now, the largest can be found in neighboring Romania, but the Church of Saint Sava is still a sight to behold. Named after the Serbian Prince and Ortodox monk, the Church of Saint Sava can be seen from almost anywhere in the city. Its central dome measures 230 feet and is adorned with a 39-foot tall gold-plated cross. The crypt under the church is covered with intricate gold detailing and features a giant crystal chandelier. You can check out the church during visiting hours during the day, but the best option for doing so is to sign up for a guided city tour. That way, you’re guaranteed entry and won’t miss out on any of the cultural details. 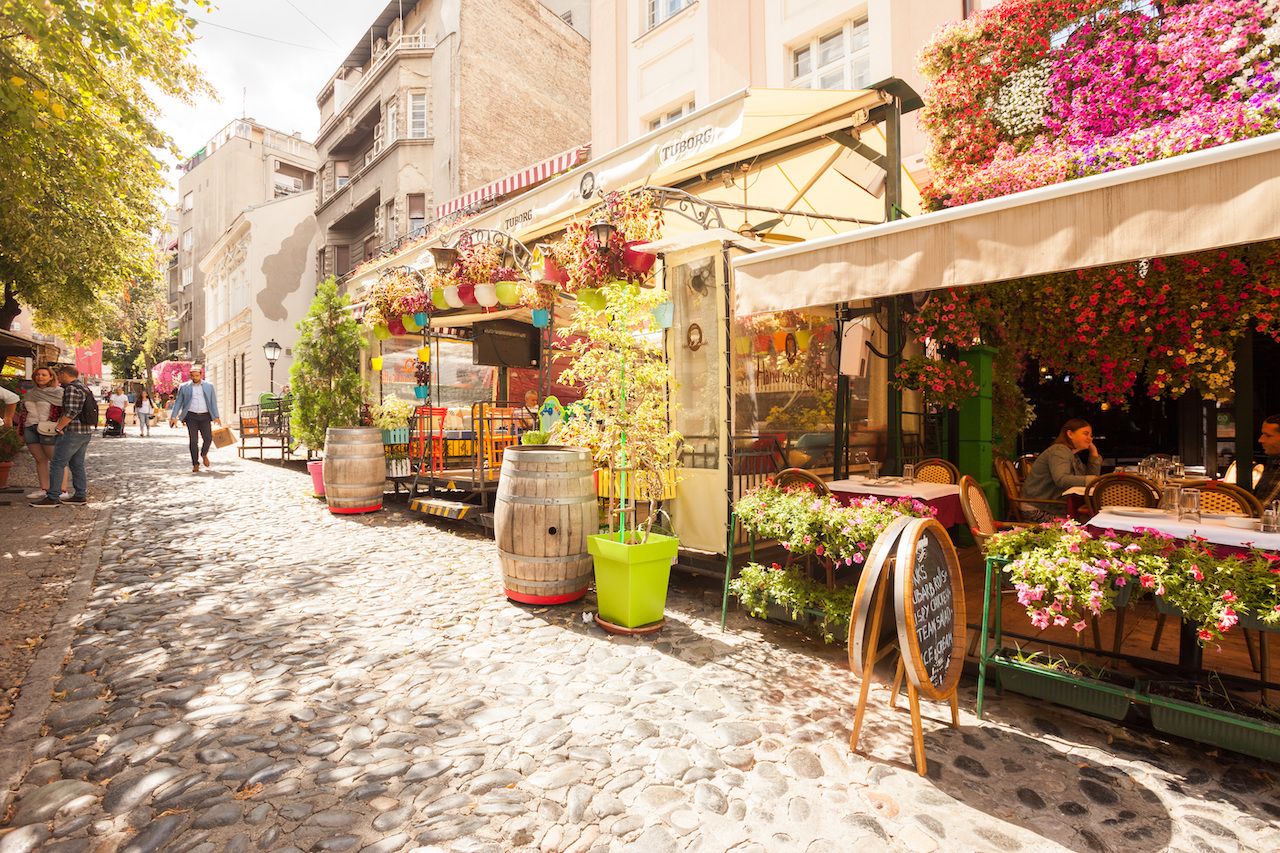 Skadarlija is known as the bohemian quarter of Belgrade. Just steps from Republic Square, the pavement turns to cobblestones, and you’re instantly transported back in time to the days when Serbian writers (most notably Dura Jaksic) sat outside of cafés penning novels. The neighborhood has an old beer factory that’s been turned into multiple disco clubs, as well as several craft beer bars worth checking out. This part of town is ideal for people-watching as you’re sure to see some characters hanging in the cafes and along the cobbled streets.

Notorious for its nightlife, the Savamala neighborhood has a reputation for being rough and rowdy. During the day, it is seemingly quiet, albeit rundown, and filled with vibrant street art. But as soon as the sun sets, Savamala is lit up with neon signs for basement-level cocktail bars — it’s the perfect place to head for a wild night out.

Check out the residence of Princess Ljubica. 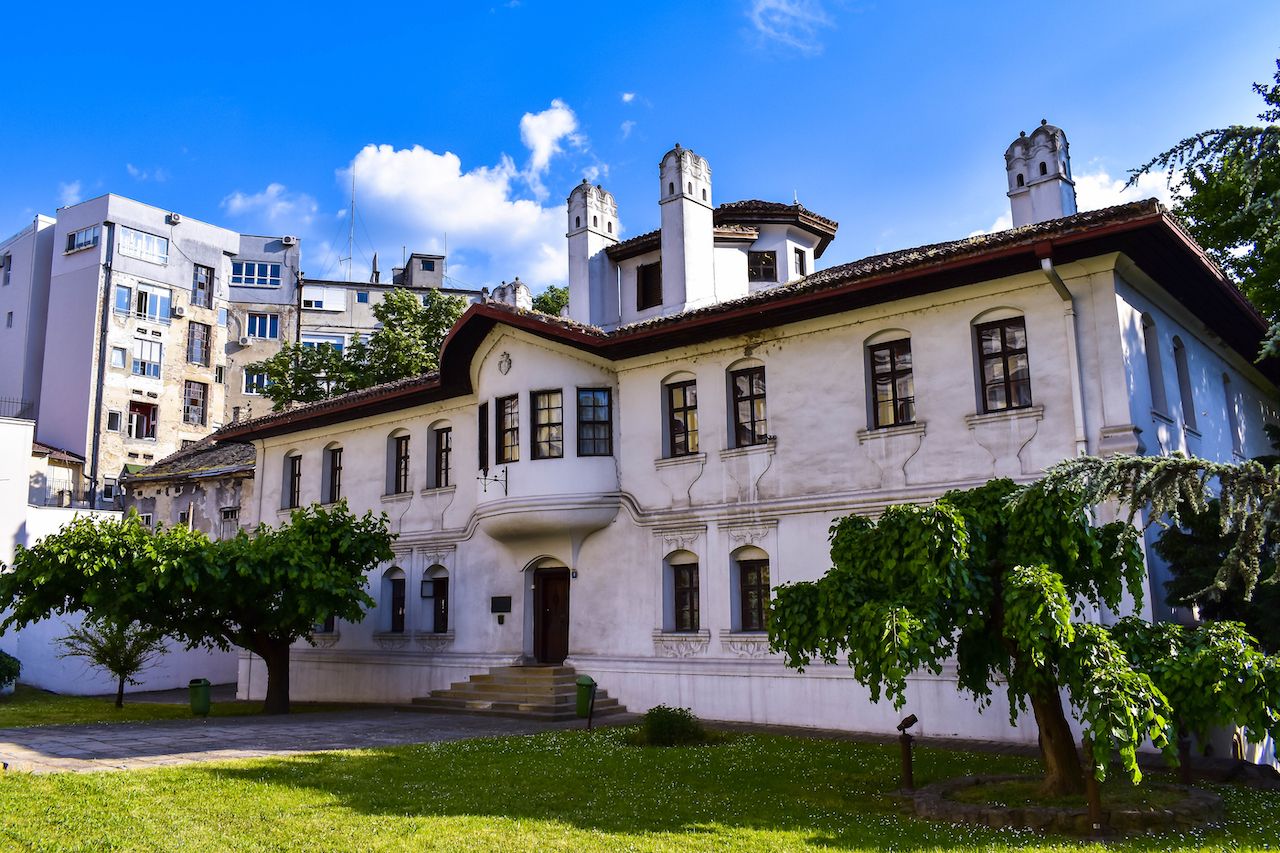 From the outside, this white rectangular building looks nothing like a palace. The structure originally served as a residence for Princess Ljubica and her two sons, designed to represent her vision of royal life in Serbia in the early 1800s. It served as the residence of Serbian royalty and is now preserved as a museum to showcase what decadence looked like during the era of Prince Miloš Obrenović. The interior, though simple in architectural design, is filled with beautiful furnishings, such as rugs, antique wooden furniture, and oil paintings. The residence, which is open to visitors, is considered one of the best-preserved cultural landmarks in Belgrade.

Visit the tallest structure in the Balkans. 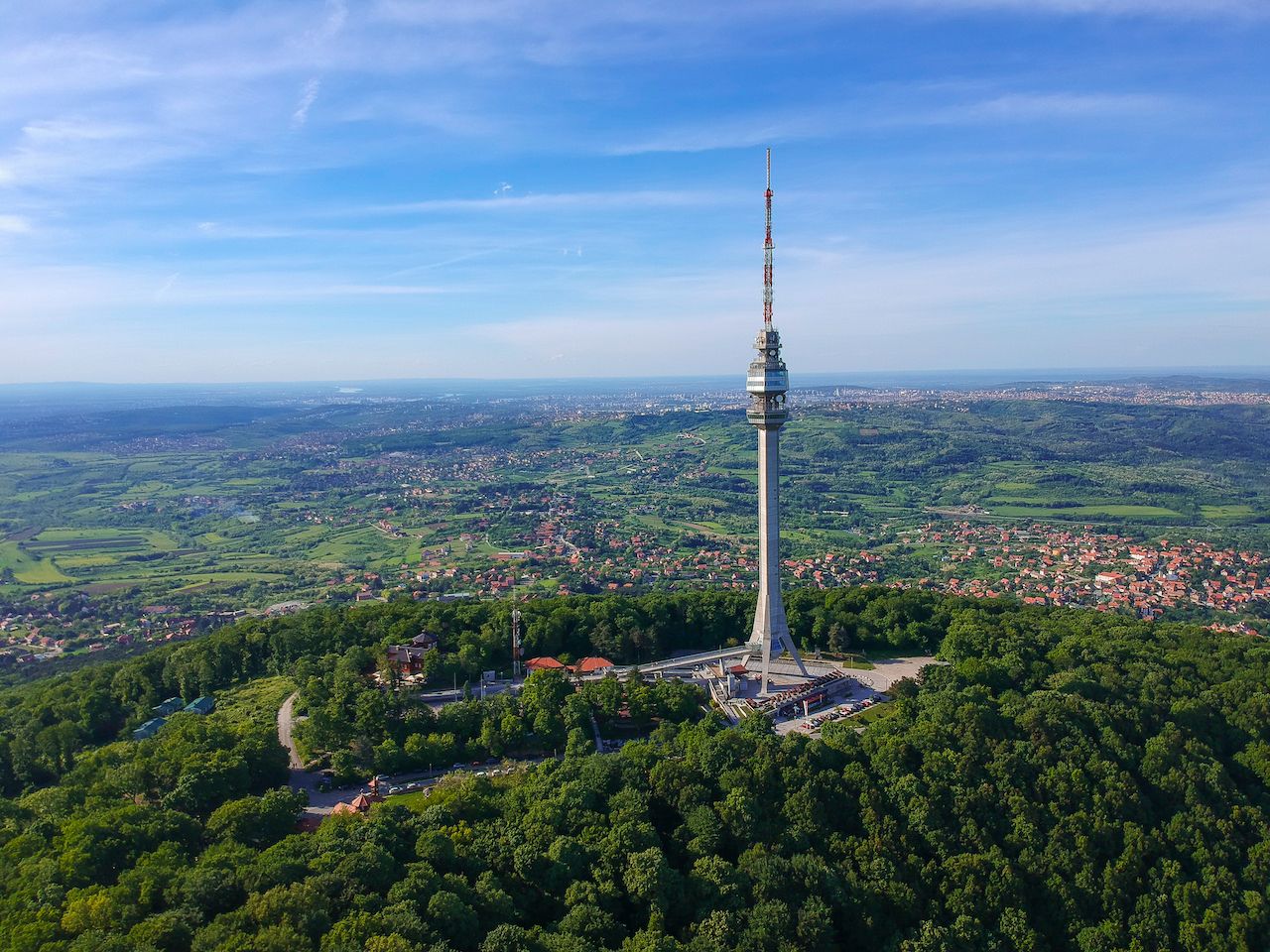 Just a short drive or bus ride from Belgrade is Avala Tower, the tallest structure in the Balkans region. The tower was first completed in 1965, but it was bombed by NATO in 1999 during the Bosnian War. After four years of reconstruction, it was restored in 2010. Today, you can go up to the observation deck for panoramic views of the Serbian capital. There is even a café at the top for you to grab a drink.

If you happen to be in Belgrade between late February and early March, swing by the city’s annual film festival, FEST. FEST has been held in Belgrade since 1971 and has generally been a high-profile affair, apart from a run in the 1990s when the international embargo against Yugoslavia kept Hollywood stars and films out of the festival. In 1993 and 1994, the film festival was completely canceled due to Yugoslavian censorship policies, and the festival was the site of a massive student protest in 1997 against police brutality.

After the fall of communism and the end of Yugoslav rule, the film festival relaunched but initially saw very few ticket sales and almost no clout until 2007, when FEST was revamped and French actress Catherine Deneuve opened the event. Two years later, Ralph Fiennes hosted the event, marking an official revival of Belgrade’s long-standing movie festival. Nowadays, over 80 films are shown at FEST.

TravelWhy You Shouldn’t Overlook Kosovo on Your Balkan Trip
Tagged
Culture Insider Guides Belgrade, Serbia
What did you think of this story?
Meh
Good
Awesome