We’ve all hit a rut – that spot where you’re not in bad shape, per se, but since you don’t have any kind of fitness goal, going to the gym is about as exciting as picking up dry cleaning (or even less exciting). And while running a marathon is a goal for hundreds of thousands of people, the thought of running 13 or 26 miles can feel overwhelming if your treadmill use is usually limited to the occasional 12-minute running interval.

But that goal seems a little more achievable if you’ve got views of a beautiful, tropical island to look forward to, or perhaps a vibrant, unfamiliar city – or a rugged wilderness area in the mountains. That’s why destination marathons make for such perfect fitness goals. The incentive to take a trip somewhere exciting is fantastic motivation for pushing through grinding hours of physical excursion. 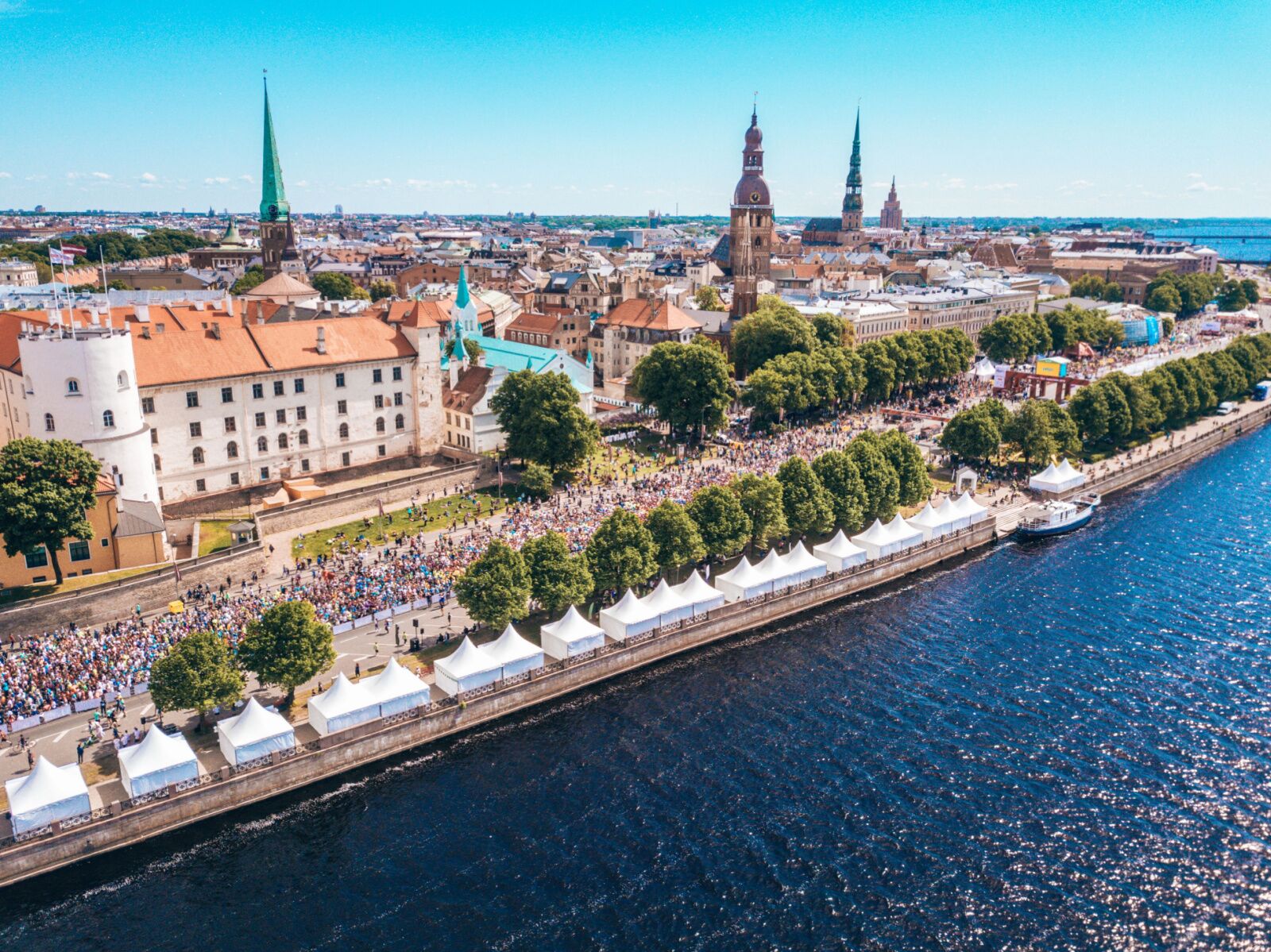 Such was my thought when I’d hit a painful fitness rut in early fall of 2022, but soon received an invitation to participate in Run Barbados. It’s a weekend-long series of destination marathons and runs on the Caribbean island of Barbados, ranging from short walk-runs to a full marathon. With just over two months to train, and years since my last distance run, I opted for the 13.1-mile half marathon. It seemed like a good enough challenge but didn’t force me to go from my standard light cardio straight to 10-mile training runs.

In the process of preparing for my destination marathon, I learned a few things that helped make success a little more achievable. Here’s what to know if you’re also planning to tackle one or more distance marathons this year.

How to pick between destination marathons and training plans 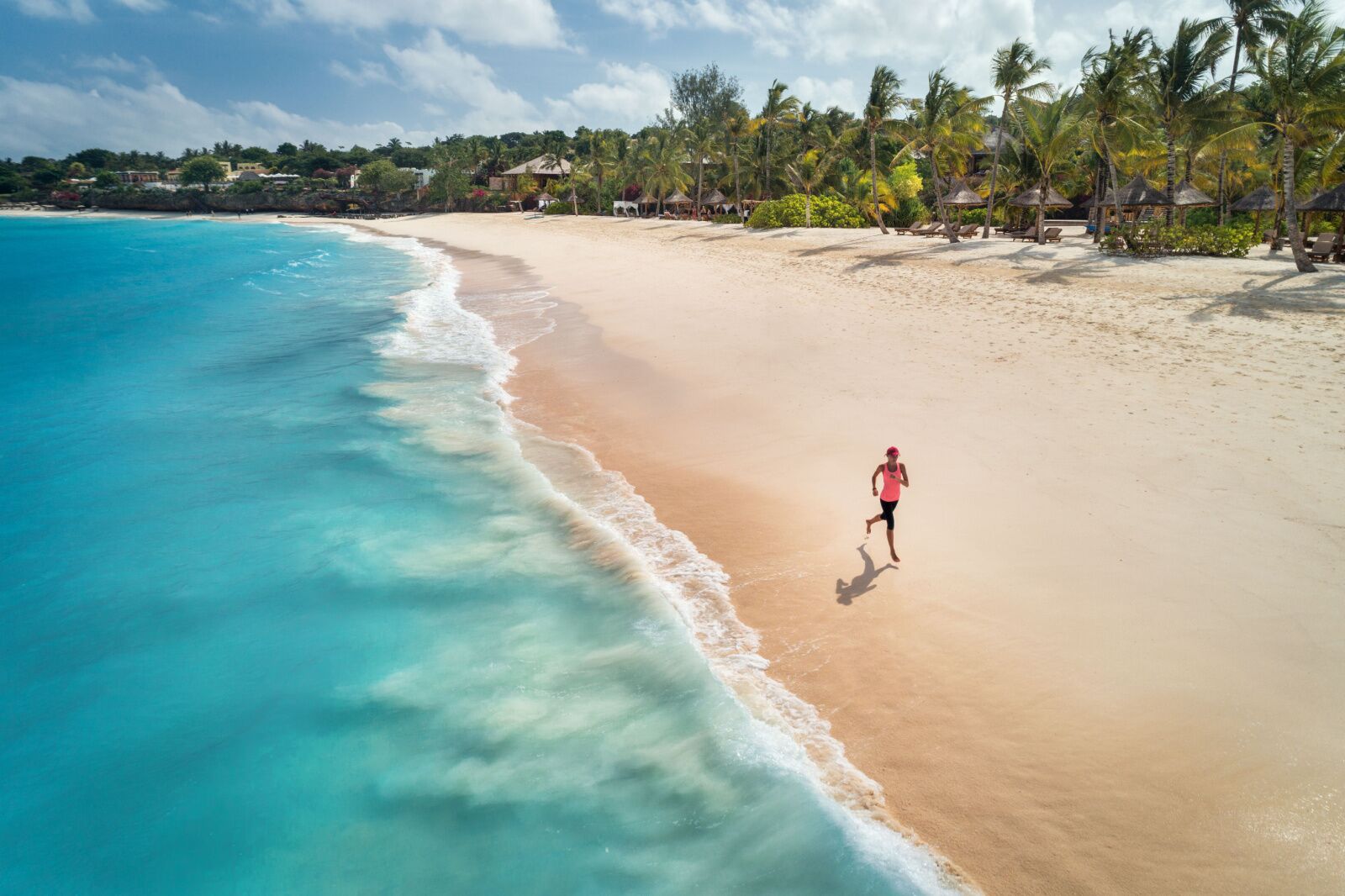 The first thing to consider when running a destination marathon is, of course, the destination. The thought of going to some far-off, exotic country certainly is appealing, but jumping off a plane in Australia and running a marathon immediately afterward probably won’t result in peak performance. So unless you’ve got a couple of weeks to devote to your destination race, pick somewhere you can reach in a few hours. You’ll find fun races in warm places like Jamaica (the Reggae Marathon) and South Florida, and more far-flung places like Patagonia and China.

Once you’ve chosen a destination, you need to find a training plan. You can find training plans for destination marathons online, or grab a book or e-book on the subject. I picked an eight-week running schedule that started easy, but didn’t let up. You may want to select a plan based on how much time you have or what type of conditions you’ll be running in (or training in). 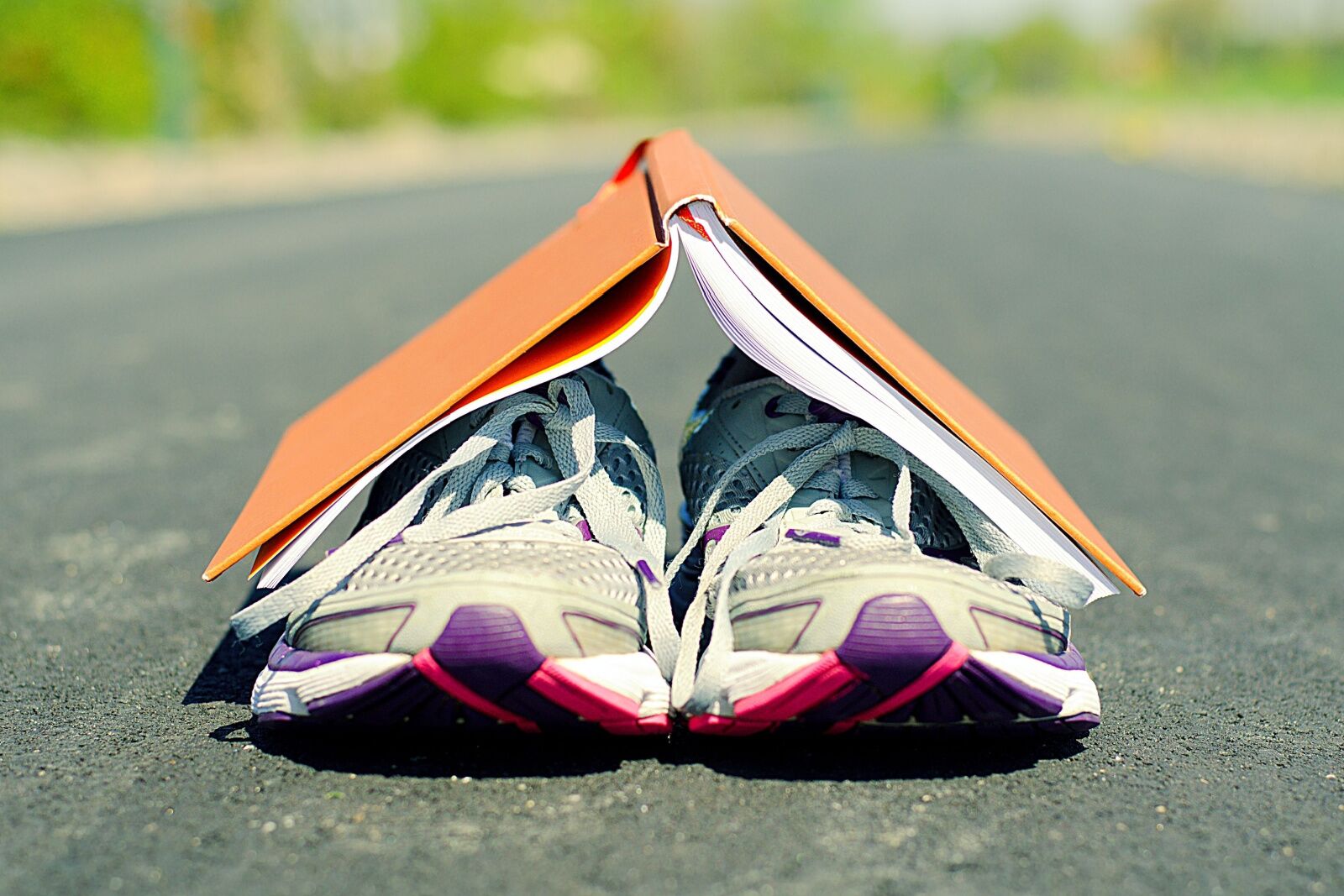 The first week’s “long” run was only about 4.5 miles. But as I had only a quick six-week time frame, the long runs ramped up quickly, and my long run was eight miles just two weeks later. Then it became 10. Then 12. And in a period of only five weeks, I was already running close to the half-marathon distance.

If your race is somewhere warm, remember that heat and humidity make more of a difference than you might think. I happen to live in a perpetual stew of hot thick air called Miami, so I was able to train in weather similar to Barbados.

If you don’t live somewhere warm, make sure you account for the heat if you pick one of the many warm-weather destination marathons. If you choose a marathon in the mountains, remember that running at a higher elevation is going to be more difficult than training at sea level. And drink about three times as much water as you think you need, even when training in milder temperatures.

Stretching and eating are as important as running 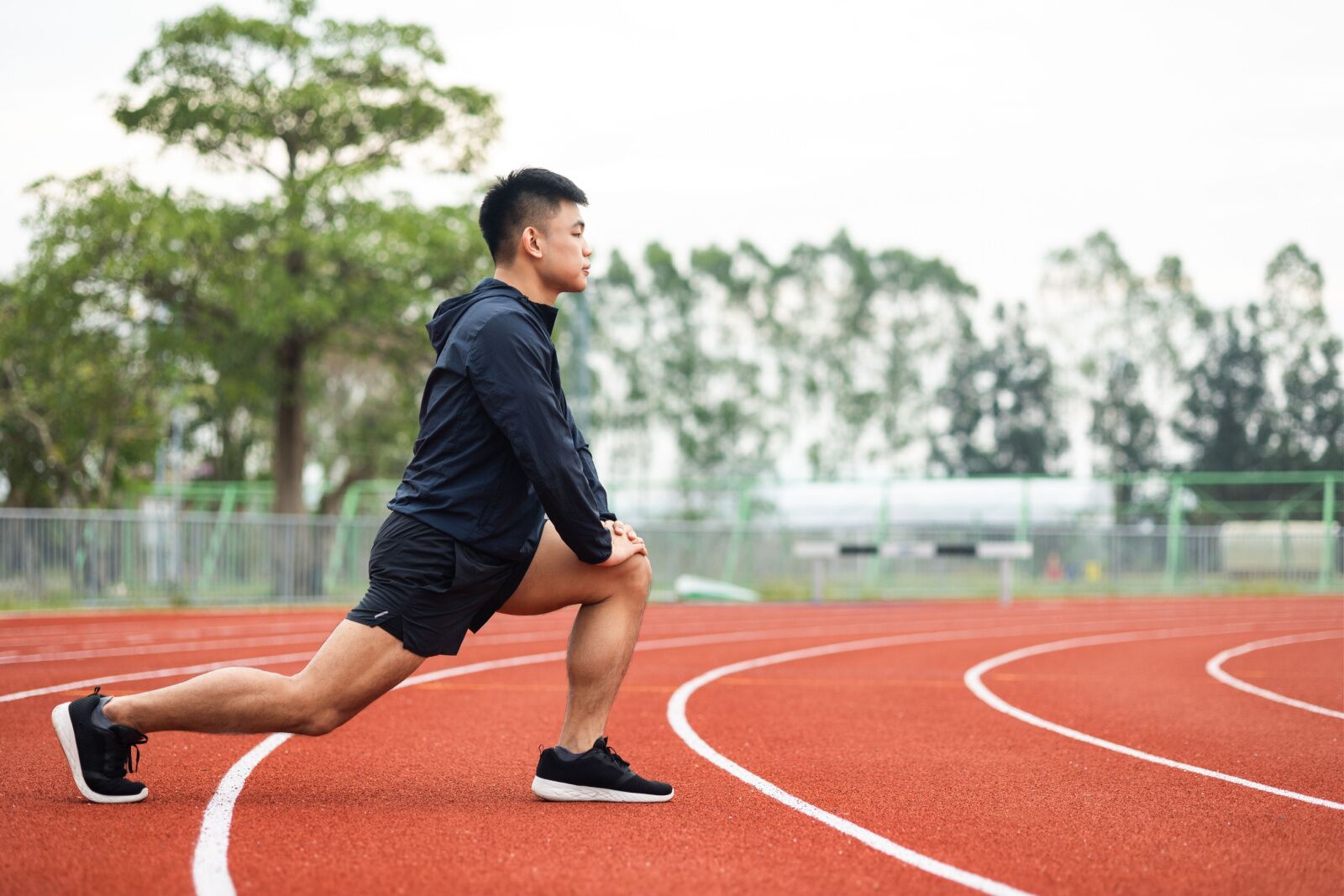 Like most people in their 20s and 30s, I’d never been especially dedicated about stretching. It was kind of like eating vegetables – something you know you should be doing, but don’t do anyway. But as I attempted my first distance race over age 40, it became painfully evident why people had been telling me to stretch before a run for so long. By my third long run, which measured about eight miles, I started building in 10 minutes of stretching before the run and five minutes after.

In addition to warming up your muscles, stretching also eases your body into intense exercise, so you’re not going from zero to strenuous right away. Similarly, the post-run stretch became a reward for all my hard work.

During my younger endurance days, a night-before carb binge was a time-honored tradition. So before my first eight-mile training run, I ate a giant plate of pasta for dinner. However, when I woke up at 5 AM to run, it was still in my stomach, so I felt heavy and slow while running. Remember that your metabolism slows as you age, and the same meal you ate before a big swim meet in high school won’t power you the same way in your 30s or 40s. To properly fuel my runs, I ate a large lunch the day before a big run, then capped it off with something lighter, like a salad, for dinner.

The vacation starts after the race 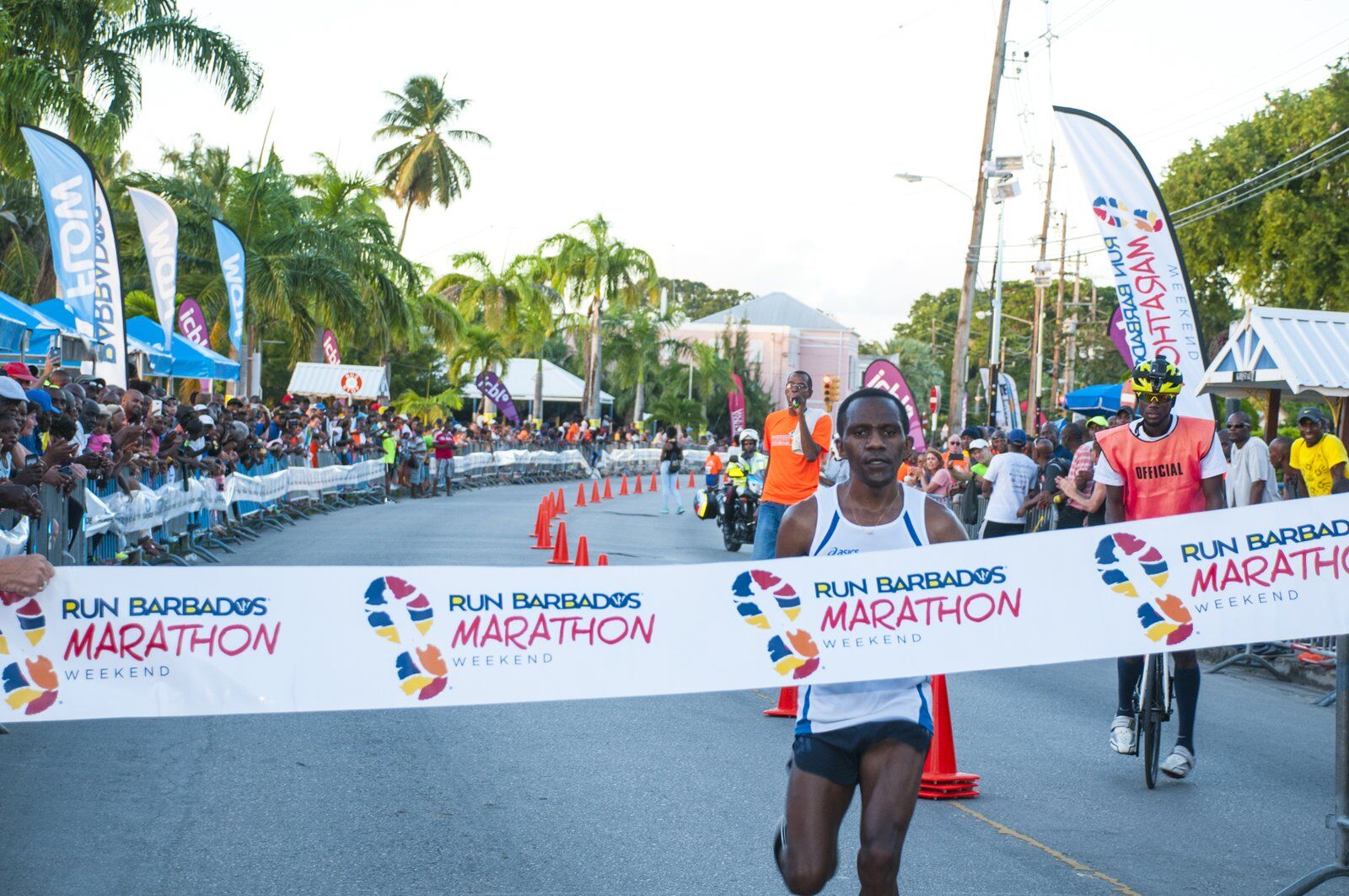 Having Barbados as my goal helped immeasurably, especially as an experienced runner who’d already run several half-marathons and longer races. Doing something different and seeing a new place gave me the motivation I needed to feel like this marathon was different.

But when I arrived in Barbados, I realized I needed to treat it like a business trip. If I spent the days before the race posted up on the beach with a pina colada, all that training would have been for nothing. And I suspect that’d be the same case for most people running destination marathons.

So when you reach your destination, delay the vacation activities until after your race. Sure, I walked down to the beach near my hotel and took in the view. And took an island safari jeep tour to experience Barbados without much physical activity. But I didn’t drink at all and held off on more tiring activities like diving and hiking until after I’d run my race.

Pick a comfortable place to stay 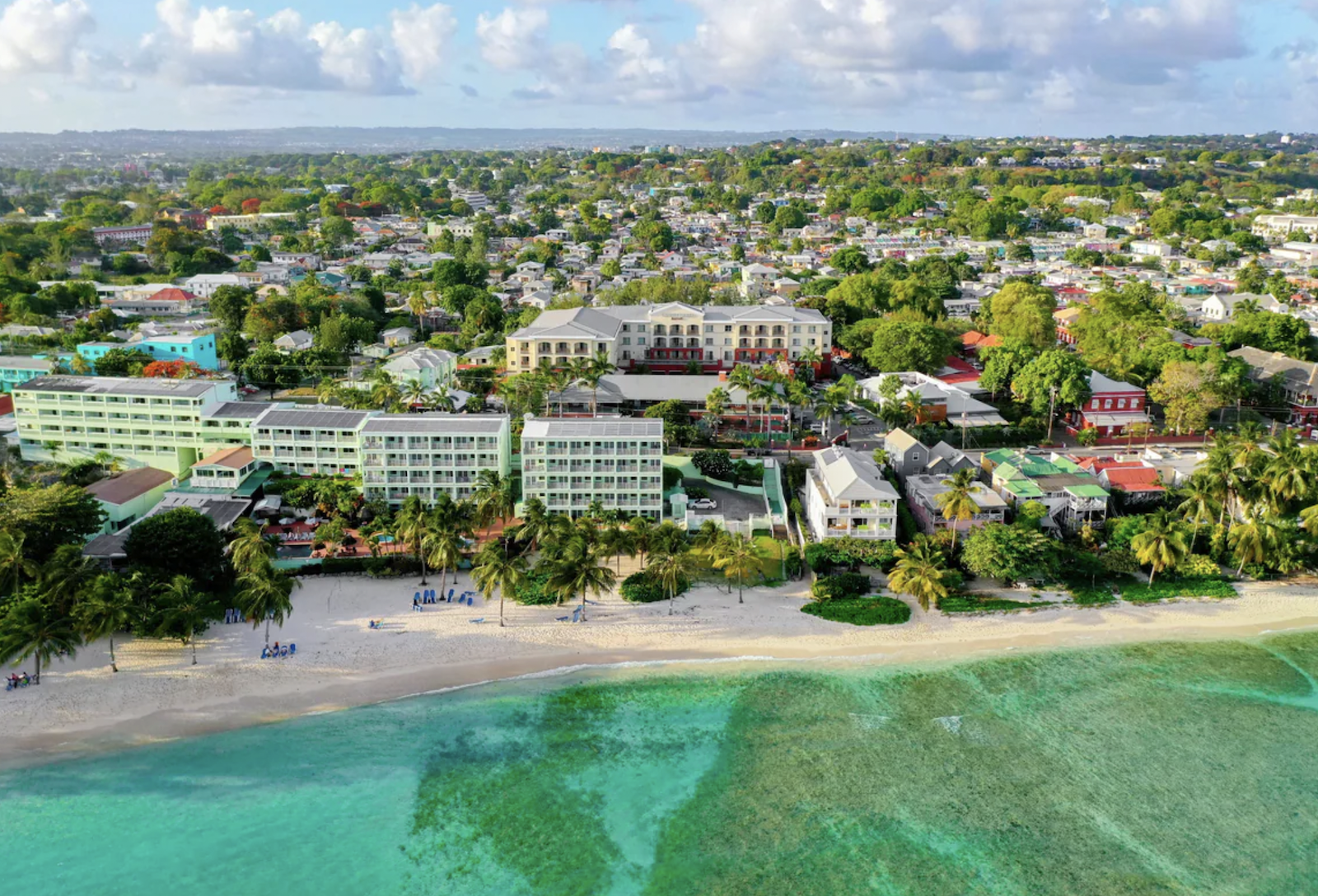 Speaking of hotels: selecting a comfortable place where you can relax is critically important. Staying at a splashy resort full of vacation activities isn’t the move, nor is trying to save money and rolling the dice on somewhere unpredictable. What you want is somewhere perfectly comfortable enough to genuinely rest and sleep uninterrupted, and it shouldn’t have too many distractions (so skip the beach club hotel on the nights before your destination marathons).

A safe bet is usually to stay at the host hotel. I stayed at the Courtyard by Marriott Bridgetown, Run Barbados’s official host hotel. It offered a small pool deck with a view of the Caribbean, so I got a nice sense of place without a poolside rager. The hotel also had a private beach across the street, so I could relax in paradise without loud crowds. The Courtyard is also only a quarter-mile from Bridgetown’s boardwalk, so I was able to get in a three-mile run by the ocean two days before the race.

Don’t test your stomach too much 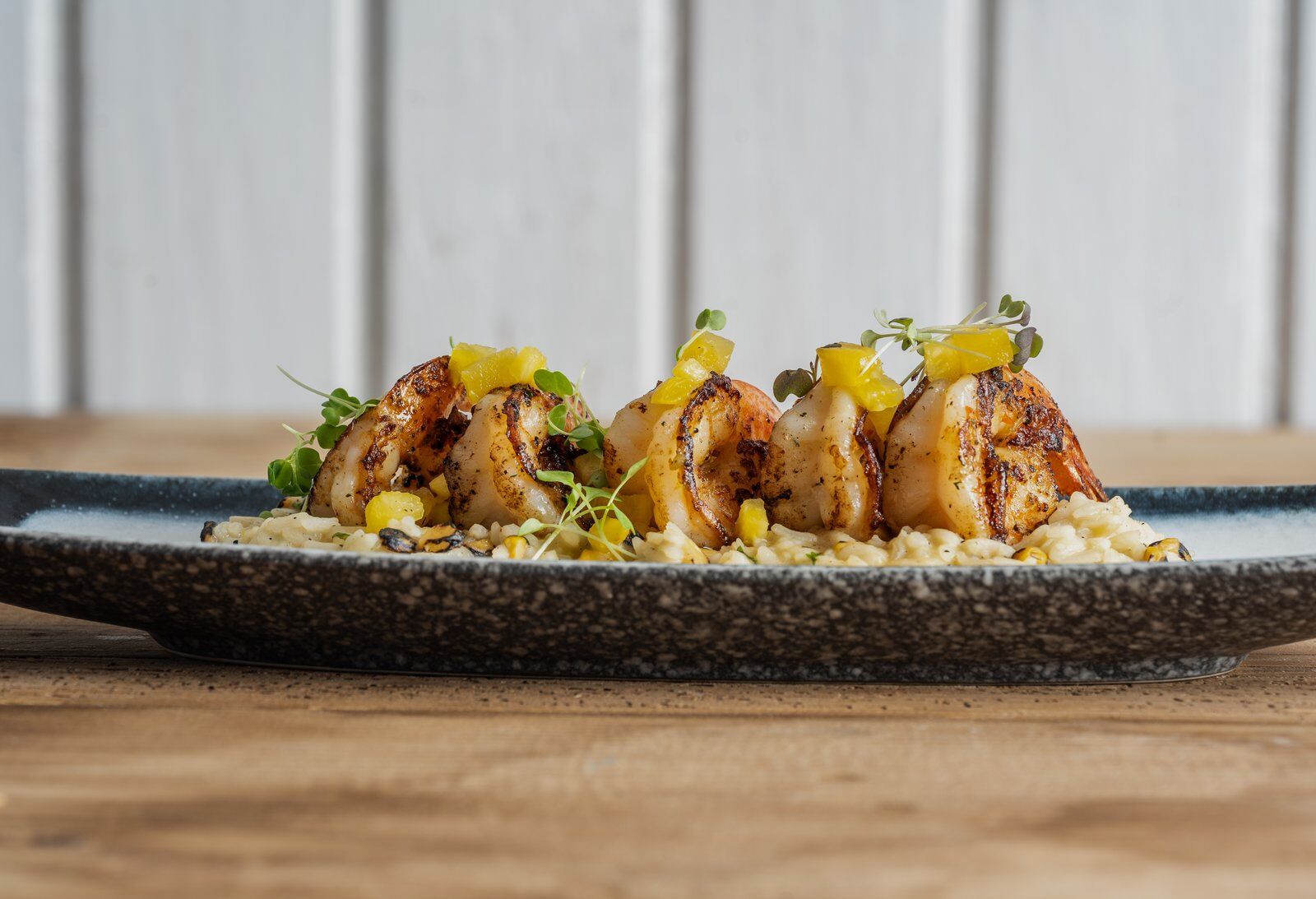 And when it comes to the days before the race, keep it safe, food-wise. While I’m a huge fan of roti, curry, and other Caribbean dishes, I made a point to stick to foods my stomach is used to in the days leading up to the race. While trying the local food is a must when traveling, it’s best saved for after the race. I’m not saying find the nearest Subway and make it your pre-race home, but I utilized the restaurant at the Courtyard and ordered simple dishes like light pasta and salad.

Let the rest of your vacation motivate you during the race 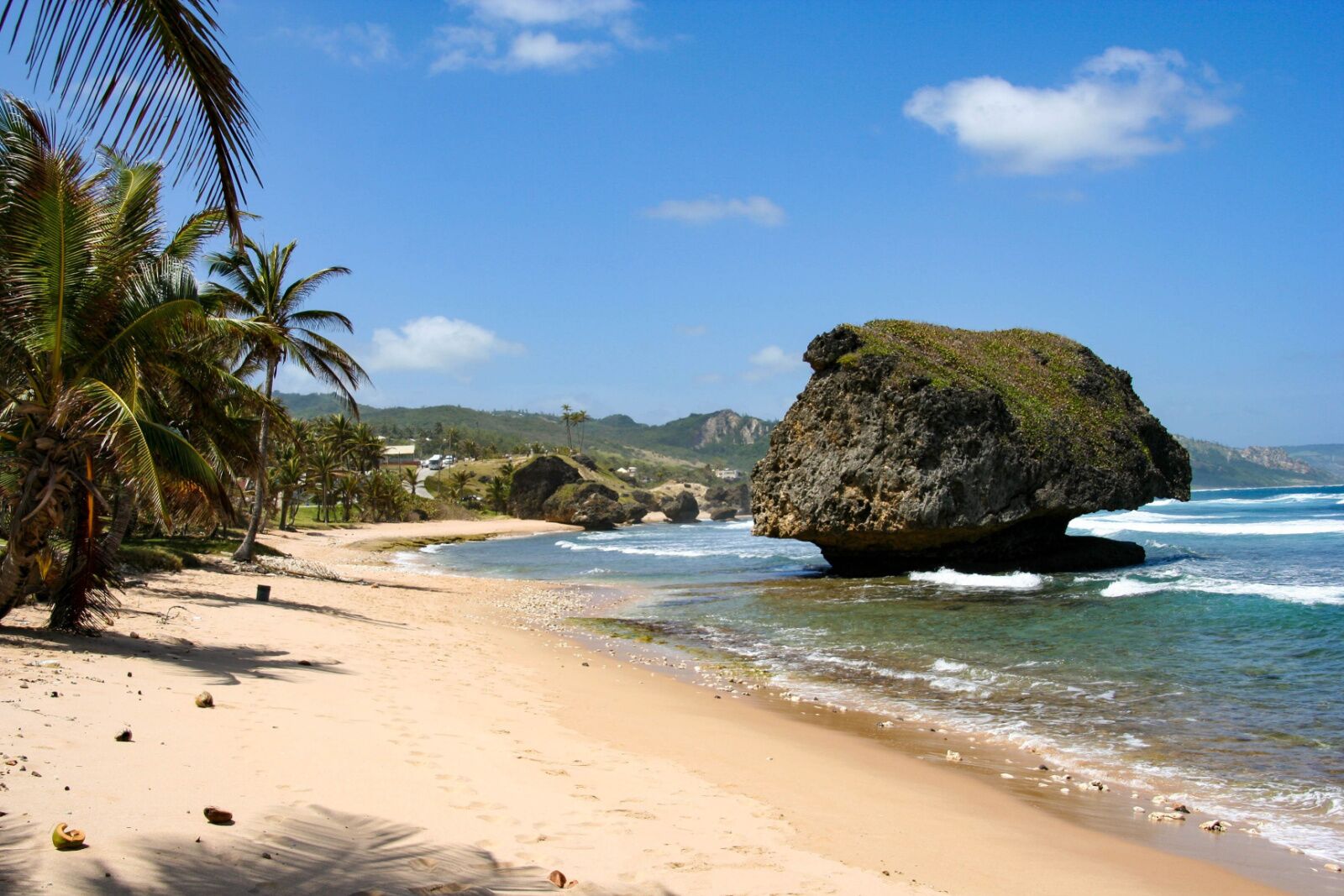 The race was held in Bathsheba Park, on Barbados’s less-developed east coast. On the calmer western side of the island is where you’ll find most of the resorts and tourist beaches. The western side is also rather flat and, topographically, at least, didn’t look a whole lot different than Florida.

The eastern side, however, is stunning, with vistas of bright green limestone cliffs dropping into the crashing waves of the Atlantic Ocean. The park is a massively popular surfing spot and looks more like the volcanic islands of the Lesser Antilles than the flat, beachy Barbados most tourists see.

The race began at 5:30 AM. Though it was still dark when we started running, the sun began to rise over the island’s Atlantic shore soon after. Though I was huffing and puffing, it still felt like a vacation. I focused on a standard 11-minute mile pace for the first couple of miles, but as the sun came up and revealed the island’s beauty, a funny thing happened: I got the race-day adrenaline rush I’d heard about, but never experienced. Destination marathons offer a bit of extra excitement you may not get from a hometown marathon, especially since you’ll be dreaming of all the fun vacation activities you’re planning as soon as the race is over. 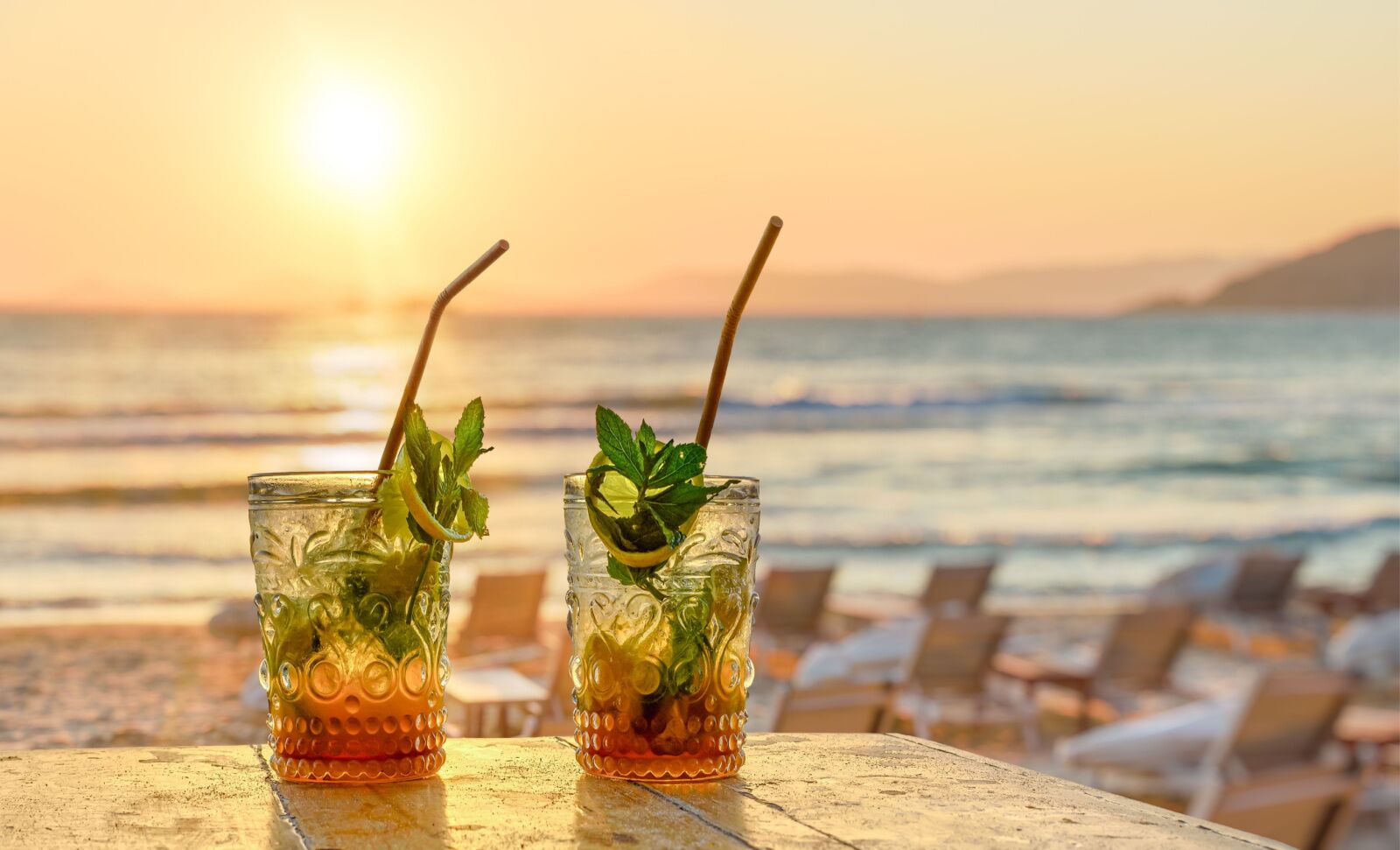 Let the idea of relaxing on the beach for the days after your race motivate you across the finish line. Photo: Lichtwolke/Shutterstock

The final two miles were painful, but the tropical scenery proved a welcomed distraction – having something interesting to look at makes the grueling parts of a marathon tolerable. And despite the extra pep in my step, I still stopped at every water station and had two cups of water, because you can’t hydrate too much during a tropical race.

The finish line, as it often is, was a little anticlimactic. It was more relief than excitement, and I was just happy to get another cup of water and retreat to the beach with my medal. And much as it was during training, the post-run stretch was a well-earned reward. Only this time, I stretched under a palm tree on the beach and let the ocean breeze cool me down.

RunningI Ran My First Half Marathon, and These Two Shoes Got Me Across the Finish Line
Tagged
Running Barbados
What did you think of this story?
Meh
Good
Awesome