In recent years, the Italian pre-dinner Aperol Spritz has skyrocketed in international popularity. Many think this alcoholic drink is ubiquitous throughout the Boot, and order it while in Italy in an attempt to look local. In fact, just like food, each region, city, and sometimes even town, has its own traditional drinks, from aperitif to digestif. On your next visit to Italy, try these seven traditional beverages — from coffee to booze to a delectable mix of both — and you’ll look like a local in no time.

1. When in Venice, order an ombra. 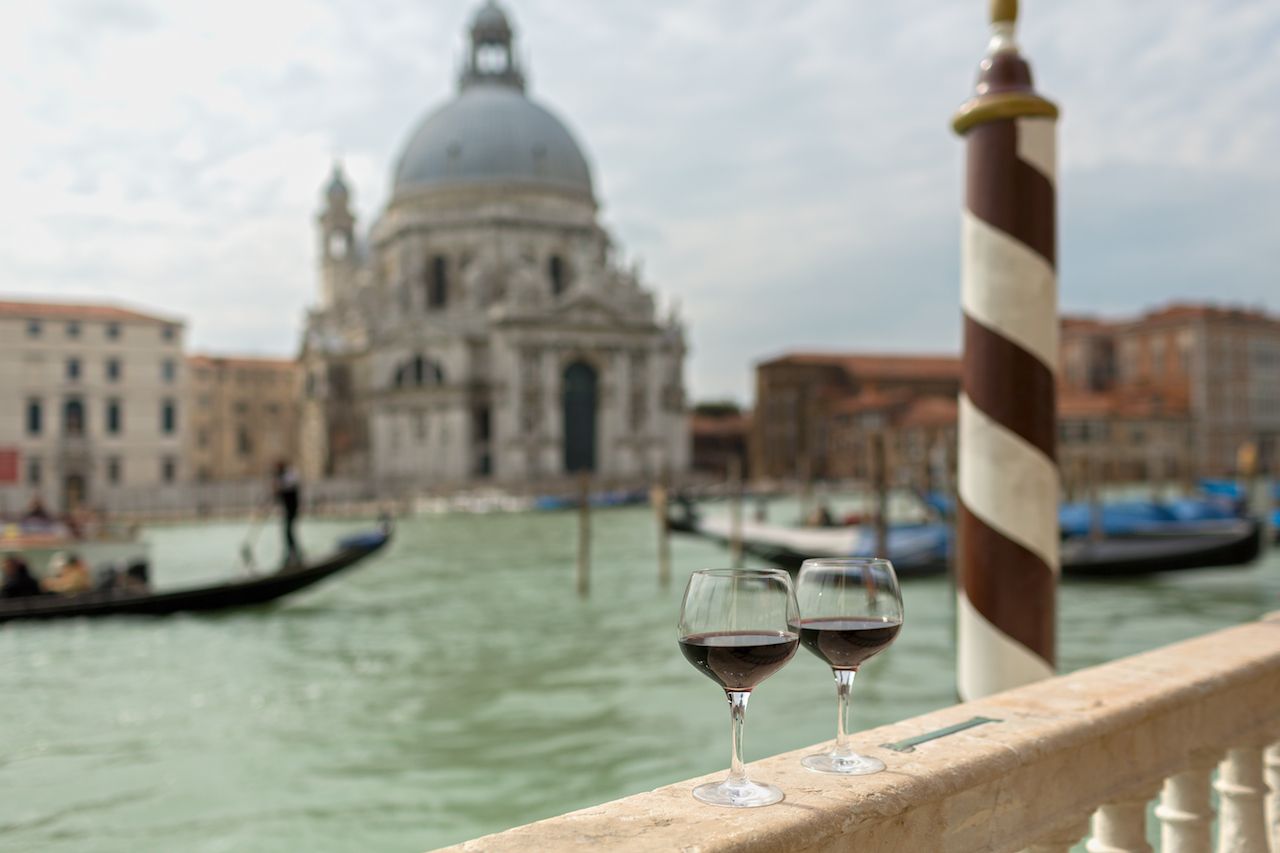 Real, hardy Venetians might be a rarity these days as tourists flood the city, but they can often be found in one of the tiny local bars, called bacari, with an “ombra” in hand. An “ombra” (“shadow” in English) is a small glass of red or white wine that can be bought for as little as one Euro. The origins of its poetic name are still unclear, but many say that it came from bars in St Mark’s Square, which used to move their chairs and tables around the square throughout the day, following the shadow of the Campanile to keep customers and the wine cool. You can go to bacari throughout the city to try an “ombra,” or even do a bar crawl down the Fondamenta della Misericordia and enjoy your wine while sitting by the canal.

2. When in Turin, don’t stir your Bicerin. 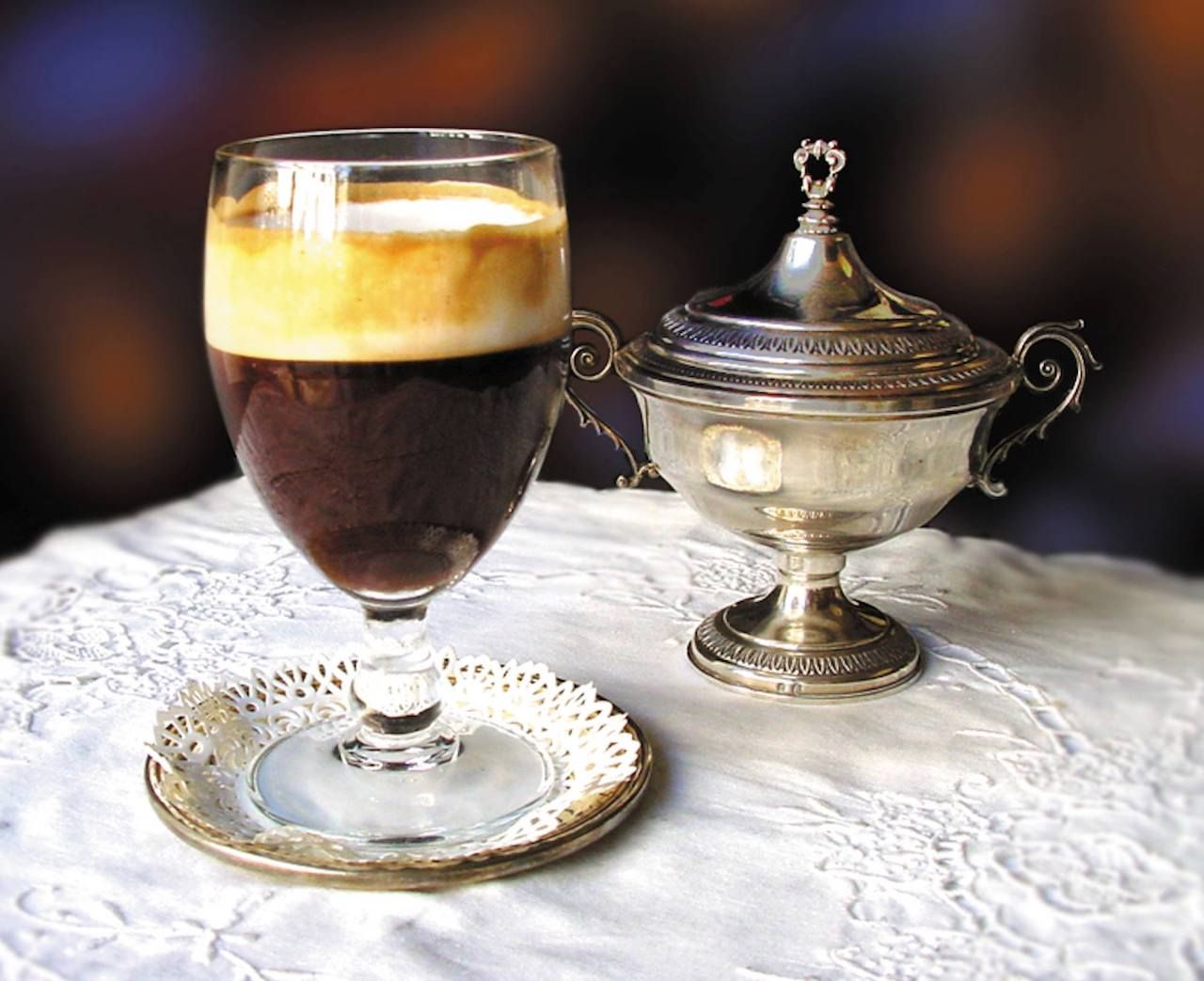 In the northern city of Turin, the cafés serve Bicerin, a warm, rich combination of espresso and hot chocolate, topped with a layer of thick, cold cream and served in a little wine glass. It’s thought that it originated at 18th-century institution Caffè al Bicerin, where the baristas will explain that the proper way to drink Bicerin is not to stir the layers of chocolate and cream together, but instead to appreciate the contrast between the bitter, warm chocolate and the cool cream. For around six euros, you can sample this traditional Turinese, dessert-like drink, which shouldn’t be confused with a liqueur of the same name made from gianduja, a mix of chocolate and hazelnuts.

3. When in South Tyrol, drink Bombardino as your après ski. 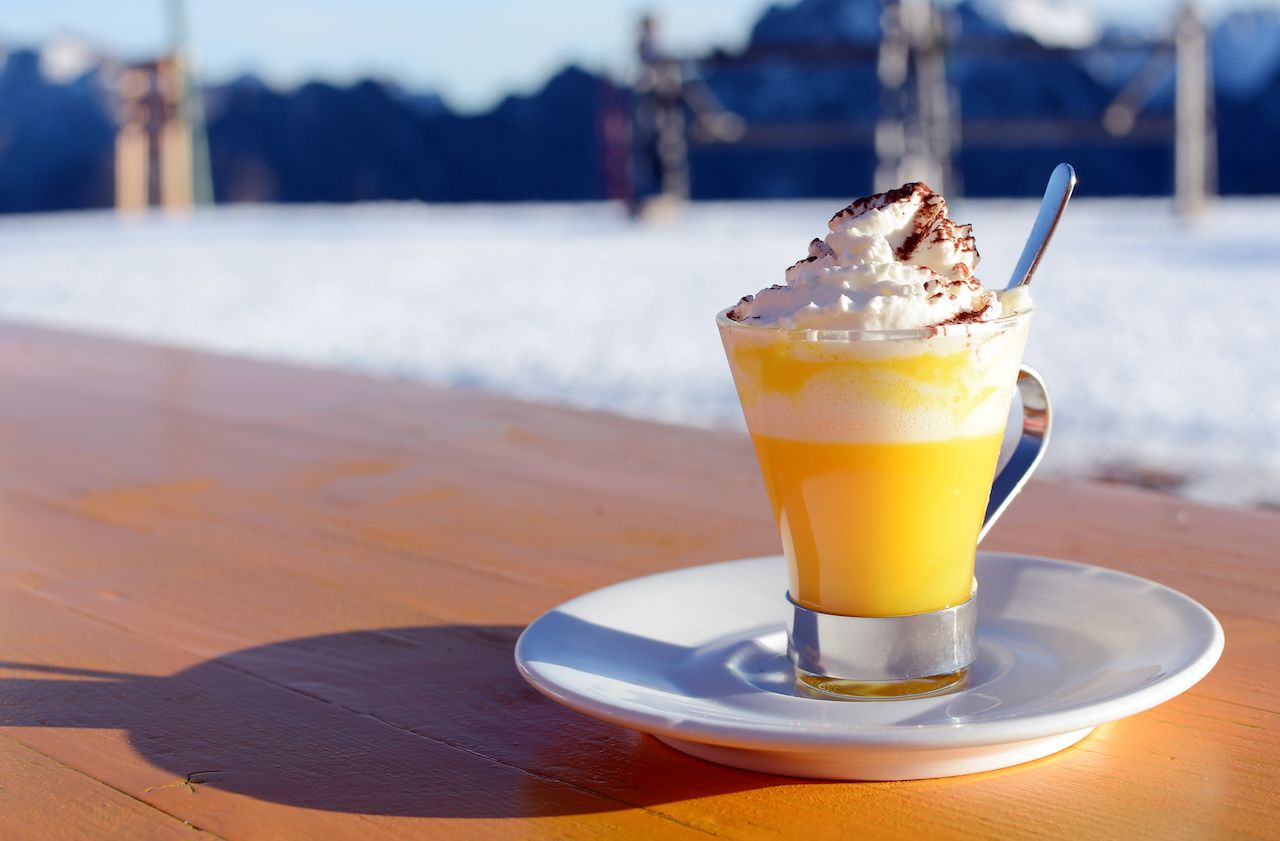 “Bombardino” is an Italian-style eggnog that is traditionally found in ski resorts across the Alps and in any self-respecting Christmas market. This bright orange “bomb” is a mix of equal parts advocaat and brandy, warmed up, with a generous swirl of whipped cream on top and a dusting of cinnamon. It is the perfect pick-me-up after a chilly day on the slopes, or any other winter activity. For a couple of euros you can furnish yourself with a shot of this strong winter warmer.

4. When in Val d’Aosta, don’t drink your coffee alone. 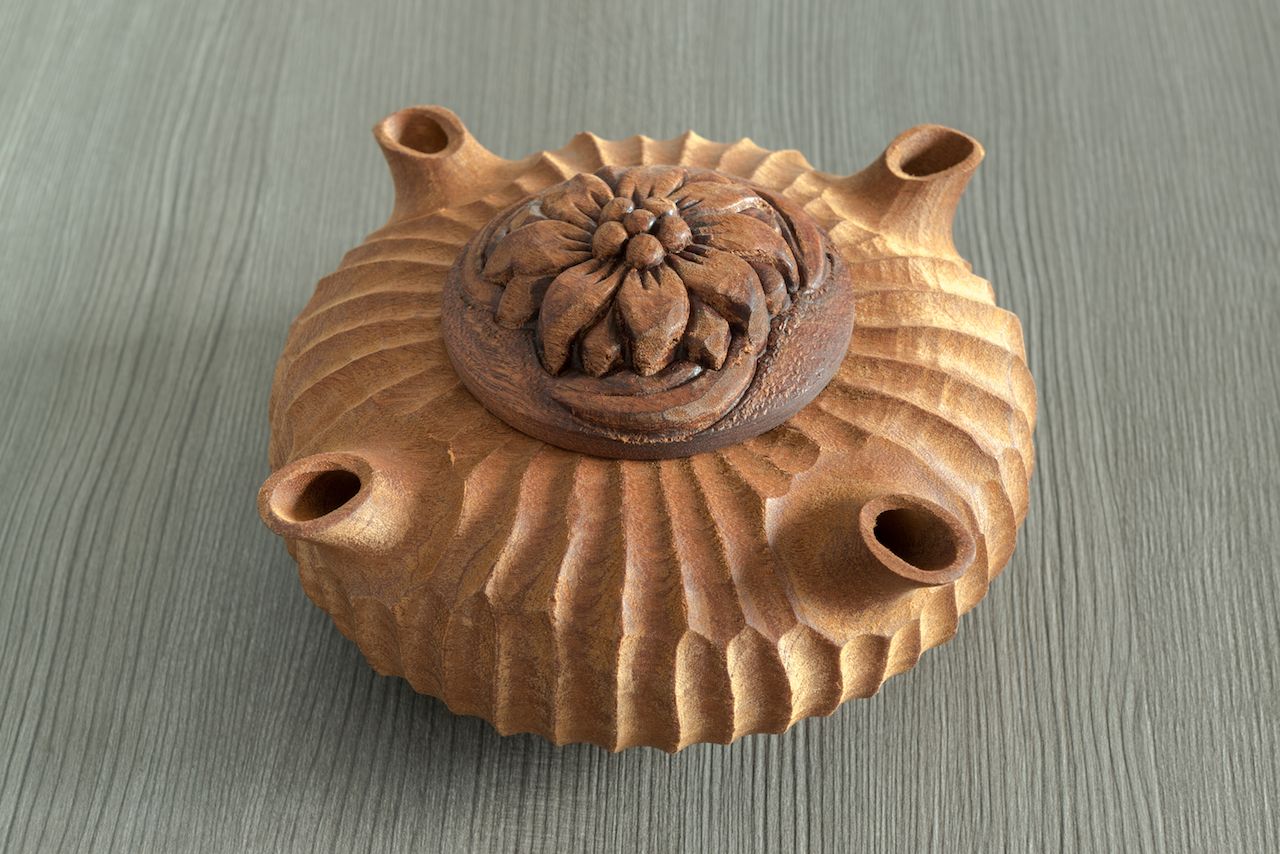 Eating and drinking in Italy is primarily a social experience. This is especially true when drinking this pepped-up version of coffee in Val d’Aosta in the northwest of the country. Coffee, sugar, grappa, and lemon zest are combined together and served in a coppa dell’amicizia, a carved wooden ‘friendship cup’ with multiple spouts to drink from. The rim of the cup is sprinkled with sugar and grappa and then set alight and allowed to burn until the sugar is caramelized. Once the flames are extinguished guests take turns drinking from the spouts.

5. When in Tuscany, drink vin santo with cantucci biscuits. 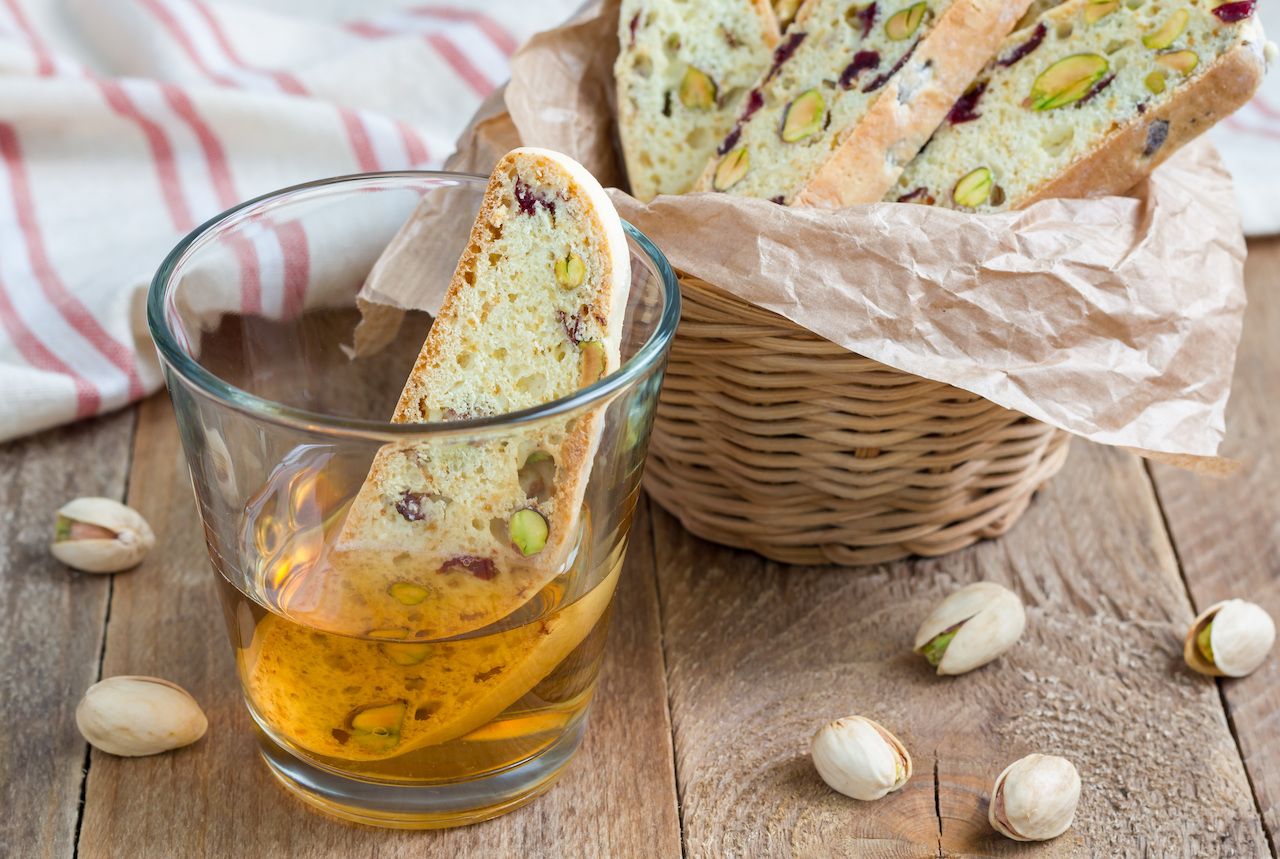 The most traditional dessert you can have in Tuscany is a glass of sweet, rich dessert wine, called vin santo, and a plate of crunchy biscuits for dipping. This Tuscan wine is made from drying grapes on straw mats in order to allow the moisture to evaporate and the sugar to be more concentrated. After fermentation, the wine is aged in small barrels, sometimes for as long as 10 years. For a true Tuscan experience, find a little local trattoria and finish off your meal with crispy almond cantucci biscuits dipped and steeped in a glass of DOC (origin controlled) vin santo until soft.

6. When in Bassano del Grappa, drink a mezzo e mezzo. 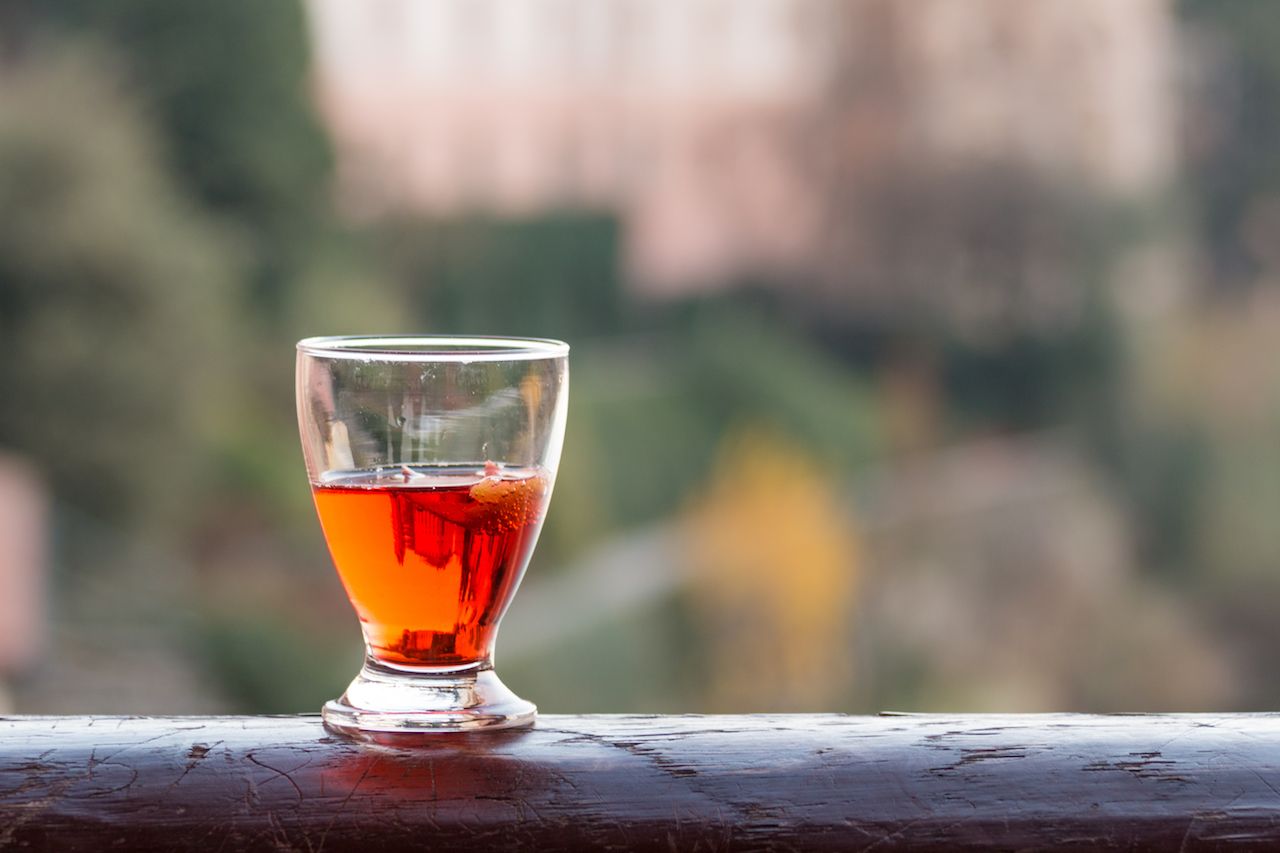 Bassano del Grappa, in the Veneto, has its very own, one-of-a-kind, aperitivo drink: the “mezzo e mezzo.” It is rarely found outside of Bassano, let alone the bar where it was invented. Nardini Bar, also famous for its grappa production, lies just off Bassano’s most famous monument, a wooden bridge originally designed by famed architect Andrea Palladio (but rebuilt many times). Each evening a crowd gathers outside, queuing to get their pre-dinner mezzo e mezzo. The name means ‘half and half’ because it is made from one part “Nardini Rabarbaro” and one part “Nardini Rosso,” which are both bitter aperitifs. It’s topped up with soda water and garnished with a lemon peel to serve. In typical Bassano fashion, it should be drunk standing on the bridge with a view of the sun setting over the river.

7. When in Italy, drink your coffee ‘corrected.’ 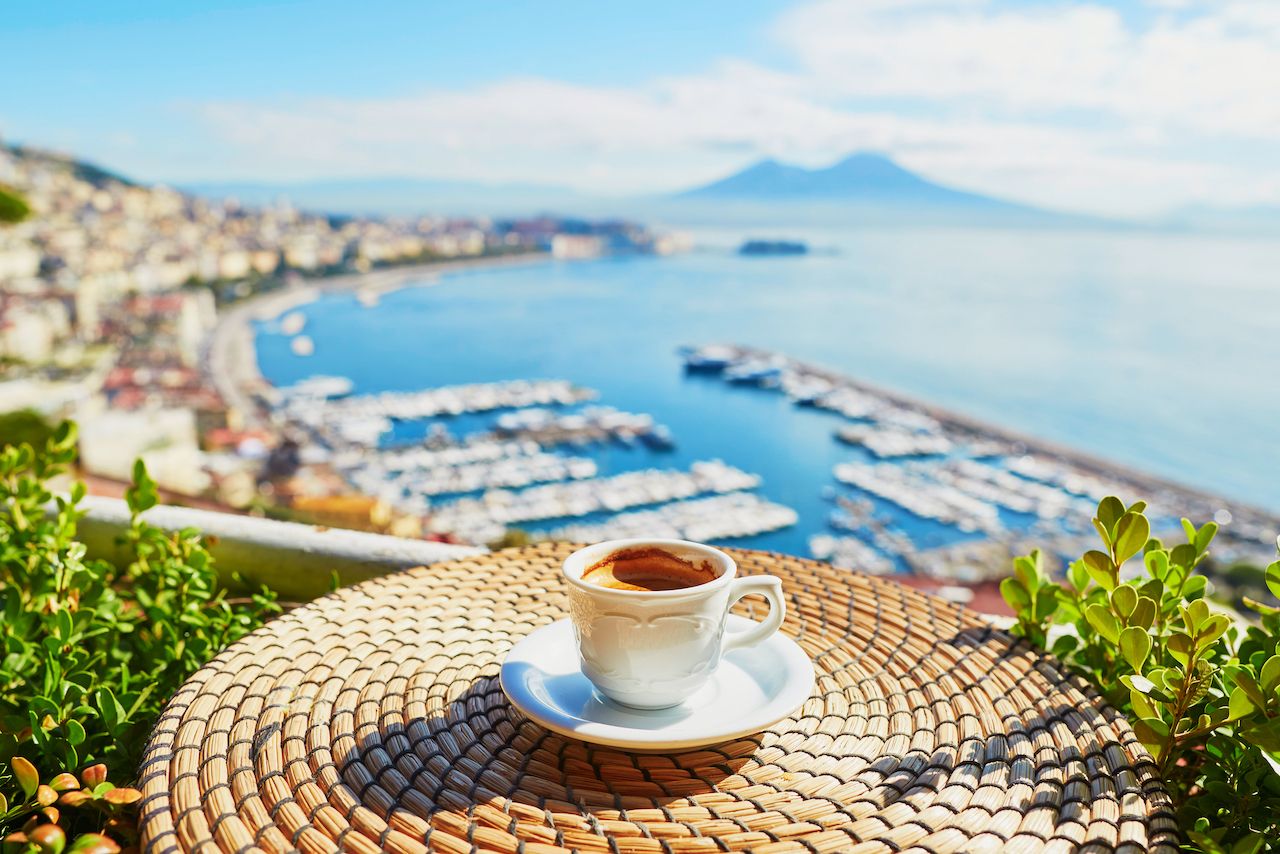 If you really want to blend in with the locals all over Italy, no matter where you are, then order your end-of-meal coffee ‘corretto,’ i.e. spiked. Typical corrective additions to espresso are grappa and Sambuca. Italians swear by a coffee and a high-alcohol ‘digestivo’ to help them digest after a big meal, so caffè corretto kills two birds with one stone!

DessertThe 9 Desserts You Need To Try in Italy That Aren’t Gelato
Tagged
Coffee + Tea Food + Drink Spirits + Cocktails Wine Italy
What did you think of this story?
Meh
Good
Awesome

67 Types of Regional Italian Pasta You’ll Find Across the Country
Follow These Food Rules To Eat Like a Local in Italy
Tourists Are Falling for This Scam All Over Florence, Italy
9 Dreamy Small Towns in Europe That Come Alive in the Winter
25 Dreamiest Airbnbs in Italy