Roughly 3.5 million people live in Dubai, of which only an estimated 15 percent are Emirati. It’s fitting that a city on a perpetual quest to shatter records would harbor one of the most diverse populations in the world, at once housing the tallest building on Earth and a society comprised of expats from every corner of the globe.

More than its high rises, theme parks, and artificial islands, this multiculturalism is what makes Dubai shine. Nowhere is this more obvious than in Dubai’s food culture, from its markets to its restaurants to its heritage centers. These six experiences evidence just that, blending culture and food in celebration of the city’s international influences.

Emirati education over a Bedouin-style breakfast 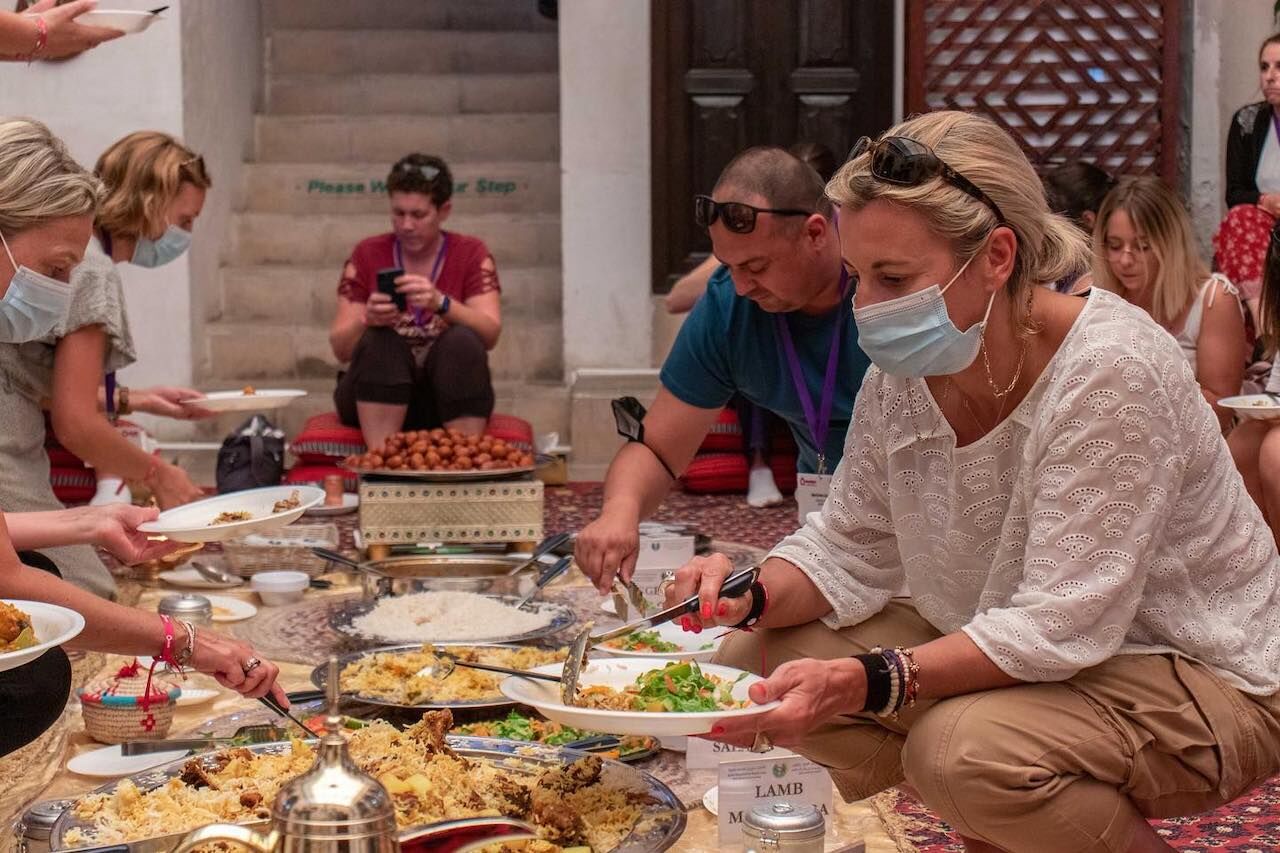 For all of its diversity, Dubai can feel more like a mezze platter of national identities than a melting pot. Survey the city atop the Dubai Frame, and you’ll see these figurative lines drawn in the literal sand, with the old-town neighborhoods where Emiratis live occupying one part of the city and the downtown areas where the glitterati vacation sprawled across the other.

In 1998, in an effort to promote cultural integration, the ruler of Dubai and prime minister of the UAE established the Sheikh Mohammed bin Rashid Al Maktoum Centre for Cultural Understanding (SMCCU) in the Al Fahidi Historical District. His aim was to create a safe space for foreign nationals to learn more about local customs as part of a larger initiative to reconcile the many cultures that represent Dubai today.

Through the SMCCU, visitors can book heritage or walking tours, mosque visits, and more, but the real treat is the cultural meal program. Take the breakfast service, which makes for the perfect introduction to any Dubai trip. Participants gather on the floor, Bedouin-style, before a spread of traditional Arab dishes. This might include balalit (sweet vermicelli noodles with egg), dango (boiled chickpeas with chilies and spices), and lugaimat (deep-fried dough balls), as well as Arabic coffee that’s paired with sweet dates.

As guests enjoy traditional Dubai cuisine, local hosts provide context for the dishes presented and explain regional eating customs. They tell stories from their childhoods, share details of their lives, and serve as all-around Emirati ambassadors. The conversation is candid, and questions are encouraged, bar none. All that, and the food is decidedly delicious. Brunch, lunch, dinner, and afternoon tea experiences are also on offer throughout the week.

A marketplace for every taste 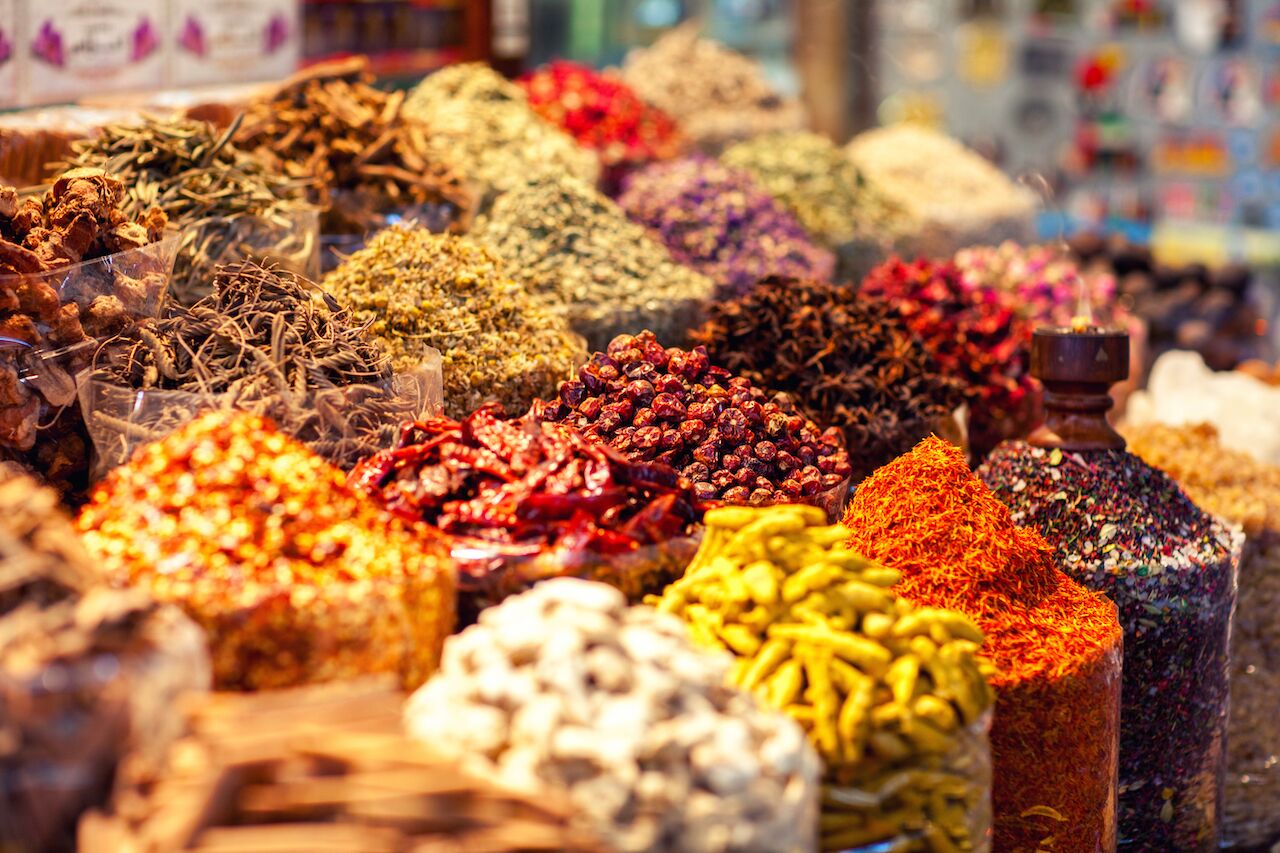 Market culture is a global phenomenon. Souks, bazaars, chowks, etc. — all over the world, marketplaces powered by local vendors serve as important commercial and community centers. The same goes in Dubai.

Travelers seeking Arab souvenirs can find a souk for every ware. Several line the Dubai Creek in Deira, a historic shopping district. Among the most famous is the Gold Souk, whose nearly 400 retailers qualify it as one of the largest gold markets in the world, though jewelry made from silver and gems is also sold here. A few minutes in any direction, Deira’s Spice, Perfume, and Textile Souks are equally worthwhile.

Other areas of the city highlight Dubai’s diversity in the form of markets catering to international goods, notably those of its South and East Asian denizens. Meena Bazar in the Bur Dubai district, for example, specializes in Indian fashions, accessories, and handicrafts while Dragon Mart’s thousands of shops and restaurants comprise an emporium of Chinese products. At the Global Village festival park on the outskirts of Dubai, typically open from November to May, roughly 80 countries are represented through food and souvenir stalls, concerts, attractions, and rides. Visit after dark to experience a night-market spectacular.

Earlier this year, another type of market showcasing global flavors opened in downtown Dubai’s Souk Al Bahar: Time Out Market. Like its counterparts in Lisbon, Miami, New York, Boston, Montreal, and Chicago, the trendy food hall is decidedly more polished than your average grocery or food court. But it’s a fun microcosm of Dubai’s restaurant scene where eaters can sample a variety of cuisines, from Balkan breadstuffs to barbecued brisket.

From the Dubai Eye to the heart of London 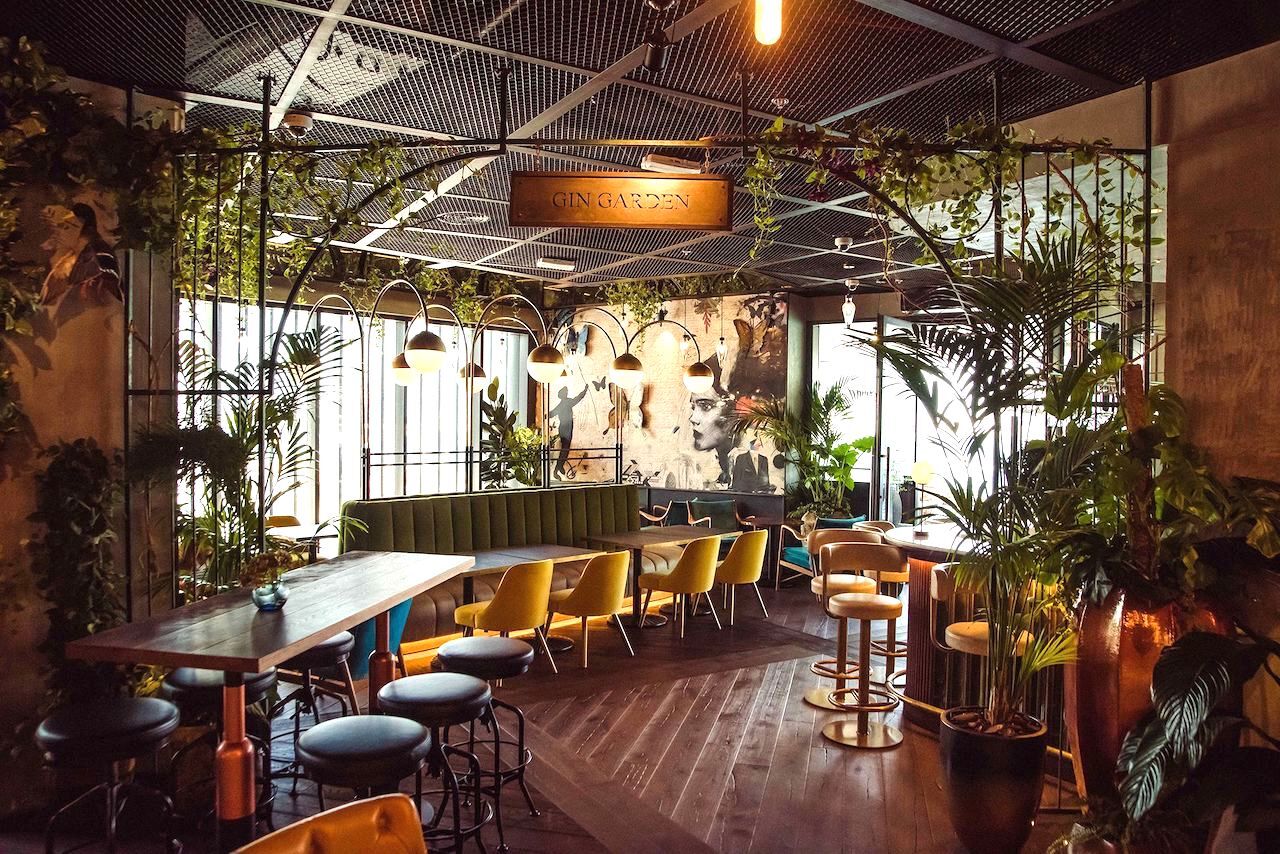 When Ain Dubai, or the Dubai Eye, opened in October, the 820-foot observation wheel became the world’s largest, eclipsing the previous record-holder by nearly 300 feet. Across the street from the mammoth must-ride is another recent addition to Bluewaters Island, a lifestyle destination overlooking the Dubai Marina. It’s called the London Project, and it bills itself as an “immersive dining destination and social movement.”

The botanically decorated restaurant-bar’s moniker is a bit of a misnomer. The menu lacks a geographical theme, least of all British fare. What its name really homages is the British capital’s cosmopolitanism, a quality that the UAE’s second city shares. Like Time Out Market, the London Project is more contemporary fun than strictly cultural, but we’d bet you’ve not visited a cooler establishment in ages–nor sipped a craft cocktail whose presentation requires quite so many props.

Entertainment from across the globe

Dubai’s nightlife is iconic. But there’s more to going out in the emirate than club-hopping in designer digs. On such example is the Dubai Opera, an opulent multi-use performing arts center that stages classic and contemporary operas, ballets, musicals, and more. Here, travelers can choose between a variety of productions with global origins, be it Anna Karenina or The Nutcracker, Chicago or Mamma Mia, a flamenco show, a standup set, or the “Pink Floyd Experience.” See what’s on when you’re in town for a night you’re guaranteed to remember. 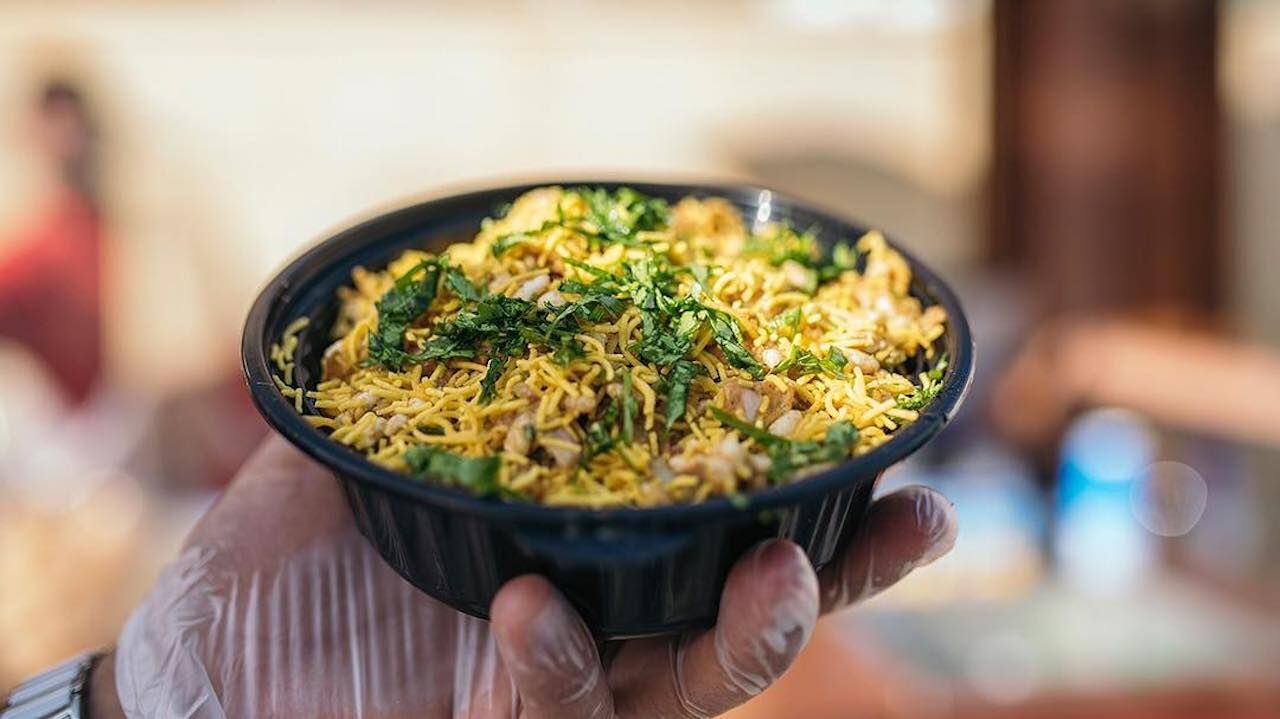 Another option for multicultural entertainment is Bollywood Parks Dubai, a theme park inspired by India’s film industry. It’d be easy to spend a whole day here, starting with the rides and attractions, but you can also come for dinner and a show. Namaste India, the on-site restaurant, was modeled after the Amber Fort in Rajasthan while the Rajmahal Theatre nods to an amalgam of royal palaces. Music and dance can also be enjoyed at the Bollywood Boulevard Stage any time of day, with street-food carts nearby to keep your mouth equally entertained. 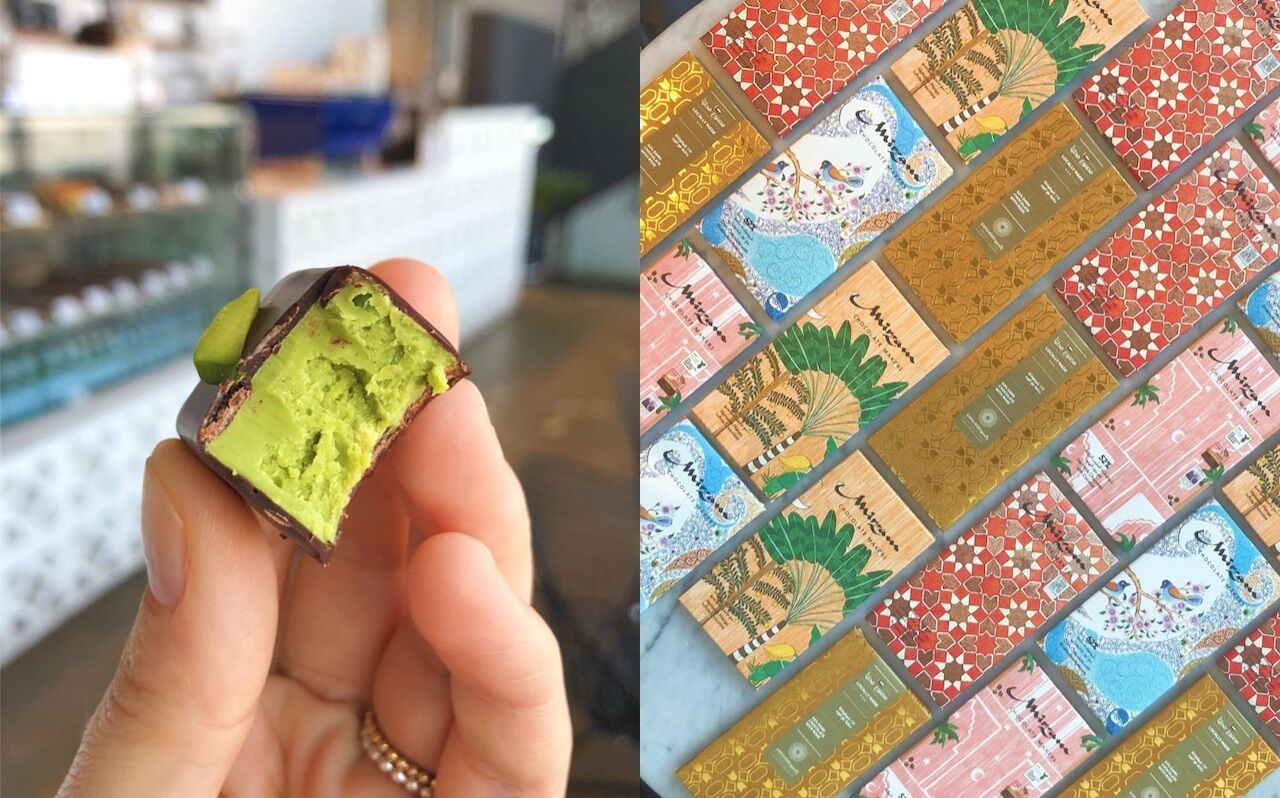 Centuries ago, maritime merchants sailed the seas separating East from West in search of foreign goods. Their voyages mapped what would become known as the Spice Route, a network of trade lines that not only facilitated the exchange of flavors from Asia and the Middle East to Europe but also knowledge, traditions, and culture. Centuries later, the fruits of these same voyages inspired New Zealand-born, Dubai-raised Kathy Johnston to open Mirzam Chocolate Makers, the city’s premier craft chocolate operation.

Johnston, Mirzam’s self-titled Chief Chocolate Officer, describes her love of cocoa as a “lifelong obsession.” In 2016, she channeled that obsession into a bean-to-bar confection company that specializes in single-origin chocolates. The Mirzam team sources its cocoa beans from plantations located on the historical Spice Route, which includes countries like India, Indonesia, Vietnam, Papua New Guinea, and Madagascar. Their creations also incorporate flavors that pay tribute to these destinations and Dubai’s cuisine, from star anise, jaggery, figs, and fennel to dates, halwa, and kabeesa, sweets that are enjoyed throughout the Arab world.

Mirzam is more than just a chocolate shop, however. It’s a storefront, cafe, and glass-paned production facility that puts a premium on transparency. Here, visitors can observe every step of the chocolate-making process, from the sorting and roasting of the beans to the tempering, molding, and packaging of the final products. Each bar is hand-folded in an illustrated wrapper designed by local and international artists.

Tours of the Mirzam factory are a lesson in both history and taste. If you’re lucky enough to be led by Johnston, you’ll also be privy to the perspective of a dual national who calls Dubai home. After, stick around a while — preferably with a cup of thick, rich hot cocoa in hand — to see for yourself how Mirzam’s cafe quadrant doubles as a social outing for sweets-loving locals.

A drive through dunes and a moonlight feast 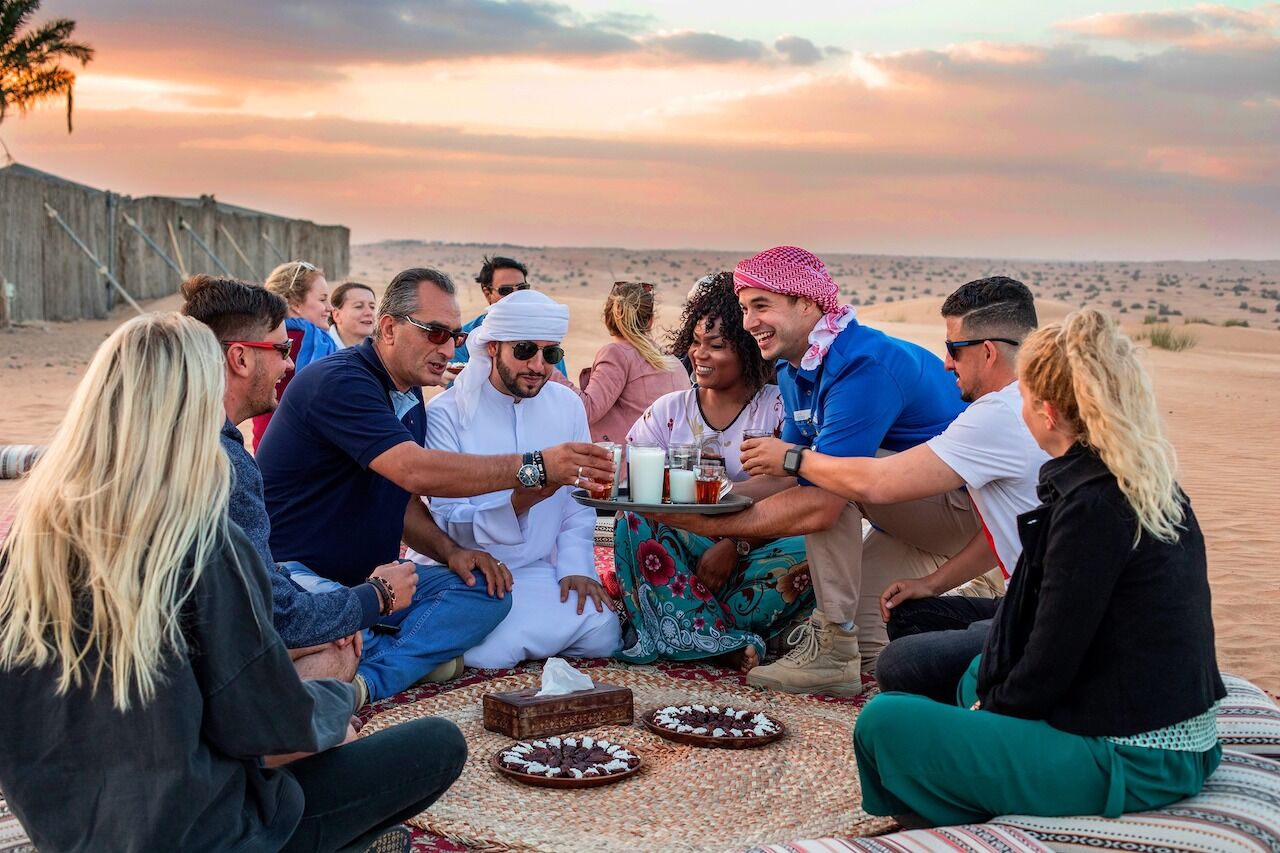 Deep down, Dubai is a desert town. Beyond its ever-expanding infrastructure, it’s a city made of sand, where falconry is a birthright and semi-nomadic peoples have lived among the dunes for millennia. To see Dubai in full, both the glamorous destination it’s marketed as today and the Arab homeland it’s always been, a desert safari is hard to beat.

“Eco-luxury” safari company Platinum Heritage operates three tiers of expeditions: Heritage, Platinum, and Overland Collections. Heritage safaris transport guests to the Dubai Desert Conservation Reserve roughly 45 minutes outside city limits, where they’re loaded into vintage Land Rovers to survey the landscape and ideally encounter wildlife such as Arabian oryx. Occupying five percent of Dubai’s total land area, the reserve was established in 2002 by Emiri edict as a means of protecting the emirate’s desert habitat and its endangered species. After the drive, visitors are shuttled to a sunset falconry show, invited to participate in an ethical camel ride, and then taken to a beautifully appointed Bedouin-style camp.

Like any cultural activity this writer is wont to recommend, the Heritage safari experience culminates in a feast. Dinner is served in four courses, combining dishes guests might already love, like houmous and fattoush salad, with recipes they may not have tried, like shorbat adas (lentil soup), ouzi (spiced lamb), and camel meat and milk. With dinner comes traditional drumming and dance performances, as well as shisha for those so inclined. Overnights at the camp are also possible, followed by an early morning hot-air balloon ride.

Whatever collection you choose, nature-loving guests can feel good about their safari experience. A percentage of every booking is re-invested in desert conservation.

I'm an American Expat Living in Dubai, Here's What It's Like To Watch the US Election

9 Things I Wish I'd Known Before Moving To Dubai