On a recent trip to the Isle of Palms, it took less than a day to learn that one of America’s original horror writers, Edgar Allan Poe, is a source of obsession in this small corner of South Carolina. The Uber driver taking me from my hotel 20 minutes southwest to nearby Sullivan’s Island my first day there took it upon himself to educate me.

“Did you know Edgar Allen Poe lived on Sullivan’s Island?” He asked. I did not know. “He joined the military under a pseudonym.”

I’ll admit I didn’t think much of comment until he dropped me off at the small strip of restaurants that comprise Sullivan’s miniature downtown area. There’s a cafe called Coop’s that serves frozen rosé to go and a gourmet pizza restaurant called The Obstinate Daughter. But by far the island’s most well known, and arguably its most popular restaurant, is Poe’s Tavern.

The restaurant serves classic American fare — fish tacos, pimento smeared burgers, and local beer — but it’s dedicated to Poe. Namely his face, in several different iterations. The walls are plastered with Poe-themed artwork: movie posters, hand-painted recreations of his famous daguerreotype. His portrait is even painted on the red brick above the fireplace. Poe’s taciturn smirk is inescapable here.

To understand why Poe holds such a revered place in the history of Sullivan’s Island, you have to go all the way back to the early 1800s. 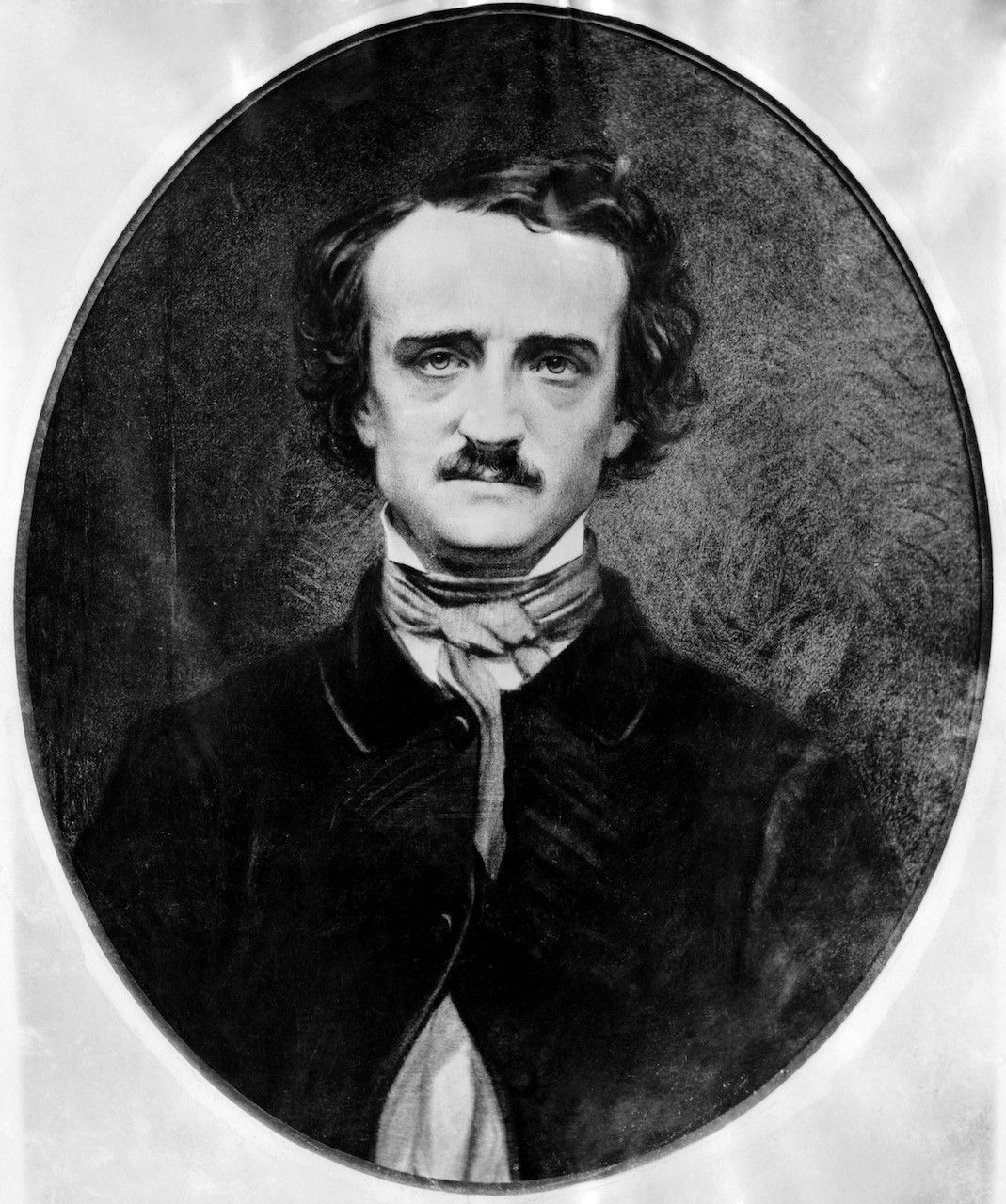 “Poe joined the Army after dropping out (flunking out, partying his way out?) of the University of Virginia. He joined under the assumed name E.A. [Edgar] Perry,” Mike Walsh, a historian and tour guide at the Battery Gadsden Cultural Center on Sullivan’s Island, tells me. Poe was just 18 years old at the time.

Despite the fact that Poe enlisted under a pseudonym because he was ashamed of his reduced position in life, he thrived in the military. Walsh supposes that his success might have stemmed from the fact that he completed more formal education than his compatriots and “because for the first time in his life he had some structure.” In fact, Poe was so desperate to rewrite his own history that he would later fabricate escapades in Greece and Russia to account for the years he spent in the service.

Poe served as an artificer, which is a specialist in artillery. He rose to highest rank afforded to enlisted men at the time: regimental sergeant-major. In 1829, he was discharged from the service, just one year after his company was transferred to Point Comfort, Virginia. He lived on Sullivan’s Island for just 11 months, but Poe’s time on Sullivan’s Island stuck with him, and he ended up using the setting as inspiration for one of his most popular stories, thereby solidifying his status as a South Carolina icon. 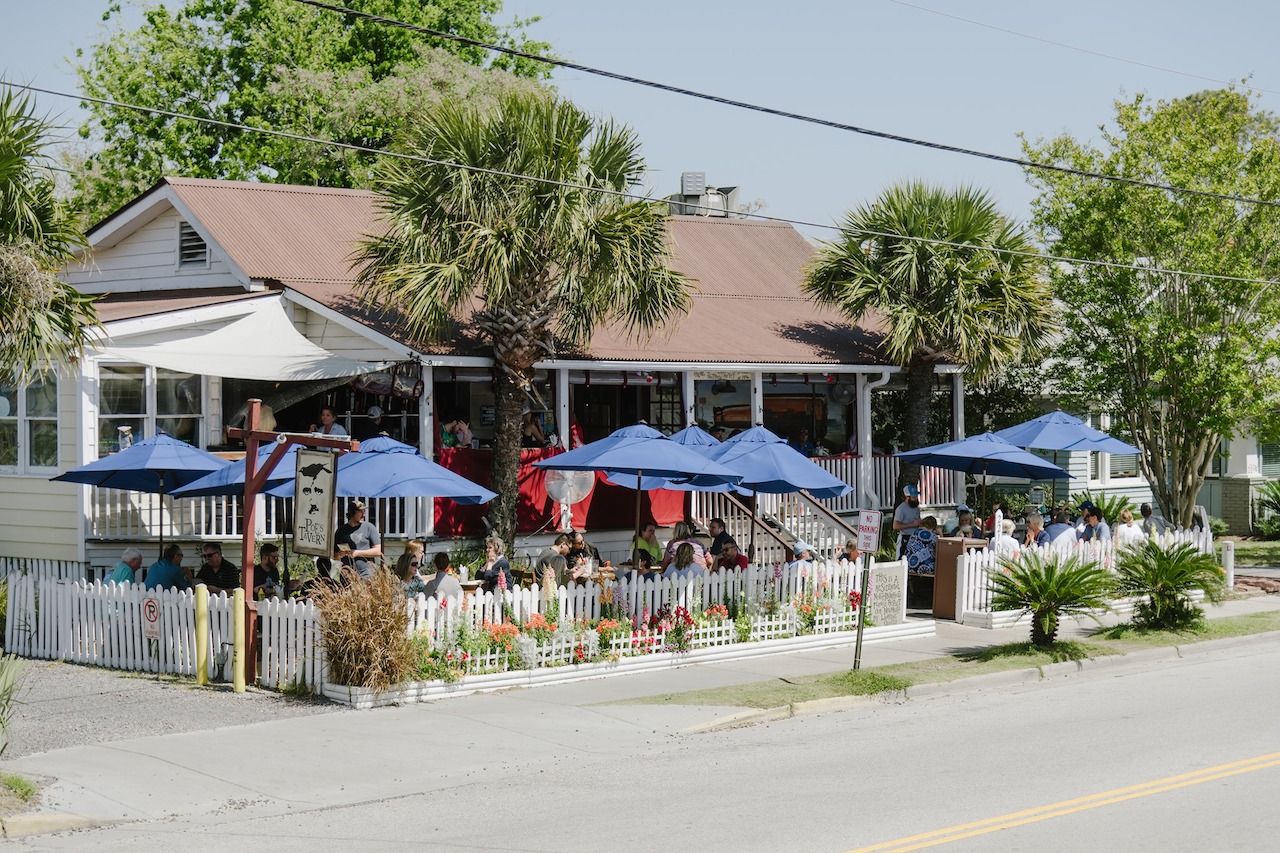 “It was his use of Sullivan’s Island in ‘The Gold Bug’ that has led to some of our streets being named Goldbug, Poe, and Raven,” Walsh says. “Back on Goldbug Street there is a massive live oak tree nicknamed the Goldbug tree.”

“The Gold Bug” is an homage to South Carolina. Its opening pages describe Charleston (another story, “The Oblong Box,” also references the city) before it comes to his depiction of Sullivan’s Island: “The island is a very singular one. It consists of little else than the sea sand and is about three miles long. Its breadth at no point exceeds a quarter of a mile. It is separated from the mainland by a scarcely perceptible creek, oozing its way through a wilderness of reeds and slime…”

If you’re visiting the nearby Isle of Palms, a slender barrier island off the coast of South Carolina that’s dotted with beach front condos, you might recognize his description. There’s also a good chance you’re going to drive by Wild Dunes resort, an expansive 1,600-acre complex at the east end of the island. That golf course holds the key to the island’s most widespread legend regarding Poe.

Jeff Minton, the director of golf at Wild Dunes resort, moved to Isle of Palms 16 years ago from Arizona. When he started working at the resort’s golf course in 2005, his colleagues passed a strange tale down to the unsuspecting Minton, who had never read a word of Poe before arriving on Sullivan’s Island.

Minton learned that the legend sprung up straight from the plot of “The Gold Bug.” In the story, a destitute former aristocrat named William Legrand finds a scarab beetle made of pure gold. Legrand discovers that the beetle is the key to finding buried treasure left behind by Captain William Kidd, a Scottish sailor executed for piracy in 1701. Legrand decodes a cryptogram hidden on a piece of parchment and follows the resulting directions to the treasure. The legend has since evolved. Locals now claim that the treasure map led to a tree on the Isle of Palms — a tree that is now located on the 14th fairway of the Wild Dunes Resort golf course. 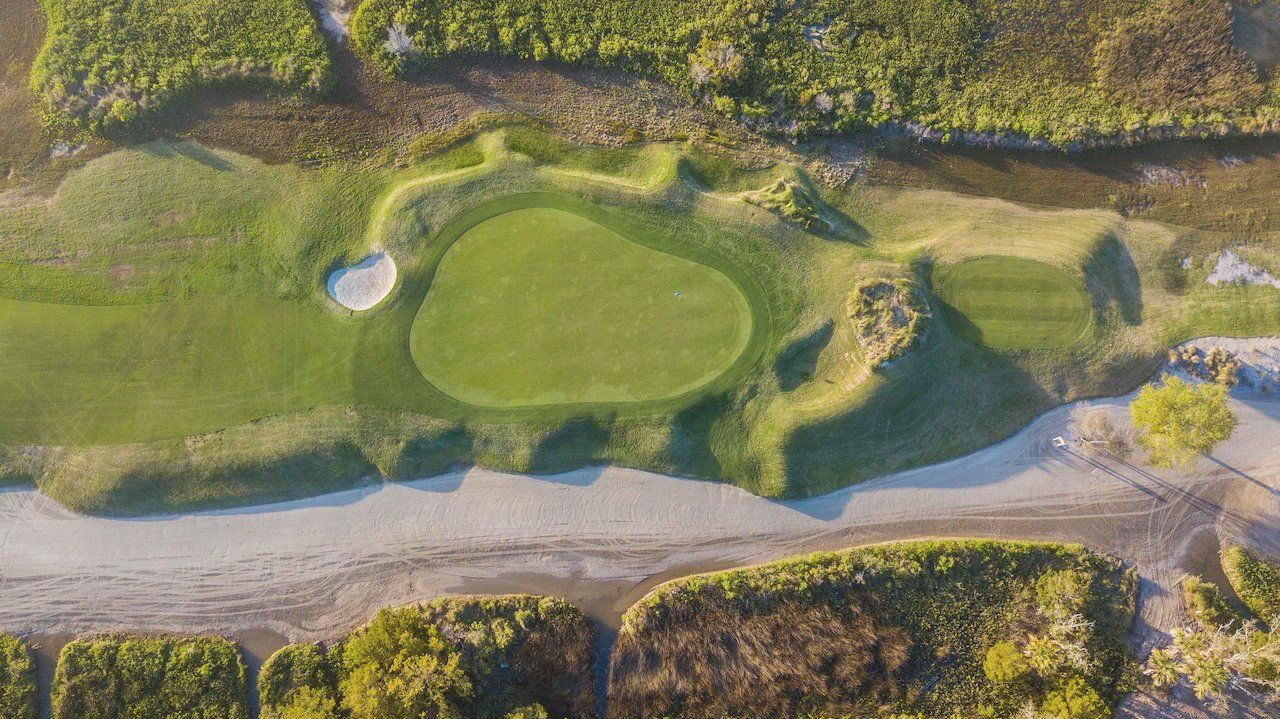 “Over the years that tree has deteriorated, so we had to put concrete in between where the tree might split in two,” Minton says, “so if anybody asks, ‘What’s that concrete over there near number 14,’ I’ll tell them, ‘Well allegedly that’s the tree in ‘The Gold Bug’ where Edgar Allan Poe looked for buried treasure.’ People like to take pictures with it.”

The legend, like most legends, is not strictly true — there’s no evidence Poe ever searched for the treasure himself — but South Carolinians have long been eager to claim Poe as a uniquely Southern writer. And for good reason: Today, Poe’s name is synonymous with the Southern Gothic literary genre though he was born in Boston.

According to an article by College of Charleston professor Scott Peeples, a member of the Poetry Society of South Carolina named John Bennet helped fundraise efforts in 1922 to erect an Edgar Allen Poe shrine in Richmond, Virginia, where Poe lived for many years. The shrine, and a museum dedicated to the writer, still stand today. That dedication to Poe’s memory did not fade with time. From 2007 to 2011, Sullivan’s Island resident Carol Antman produced the play “Edgar Allan Poe: Back From the Grave” at the Creative Spark Center for the Arts (which is now closed).

“It involved vignettes staged in the various rooms within [Fort Moultrie’s] labyrinthine hallways: poems, scenes, Poe himself writing,” Antman wrote to me in an email. “One year there were sword fights, one year the audience danced. We brought in a special effects company that added projections and stage lighting including a heartbeat that could be heard for blocks. It was always different.”

It’s not surprising that Poe was drawn to the South. Poe crafted an aura of mystery around his life, and the writing itself fit the writer’s reputation. He is considered one of the inventors of the detective fiction genre, and his macabre mysteries are equal parts thrilling and spine-tinglingly creepy. The Southern landscape is replete with some of these traits — ghostly, haunted marshal; deserted islands overgrown with vegetation; old, creaking houses with history imbued in their very walls. No wonder Poe found a place like Sullivan’s Island, which was more an unexplored wilderness back then than the vacation destination it is today, ripe for a tale of murder and intrigue.

On Oct. 3, 1849, 19 years after Poe graduated from West Point, he was found delirious, wandering the streets of Baltimore, wearing clothes that did not belong to him. He died like he lived — under mysterious circumstances that are still the subject of much speculation. Perhaps he would be surprised to learn how deeply he impacted a place where he spent so little time, but Poe would probably be pleased that legends of buried treasure and pirates still linger on the island long after his death.

The 17 Best Myrtle Beach Airbnbs for the Perfect Beach Getaway

Experience the History of Southern Food at These Airbnb Cooking Experiences

Myrtle Beach: Even in Winter, There's No Better Place To Be