Early April isn’t a popular time for cross-country bicycle trips in the upper reaches of the Northern Hemisphere. Especially not in Iceland, where the average April temperature sits in the 30s.

For years, adventure photographer Chris Burkard had been plotting a way to be the first to ride across Iceland’s frozen interior during winter and, in the process, develop a route that others could follow. In 2021, Burkard achieved his goal along with endurance athlete and renowned mountain biker Rebecca Rusch and cyclist and filmmaker Angus Morton.

The three became the first to fat bike across Iceland in winter when they traversed the interior of the country from coast to coast. Chris Burkard Studios and Morton’s production company Thereabouts plan to release a documentary film portraying the experience later this year. Photos from the experience show just how intense the journey was. 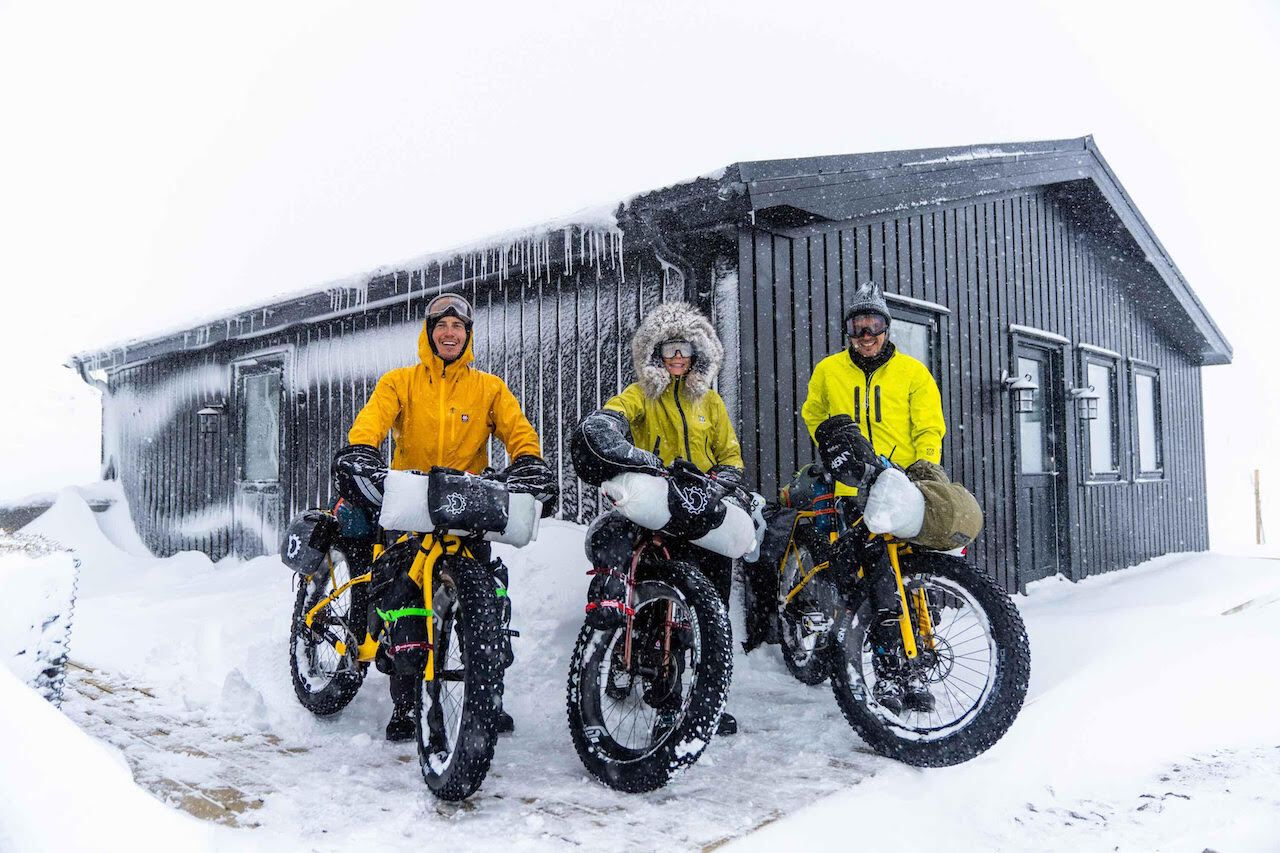 The trio covered 327 miles in just six days. They climbed and descended mountains, and crossed icefields and glaciers — including the intense Mýrdalsjökull glacier, Iceland’s fourth-largest. Through careful planning, routing, and training, the group avoided potential catastrophes that were almost continuously present due to deep crevasses, inclement weather, and the ever-present threat of mechanical issues with the bikes. They began in the north-central town of Akureyri and headed south through Iceland’s harsh, craggy glacial interior to the town of Vik on the southern coast. Though challenging, the route was stunning. 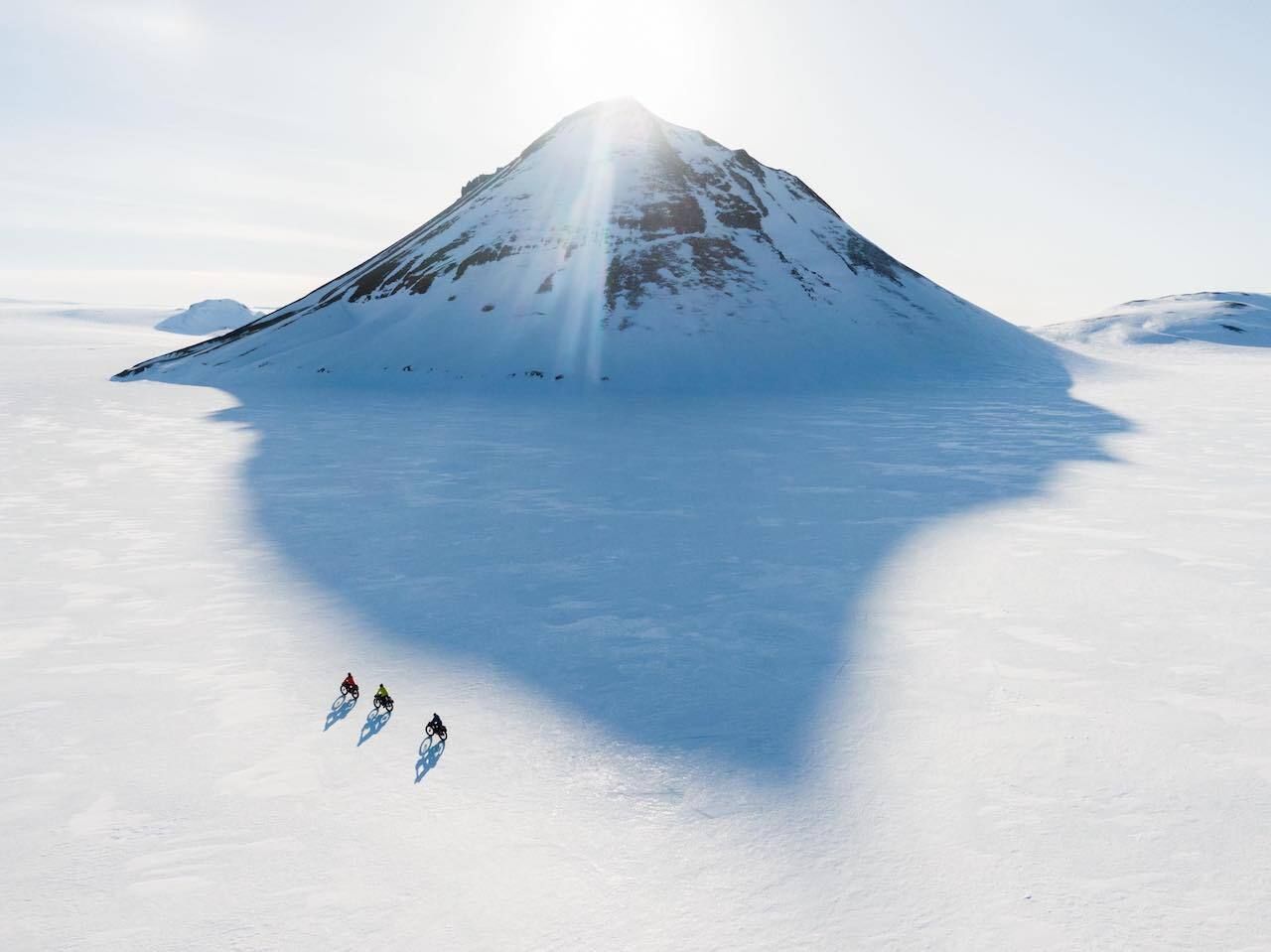 For Rusch, the expedition to fat bike across Iceland was her second major expedition of this winter season. Rusch won the 2021 Iditarod Trail Invitational in Alaska — her second win of that intense race — just a few weeks before embarking on the Iceland trip.

“Being invited as a member of this bold expedition was a highlight of my career,” Rusch said in a press release. “There are few things more committing than moving unsupported through Iceland in winter.” 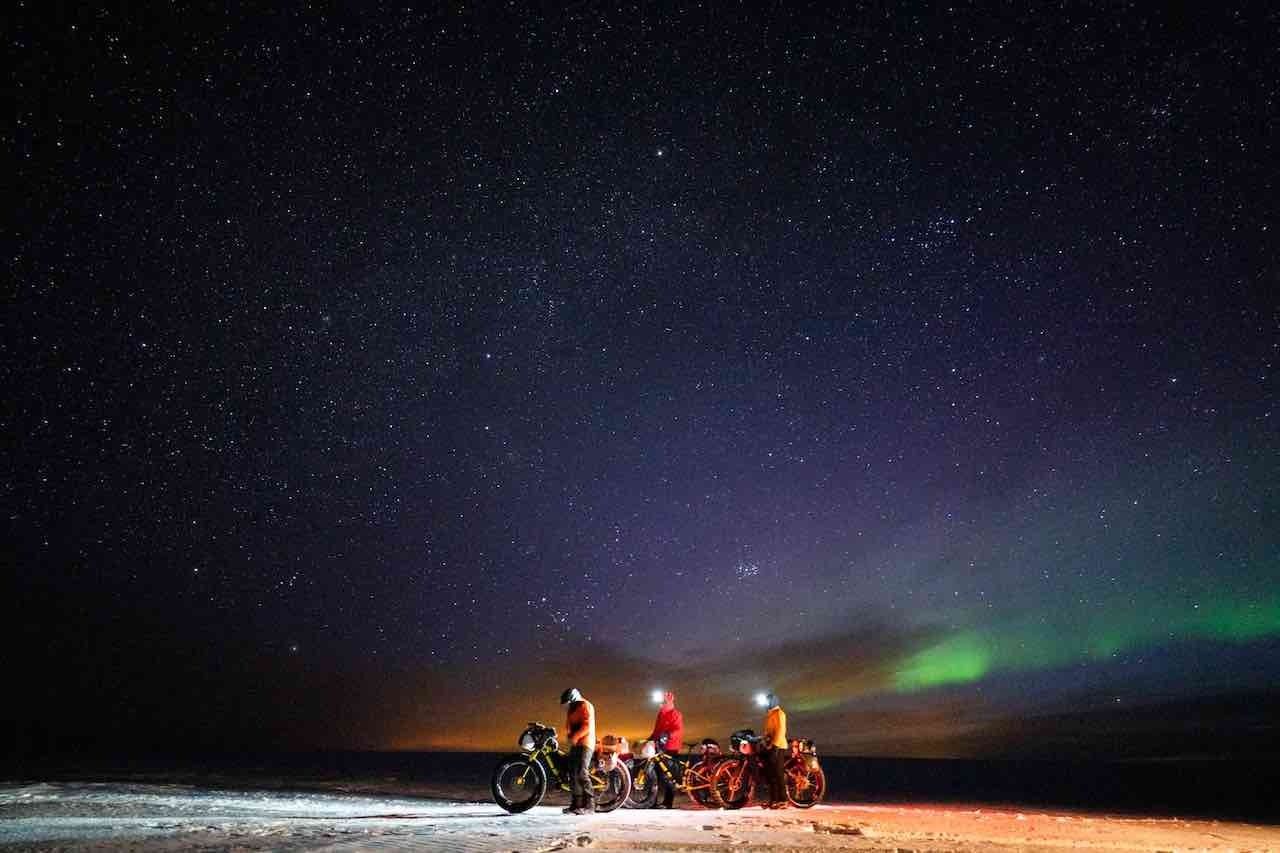 Among Burkard’s many ventures in Iceland, he has documented the island country’s retreating glacial rivers in a photo book called At Glacier’s End, and he produced a film on an Icelandic surfer and his son. Riding a fat bike across Iceland, though, proved to be one of his favorite experiences.

“There is something special that comes from forging a new path, especially when the elements are against you,” Burkard said in the release. “We aren’t the first to fatbike in Iceland and certainly won’t be the last, but our goal in attempting a first ascent that went from coast-to-coast crossing the Myrdalsjokull glacier was certainly one of my proudest moments. This route was something I have dreamed about for many years and to see it come to life in a way that was pure and unsupported made me realize what is truly possible on a bike.” 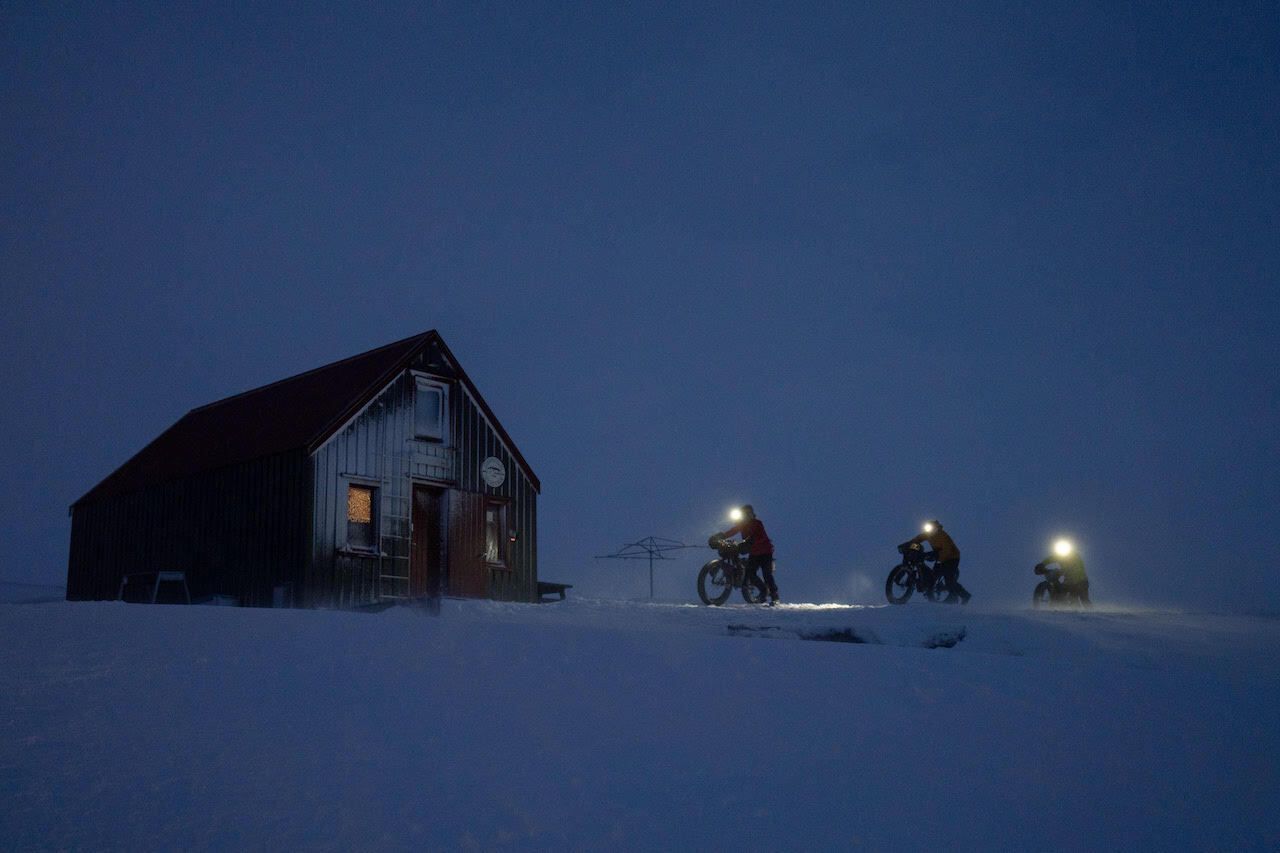 Angus Moore led the filming of the expedition. As a former pro-cyclist, Moore is accustomed to long and grueling rides. The presence of frozen mountains and wide tires proved to be a new challenge, however.

“As an Australian who grew up on the mid-north coast I hadn’t grown up ever experiencing a true winter, so to find myself cycling across the Icelandic highlands at -20c was rather surreal,” Morton said in the release. “It’s a far cry from racing bikes on the road that’s for sure. Capturing an adventure whilst being immersed in it — allows us to provide a different perspective.”

The trio rode entirely self-supported and carried their gear and food with them. They hope the route, 90 percent of which was covered in snow, can become established for others to follow.

“There was a lot of anxiety in just not knowing what in the world we were getting into,” Burkard said. “It was a big unknown, as all expeditions should be. But we had an epic team, who put in the time to train and then support one another when things got scary, daunting and at times…freezing.”