The dark sky turned red with flares, the noise from the crowd in central Zagreb bouncing off the buildings in riotous, deafening revelry. The celebration of Mario Mandžukić’s game-winning goal against England in the 109th minute on July 11 put Croatia’s national soccer team in a spotlight it has never been in before — on its way to the world’s most popular sporting match where it will face the heavily-favored French national team.
.
Yet, for many of us, Croatia is much more of a mystery than France. How many Croatian restaurants are in your hometown? Whether you’ve got a tie to Croatia or just like rooting for the underdog, here’s how to cheer Croatian-style during Sunday’s World Cup Final in Moscow.

Set up the spread.

With just 4.5 million residents, Croatia is a small country by population, but it boasts a widely diverse cuisine that varies between regions. Seafood abounds along Croatia’s 1,104 miles of Adriatic coastline. In Zagreb and elsewhere inland, however, the cuisine is more meat-centric.

Most of the ingredients you’ll need to make these items can be found at your local supermarket and seafood shop. Note that garlic is a staple ingredient in Croatia. If something doesn’t taste quite right, try adding a touch more garlic. Here are a few common foods and plates to try. 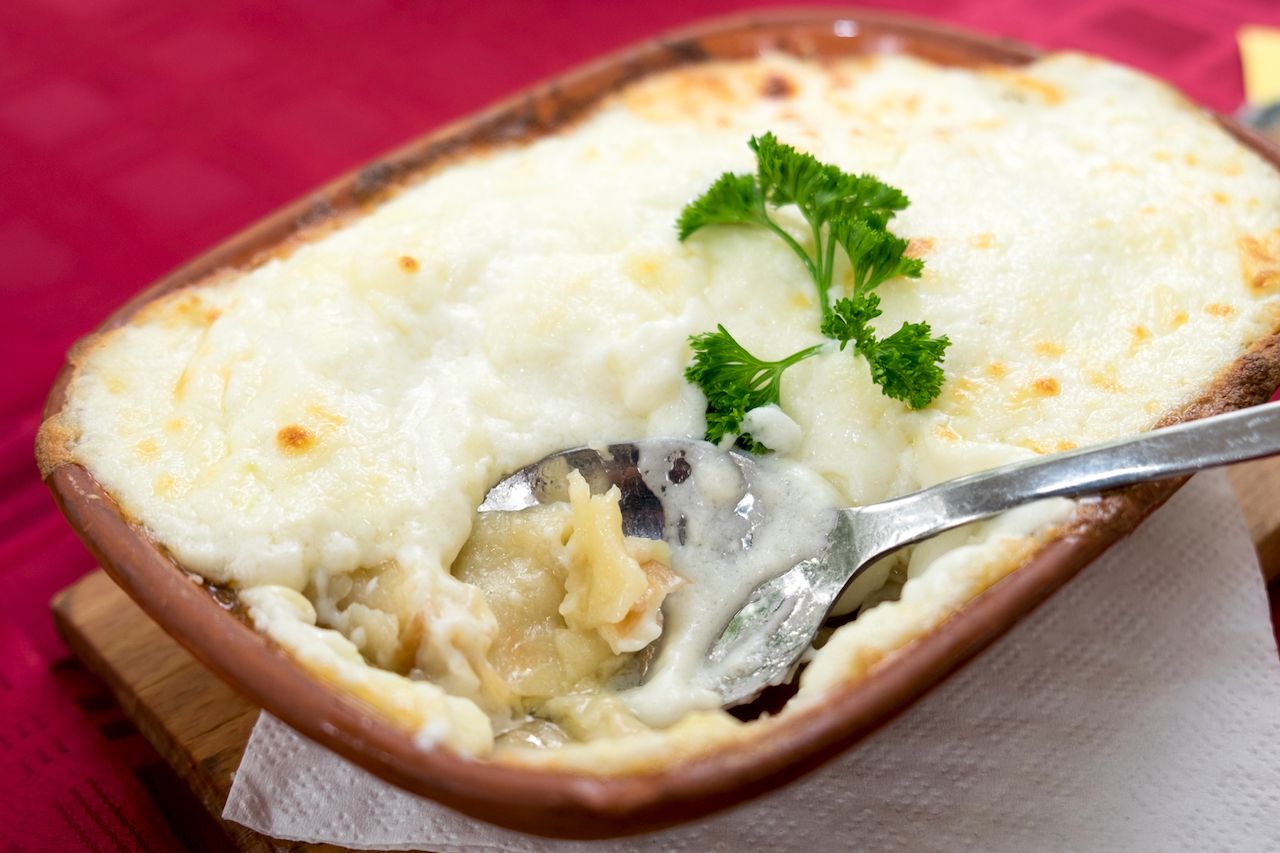 A baked pasta dish popular throughout Croatia, Mlinci can be served with or without meat. It is often served with whole or sliced roast turkey or duck. This recipe walks you through making the dish from scratch. 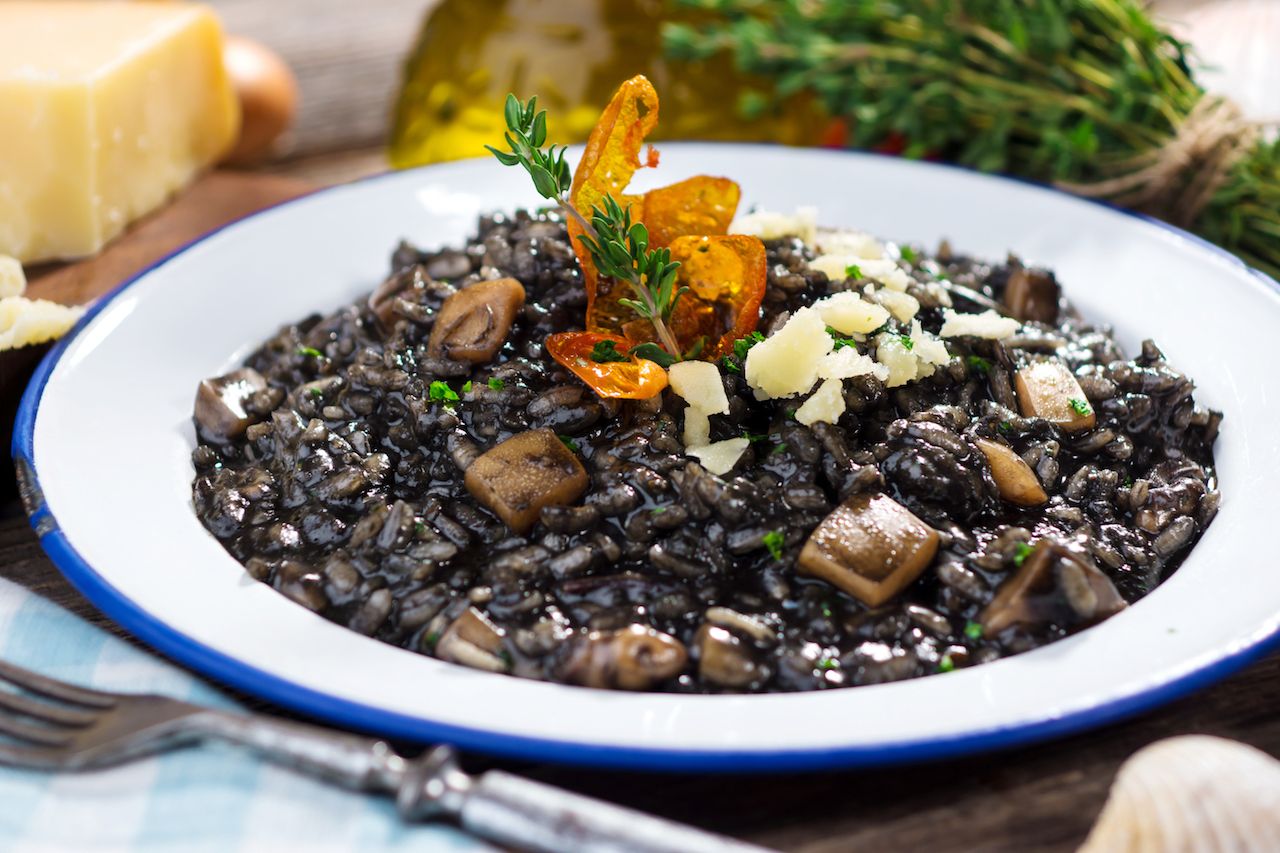 If you haven’t come around to the squid-ink craze yet, crni rižot is the dish that might finally get you on board. Squid is the main protein in this black risotto dish popular along the coast, which is enhanced by olive oil, garlic, red wine, and of course the ink itself. Here’s how to make it happen. 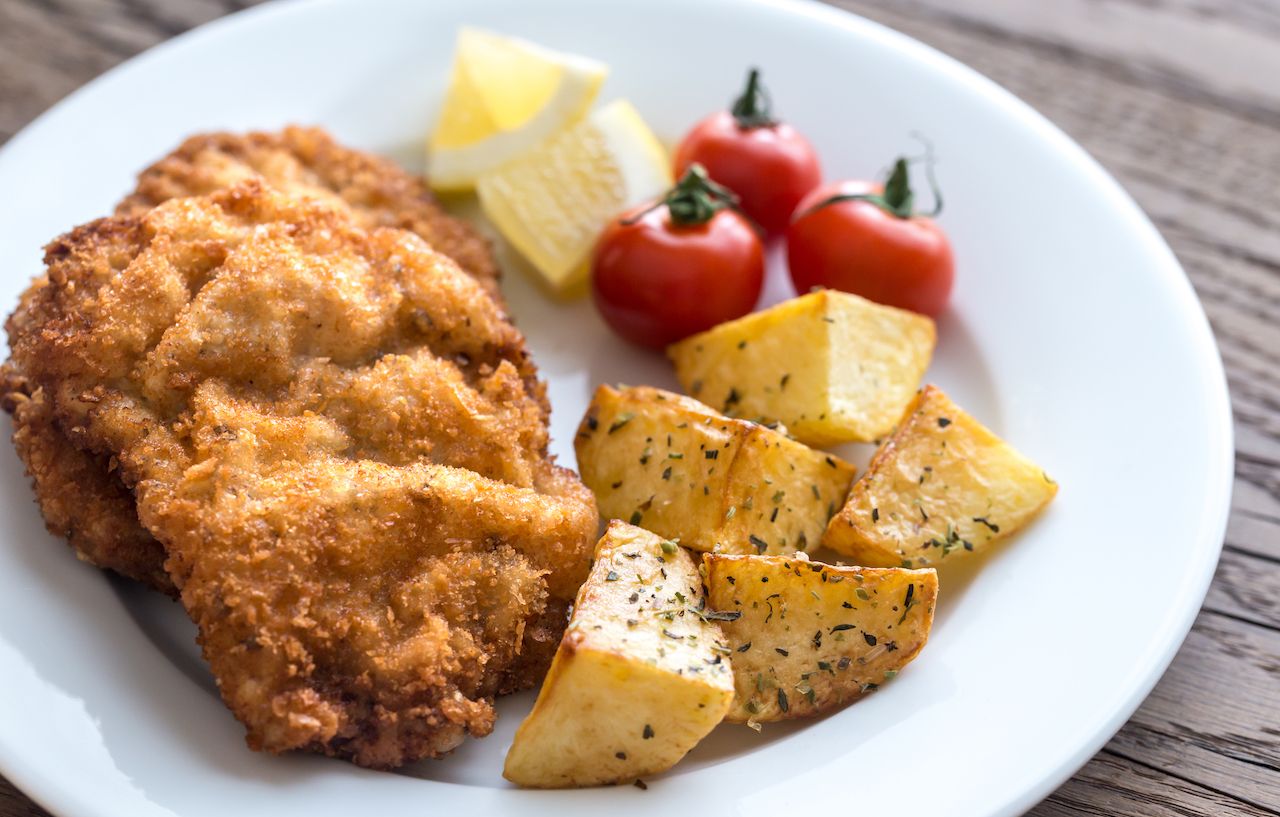 Croatia’s take on schnitzel is similar to what you’d find in Germany. Croatians typically use cutlets of chicken or veal, pounding them with a meat tenderizer and then frying them to crispy perfection. This is one of the most straightforward dishes to make en masse if you’re hosting people for the match, especially if you follow this recipe. 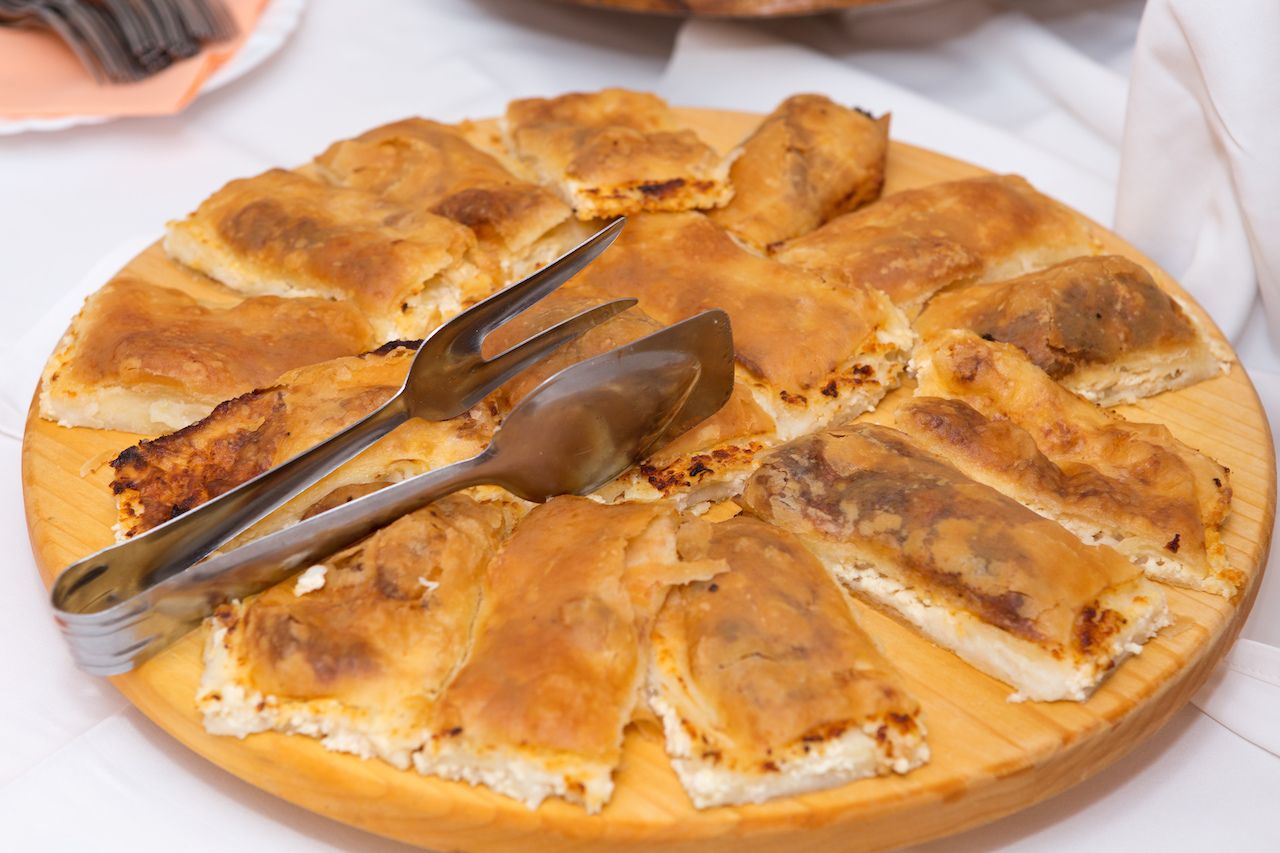 Strukli is an appetizer that might just be the most iconically Croatian dish there is. It’s made of thin-baked dough that’s been stuffed with cheese, often curd cottage cheese or ricotta, and a good helping of cream. This dish will disappear within the first ten minutes of the match. Here’s how to put it together. 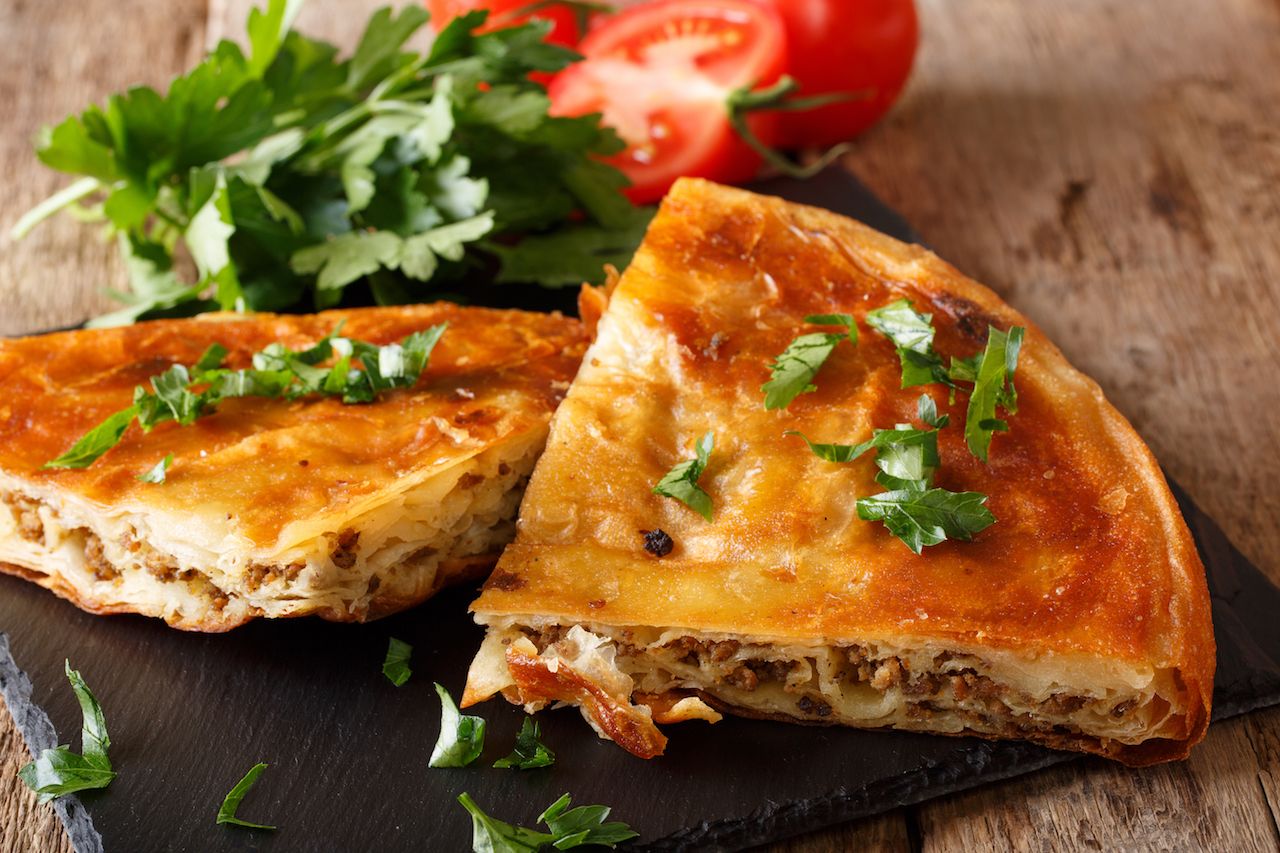 Similar to what’s found in Turkey, Croatian burek is meat-filled pastry that makes the perfect finger food for football matches. Ground beef is wrapped in phyllo dough with a filling of onion, yogurt, and pepper. Here is an easy recipe to try. 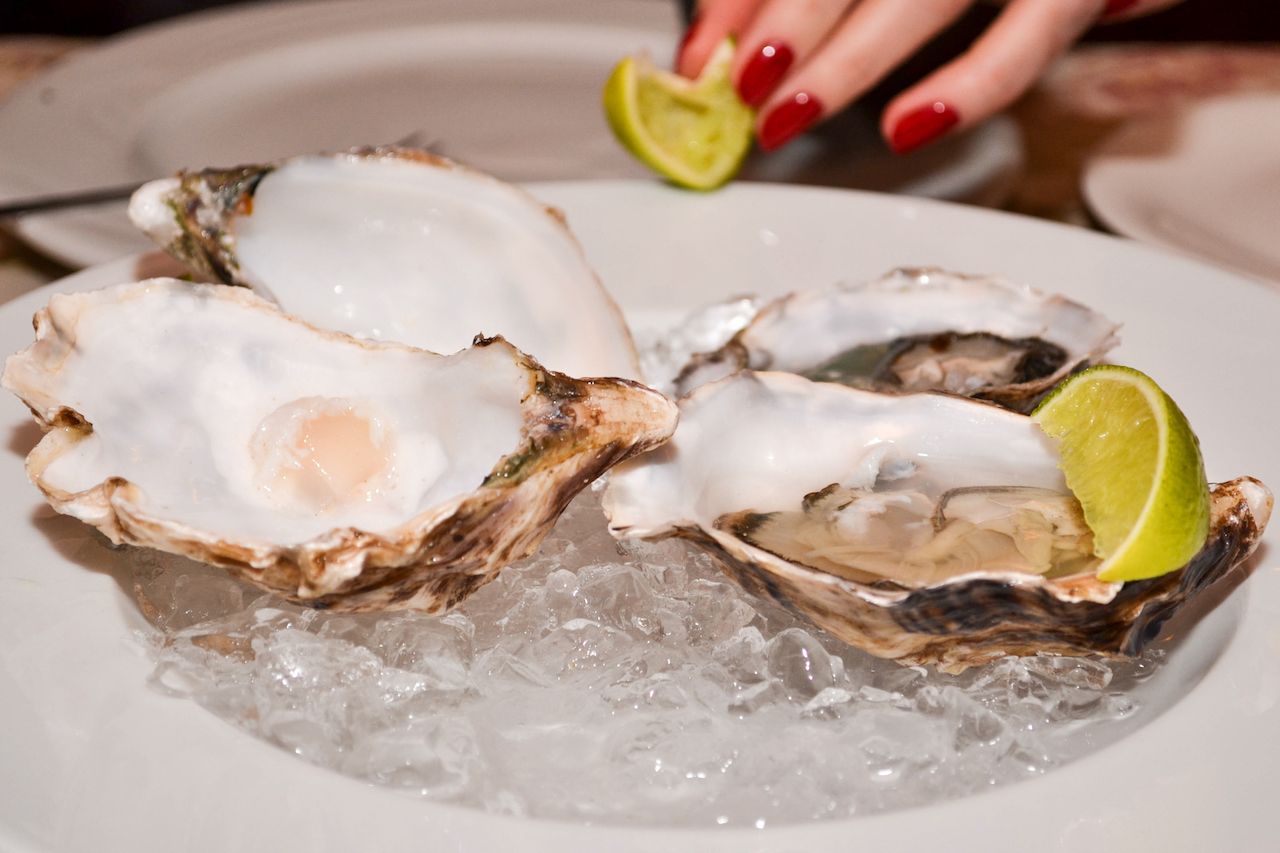 You can make this dish happen with a simple trip to the seafood market. Pick up enough oysters for your party; season them with garlic, black pepper, and oregano; and display shucked them and ready to roll on a large serving dish. Try this recipe. 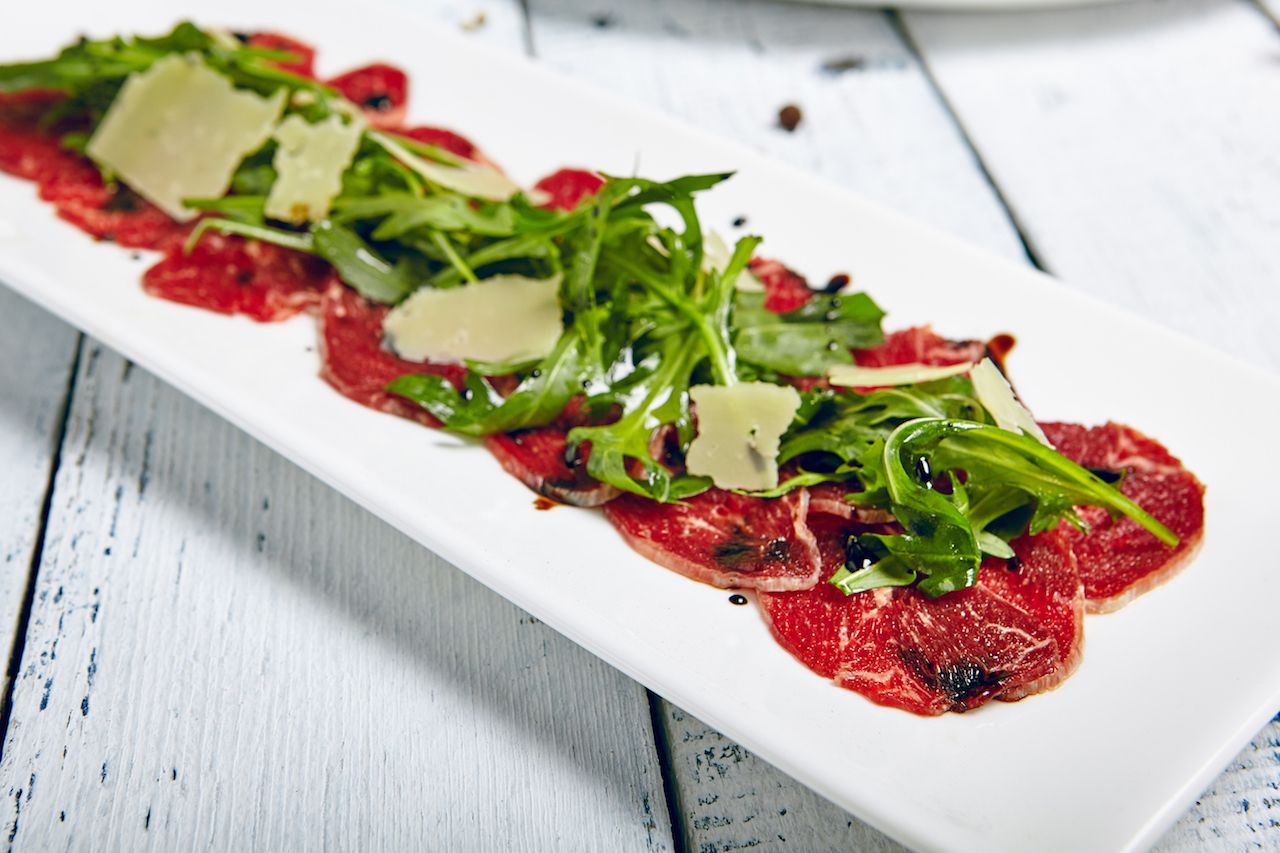 Carpaccio is sure to be a hit if you plan to serve a hearty appetizer. It’s traditionally made of meat from long-haired Boškarin oxen in Croatia, but you can use quality tenderloin beef cuts that can be thinly sliced and served raw. Here is a great recipe you can make in about an hour and a half, since 90 minutes is the theme of the day. 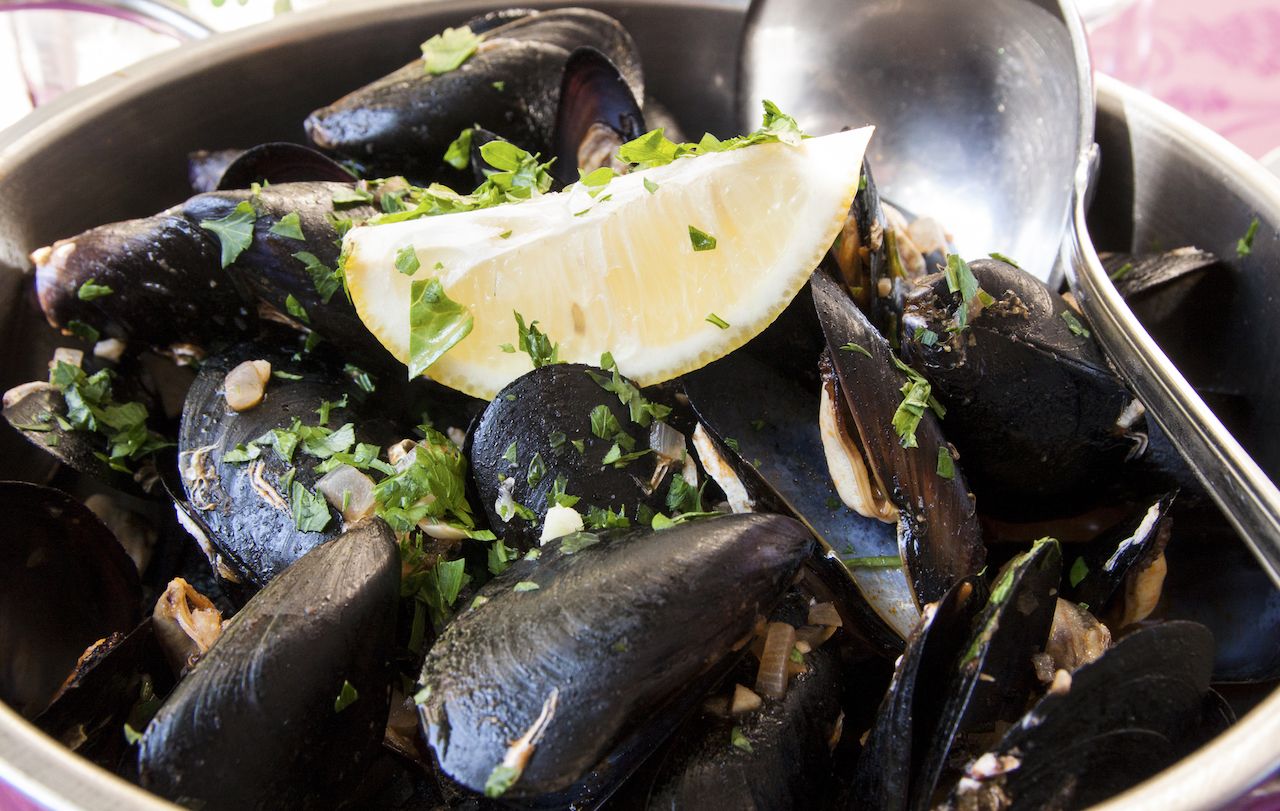 Mussels are popular along Croatia’s coast, and this dish will appeal to those hesitant to step too far out of their comfort zones. Buzaru is simply fresh Buzara mussels cooked in a white-wine sauce and garlic, with bread crumbs mixed in as well. Here’s a simple recipe that you can whip up before the crowd shows up.

Set up the drinks.

Drinking establishments in Croatia, known as konobas, will be filled to the brim with football fans and revelers on Sunday. Croatia’s drinking culture is built largely on beer, with fruity spirits and wines being popular throughout the country, as well.

The good news here is that prep time is minimal compared to the food. We recommend setting up the booze situation first, if only because prepping food is that much more enjoyable after a few sips of brandy.

Croatians are fond of drinking espresso at social events, no matter the time of day. The game starts at 11:00 AM EST and 8:00 AM on the west coast. While football fans aren’t usually shy about drinking in the morning, it’s still a good idea to have espresso, or at least drip coffee, for those who are still waking up when they arrive.

Many Eastern European countries have incredibly strong beer cultures, and Croatia is no exception. Rarely does a social event or outing take place without pints of cold, light-bodied brews flowing freely. Perhaps the most well known of Croatian beers, and the easiest to find in the United States, is Karlovacko. The country’s oldest beer is Osjecko, in fashion since 1697. Other popular beers are Ozujsko and Pan.

If you’re unable to find Croatian beer at your local liquor store, the next best thing is to buy a six-pack (or more) from your favorite local brewpub. Craft beer has exploded in Croatia. While finding a small-market Croatian brew on the shelf at an American liquor store is highly unlikely, raising your favorite craft pilsner or red ale is much closer in spirit to what beer-savvy locals in Zagreb are drinking than PBR or Budweiser. 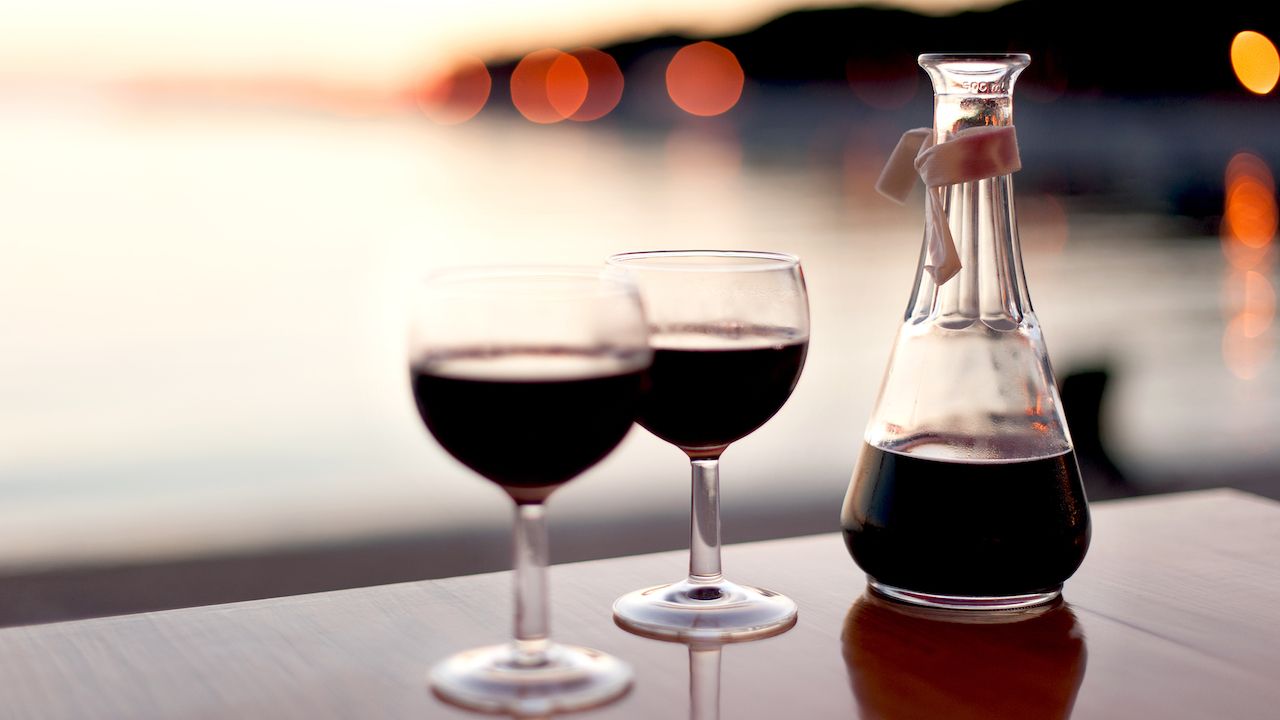 You can still drink like the underdogs even if beer isn’t your jam. Having a two-liter bottle of cola on hand might not seem natural when drinking wine, but in this case, it’s totally acceptable. Many Croatians are quite fond of bambus, red wine mixed with cola and served over ice.

In addition to bambus, fruity whites are the name of the game. Croatians love their native Grasevina wine and consume it in rather outrageous quantities, given the country’s small population. The wine is ripe with a fruity nose, with hints of elderberry in many varieties. While you might not think about Croatia as a prime wine country, top producers are now exporting their wines, and Grasevina has been seen on liquor store shelves as far away as Great Britain.

Some Croatian vineyards make a bubbly Grasevina, and the trend is on the rise among locals. Nothing will toast more appropriately should Mandžukić strike again in the clutch. If you can’t find that, any fruity, white sparkling wine will do. 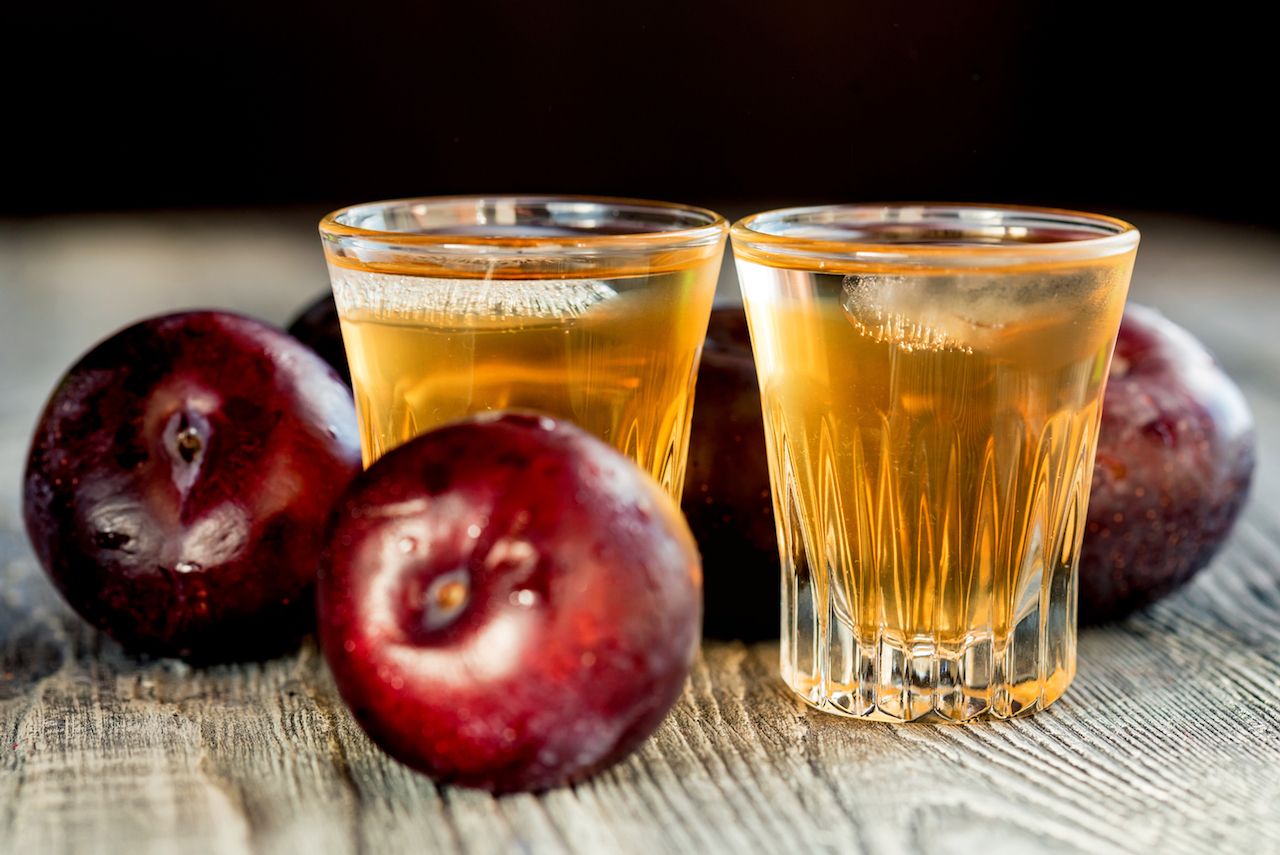 Croatians pour their drinks as strong as Luka Modric’s right foot, so don’t worry about stocking your bar full of mixers. What you will need is brandy. Specifically, a plum brandy known as sljivovica is common across the country, and you should be able to find a variety of it at a good liquor store. Ask for Maraska or Psenner.

If you can’t find plum brandy, go with another dark and fruity variety. When someone at your party asks what it is, tell them it’s a rakija.

Travel11 Photos That Will Make You Want To Visit Croatia Right Now
Tagged
Food + Drink Croatia
What did you think of this story?
Meh
Good
Awesome