A few years back, 37-year-old Icelander Sólveig Reynisdóttir and her friend were on their way to a house party to watch the Eurovision Song Contest about an hour away from Reykjavik in the Icelandic countryside — and they were running late. Listening live on the radio, they realized it had started, and they wouldn’t make it in time to see Iceland take the stage.

“So we decided to drive up to the next farm we saw, knocked on the door, and asked the very surprised faces if we could watch Iceland on stage on their TV,” Reynisdóttir says. The family let them in, and they ended up watching the show with perfect strangers.

That kind of national enthusiasm for the real song competition, which was fictionalized this year on screen for the Will Ferrell and Rachel McAdams Netflix movie Eurovision Song Contest: The Story of Fire Saga, is indeed serious business in Iceland. In fact, Iceland has continually boasted the highest Eurovision viewership: 98.6 percent of people who watch television tuned in last year.

But it’s hardly just an Icelandic sensation. In 2019, the three-night broadcast from Tel Aviv reached 182 million people live on television and gained another 40 million unique viewers from 225 countries on YouTube.

“The Eurovision contest is the one night where anything goes with Europeans,” Anna Forward, 27, of Eastbourne, England, describes. “It’s the musical version of Euro football.”

As the American travelers in the Netflix film tried to understand its significance, attempting to liken it to our own competitions like The Voice and American Idol, the contest actually runs so much deeper in the cultural fabric of Europe and Scandinavia. Not only has it been the launching pad for global music sensations like Julio Igelasis who competed for Spain in 1970, ABBA who won in 1974, Olivia Newton-John who represented the UK in 1974, and Celine Dion who won for Switzerland in 1988, but the contest itself is symbolic of the national pride for each country, as well as a collaborative sense of spirited competition for the entire Eurovision community.

Why did Eurovision begin? 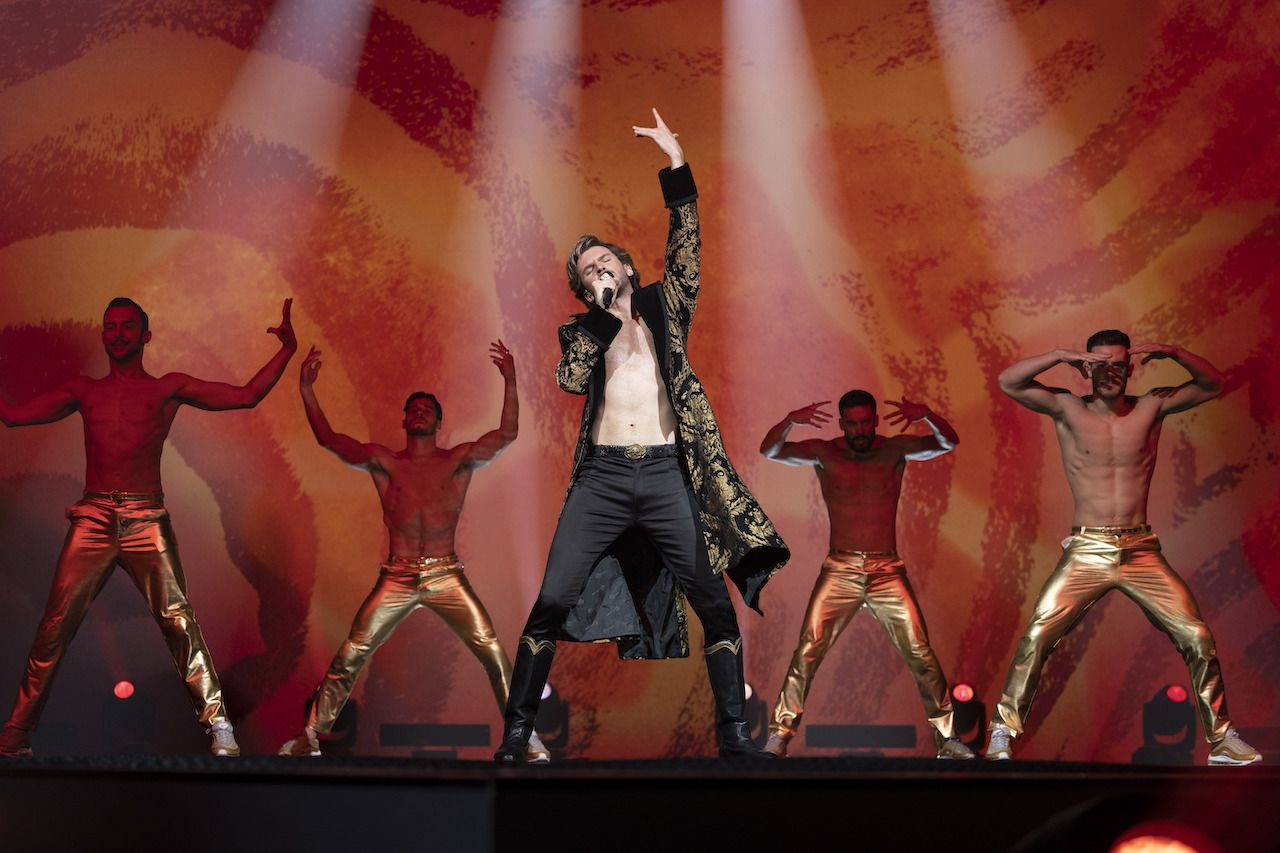 As television and radio became more essential after World World II, Westerns European broadcasters came together in the British seaside town of Torquay for a meeting that ended up creating the European Broadcasting Union (EBU) in 1950.

Marcel Bezençon of the programming department prioritized making content from each country available to others within the union, which became known as the Eurovision network, based on a name coined by London Evening Standard journalist George Campey in 1951.

By 1955, Bezençon was focused on creating content that had an appeal across borders and thought a song competition might be the trick. Inspired by Italy’s Sanremo Music Festival, which had started in 1951, he launched an international version of the song contest, initially called the Grand Prix Eurovision de la Chanson Européenne, in which each country would enter an artist to perform original music.

On May 24, 1956, seven nations competed in the inaugural contest in Lugano, Switzerland (the first year required two song entries each, while subsequent years have had one, as the number of countries entered grew), with the winner being voted on by juries from each nation (after the first year, countries could no longer vote for themselves).

How the rules work 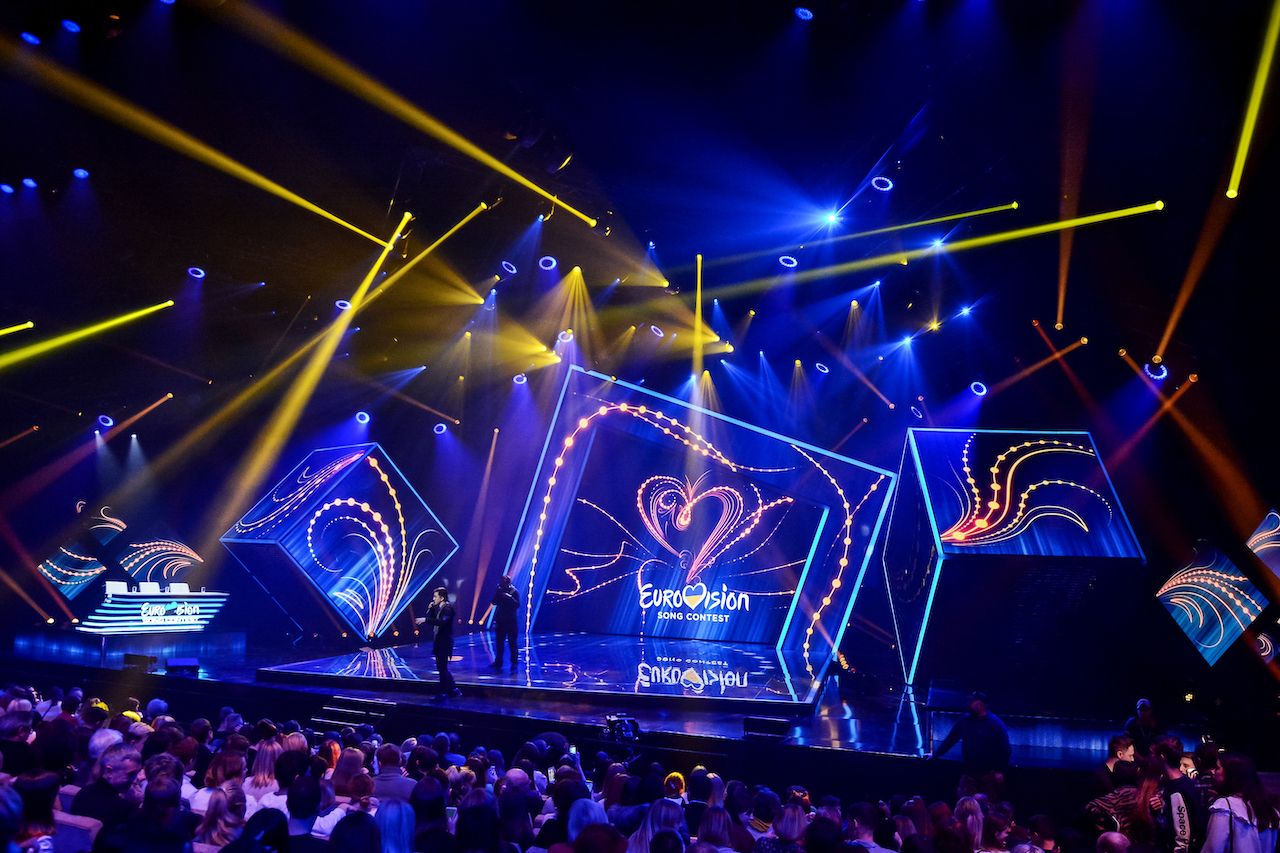 Throughout the early years, the contest experimented with different rules until it perfected its formula. While the winner’s nation was meant to host the following year, some of them rejected the honor early on (Switzerland won in 1956 but didn’t want to host again, so Germany did in 1957; the Dutch felt the same way after a 1959 victory, and the runner-up UK stepped in as 1960 hosts), but the rule largely holds up.

The jury’s points system started with a maximum of eight points, then 10, and now 12 — better known as the top spot of douze points. Since 2016, nations now give their first place pick 12 points, second place 10 and so on, down to one point for the 10th pick. And while juries in each country used to determine those rankings, five nations tried public televoting in 1997, which is also widely the standard now.

Countries were also initially asked to perform in their national language, but the rule gave a serious advantage to those dialects that were more universally understood by the judges. Alas, some artists went the way of language-less lyrics, like Massiel’s 1968 “La La La” for Spain and Lulu’s 1969 “Boom Bang-a-Boom” for the UK. The rule was eliminated in 1973, allowing Sweden’s ABBA to win for the English-language song “Waterloo” in 1974. But the national language rule was eventually reinstated in 1977. The change wasn’t meant to last though: In 1999, contestants were permanently allowed to sing in any language.

European history has also played a large part in the rule formation. When the Cold War ended in 1991, a surge of Eastern Bloc countries wanted to join. By 2004, a semi-final round was added, with a second round of semis added in 2008. Except for France, Germany, Italy, Spain and the UK (also known as the Big Five) — plus the host country — nations must win a top 10 spot in the semis to compete on the big night.

Even though “Euro” is in the title, the contest isn’t tied to the continent or the European Union, but rather members of the EBU. Western Asian countries like Israel and Armenia have participated, and in 1980, the first African country, Morocco, joined for the first and only time. Australia became the first country to compete from Oceania in 2015 because its Special Broadcasting Service (SBS) is a member of the EBU and now has a guaranteed spot through 2023. 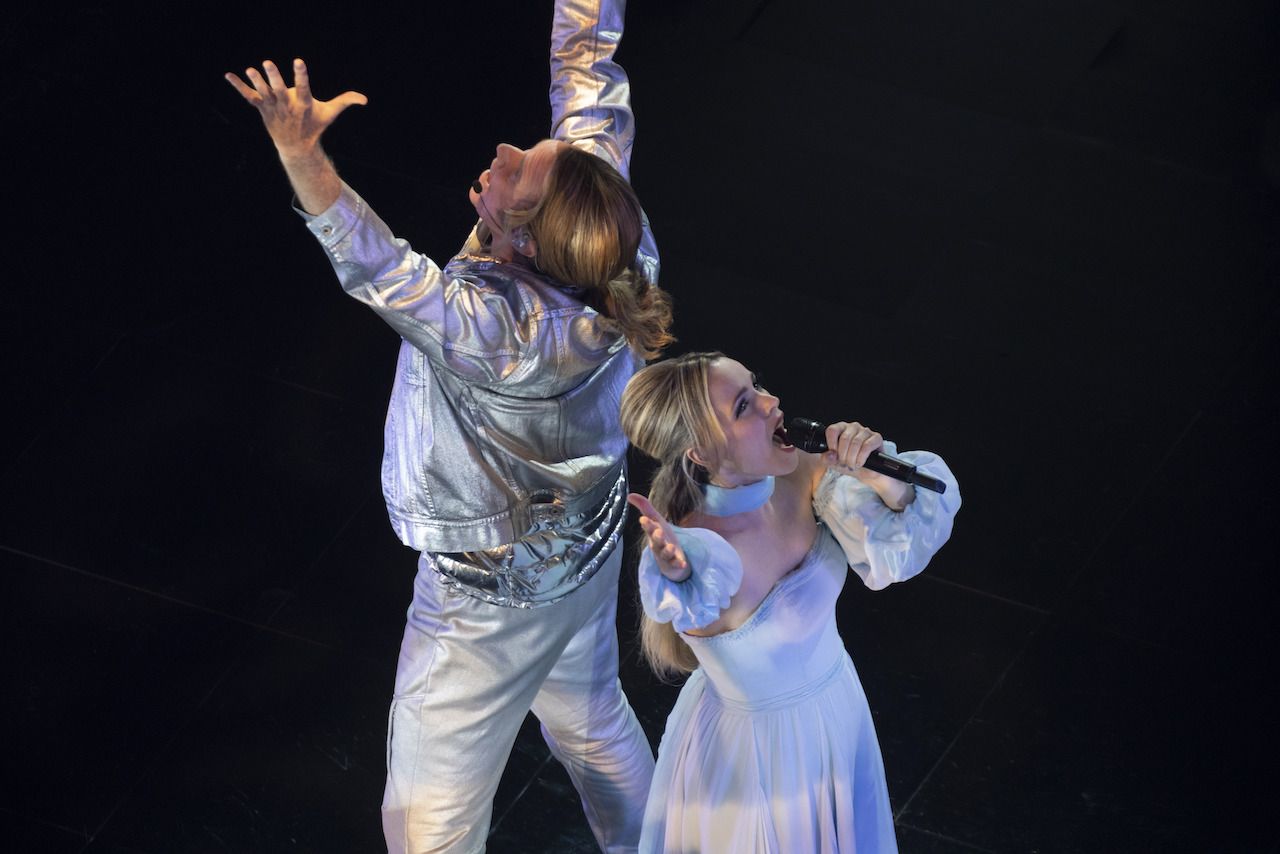 Until the COVID-19 pandemic canceled the 2020 competition, the Eurovision Song Contest had been a constant in Europe — and all the EBU nations competing — since 1956. It weathered the Cold War, the Berlin Wall’s construction in 1961 and fall in 1989, the formation of the European Union in 1992, and the start of Brexit in 2017. After all, no matter what its member nations were dealing with, much like the Olympic Games every four years, the Eurovision Song Contest provides an annual reprieve.

“It started in the ‘50s following very turbulent decades in Europe where there were lots of internal fighting,” 33-year-old Icelander Tinna Rós Steinsdóttir says. “It’s something that unites all of Europe in something beautiful and something we can all appreciate. Unity is in its core. Even though it’s a competition, it’s showing how diverse we are in our unity.”

Even Americans who get a taste of the Eurovision fever immediately catch on.

“I arrived in Amsterdam with my two friends, and we were going to change quickly and check out the city and happened to turn on the TV for background,” Us Weekly senior reporter Travis Cronin of New York City remembers. He and his friends were instantly entranced by the “campy fun,” watching Irish twins Jedward and Russian singing grandmas Buranovskiye Babushki perform. Eventually Sweden’s Loreen won the 2012 contest with “Euphoria.”

“We learned much more about European culture from inside the hotel room that night — then the next night, we danced to ‘Euphoria’ at a gay bar and spoke with a bunch of locals about the show,” Cronin said.

That’s how the contest achieves its ultimate mission — bringing people together through the joint appreciation of song, despite any cultural barriers. But perhaps what resonates most about Eurovision is that it allows viewers to let go of everything for a bit and enjoy life.

“The songs are often considered to be a bit tacky, but overall they showcase different cultures and different traditions,” Steinsdóttir says. “You get to learn about the countries and you get to feel as a family with them.”

Anna Forward agrees: “In more recent years the wacky are accepted and most definitely preferred — someone with a quirky edge is often at a higher chance of winning. From an English perspective it’s actually, I think, considered more for the comical value with the late Sir Terry Wogan commentaries taking humor from the acts often with sarcastic undertones.”

Most people don’t even mind that the fun comes at a self-deprecating cost.

“England has become a bit of a joke in the community often only obtaining nil points,” Forward adds. “But the ‘anything can happen’ feeling is why it continues to grow in popularity as each year is never the same.”

Whatever draws in the viewers, once they’re in, they’re in. Cronin cites one of his friends, originally from Israel, who has gone to the Eurovision finals every year with a group of friends for about a decade. He’s positive he’ll be attending the following year’s finals right away.

“When the winner is announced, they book their plane tickets to that country while they’re still in the auditorium,” Cronin said.

When it comes down to it, it’s that intangible energy and excitement that keeps the 64-year-old contest going strong.

“It’s not really possible to explain,” Rós says. “It’s something magical and something you just have to live.”