Things can get heated in the “soccer” versus “football” debate. Though most of the world argues in favor of the latter, or some translation thereof, North Americans have at least one ally in Australians, whose idea of “football” calls to mind a separate sport entirely.

Australian rules football is a contact sport played with a spheroid ball on a large oval cricket pitch. Lauré Kwoka, a director of operations for the Sacramento Australian Football Club (SAFC) who also plays for the Sacramento Suns, describes the sport as a mix between soccer and rugby. “The positions are spread out like in soccer where there are forwards, mids, and backs,” she says. “But then there’s tackling and no pads.” Later, she compared its fast pace to hockey and likened a footy ball to the offspring of an American football and rugby ball.

In Australia, the sport’s popularity is on par with rugby and cricket, all of which outrank soccer in the country by a wide margin. Tens of thousands of fans attend Australian Football League (AFL) matches on average, making it one of the best-attended leagues of any sport in the world. Last year, nearly three million viewers tuned in to the Grand Final, which is roughly 12 percent of Australia’s population.

To say that Australian football is a sports phenomenon would be accurate. The asterisk is that the frenzy is largely localized to one of the more remote corners of the planet. Yet there are several leagues outside of Australia, including the United States Australian Football League (USAFL) to which the Sacramento Suns belong, and the sport is “getting bigger,” says Kwoka.

If you want to start with the basics before committing to your nearest club, here’s the rundown on everything you need to know about Australian rules football.

A brief history of Australian football 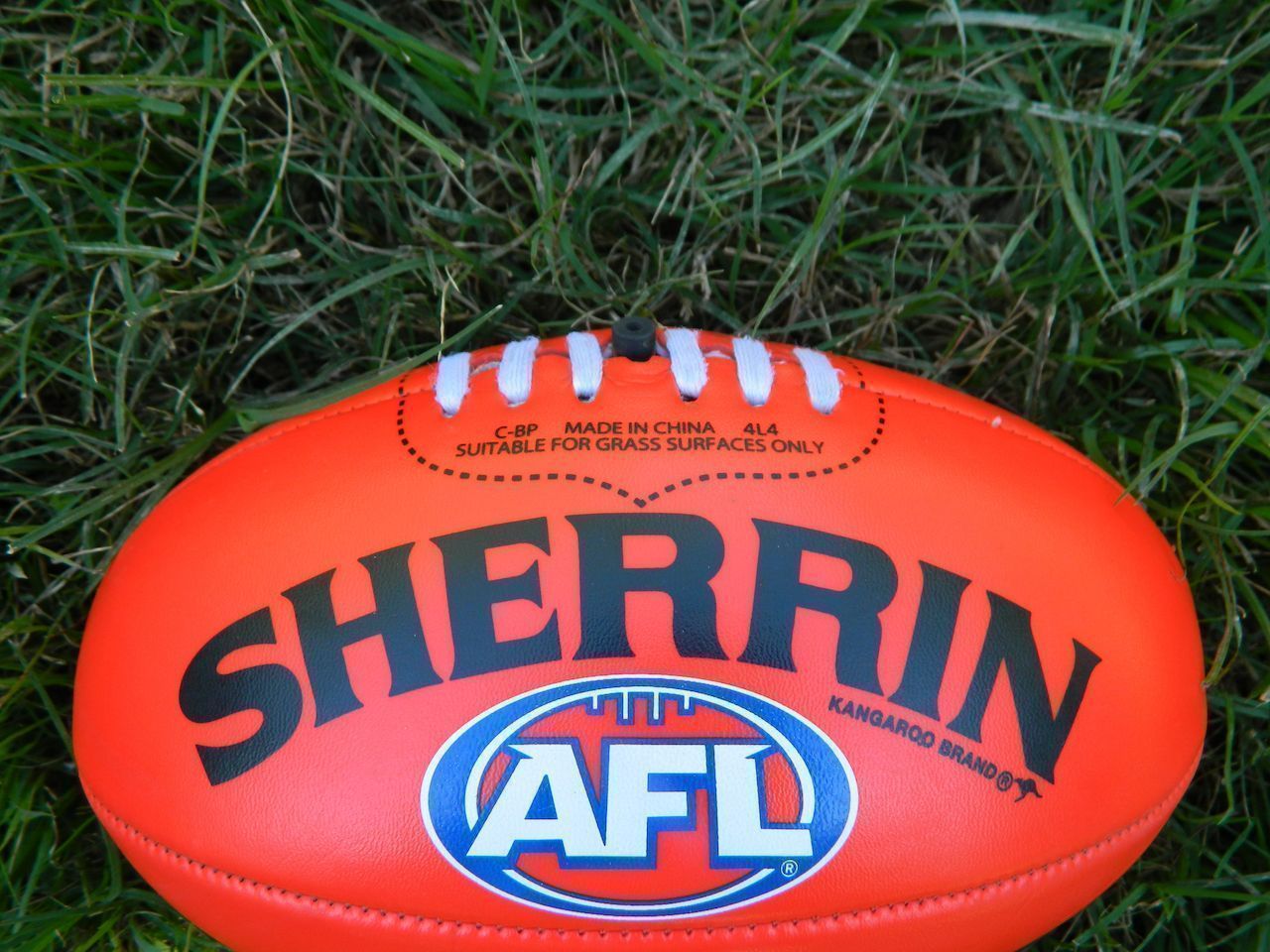 Though professional football players are giants of Australian athletics today, the sport started among schoolboys. Cricketer Tom Wills is credited with founding Australian football, having picked up variations on rugby rules while enrolled at an English grammar school. He brought them back to Australia in the late 1850s and was inspired to start a football club to keep in shape during the cricket off-season. Wills and others founded the Melbourne Football Club in 1858, staging the world’s first organized competition among student athletes.

A set of 10 since-amended rules was codified the following year. A second club, the Geelong Football Club, also formed in 1859. Fast forward to 1896, and the eight foremost clubs in the state came together to create the Victorian Football League (VFL). More clubs formed across Australia and joined the VFL in the decades that followed. Almost a century after the league was created, its name was changed to the Australian Football League (AFL) to reflect this new form of football’s national reach.

Today, each of Australia’s five mainland states has at least one AFL club, with Tasmania being the only state without one. Of the league’s 18 teams, around half are based in Melbourne, which remains the sport’s biggest fan base and the location of the cricket ground where the AFL Grand Final is held every year.

How to play footy 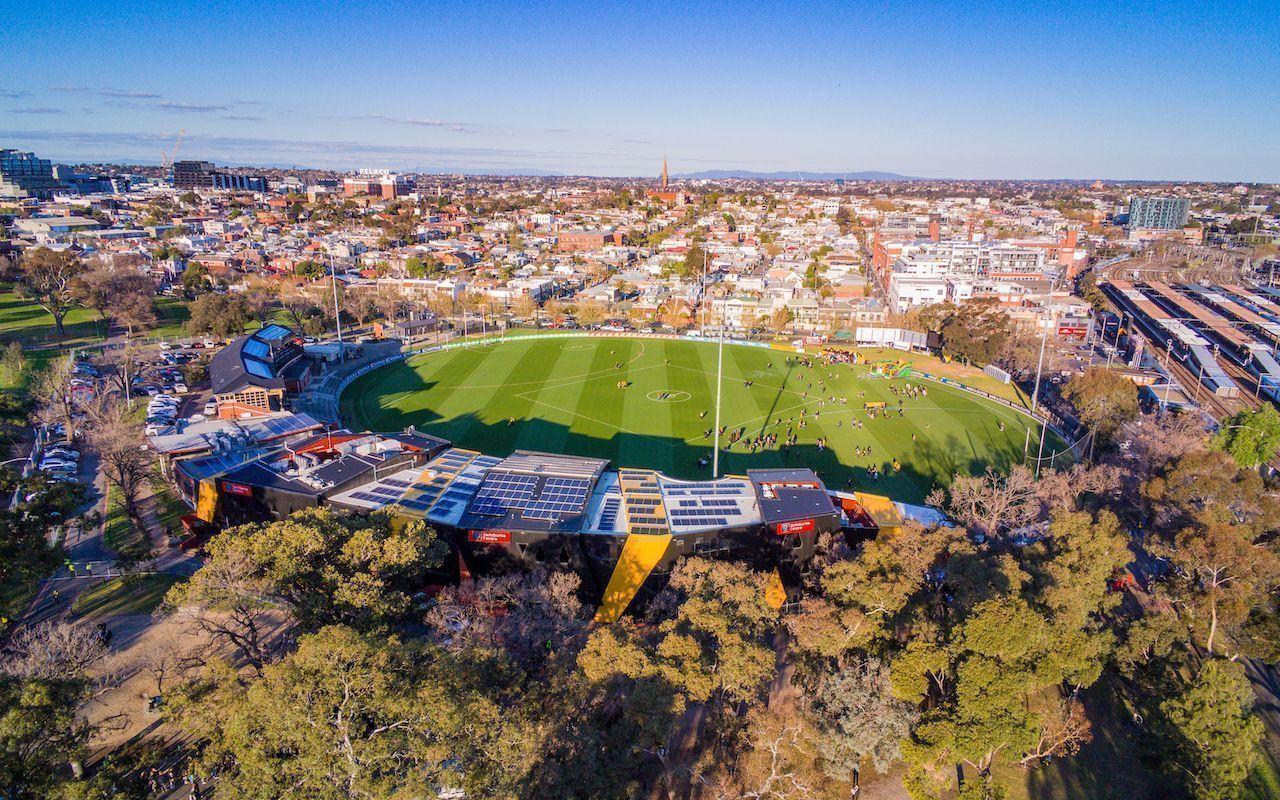 AFL matches are split into 20-minute quarters. During the match, two teams of 18 try to get a ball between four posts arranged on either end of the pitch. “The easiest way to get the ball up and down the field is by drop-kicking it,” Kwoka says. “The other way to pass is called a handball, which is kind of like punching the ball with one hand,” she adds.

Players may also run with the ball but are required to bounce it every 16 yards. When a player catches the ball from more than 16 yards away, they’re granted a mark, meaning they can make their next play unimpeded. During normal play, the defending team may tackle the player with the ball, who must then release it if possible. If they’re able and do not, a free kick may be given to the opposing team. Free kicks may also be called if there’s improper tackling, illegitimate physical contact, ball mishandling, or other rules are broken.

How is Aussie football different from rugby, exactly? 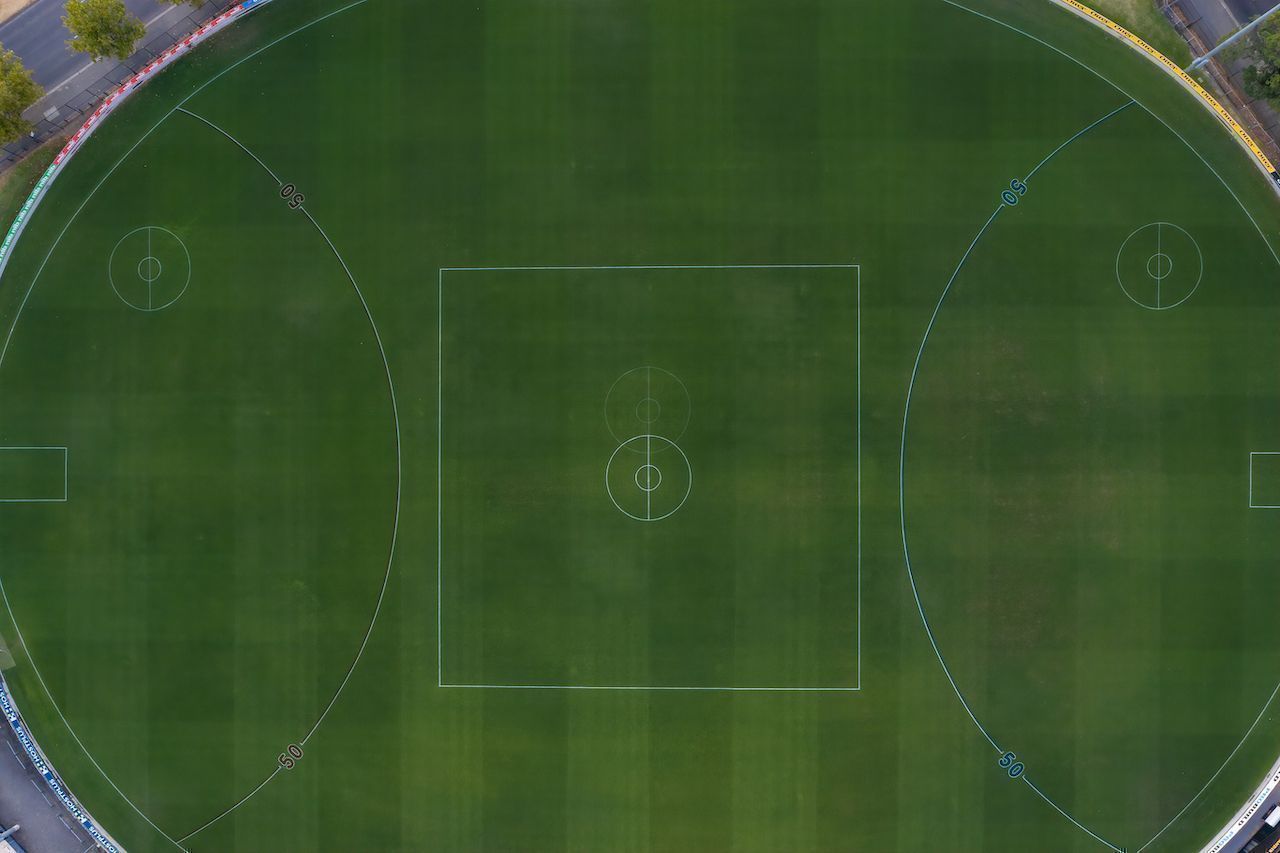 Having grown up watching rugby, and later playing it at Sacramento State, where she also tried Australian football for the first time, Kwoka knows the differences well. She lists a number of reasons: Australian footballs are slightly smaller than rugby balls and have stitching like American footballs. Footy is played on an oval nearly the size of two football fields whereas rugby is played on a smaller rectangular pitch, with three fewer players to a side. Because the pitch is larger, footy players also rely more on kicking and less on tackling. Kwoka notes that there’s an advantage to being tackled in rugby that doesn’t exist in footy.

Though there are numerous differences in the gameplay and scoring of the two sports, overall, footy is freer than rugby. Players are not restricted to passing backward. There’s no offside rule, meaning players are equally unrestricted by their positions on the field. On the other hand, footy players are not allowed to throw the ball in the way rugby players do.

Though footy has more in common with Gaelic football than it does rugby, Australians would defend both sports. In the end, Kwoka’s decision to become a footy convert came down to the fact that rugby was taking a toll on her body. What Australian football offered her was freedom, she says, “the freedom to know if you’re quick enough, you won’t get tackled.”

Australian football outside of Australia 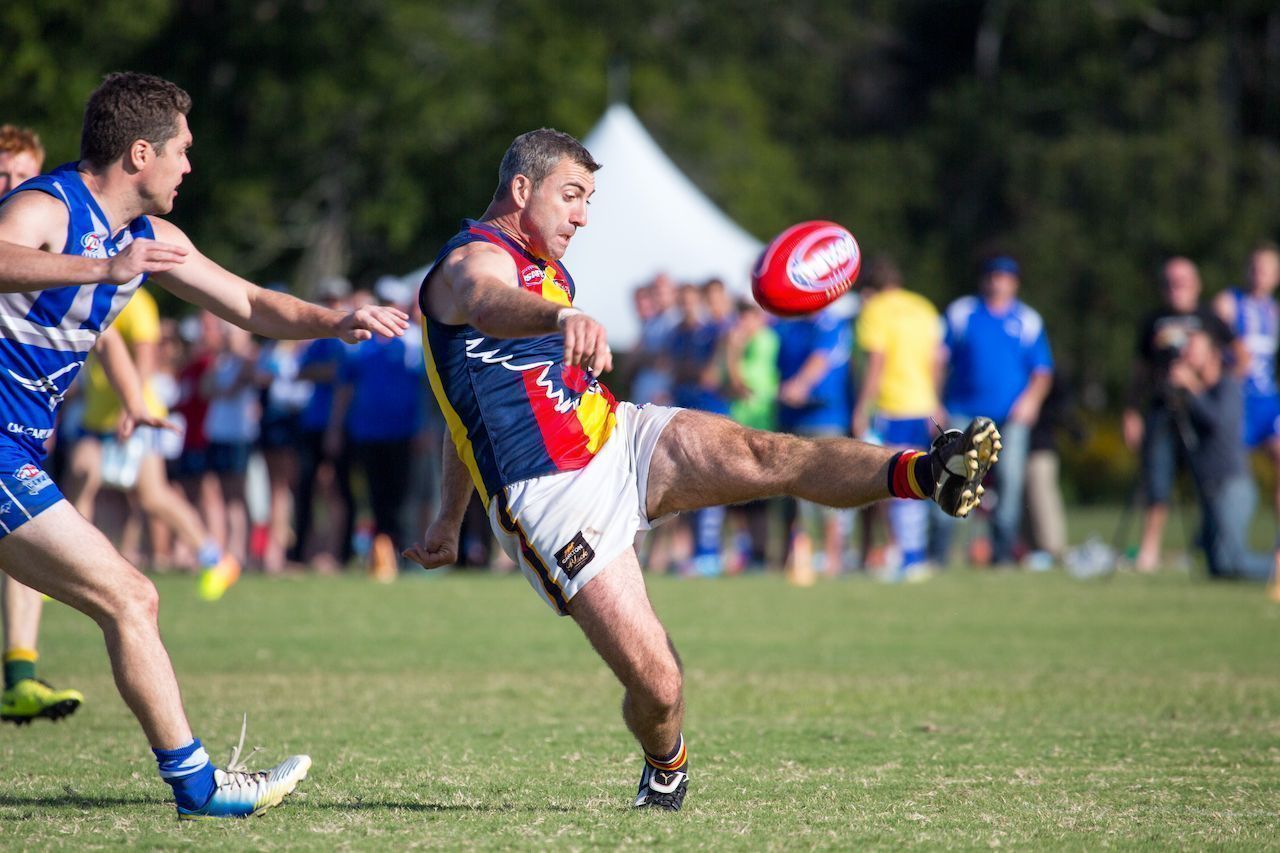 Much as rugby and baseball have reached fans around the world, Australian football has gained some traction in other countries. Over a dozen affiliated leagues exist, from New Zealand and Britain to Japan and the Middle East, not to mention numerous amateur organizations. The USAFL launched in 1997, and today has more than 40 clubs across the country, around half of which have teams for women as well as men. Last year, Colorado-born Danielle Marshall made history as the first American signed to an AFL team, the Western Bulldogs.

Kwoka, who first learned about footy in high school while visiting Australia and has since returned to compete, recalls Sacramento and San Francisco teaming up at her first nationals because there weren’t enough girls. “Now,” she says, “there are two divisions for our women’s teams at nationals.” If nothing else, one thing is clear: No matter how far Australian rules football has traveled since taking hold of Melbourne, it’s certainly come a long way.

EventsMeet the Men Who’ve Never Missed a Super Bowl
Tagged
Outdoor
What did you think of this story?
Meh
Good
Awesome