You’ve probably heard about Iceland’s famous Ring Road highway, which encircles the entire country and makes it convenient to plan a road trip that hits most of the major sites. And if you’ve taken a trip along it, you probably also noticed that while the Ring Road certainly touches upon diverse geographic regions and some pretty stunning views, there’s a massive chunk of the country that remains a mystery to most tourists. The highlands, Iceland’s vast interior, aren’t accessible via traditional highway, meaning fewer tourists and more unspoiled beauty. To get there, you need to literally go off the beaten path by taking the wild “F-roads.” Here’s everything you need to know about straying from the highway into the rugged heart of Iceland.

Preparing for the F-roads 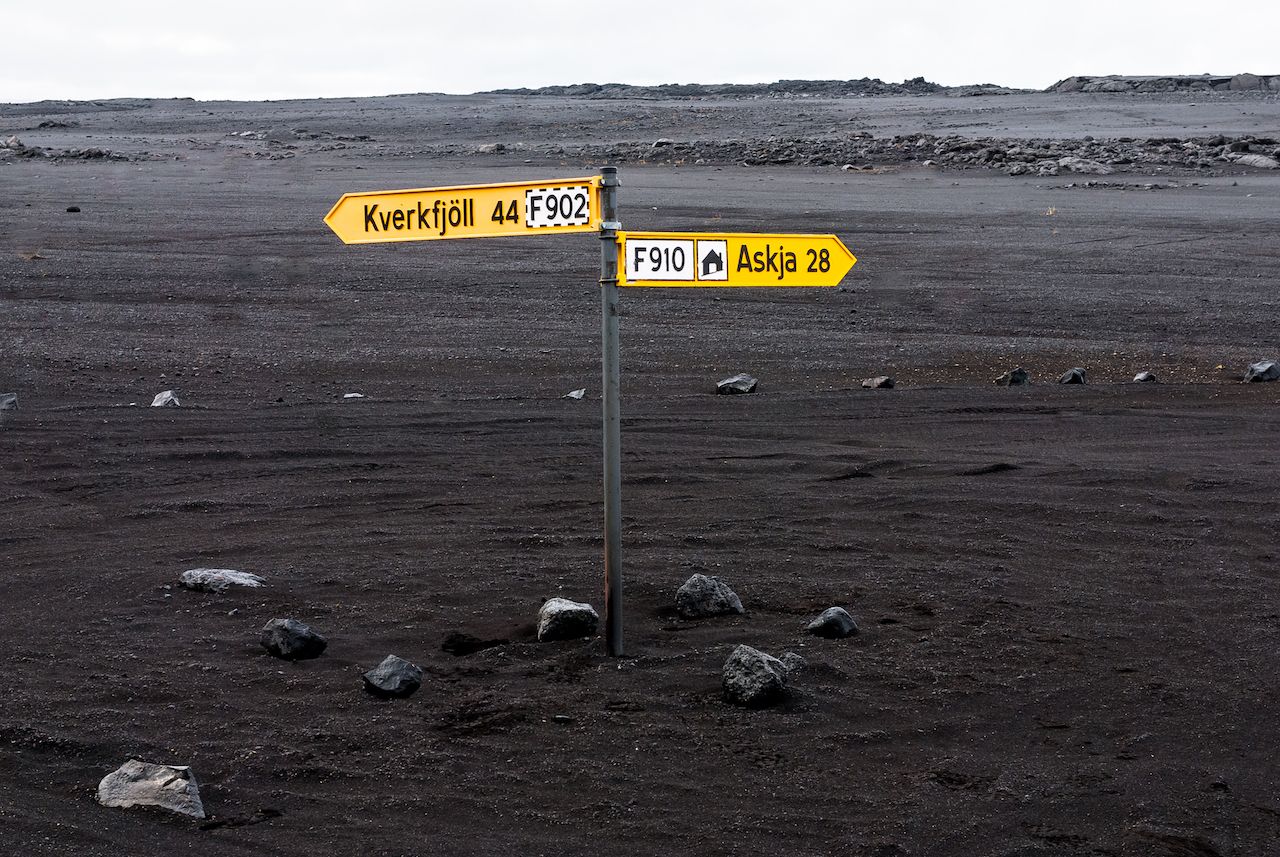 The F-roads are unpaved, mountainous roads of dirt or loose gravel. Since they’re not regularly maintained, they are commonly littered with potholes or ruts that can make navigating them difficult. Some are even intersected by rivers. Yes, rivers. But none of this means F-roads are impassable. You just have to prepare accordingly.

Legally, you are not allowed to drive the F-roads without a 4×4 vehicle. If you intend to ford a river, the vehicle must be a raised 4×4. There are no gas stations on F-roads, so make sure your tank is full before venturing off the Ring Road, and it’s probably a good idea to bring an extra fuel can just in case.

Apart from stocking up on gas, snacks, water, and having a solid GPS (and physical maps), one of the most important considerations will be insurance. Usually, taking car rental insurance is like taking the insurance at a blackjack table — a bad investment. But in Iceland, imagine that the highlands are always holding 21 while you’re stuck with a pair of sixes. F-roads pose a much higher risk of damage than paved roads, and can easily result in your vehicle sustaining accidental damage. It’s highly recommended to take the “Gravel Protection” and “Super Collision Damage Waiver” insurances, which cover you against gravel damage (of which there is a high probability), and reduce your excess to zero in the event of an accident or other vehicle damage. No insurance is offered for damage sustained while crossing a river, so be extra careful before doing so.

What are the different F-roads?

One of the easiest F-roads to drive is F35 (Kjalvegur), which extends from Gullfoss Falls in the Golden Circle north to Blöndulón lake in the highlands. Along the way you can stop at Hvítárvatn lake, the Kerlingarfjöll hiking region with snowy peaks and colorful vegetation, and the Hveravellir hot springs, which sit at the end of the route. It’s one of the most popular F-roads for visitors who aren’t exactly enthusiastic about fording rivers. Another easy one is route 550 (Kaldidalur), which also extends north about three hours from the tip of the Golden Circle, and requires no river crossings. 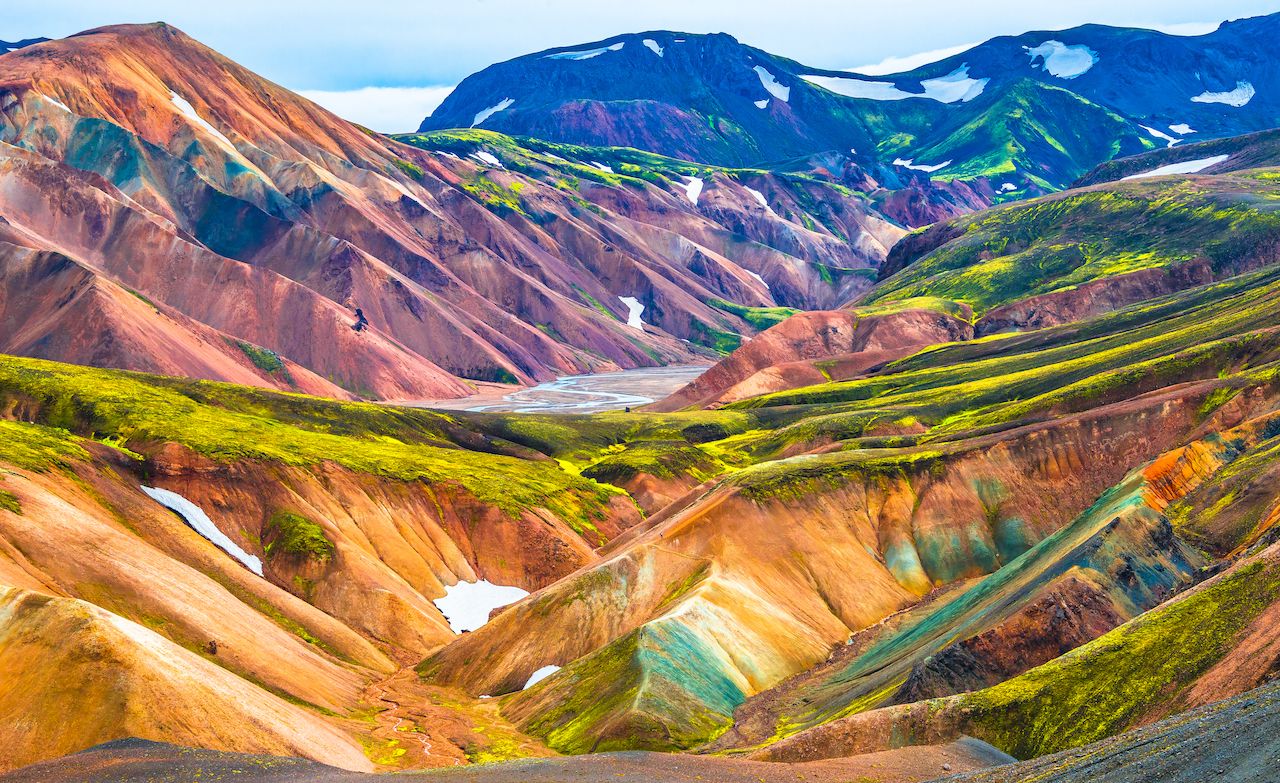 While not quite as easy as Kjalvegur or Kaldidalur, Landmannalaugar is among the most popular routes for adventurous travelers. Located in the South Highlands, the area is the home of the Fjallabak Nature Reserve, with rugged valleys, mountains, lava fields, hot springs, and a glacier-capped volcano called Torfajökull. It can be accessed three ways: by F208 from the north, the easiest route with no rivers; F225 from the west; or F208 from the south, which is the most challenging, with a dangerous river crossing. If you do elect to cross a river, make sure the area hasn’t received a ton of rainfall recently, and try to follow any tire tracks that may be visible from previous crossings. 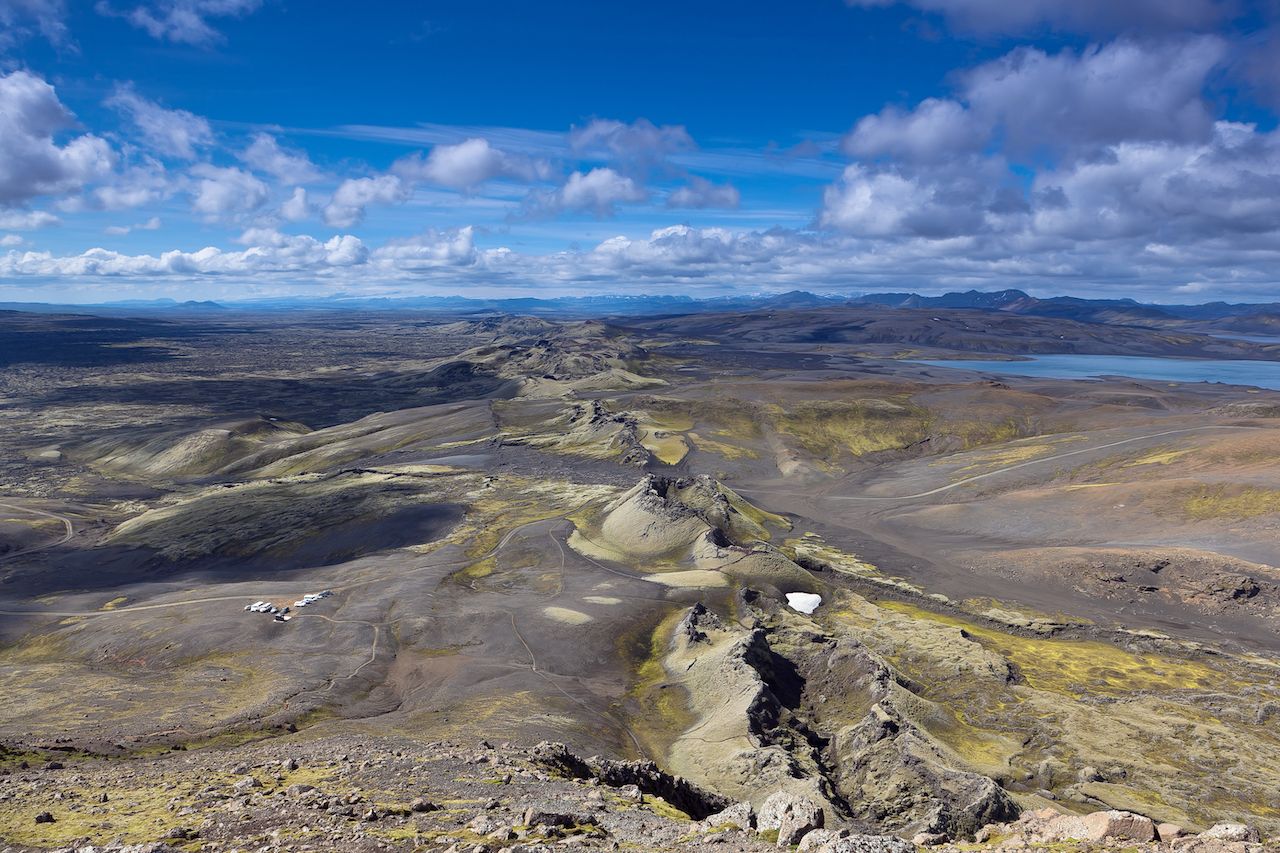 If you have a raised 4×4 and really want to challenge yourself, check out F26 (Sprengisandsleið) or F206 (Lakagígar). Both require intense river crossings, but will be immensely rewarding if you’re successful. F26 is the 134-mile-long gravel road that connects the Hofsjökull and Vatnajökull glaciers, while F206 brings you through the Craters of Laki, a volcanic fissure to the south. It also allows you to visit the Fagrifoss waterfall.

When are they accessible?

For good reason, the F-roads are not open year-round. Already dangerous in the summer, traveling these unmaintained roads would be a fool’s errand in the wintertime. In fact, the roads aren’t even open in spring or fall, and are largely only accessible during the summertime. Most F-roads open in either June or July, and close in mid to late September. Some of the more accessible routes, like F52 and F862, open in April and May, but you shouldn’t plan on a spring F-road trip without confirming in advance that the routes are open. The exact opening and closing dates vary depending on weather, how much snow is covering the roads, and how much damage they sustained from winter precipitation. 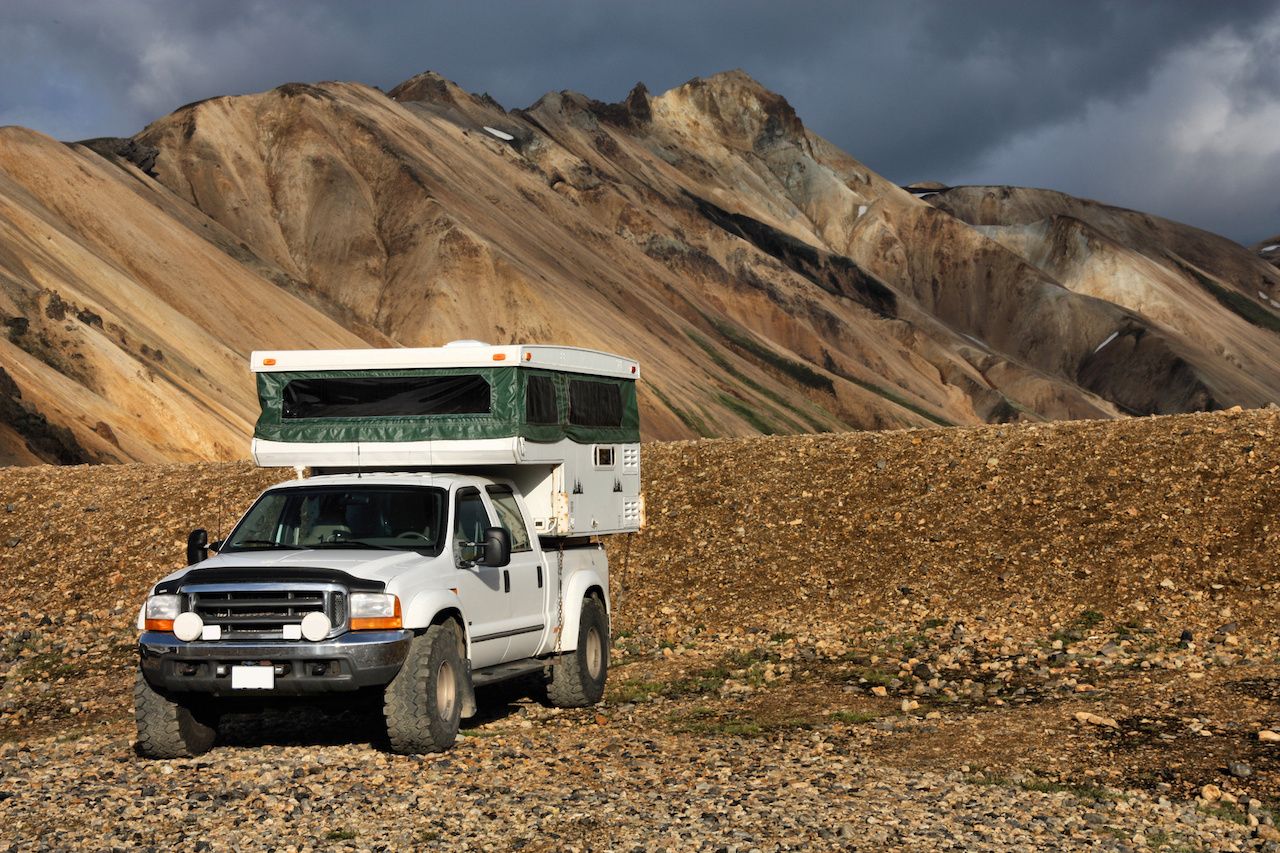 Even if you’re planning to travel when roads are “safe,” check the weather conditions to make sure it’s safe to travel into remote areas, and especially to cross rivers. Also double check with your rental car agency to confirm that your car is safe for F-road travel. Let the employees know exactly which roads you’re planning to drive, so they can tell you whether or not your vehicle is suitable.

More information on the highland roads and their approximate opening and closing dates can be found on the Environmental Agency of Iceland’s website.