Every year between November and February, all of Hollywood glams up for the red carpet, and the rest of us kick back on a couch with the television on to watch it all unfold and judge. The Academy Awards is one of the most prestigious awards anyone in the film industry can receive, and as the oldest entertainment awards ceremony, all similar ceremonies, such as the Emmy and Grammy awards, are made in its image. Of all the Oscars a film can receive, Best Picture is typically the race everyone cares the most about, and this year’s crop of eight nominees take place all over the world. From a fried chicken shop in New Orleans to a palace in England, here are all the filming locations you can visit from this year’s nominees.

A Star is Born 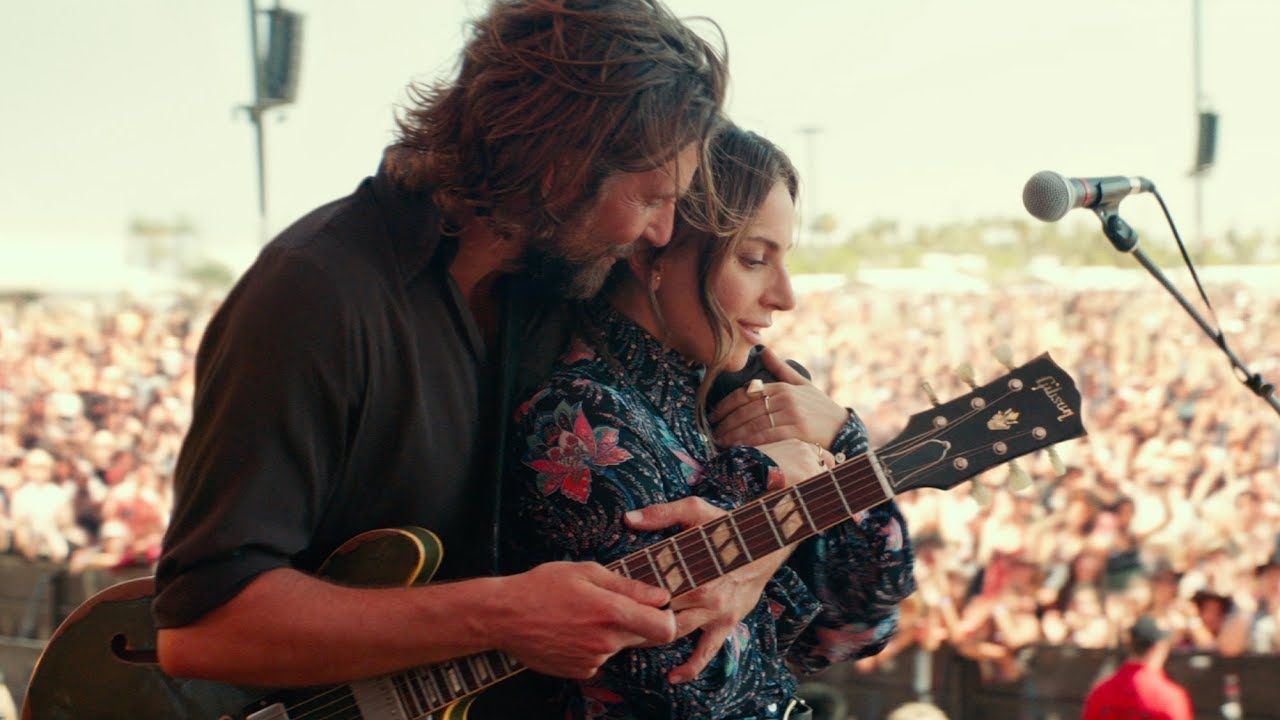 Bradley Cooper’s directorial debut is the fourth remake of this story and follows the love story between musicians Jackson Maine and Ally. A lot of scenes surround different concert performances and take place at locations like Coachella, Stagecoach, Glastonbury, and Saturday Night Live.

Principal photography for the film actually took place at Coachella in 2017 — in front of festival goers. Lady Gaga, who plays Ally, was headlining at the California festival, which takes place on two consecutive weekends in April. Filming took place during the week in between, and Gaga invited fans to come dressed in country-like fashion. Gaga told Entertainment Weekly, “When I actually look back at Coachella, it’s more Ally to me.”

For Glastonbury, filming took place during the actual festival, during four minutes of Kris Kristofferson’s set. Other concert scenes were shot around Los Angeles at places like the Greek Theatre, Regent Theatre, The Virgil, and The Forum. While it’s awards season, you can spot a replica of Ally’s billboard in LA across from the Chateau Marmont, just like it is in the movie, which Warner Bros. put up for awards buzz. 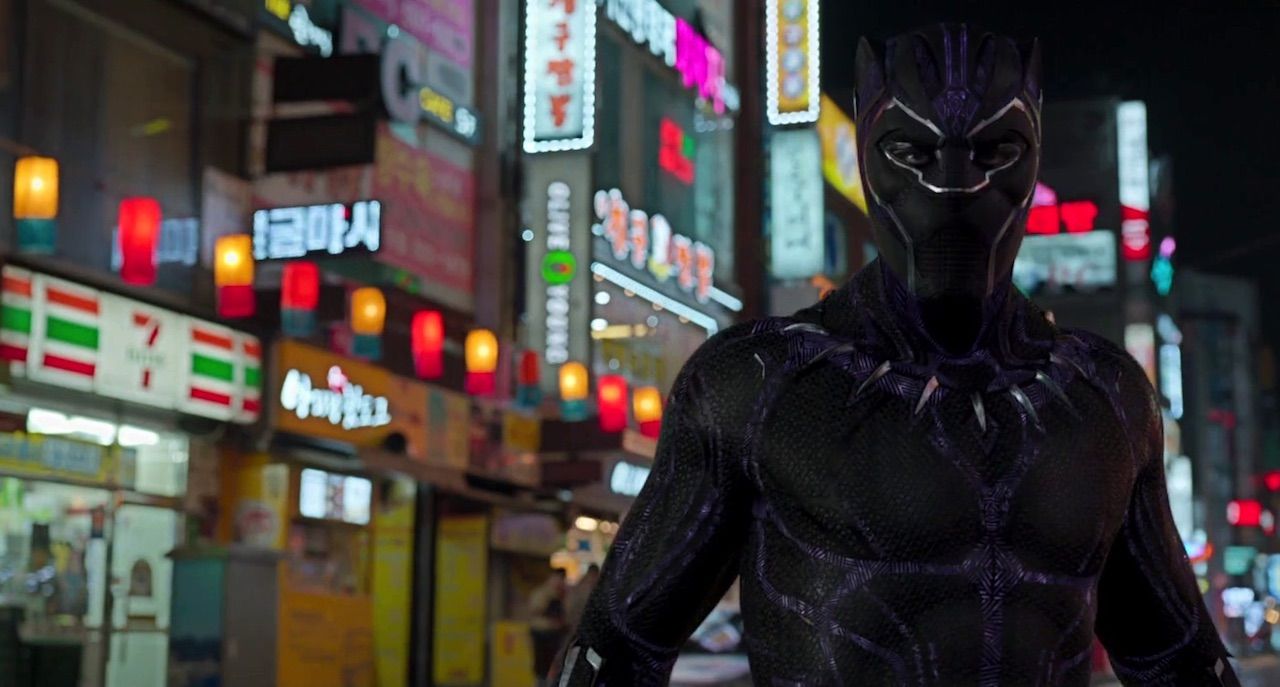 The groundbreaking Black Panther film is the first superhero movie to be nominated for Best Picture. It follows T’Challa, the Black Panther, as he assumes the Wakandan throne and the resulting conflict with antagonist Killmonger, who wants to end the nation’s isolationism. Wakanda not existing in real life may be one of the greatest tragedies this world has ever seen. Who wouldn’t want to live in a country so advanced? Virtually every disease is curable, the economy is as solid as vibranium, and there’s technology the likes of which have never been before. While you can’t visit the fictional African nation, you can still check out some of the real-world filming locations.

Generally, Marvel films base the majority of production in its studios in Atlanta, Georgia, but filming does use locations around the globe to add touches of reality to the superhero universe. One of the most epic scenes in the film happens early on — involving many of the main characters, such as T’Challa, Okoye, and Ulysses Klaue — in Busan, South Korea. The characters walk the streets of Busan, passing through markets, and the scene culminates in a car chase through its roads, providing a good look at the city through an interesting angle.

The landscape views of Wakanda are awe-inspiring, and actual aerial footage of South Africa, Zambia, and Uganda was used to create it. Iguazu Falls in Argentina was a significant filming location where several scenes occurred — such as T’Challa’s coronation ritual to become the next king. 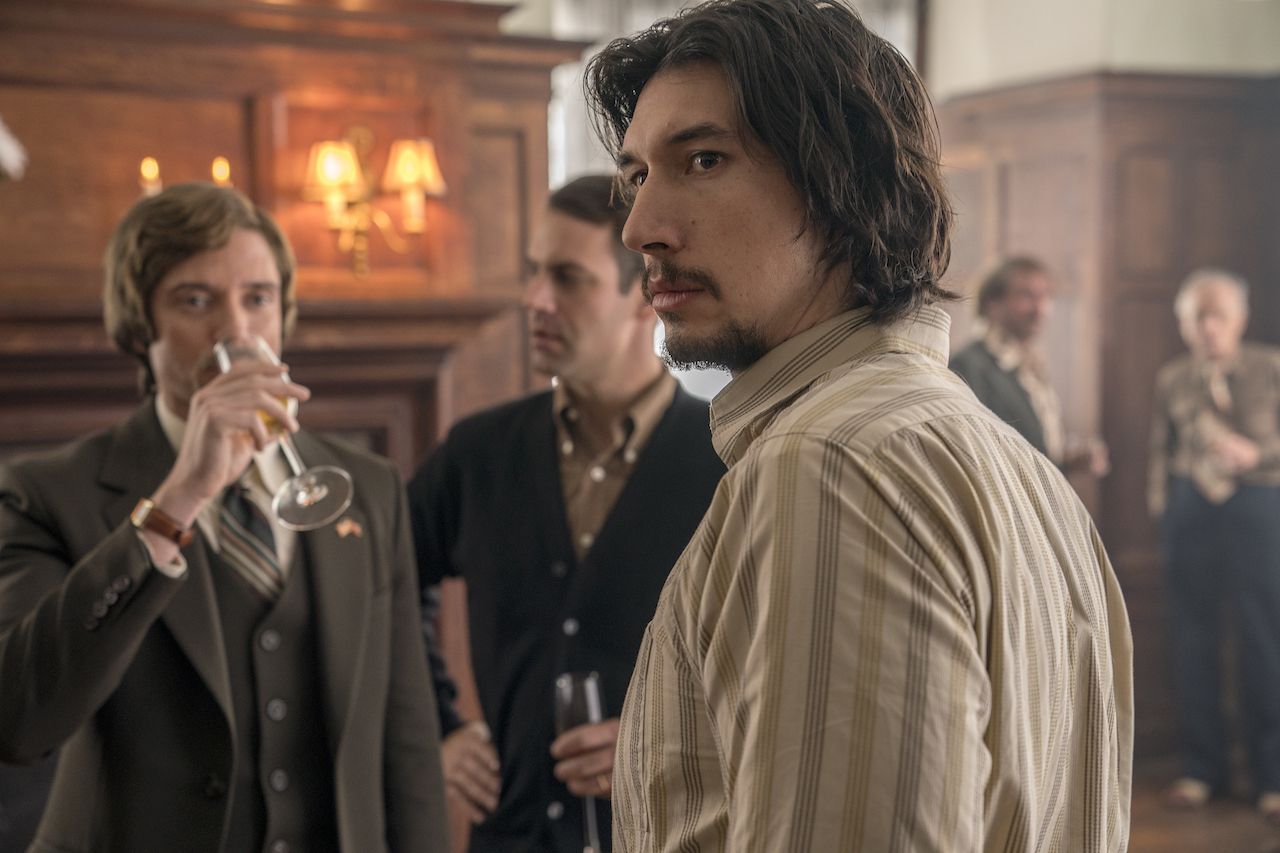 Spike Lee’s latest film follows the true story of Ron Stallworth, an African-American detective who infiltrated the Ku Klux Klan. Set in 1970s Colorado Springs, much of BlacKkKlansman’s action takes place indoors and was filmed in Lee’s studio. Some interior shots were filmed in Lee’s hometown of Brooklyn, such as Stallworth’s apartment and the KKK initiation meeting.

There are several exterior shots, however, but due to budget reasons, those were filmed in Ossining, New York, rather than on location in Colorado Springs. “[Ossining] looked a little dated and not quite grown up completely, and still had some of those late 1800s buildings still in evidence,” Curt Beech, BlacKkKlansman’s production designer, told Indiewire. “And Ossining has a nice elevation that sat up just above the Palisades, and you actually get an automatic matte line that could then become Pikes Peak. Other residential exteriors came from Ossining as well, including homes that hadn’t been touched much over the years.” 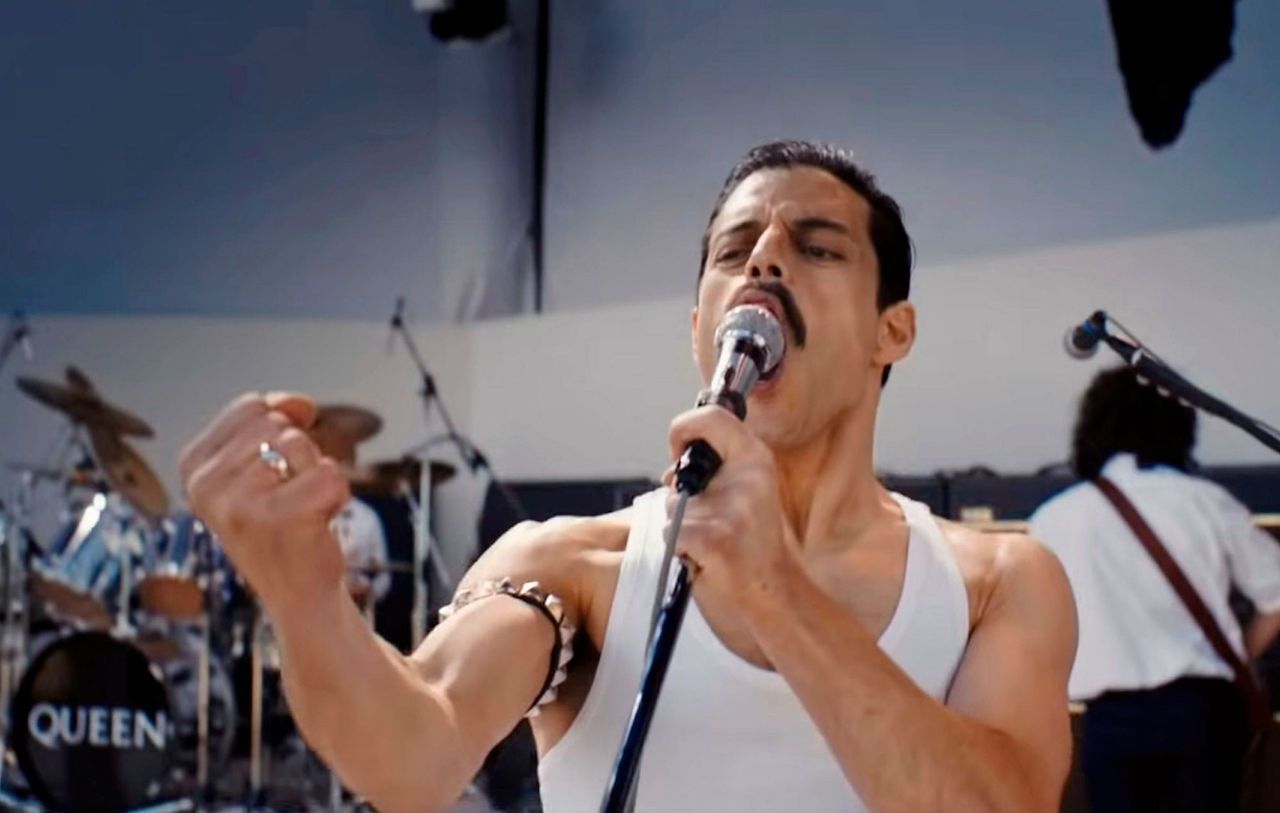 A biographical film about British band Queen, Bohemian Rhapsody follows the life of frontman Freddie Mercury. It begins with Mercury joining the band and follows Queen’s history up to the Live Aid performance in 1985. The actual Live Aid event itself took place at Wembley Stadium in the UK, but the movie was unable to film there. Instead, the crew recreated the stage at Bovingdon Airfield in Hemel Hempstead.

While the movie takes place in London, New York City, and Amsterdam, most of the filming was done in the UK. Some scenes in London couldn’t be shot at the actual locations, such as the college Mercury attended, Ealing Arts, which was instead filmed at the Old Town Hall in Bromley; parts of Camden, Lewisham, Kingston, Brentford, and Haringey were also used for a variety of the London scenes.

Other places in London were redesigned to be locations from New York and Amsterdam, such as a shoe store in Southwark doubling as a record shop in Amsterdam, and Union Street standing in for the infamous New York street where Mercury threw his manager out of a limo. Scenes surrounding Mercury’s last place of residence, Garden Lodge in Kensington, were filmed in a private residence on Ashcombe Avenue in Surrey. 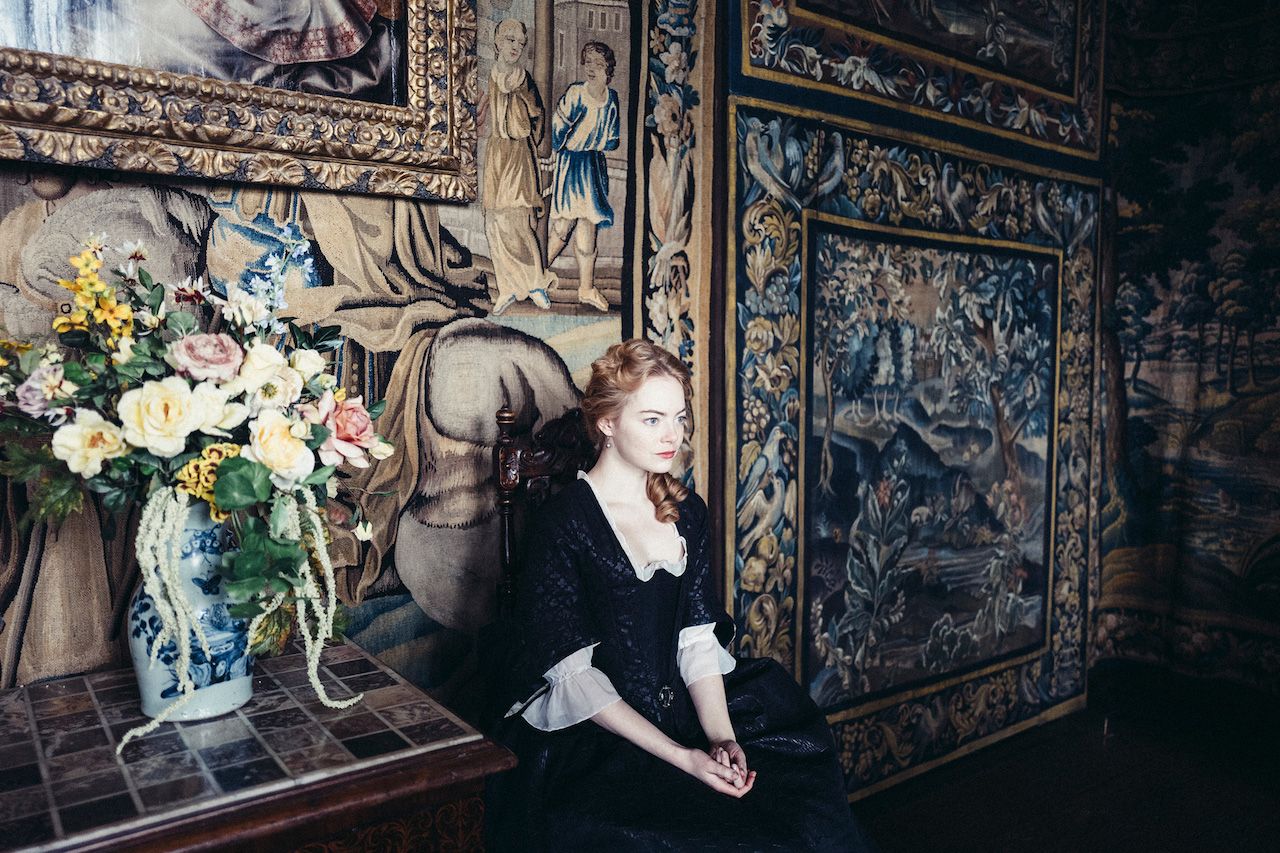 Starring a number of notable actors, such as Olivia Colman, Emma Stone, and Rachel Weisz, The Favourite is a combination of a period drama and a comedy. Set in the 18th century, it tells the story of two cousins competing to be the favorite of Queen Anne. Filming for the movie was all done in the UK. While some scenes were filmed at Hampton Court Palace in Molesley and Oxford, the majority of both interior and exterior shots were filmed at Hatfield House in Hertfordshire. As for the choice of location, director Yorgos Lanthimos told Kodak, “From the beginning, I had this image of these lonely characters in huge spaces.” You can tour both palaces; Hampton Court Palace even has an exhibit of costumes from the film through March. More costumes are on display at Kensington Palace, which is where many of the film’s historical events took place, though The Favourite was not filmed there. 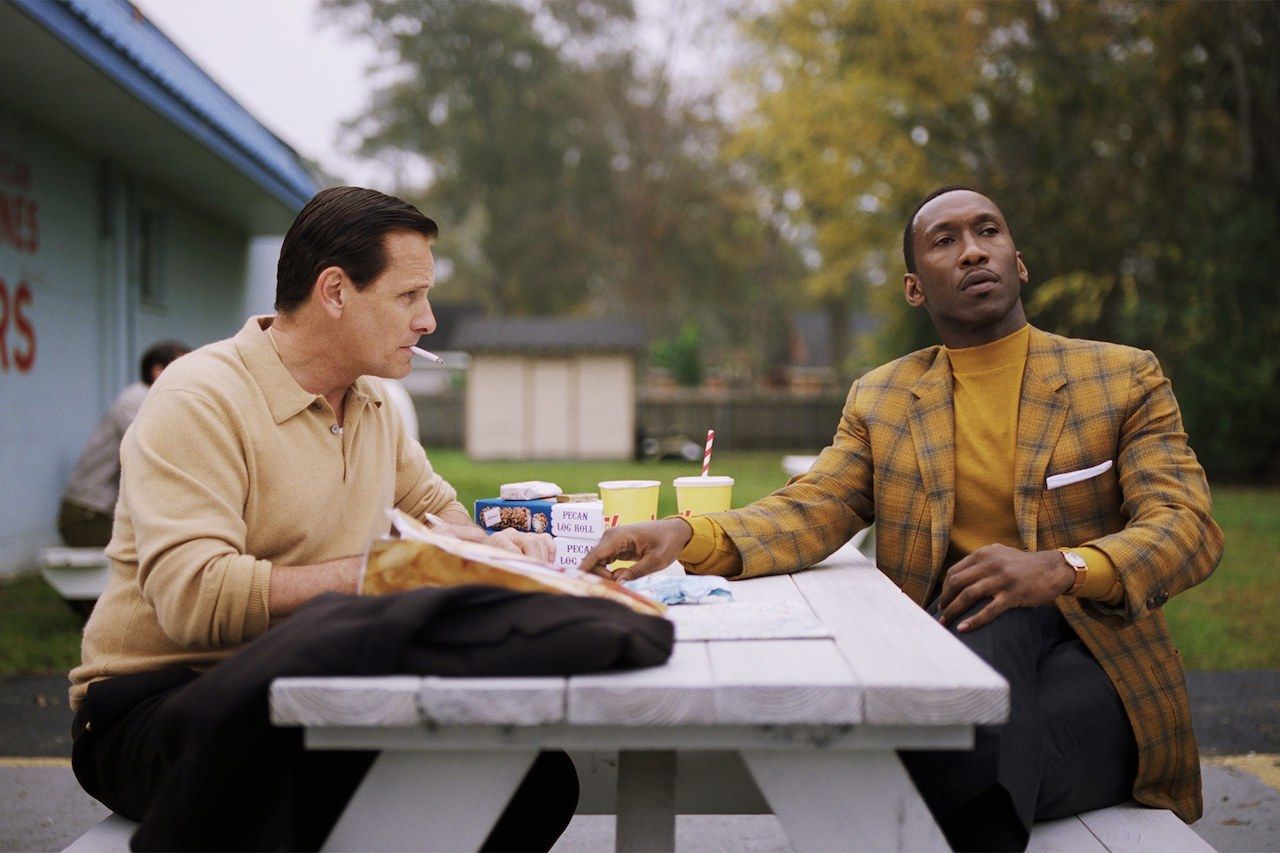 Taking place in the South in the 1960s, Green Book is based on the true story of co-writer Nick Vallelonga’s father’s friendship with African-American pianist Don Shirley. Vallelonga’s father was an Italian-American bouncer at Copacabana who, after the club shut down for renovations, became a chauffeur and bodyguard to the musician. Because Shirley needed a driver for his eight-week concert tour, the film is set in a myriad of locations, such as New York City, Memphis, and New Orleans.

While the characters toured parts of the US, the film’s cast and crew did not. All of it was filmed in Louisiana, bar one day in New York City where some driving scenes and NYC-specific exterior shots were taken. Locations in NOLA doubled as New York City locales, like the International House Hostel and Carver Theater for Copacabana scenes, and Sigle’s Antiques being used as a pawn shop. The film also stopped at many of NOLA’s historic theaters to shoot scenes for Shirley’s many performances, like the Orpheum and Saenger theaters. They also hit a variety of eateries, thanks to Vallelonga’s large appetite, which were filmed at real-life Louisiana restaurants like the Clover Grill in NOLA and Miss Anne’s Fast Foods in Amite. 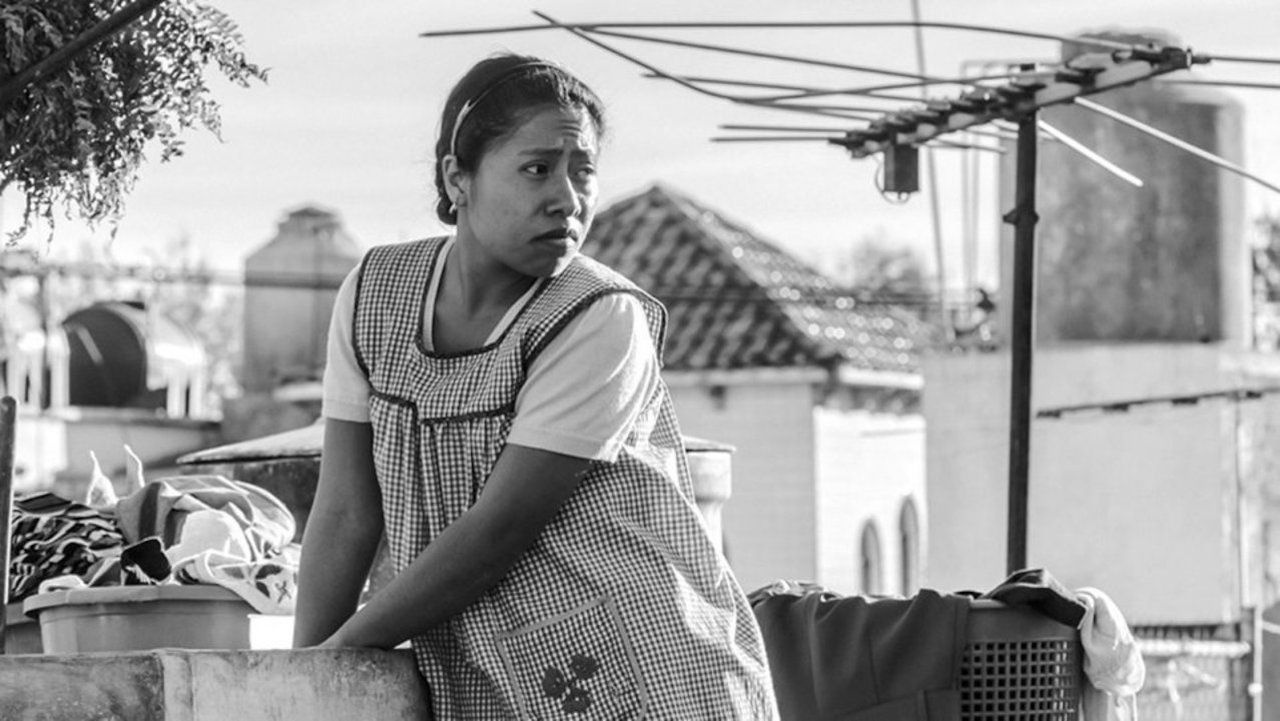 Roma is a semi-autobiographical drama written and directed by Alfonso Cuarón, based on Caurón’s own life in Mexico City in the early 1970s. The black-and-white film is centered around the housekeeper of a middle-class family and paints a portrait of family issues through a greater social lens. The movie mostly takes place all around the Roma neighborhood in CDMX, which is also where the director himself grew up. Various shots of other spots in the capital city include famous sights like the Teatro Metropólitan. 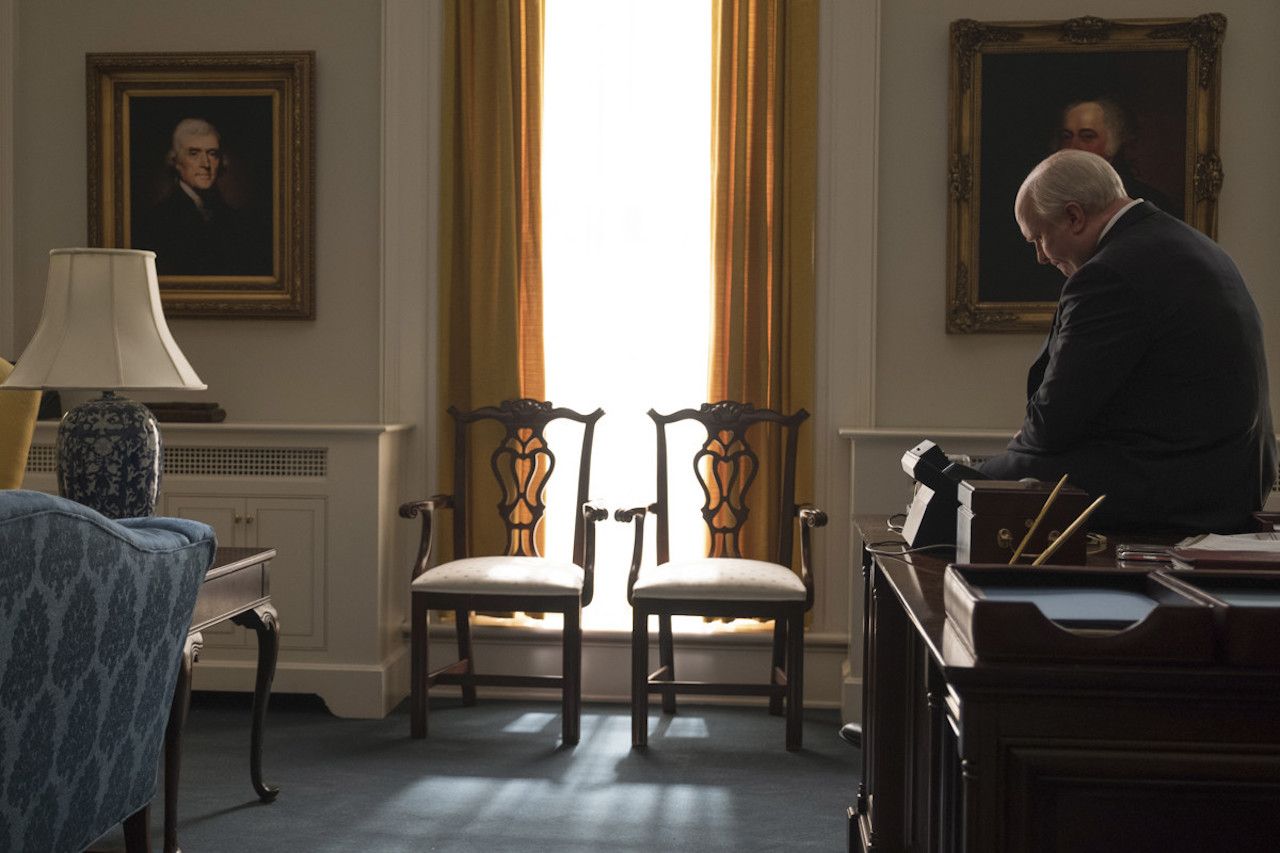 Vice is another biopic that made its way onto the list of Best Picture nominations. Also a comedy-drama mix, the film is narrated by Kurt, a veteran from the Iraqi and Afghanistan wars, and is about former US Vice President Dick Cheney and his quest to become the most powerful VP in history. The film’s scenes take place all over, from Washington, DC, to Wyoming to the Middle East. You can, of course, tour the actual White House, but wanting to see the real-life center of the movie Vice would be a pretty weird reason to do so.

Galleries23 Real-Life Settings You Can Visit From Game of Thrones
Tagged
Entertainment Events Movies Insider Guides
What did you think of this story?
Meh
Good
Awesome