The Netherlands’ most spectacular flower park — also the largest in the world — opens for about two months every spring, and it’s a sight to behold. The Keukenhof, located only a 35-minute drive away from Amsterdam, spans over 79 acres and is home to seven million bulbs, including 800 varieties of tulips. The bulbs are provided by 100 companies from the Dutch floricultural sector to display their superb catalogs of bulbs, flowers, and plants. 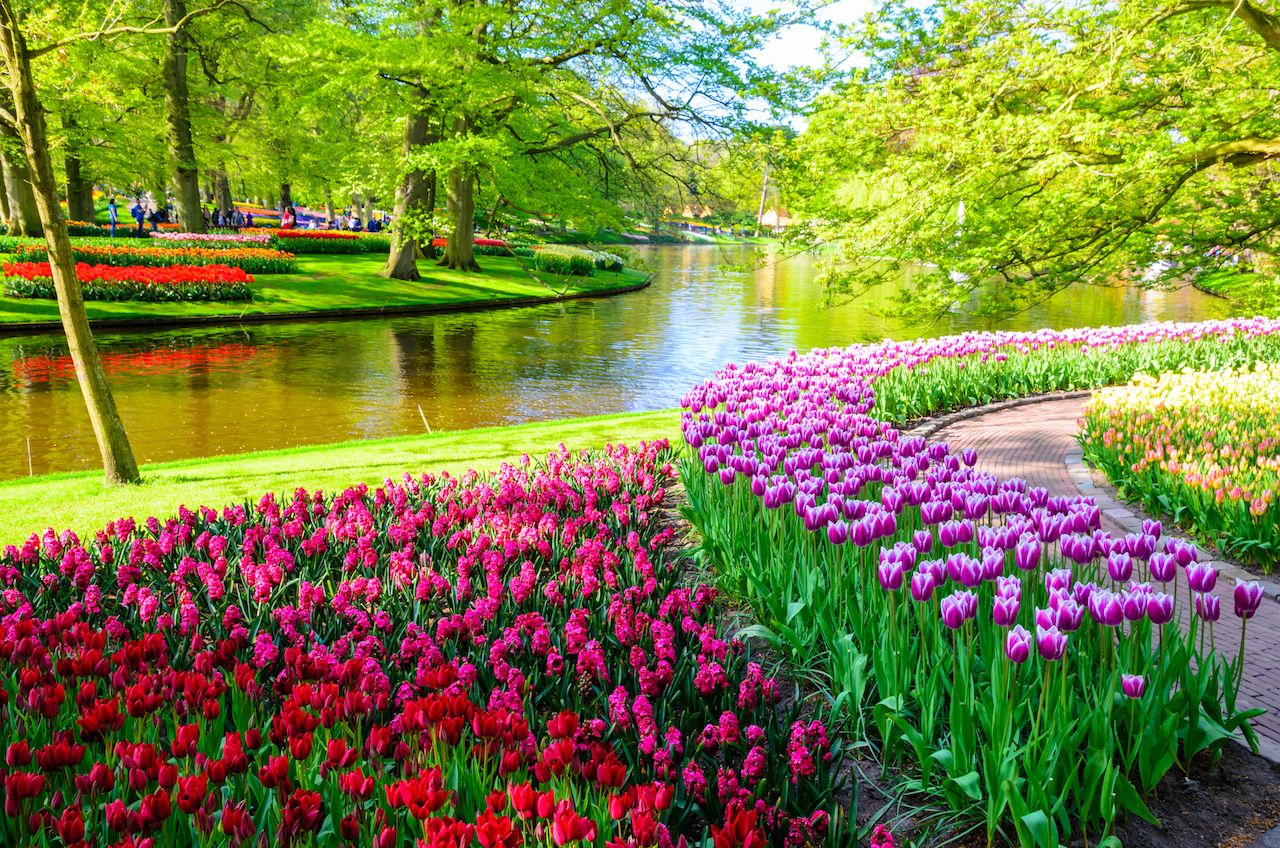 The history of the famous Keukenhof garden dates back to the 15th century and Countess Jacqueline of Bavaria. Her kitchen staff used to use the grounds to grow fruit and vegetables, which is why the name Keukenhof literally translates to “kitchen garden.” In 1641, a castle was added on the grounds, and in the 19th century, the landscaping was tailored to resemble an English garden, with the spring flower exhibitions beginning in 1949. Initially, 20 of the Netherlands’ most prominent flower growers used the garden to show off their flowers, and the phenomenon took off from there.

The garden is open until May 19, welcoming visitors from around the world who come to see the colorful blooms. Tickets cost $19 per person and can be purchased online.

National ParksThe 11 Most Stunning Flower Fields in the US
Tagged
News National Parks Netherlands
What did you think of this story?
Meh
Good
Awesome

The 20 Happiest Countries in the World, 2022
3 International Psychedelic Retreats Poised To Take Wellness Travel Into the Future
Escape Amsterdam for the Perfect Psychedelic Truffles Trip in the Dutch Countryside

This Mushroom Coffin Is the Future of the Death Industry

This Dutch Museum Is Pairing Smells With Paintings, and It’s Not Always Pleasant