If John Adams had it his way, we’d all be celebrating the Second of July.

In a letter to his wife Abigail, dated July 3, 1776, Adams predicted that the day the Continental Congress declared independence from Great Britain would go down in history as America’s greatest, and be celebrated accordingly. “It ought to be solemnized with Pomp and Parade, with Shews, Games, Sports, Guns, Bells, Bonfires, and Illuminations,” he writes, “from one End of this Continent to the other from this Time forward forever more.”

Adams was almost right. Americans opted to celebrate on the fourth, the day the Declaration of Independence was ratified, but they are still solemnizing nearly 250 years later. And the festivities are not far off from what Adams described.

Philadelphia hosted America’s first birthday party in 1777. It was a last-minute event but a spectacle nonetheless. A July issue of the Virginia Gazette references ships decorated “with the colours of the United States and streamers displayed” and a “grand exhibition of fireworks.” Later accounts establish picnics and parades as longtime themes of the Fourth of July, which was popularized after the War of 1812 and became a federal holiday in 1870. Other traditions, like the inaugural 13-cannon salute over the Schuylkill River, have been lost to history.

Cannon fire is unlikely to make a comeback, but with a few small tweaks, your annual barbecue could become a pretty good “first Fourth.” Just be warned: There was even more beer back in 1776. 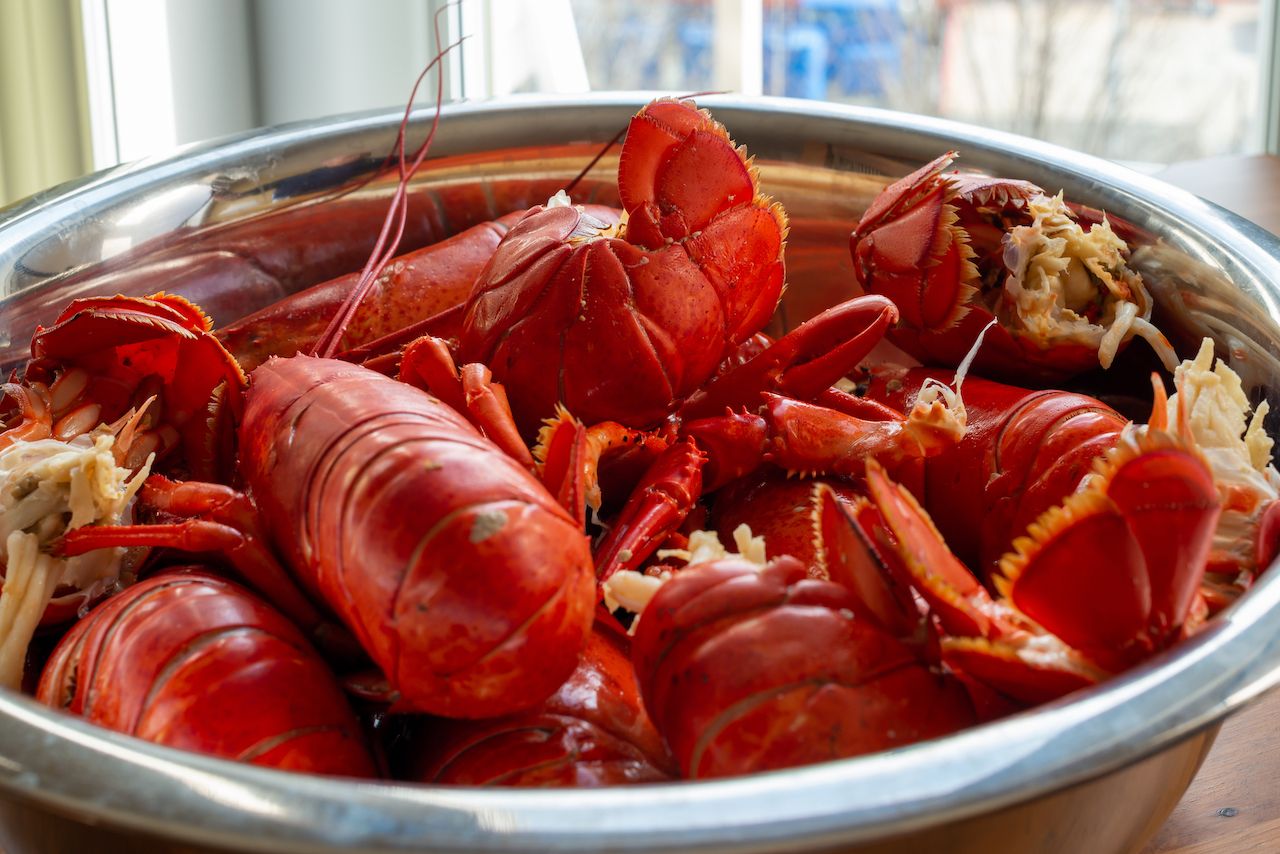 The Fourth of July is all about meat. Americans plan their menus around hot dogs and hamburgers, and then they plan their days around grilling them up.

Beef and pork were staples of the lower-class diet in 18th-century America, but those with means tended toward seafood on the Fourth of July. Crab, lobster, crawfish, and shellfish dishes like oyster gumbo were eaten around the mid-Atlantic. In New England, turtle soup, salmon in egg sauce, peas, and new potatoes became the standard, followed by apple pandowdy. An apocryphal origin story cites this as the meal John and Abigail Adams shared on July 4, 1776. 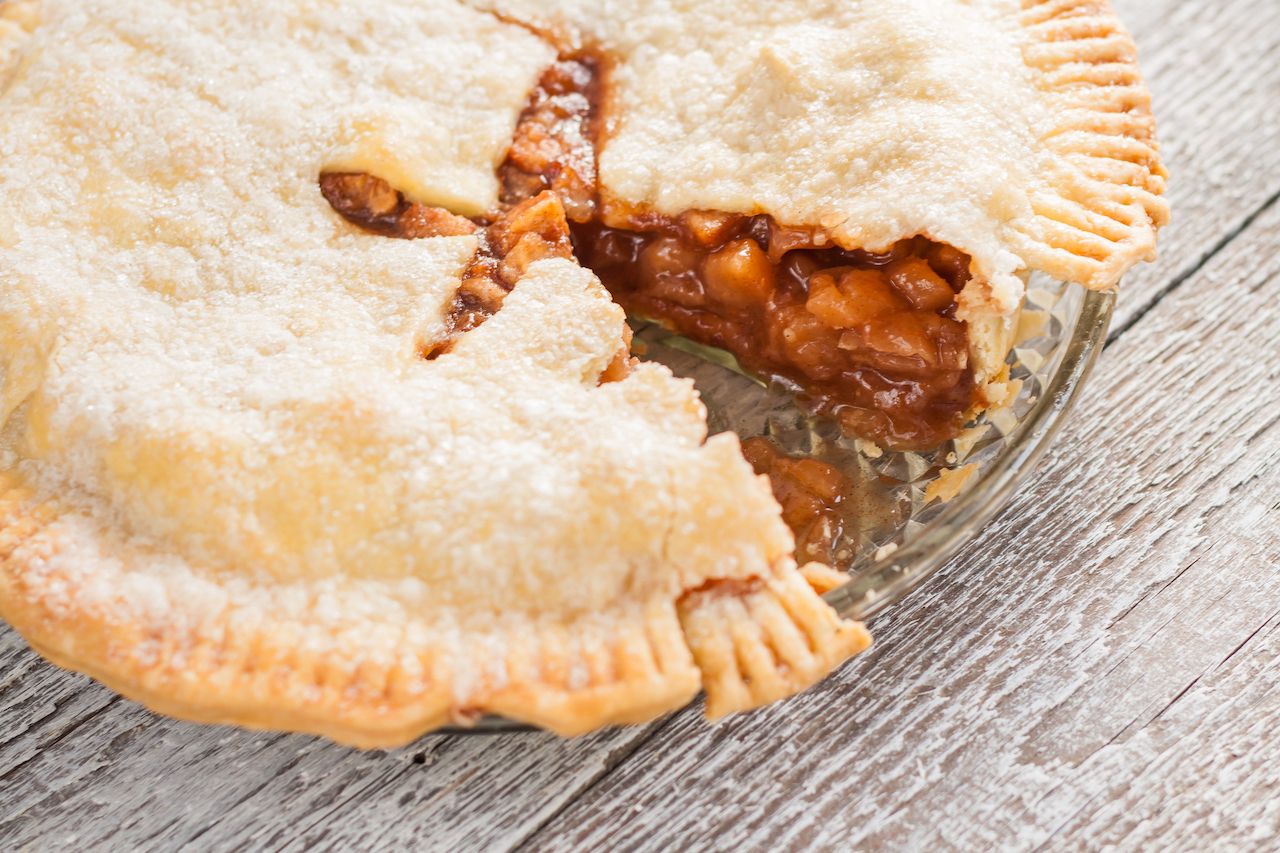 The theory has been debunked, but Abigail Adams did bake a mean apple pandowdy, a spiced apple dessert. One 1851 recipe calls for six juicy apples to be tossed with brown sugar, cinnamon, cloves, lemon zest, and boiled milk, then topped with a plain pie crust. A version commonly attributed to the first lady also uses molasses and nutmeg in the filling.

The Founding Fathers also had a taste for ice cream. Thomas Jefferson and James Madison were particular fans, albeit of flavors we’re unaccustomed to today: tomato, asparagus, and cheese-flavored ice creams were served alongside vanilla. Shellfish appears here too: Dolly Madison, who turned the frozen treat into a White House staple, was partial to oyster ice cream.

It’s impossible to say what dishes graced the tables of the first Fourth of July observers. Some have theorized that roast turkey, rabbit, or pigeon might have made an appearance. The good news for those planning an authentic menu: French fries and mac and cheese are fair game, as Thomas Jefferson helped popularize both. 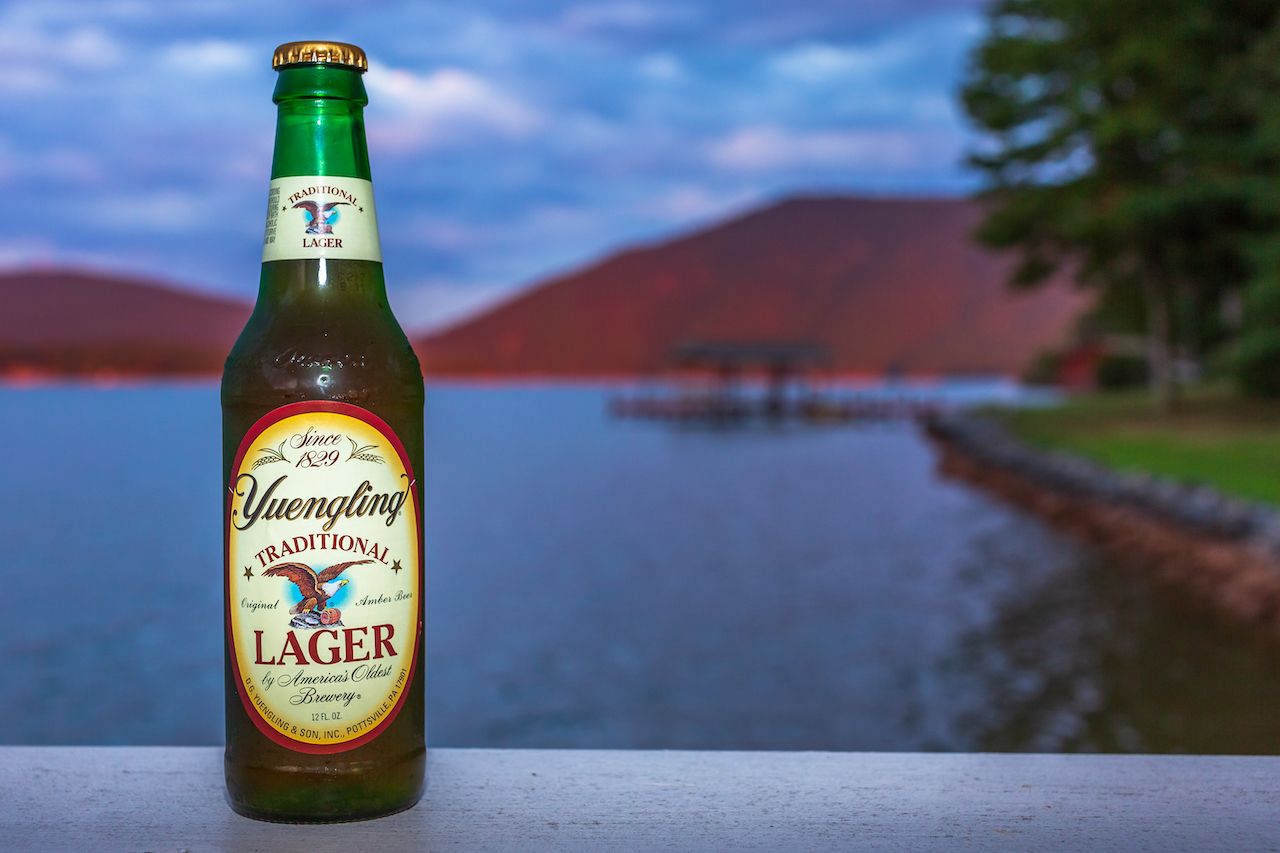 A concerning amount of alcohol was likely consumed while the Declaration of Independence was drafted. The Founding Fathers were known to drink: Jefferson brewed beer at Monticello and collected French and Italian wine. Madison, it’s said, drank a pint of whiskey a day. Franklin was known for talking politics over punch, and Washington racked up legendary bar tabs.

In a letter to his daughter on July 5, 1777, John Adams describes a spontaneous Fourth of July dinner filled with countless toasts to the country and its countrymen. Adams and company likely raised glasses of beer, cider, or whiskey. Some may have sipped fortified wines from Spain or Portugal, which have a dessert-like quality.

Colonists also drank beer and cider to hydrate, even as children. Potable water was scarce in cities, and an overabundance of apples in the colonies meant bottomless cider for colonists. Beer became a status symbol for those who could afford to drink it in lieu of water.

It’s not recommended to go without water this or any other Fourth of July, but prepare to keep a drink in hand if you’re doing things 18th-century style. Stock up on Yuengling, America’s oldest beer, or come up with a signature whiskey cocktail. Punch was another staple beverage, typically served in big bowls filled with rum, brandy, citrus, sugar, and occasionally Champagne. 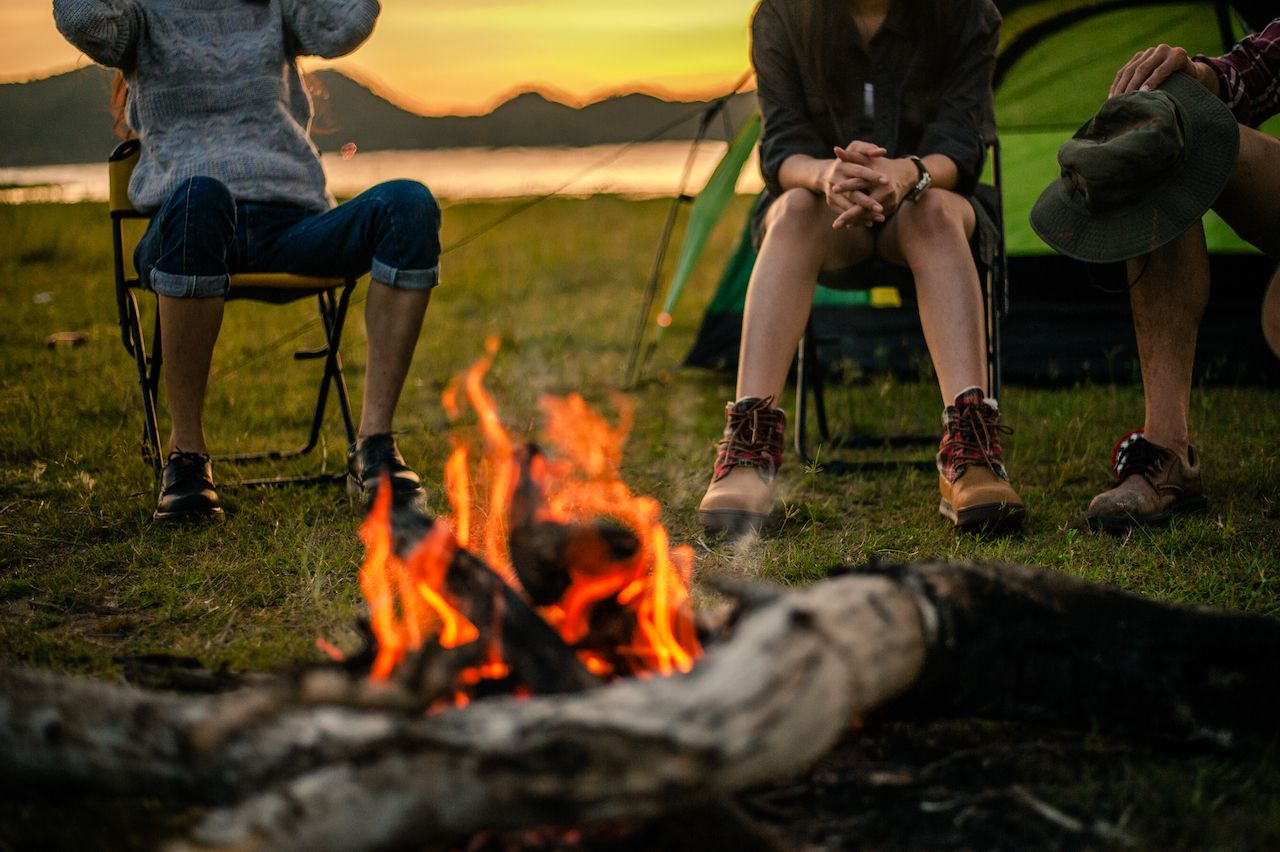 Much of what John Adams prophesied for the Fourth of July came true. Pomp and parade? Check. Games and sports? You bet. Fireworks show? Every single year. It’s rare, on the other hand, to attend a barbecue scheduled around bonfires or bell-ringing.

Oratory was once essential to Independence Day. Four days after the Declaration of Independence was adopted in 1776, it was read aloud in Philadelphia’s Independence Square, which laid the ground for annual bell-ringing and speech-giving traditions. Crowds soon gathered in public squares to hear generals speak on the Fourth of July. Others huddled up at home for group storytelling sessions, a tradition worth bringing back today. 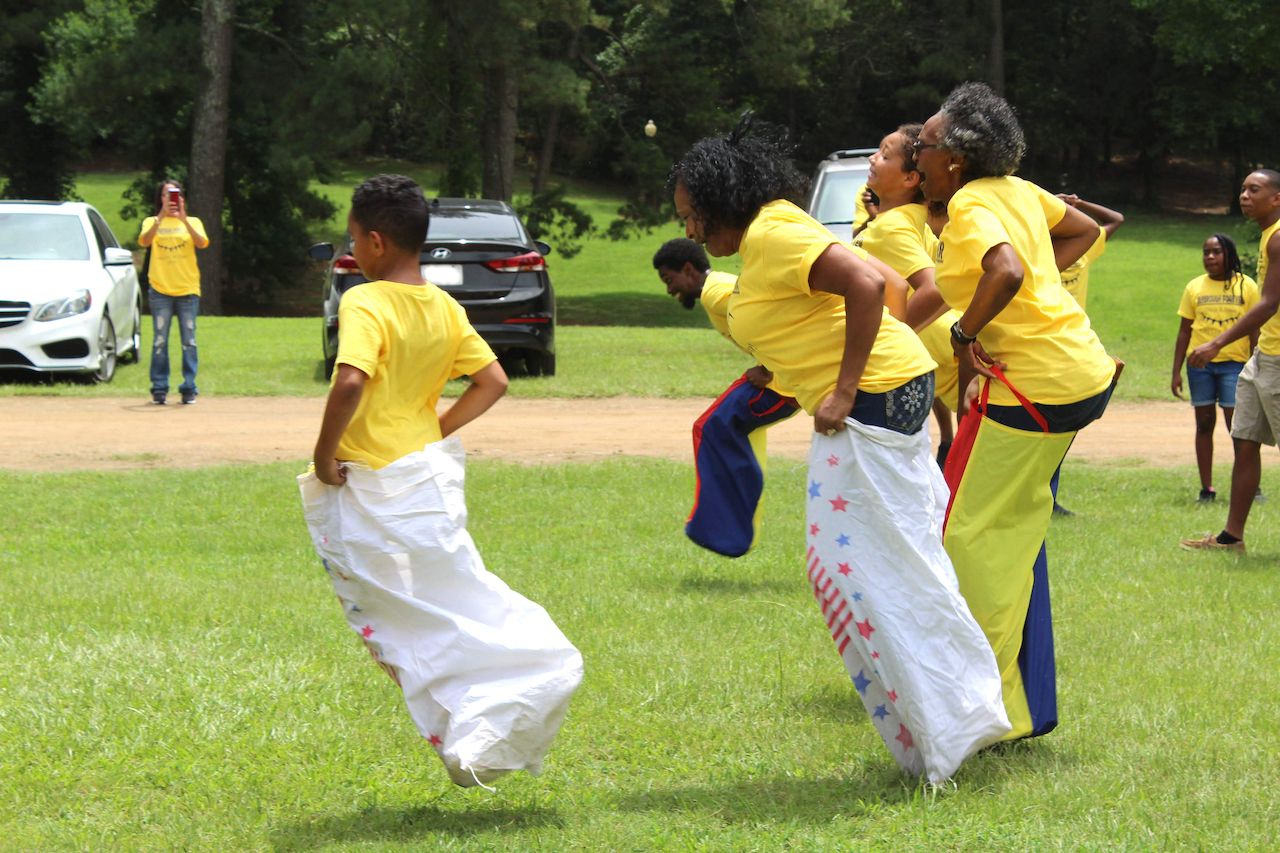 Lawn and parlor games were equally popular. Nine pins, an early version of bowling, took off in the colonies, as did shooting marbles and throwing darts. Children ran relay and sack races, spun whirligig toys, and had hoop-rolling contests. Some adults dueled or held cockfights. A tamer game involving anonymous questions and answers played out like 18th-century Apples to Apples, or maybe Cards Against Humanity depending on your crowd. Thumb through Colonial Games, Pastimes, and Diversions for the Genteel and Commoner for more activity inspiration.

Then there are the light shows. Fireworks have always closed out the Fourth of July, but in early days, bonfires did too. Accounts of the first celebration describe bonfires burning all over the streets of Philadelphia. While not everyone has access to fire pits or bonfire-friendly beaches, social distancing around a small campfire may not be the worst way to spend this Fourth of July.

There’ll be no gathering en masse for carefree parades or fireworks shows this year. But even those of us who’ll be staying home, determined to celebrate anyway, can reclaim the holiday by channeling our Founding Fathers. Pop a couple of beers, cook up some crab, or build a backyard bonfire and toss a few horseshoes around. This Fourth of July is going to be historic.