The South Side of Chicago brings up some negative connotations for a lot of people. It’s true that there are some pretty dangerous parts there, but the South Side is huge, and to write the whole area off because of a few high-crime parts would be a huge mistake. Some of Chicago’s best architecture, parks, beaches, restaurants, and cultural institutions are located south of the Loop, and missing out on them is to miss half of the city. Here’s our list of the top 10 fun things to do on the South Side of Chicago.

1. Museum of Science and Industry 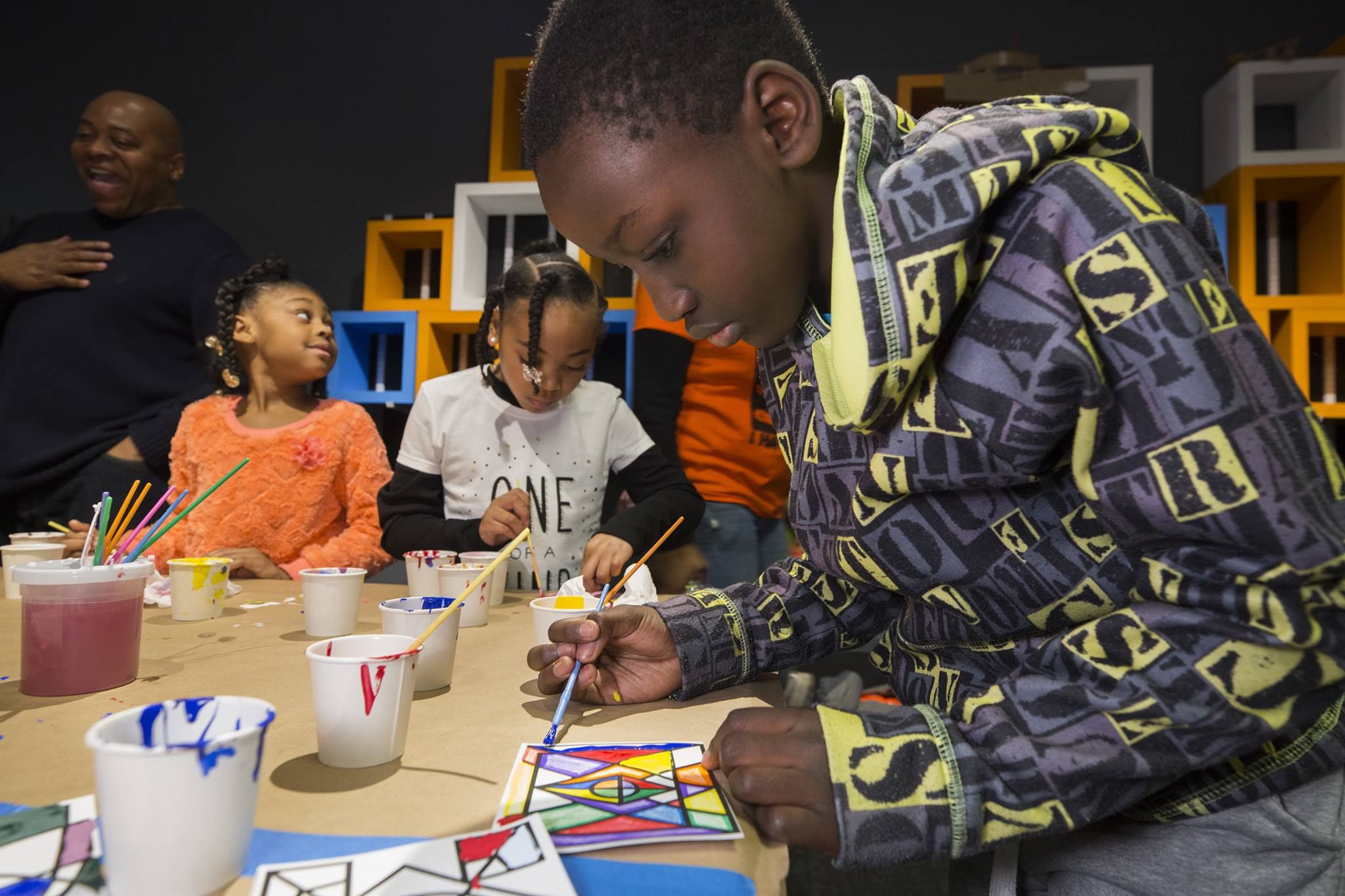 Probably the best-known South Side attraction is the classic Museum of Science and Industry. MSI is beloved by Chicagoans and no local can forget traveling deep down into the super-realistic coal mine or exploring the inside of a real World War II German U-boat in their youth. The rotating exhibitions are always worth it, and the area around it is perfectly safe. You can easily reach the museum from downtown by car or bus, and Lake Shore Drive gets you there really quickly. 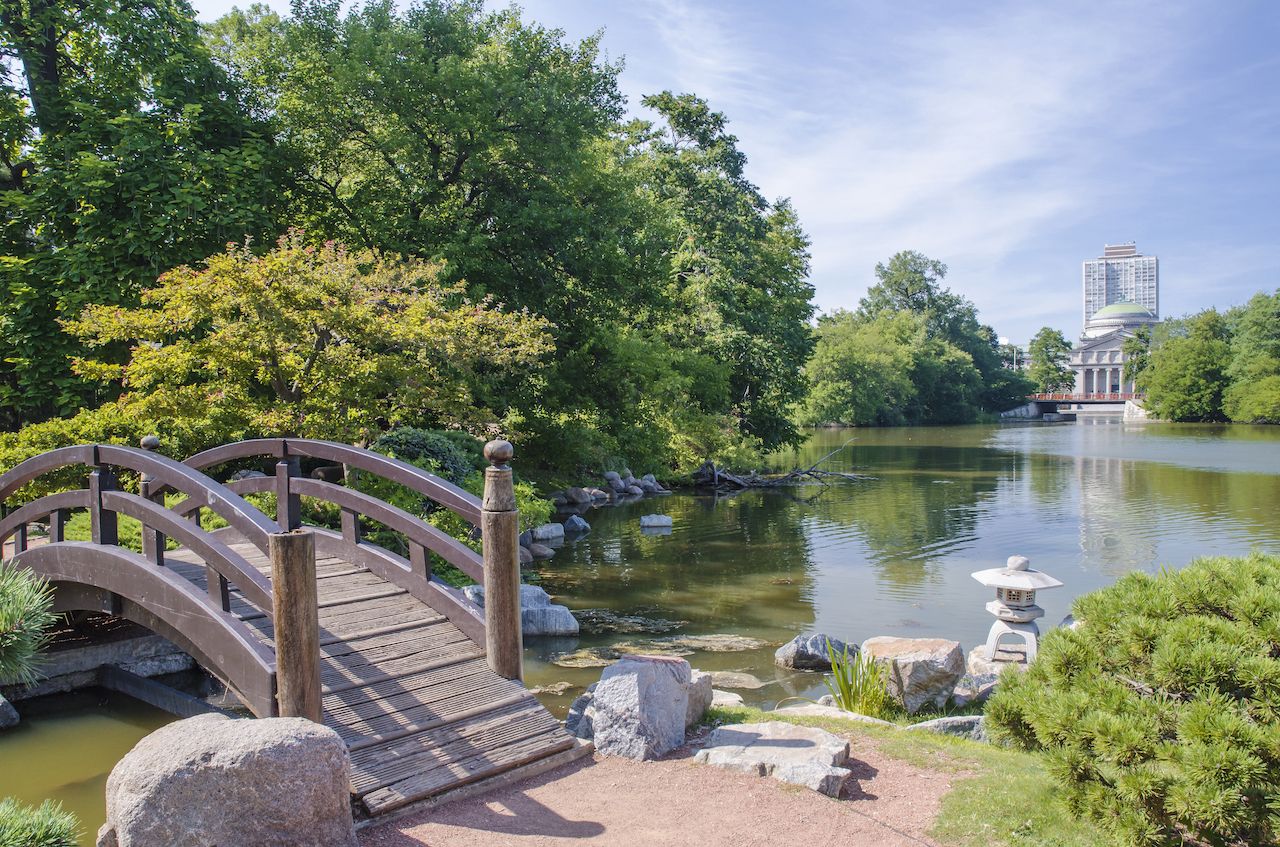 Located directly behind the Museum of Science and Industry, Jackson Park is probably the city’s most beautiful green space. In 1893 it was the site of the Columbian Exhibition and the museum is actually set in the one remaining building from the exhibition. The highlight of the park is the Garden of the Phoenix which was previously the Osaka Garden. This wonderful garden is set on an area called Wooded Island and will transport you out of Chicago and into Japan. The park also includes beaches, harbors, lagoons, sports fields, a gym, an indoor fieldhouse, and a golf course and driving range. 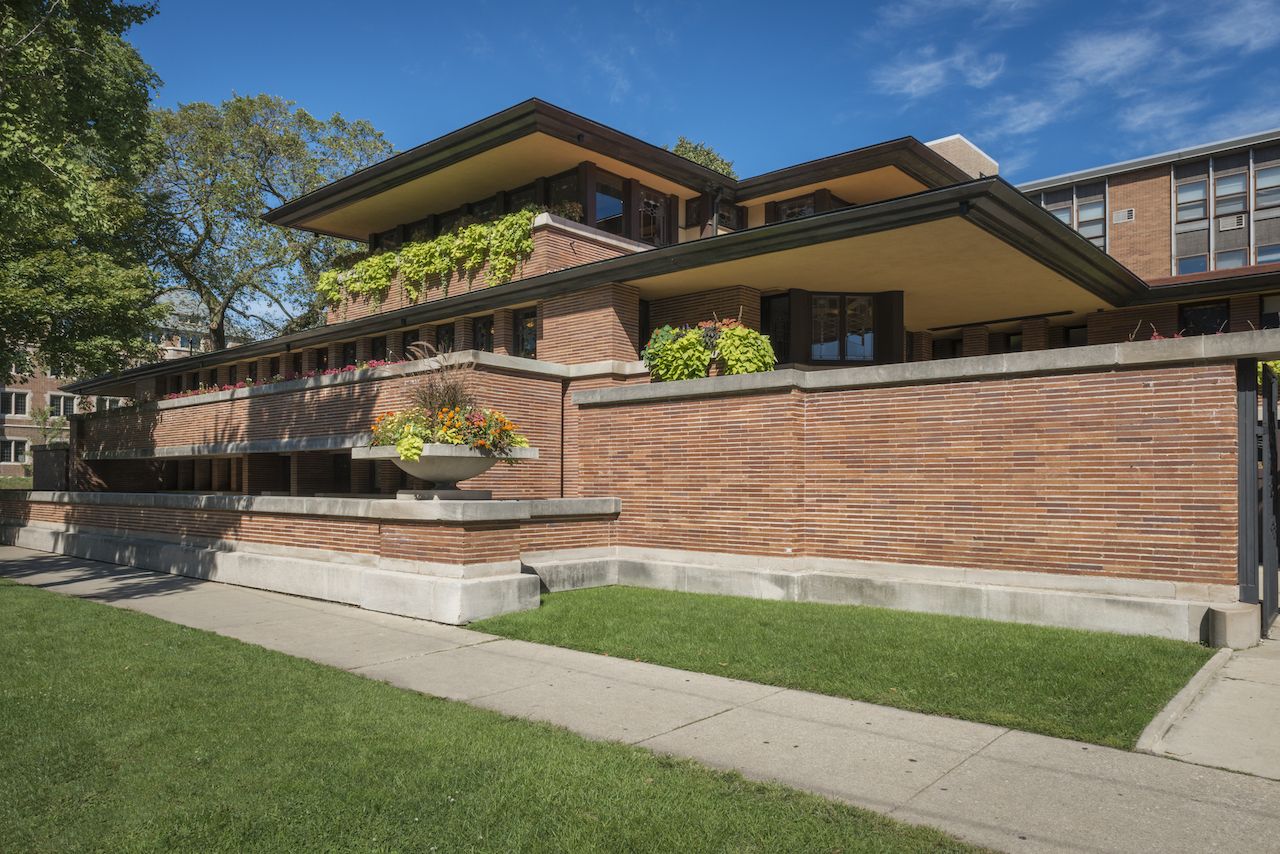 Robie House is probably the single best example of Chicago architect Frank Lloyd Wright’s Prairie-style architecture. The house is stunning both inside and out, and it’s definitely worth visiting. The inside has been largely restored to how it looked on completion in 1910 with furnishings, stained-glass windows, and interior details designed by Wright himself. The tours are absolutely worth doing, but if you’re in the area and don’t have the time, you should still stop by to admire it from the outside. 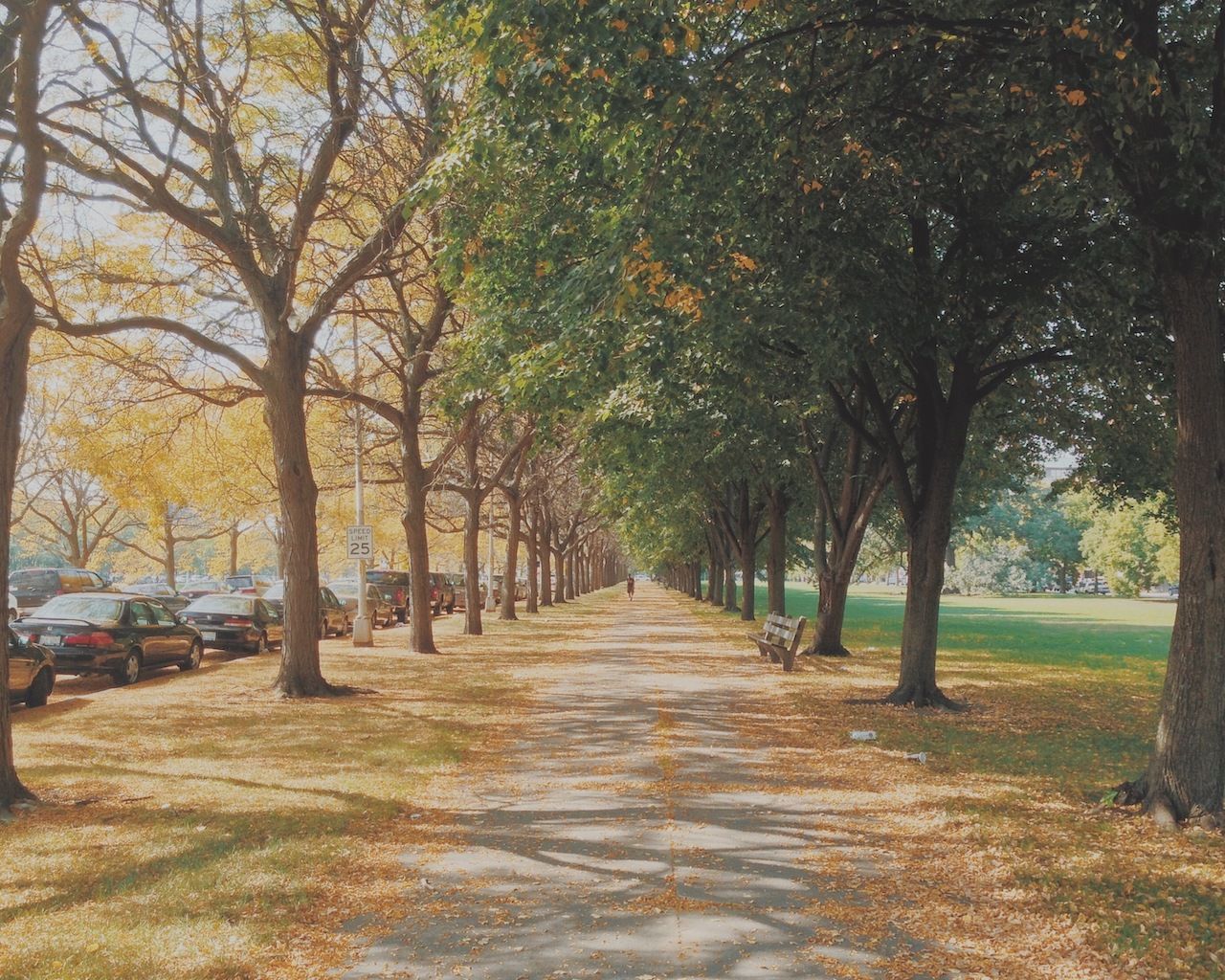 The Midway Plaisance is a mile-long, 220 yard-wide stretch of park space between 59th and 60th streets. The Midway connects Jackson Park to the east with Washington Park to the west. Essentially part of the campus of the prestigious University of Chicago, the English Gothic buildings of the university stand regally over the Midway and make for a very nice place for a stroll or a picnic. 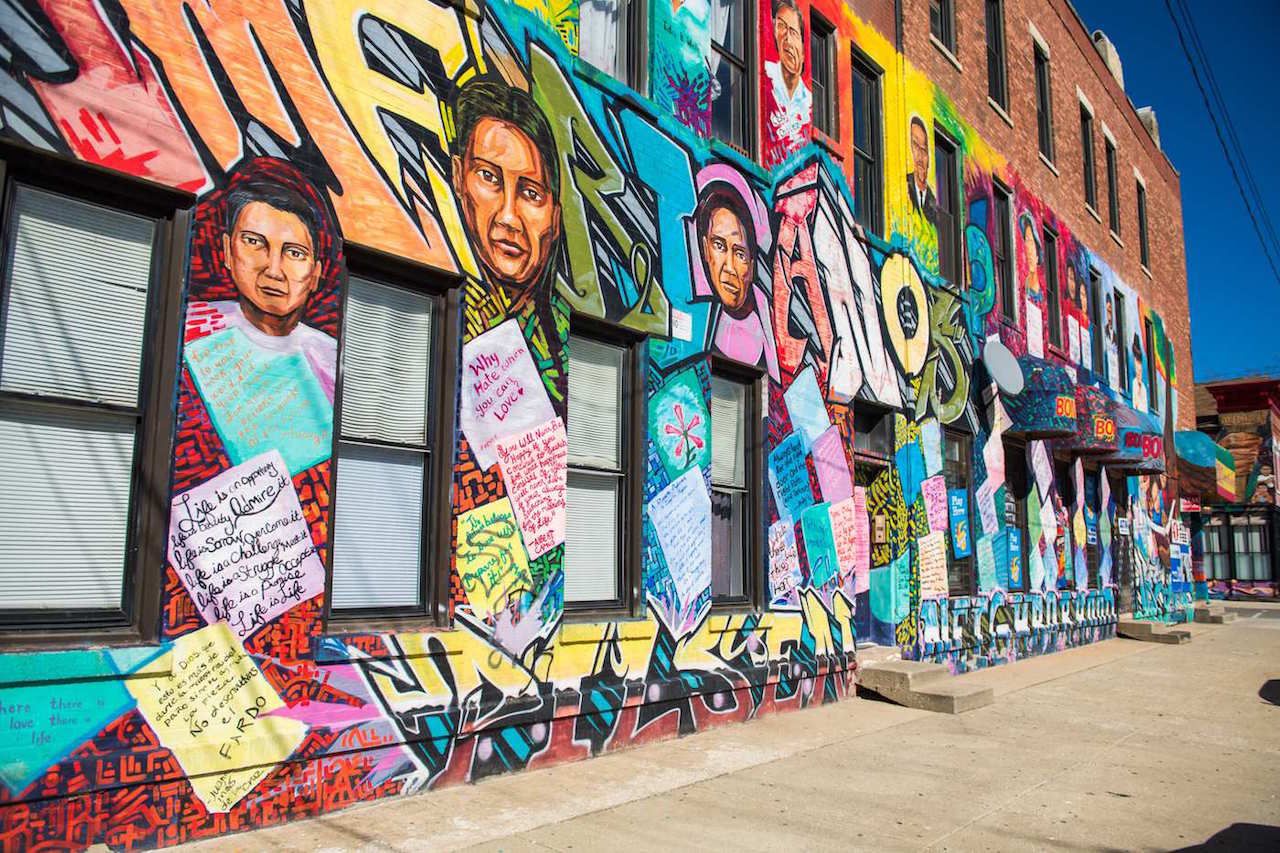 Pilsen is a neighborhood on the near-Southwest Side that’s the heart of Mexican-American Chicago. The food there is fantastic just about anywhere you go, and the neighborhood has the best street art scene in the city. The mural movement in Pilsen dates back decades and today they’re still at it creating huge public works of art that draw from and celebrate the vibrant Mexican and Chicano culture of the neighborhood. You can find an interactive gallery of Pilsen murals with the locations for each one at this great website. 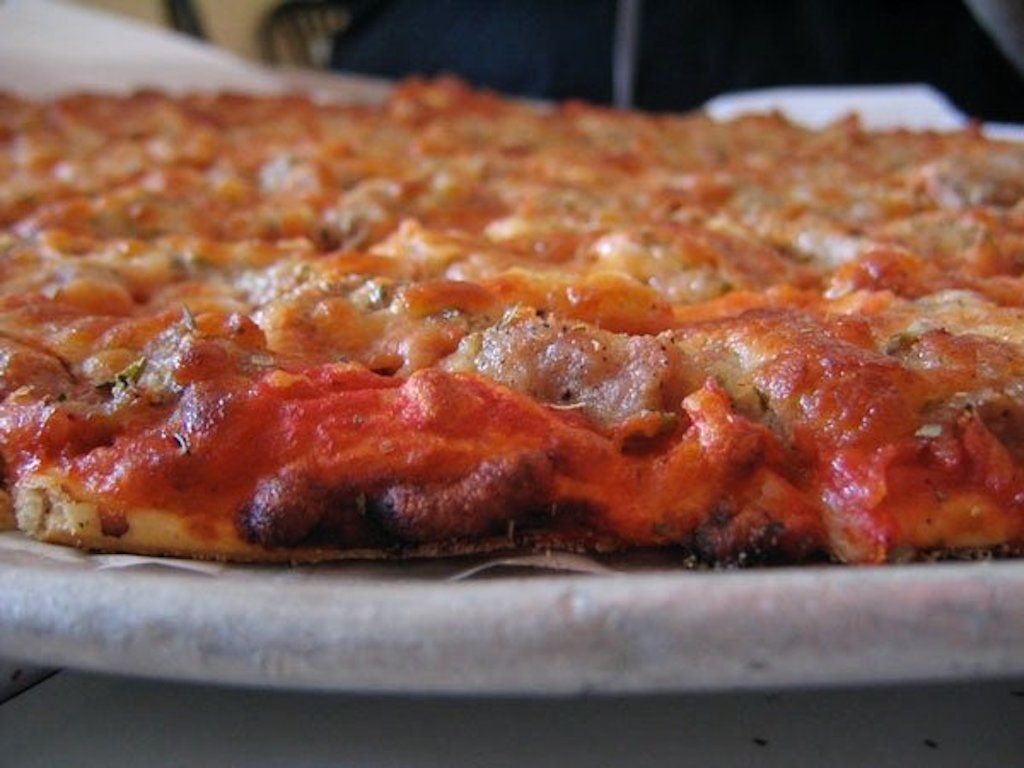 Yes, deep-dish Chicago-style pizza is good. Yes, Chicagoans sometimes eat it. But it’s not our favorite pizza. What we eat is ultra-thin crust tavern-style pizza, with a crispy crust that’s almost like a cracker and can’t be folded without cracking. And we cut it into squares, not pie slices. And we don’t call it a pie. A lot of the best places to get Chicago tavern-style pizza are on the South Side and you can’t go wrong with Vito and Nick’s. Get a pizza, order a few Old Style beers on draught, and enjoy. It’s the best pizza in the country and we doubt you’ll disagree after the experience. 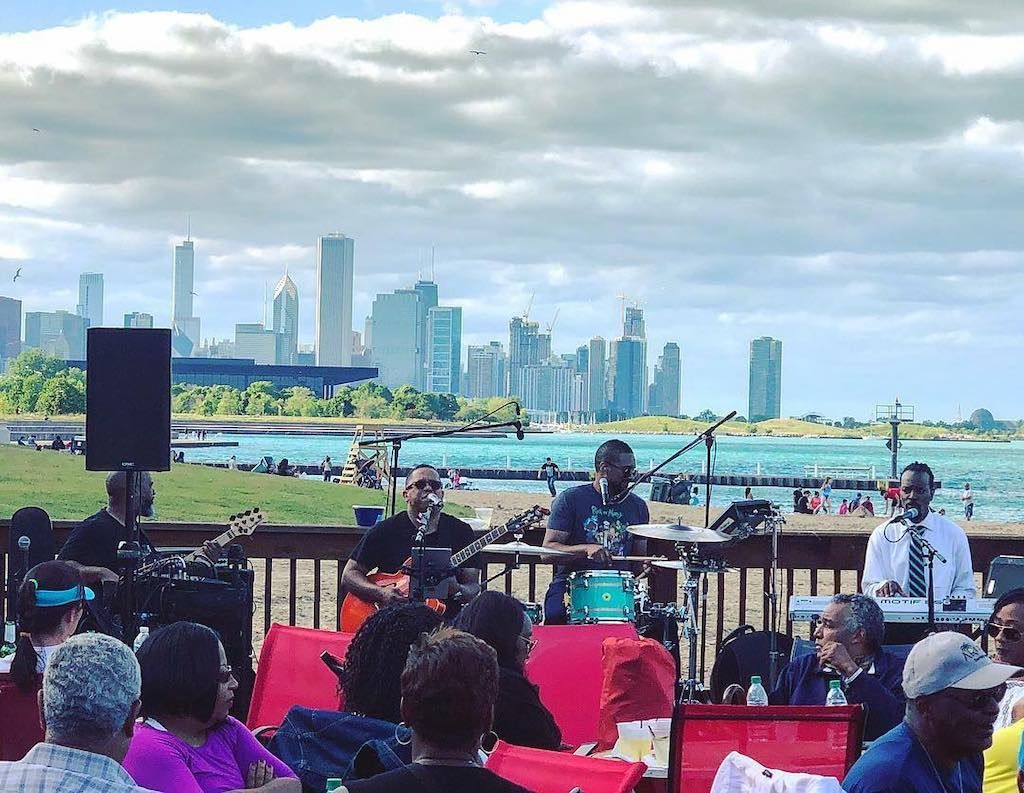 Located at 31st Street Beach and showing off some of the city’s best skyline views, Pier 31 is perfect South Side destination when the weather is nice. This bar and restaurant has great food, a full bar, daily live music and DJs, and weekly dance events. Best of all, Pier 31 is located just steps away from a nice sandy beach and boat docking facilities, plus nearby rentals of kayaks, paddleboards, and jet skis. It’s got pretty much everything you could need for a truly perfect summer day. 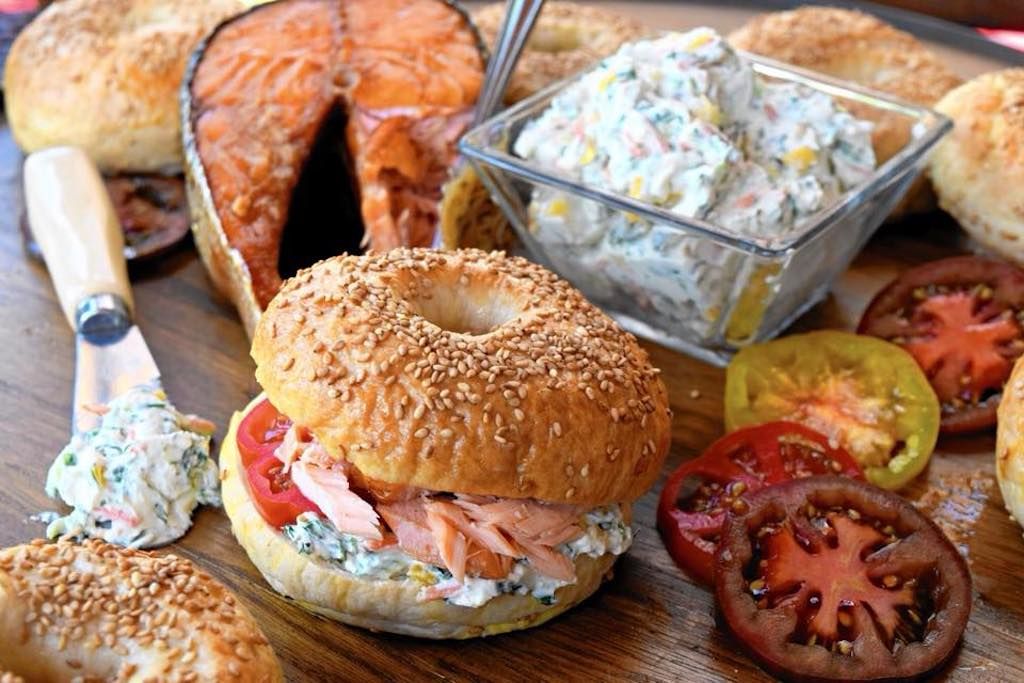 Down in Calumet on the industrial far South Side, Calumet Fisheries has been frying and smoking seafood since 1948. The late, great Anthony Bourdain was a fan, and Calumet Fisheries has won prestigious James Beard awards, but don’t let that fool you. This place has no seating, no bathrooms, and is strictly takeout only. Don’t let that put you off, the seafood here is probably the best in the city. 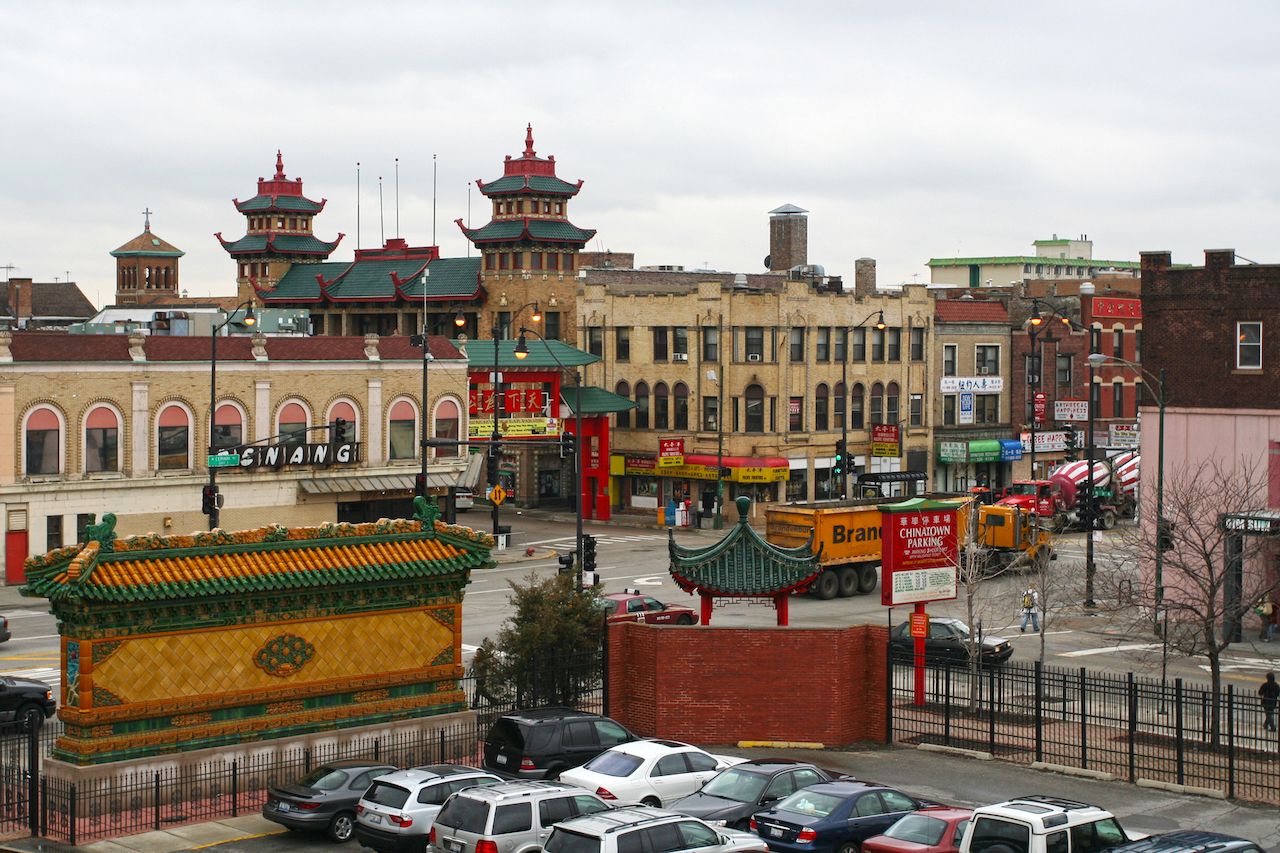 Unlike cities like New York and San Francisco with diminishing Chinatowns, Chicago’s Chinatown is actually booming. The sights, sounds, and smells of this vibrant community where Chinese is often the first language of shops and restaurants can transport you. Excellent restaurants serve up classics like dim sum and American Chinese, but you’ll also find cuisines from regions all over China. While solidly on the South Side, Chinatown is easily reached from downtown on the expressway, the Red Line train, or by Chicago River Taxi during warmer months. 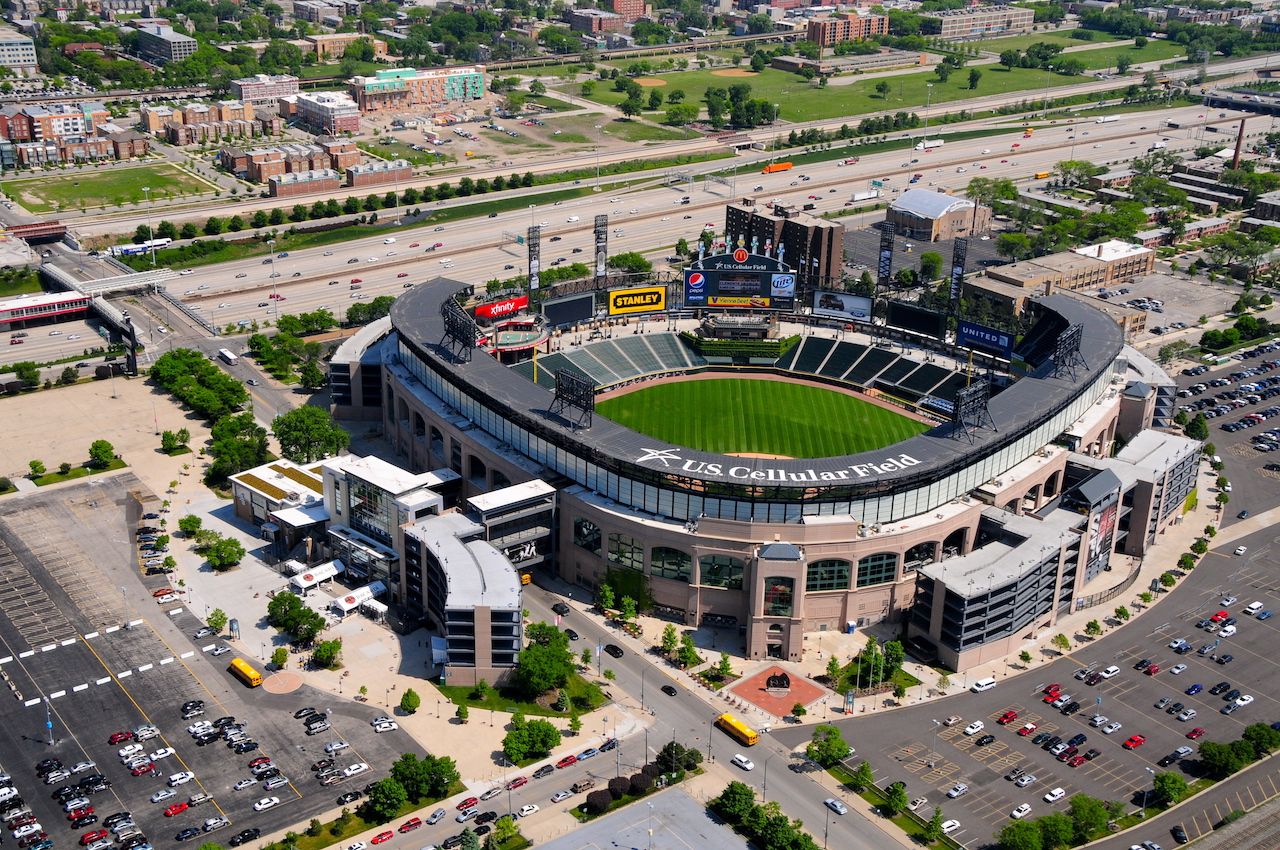 When most people think of Chicago baseball they probably think of classic Wrigley Field and its Chicago Cubs, but the South Side is also a great place to catch a game. South Siders cheer for the Chicago White Sox and, as the city’s often-overlooked team, they keep a chip on their shoulder and are always ready to wisecrack about their crosstown rivals and their fans. Seeing a game at Sox Park (and that’s what you should call it, not whatever financial institution is currently paying to put its name on the stadium) is a fun place to watch baseball. The team does a lot more promotions than the Cubs do to get fans in, so there are fun themed nights like bring-your-dog-to-the-park day, and there are fireworks on weekends and after home runs.

10 Ways To Make Friends if You’re New To Chicago
Tagged
Insider Guides Chicago, IL, United States
What did you think of this story?
Meh
Good
Awesome