For over 30 years, orange Garfield phones (yes, as in the cartoon cat) have been strangely washing up on the French coast of Brittany. Many have speculated that the bizarre phenomenon has been due to a lost shipping container, but at last, a local farmer has confirmed this hypothesis. The farmer revealed that he discovered the container of phones after a storm in the 1980s, and now, thanks to his insight, researchers have finally been able to locate the container. 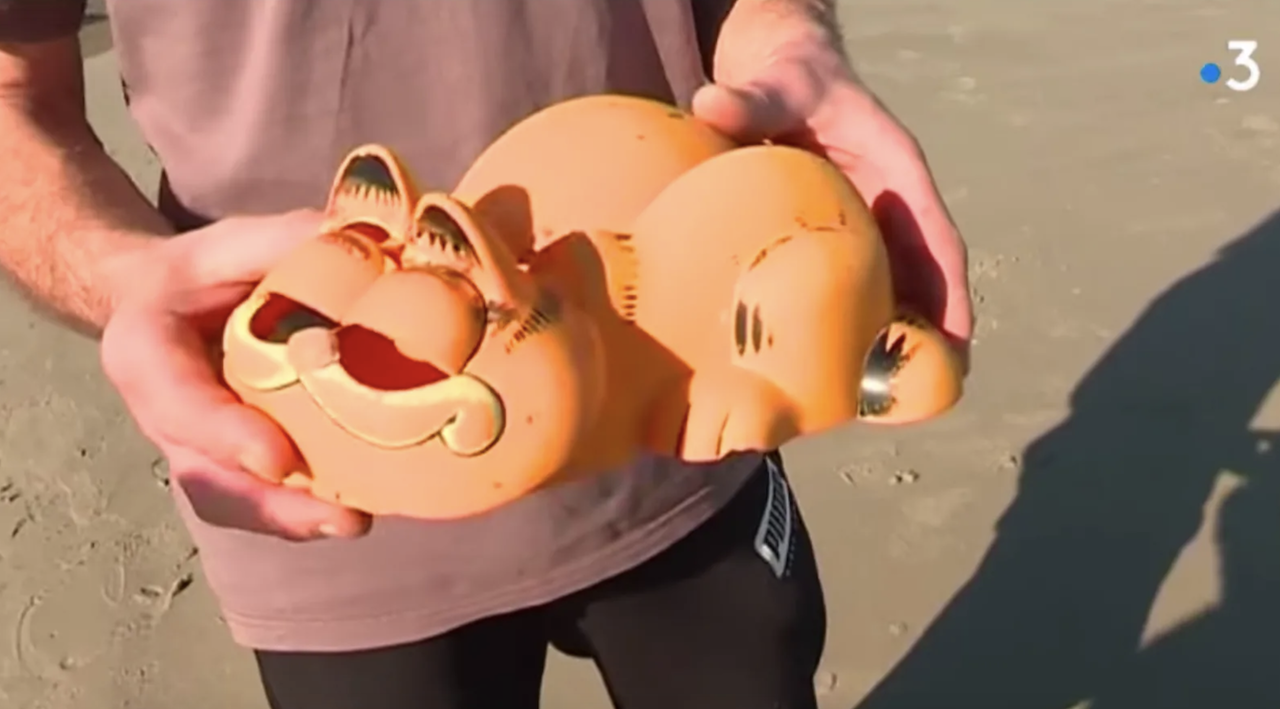 The phone was once a common novelty household item, with the famous cat’s eyes opening when the receiver was picked up. Thousands were sold during the 1980s, and the phones are still popular among collectors.

Claire Simonin, head of local beach cleaning group Ar Viltansou in Brittany, told AFP, “We found this incredible fissure that is 30 metres deep and at the very bottom, there were the remains of a container. Under the boulders in front of the entrance, we found 23 complete handsets with electronics and wires. They were everywhere.”

There are, however, still some missing pieces of the puzzle. “We have no idea what happened at the time,” Simonin added. “We do not know where it came from, what boat. And we don’t know if several containers fell into the water, or only one.”

Beach cleanup crews might still be removing Garfield phones from the beach for some time, but at least now they’ll have a better idea of their origin.

Technology + Gear9 Apps Every Experienced Traveler Should Have on Their Phone
Tagged
Entertainment News
What did you think of this story?
Meh
Good
Awesome