The nomadic lifestyle is not a concept created by millennials. Before the development of agriculture, humans were all wanderers, but today, only a handful of traditional nomadic communities still roam the planet in small groups, often traveling with animals that are vital to their livelihoods. They work hard to keep their ancient cultural beliefs and behaviors alive, surviving against the odds of climate change and urban encroachment on their territorial lands.

It’s important to respect and try to protect these marginalized communities because if we lose them, we also lose their ancient oral histories, fascinating art, and complex languages. We’ve seen that among some tribes, culturally sustainable tourism can help support economies and lifestyles. Visitors can also help educate the world about how worthwhile nomads’ livelihoods are of protecting. On the other hand, sometimes tourism inadvertently harms nomadic peoples’ ways of life. Be aware that while some of these communities are interested in welcoming tourists, others choose a more remote life for a reason. Here are seven fascinating nomadic communities you should know about.

The Kochi people of southern and eastern Afghanistan survive in decreasing numbers because of the pressures of war and internal strife, but a few thousand continue to live as their ancestors did, herding sheep, goats, and camels. Some are purely nomadic, forever roaming with their families. Others are semi-nomadic, seasonally migrating to let their animals graze when the climate is favorable. A third group is nomadic traders, exchanging the meat, dairy, and fiber from their community’s animals for grains and vegetables, and returning to a home village. This traditional pastoral economy is being swapped for highway commerce, but some Kochi nomads are keeping hold of their ancestral trade routes — not so much for touristic shoppers but for their own integrity as a people. 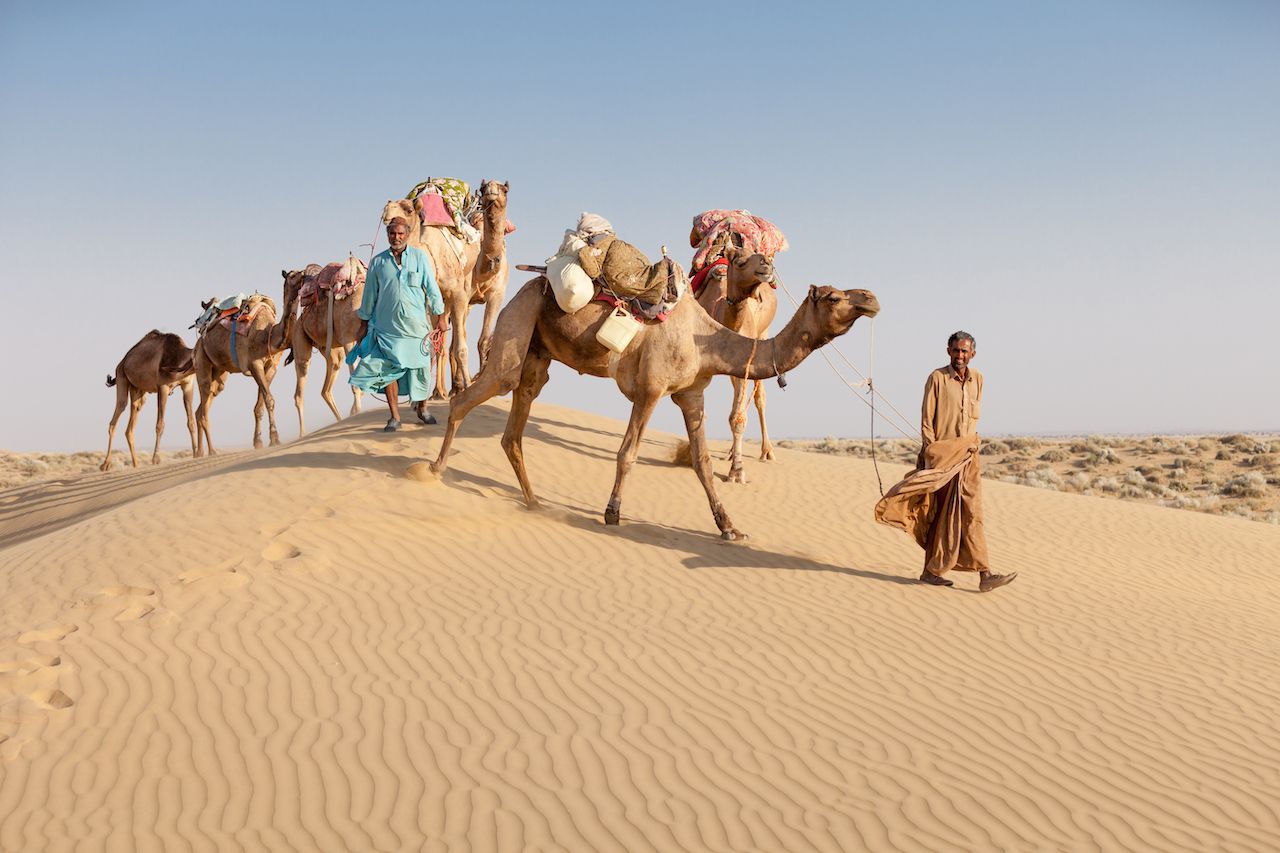 The semi-nomadic Bedouin people of the Negev desert roamed the region centuries before the 1948 formation of Israel. In 1947, there were upward of 92,000 Bedouin individuals, who identify as Palestinian Arabs. In 1948, the number was quickly reduced to about 11,000 individuals, who were moved to reservations and so-called “unrecognized villages.” Though mostly landless today, their numbers have grown. Many continue to honor their ancestral ways of life in symbiosis with grazing animals and basic agricultural practices. In Jordan, several tour operators offer travelers the chance to spend a few days with Bedouins — sleeping in their traditional tents, riding through the dramatic desert on Jeeps or camels or horses. Experiences range from simple to swanky and luxurious to homey and family-style to ruggedly spartan. 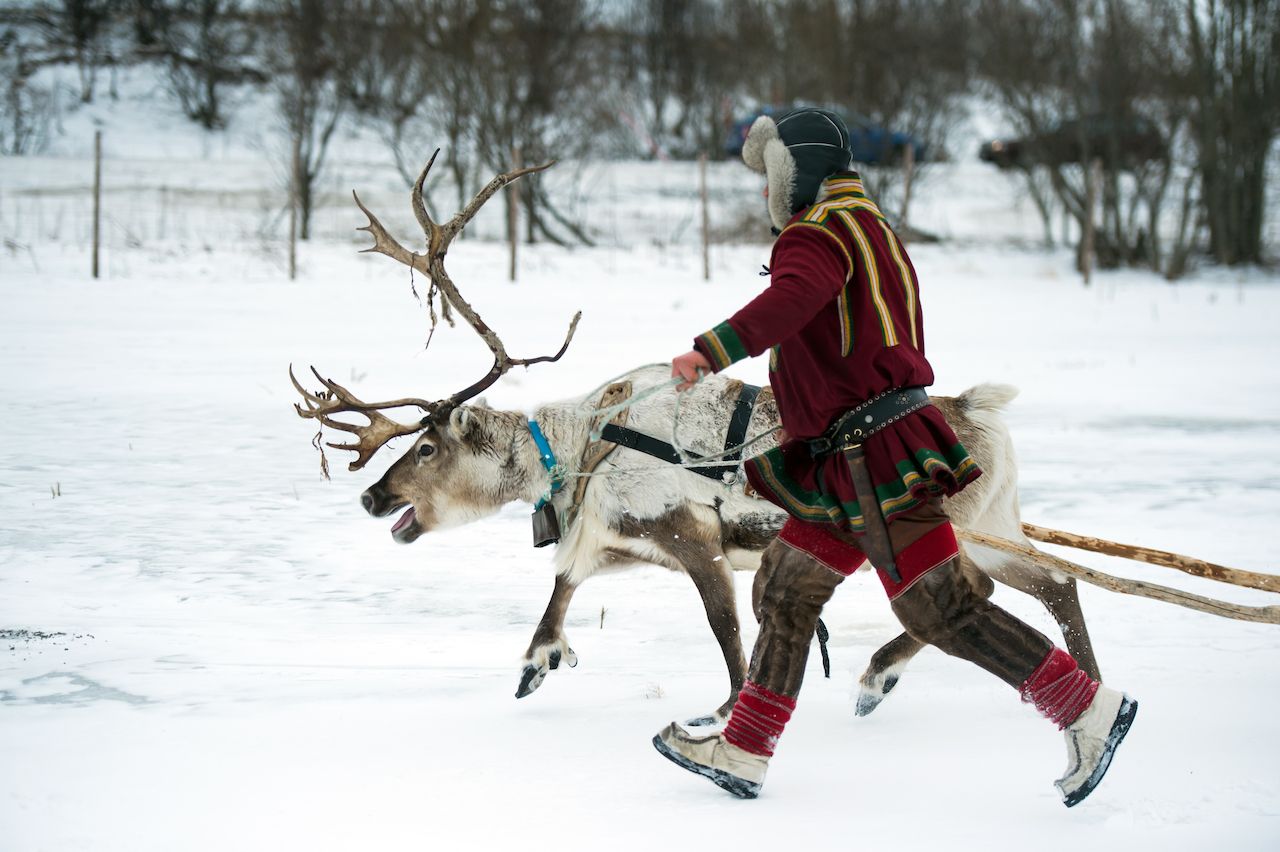 There are up to 100,000 semi-nomadic Sámi people, mostly in Scandinavia and about 2,000 in Russia, unified linguistically but with some behavioral divisions. All have herded reindeer throughout Samiland for as long as history recounts, and the animals are core to their cultural identity. For the most part, the Sámi are doing okay in the region. Many laws are in place to protect their way of life though development is encroaching on the reindeer’s (and their humans’) migratory lands. At Sápmi Culture Park, near the town of Karasjok, Norway, you can experience firsthand the Sámi ways of dining fireside, dog sledding, singing joik (ancient traditional songs), and fall asleep in a tent-like lavvu — ideally under the northern lights. 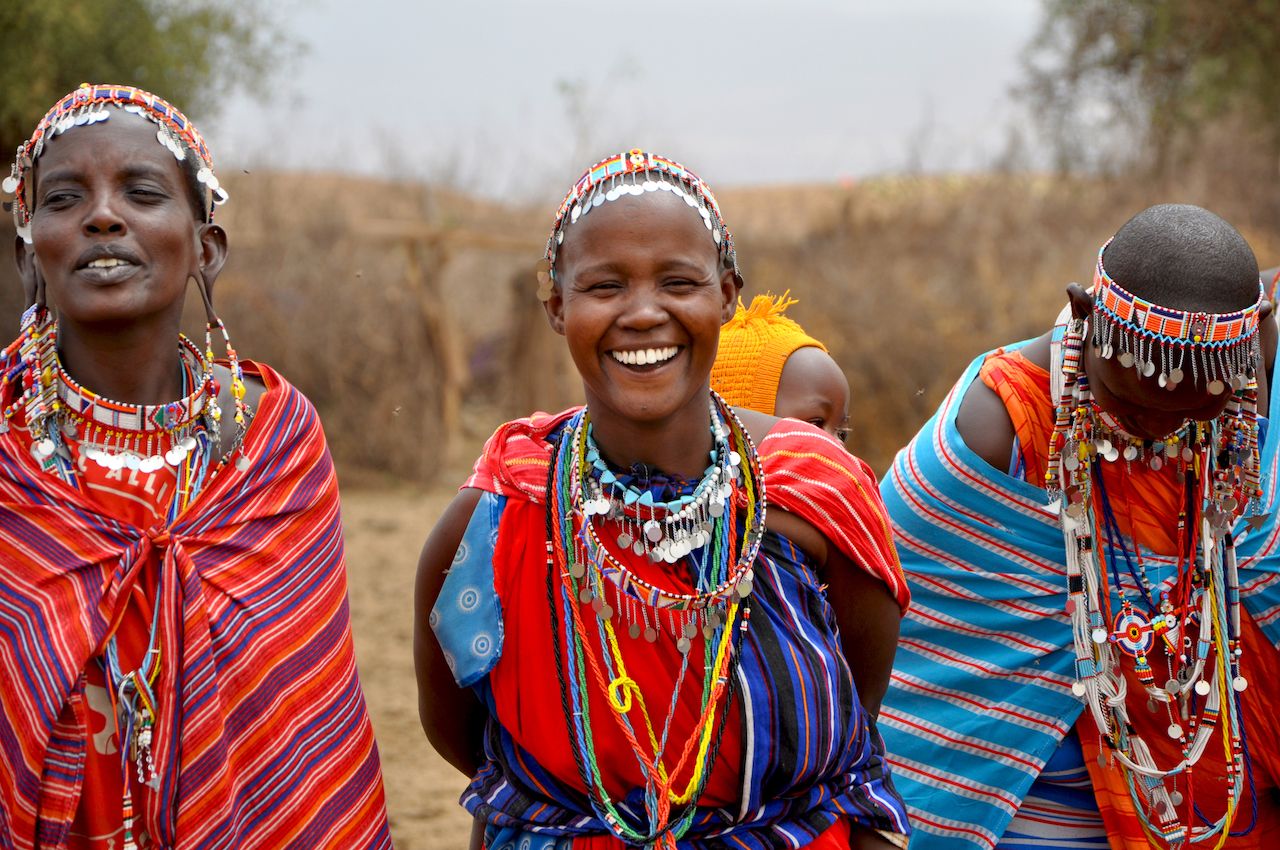 The 14 tribes comprising the pastoralist Maasai of Kenya and Tanzania raise livestock from the Rift Valley to the Serengeti. Or they did, until mining, big game hunting, and even foreign beer grain-growing corporations interrupted the culture’s nomadic way of life. Their lands are being squashed, and so is their heritage — and many Maasai have been forced to live outside their homeland and even pushed outside Africa. In fact, safari tourism is actually proving detrimental to the Maasai because prioritizing wildlife viewings can rob pastoralists of their necessary grazing land. Meanwhile, non-nomadic Maasai are often hired on as the safari guides, creating intra-cultural tensions. Yet many nomadic Maasai do fight hard to keep their old ways, safeguarding their culture, languages, and religious practices. 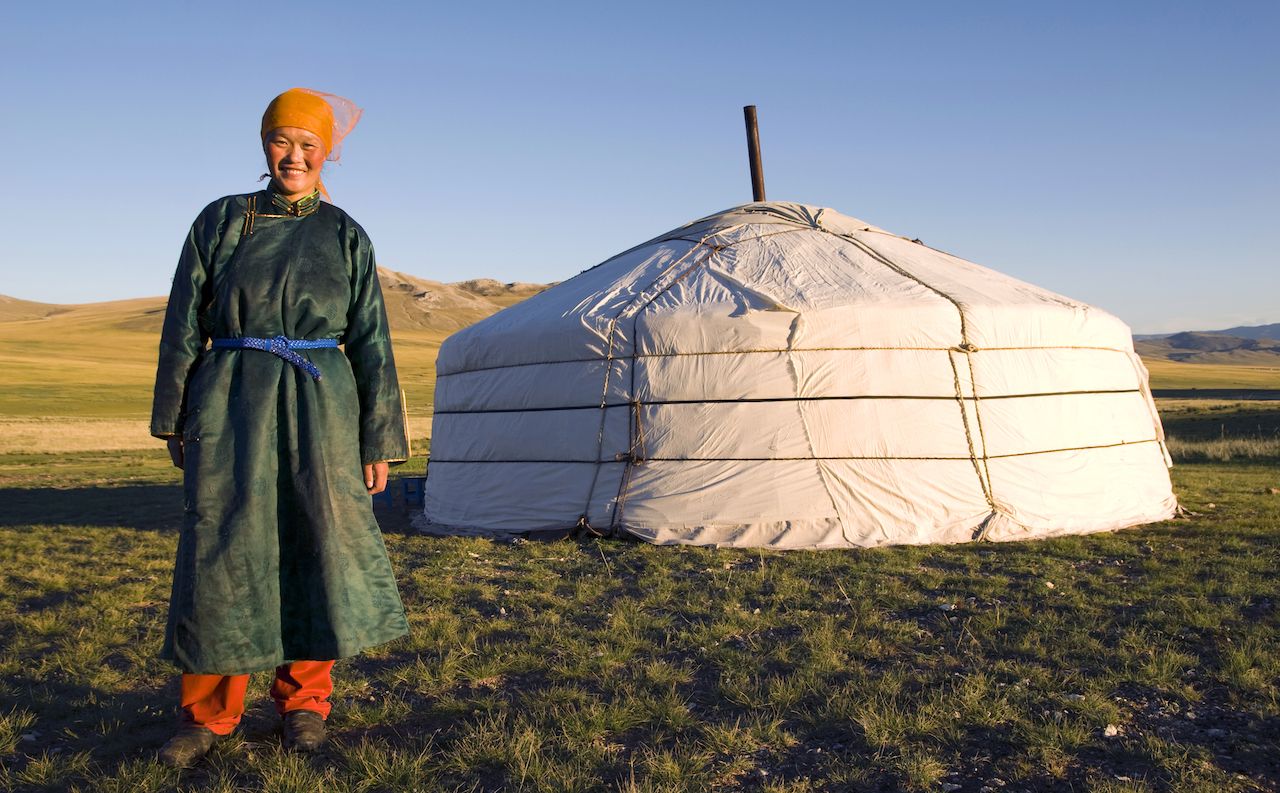 There are anywhere from three to six million Mongols living in China today, depending on who you ask. Most of them reside along the northern border with Russia and Mongolia in the Inner Mongolia Autonomous Region (IMAR). However, a significant population are still full-time nomadic pastoralists, herding sheep, yak, goats, horses, camels, and dogs, living in temporary structures we know as yurts.

Like their neighbors the Dukha people, the Tsaatan reindeer herders of icy Northern Mongolia’s subarctic Khövsgöl Aimag region are a tiny subgroup of about 40 families living in symbiosis with their animals, moving up to 10 times a year. These are highly threatened peoples. The arid grasslands on the IMAR hold rich natural resources, so many nomads have been forced into cities. Yet some Mongols are choosing — or rather re-choosing — to come back to the lifestyle atop motorbikes, mobile phones in hand, spotty cell signals be damned. They want to preserve their traditions and eschew the trappings of a forced “development” while the IMAR’s environment can still sustain them. Tourists can spend time with nomadic populations throughout Mongolia, participating in activities like archery and horsemanship and staying overnight in their homes. 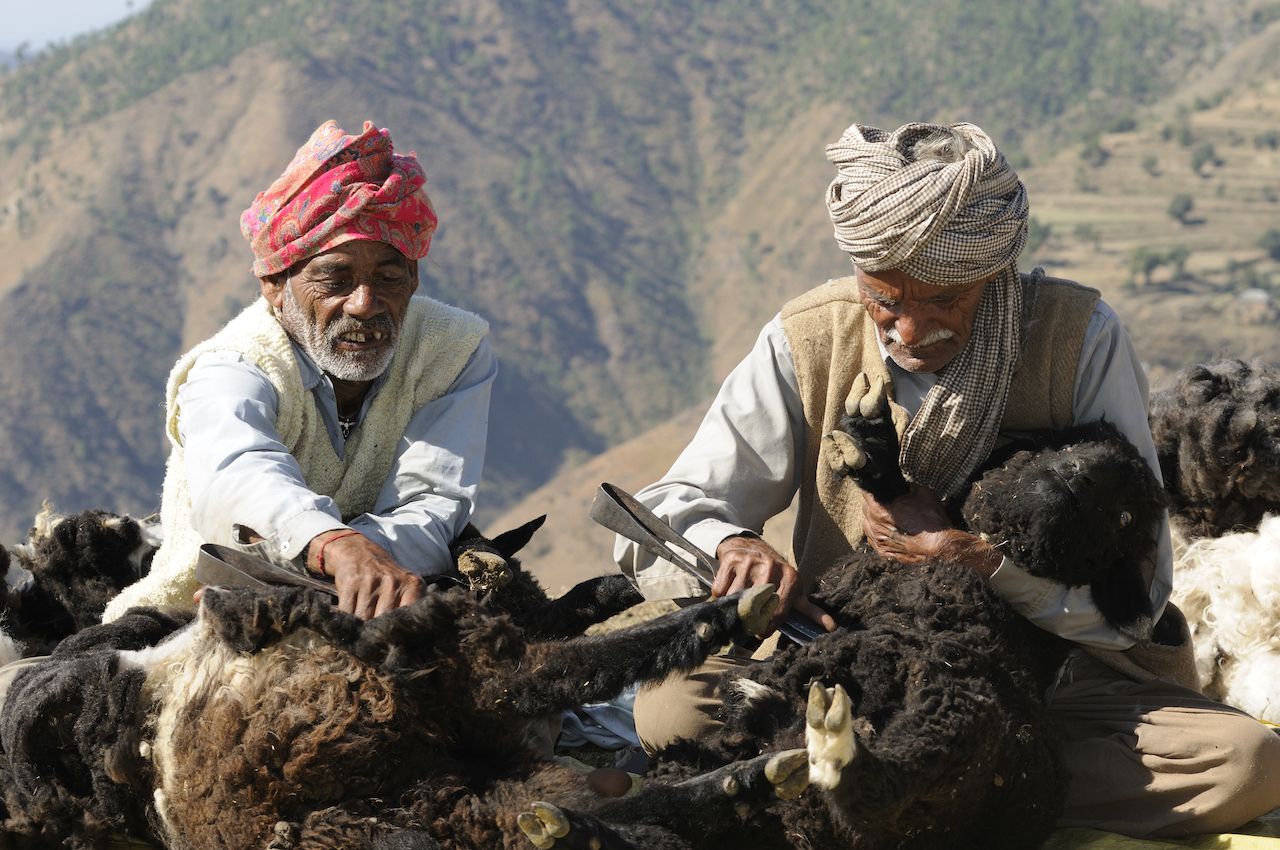 Seasonally migratory, during winter the Urdu-speaking, semi-nomadic Gaddi shepherds reside in villages throughout Himachal Pradesh, India. But in the summer, small groups trek throughout the region with their sheep, mules, and goats, seeking good grazing terrain throughout the high mountain passes. These Islamic shepherds’ territory is increasingly limited, and their future is threatened. They’re one of the country’s oldest semi-nomadic communities, having faced legal regulation of their lifestyle since the Indian Forest Act of 1865.

Many trekkers cross through the Gaddi people’s Himalayan territories, but tribal tourism is not a main source of sustainable income for this indigenous group. It could be, what with their stunning and highly portable crafts. Of all the contemporary nomads, the Gaddis’ attire and ornamentation are some of the most impressive. They hand weave their gorgeous colorful clothing from their animals’ wool. They wear pairs of silver bracelets. Married women bear gold pins and rings in their noses.

Often referred to with ethnic slurs such as “Pikey,” Pikers,” or “Tinkers,” Irish travelers are ostracized and scorned as criminals and worse. The extremely close-knit Irish traveling community is a diaspora of contemporary nomads living in parts of Europe and enclaves in the United States. They live in ever-moving caravans and have strict gender rules: Men travel and work with the animals, and women marry young and tend to domestic chores. They speak an unwritten language called Gammon or Shelta, a blend of Irish Gaelic, Hebrew, Greek, and English. Irish travelers represent a solid example of peripatetic nomads, who’ve maintained their migratory ways by making their home construction skills valuable to the societies that enveloped their ancestral homelands, rather than assimilating.

FestivalsThe Golden Eagle Festival Is One of the Top Experiences To Have in Mongolia
Tagged
Culture
What did you think of this story?
Meh
Good
Awesome