I’m a firm believer in the mantra that the best camera is the one you have with you. Especially when the camera that’s always easy to have with you has the power and speed of the GoPro HERO10 Black.

The latest GoPro released to the public on September 16. It’s a step up from previous versions in large part thanks to the new GP2 processor. You don’t have to enjoy nerding out on circuits to appreciate what it can do, though. The HERO10 improves on the already impressive video stabilization of past models and shoots 5.3K video at 60 frames per second (91 percent more resolution than 4K), shoots 4K video at 120 frames per second, and 2.7k video at 240 frames per second. It takes 23 megapixel photos, and you can pull up to 19.6 megapixel stills from videos.

In short, it’s more than the vast majority of people need, yet packaged and priced at a point that many light-packing travelers can afford and capitalize on. 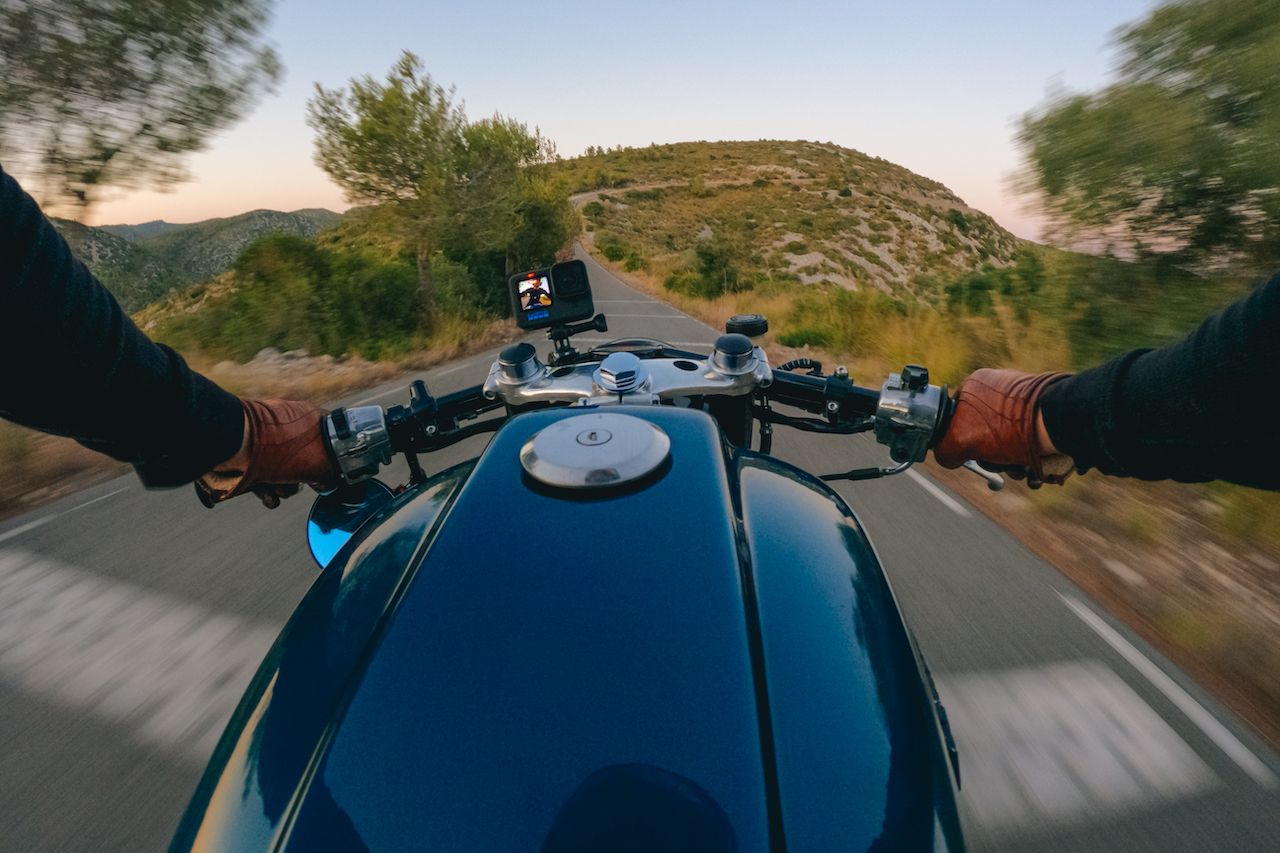 I got the chance to test out the HERO10 Black for a couple of weeks before the official launch. While I didn’t put it through anything close to a professional stress test, I did take it on a hike up to Blue Lake in Colorado (and took it into the frigid water), then 14,065 feet above sea level to the top of Bierstadt the following weekend, and finally on a full day of fly fishing on the Eagle River.

Anyone familiar with GoPro is well aware that portability has long been one of the biggest benefits of the brand. The same rings true with the HERO10. Sometimes I tossed it in my pocket, but more often than not it was in my hand so I could quickly capture something before the moment passed. On a call with CEO and founder Nicholas Woodman and VP of product Pablo Lema, the lens glass was described as “even more” scratch resistant. I don’t know the quantifiable number of “even more,” but the GoPro took its fair share of unflinching hits to boulders on quick climbing scrambles with ease, as well as an accidental tumble onto, and then under, some river rocks.

Another big upside about the lens for people who are prone to diving into water (purposefully or by accident): The HERO10’s ability to handle submersion. It’s waterproof up to 33 feet like the HERO9, but the improved protective lens cover is hydrophobic and water shedding. Sure enough, when I tested it the lens stayed streak and droplet free throughout shots in and out of water.

GoPro knows its consumer base well. In addition to making a stronger, better-in-the-water lens cover, the HERO10 Black has next-level video stabilization the company calls HyperSmooth 4.0 (as opposed to the HERO9’s HyperSmooth 3.0). The tech lives up to its name. Even video from a rough drive in the new Ford Bronco over rows of foot-deep potholes came out looking steady.

I only ran into one issue throughout my brief test period. The same quick-start record that makes it so easy to go from a powered-off GoPro to filming in seconds also made it easy to start when I wasn’t paying attention.

Zipped up in the pocket of my waders, the GoPro must have bumped against something else in the pocket and started filming on its own twice. It ran for more than 11 minutes both times. My first indication of that happening was how hot the GoPro got (which I remedied by dipping it into the cold river water for a bit), and the second indication was how much the battery drained.

This didn’t prove to be a huge issue, as the battery life leftover was more than sufficient for the type of quick shooting I planned on doing throughout the rest of the day. In an email, the company noted that it designed the HERO10 Black for the type of videos most often shot on a GoPro: 75 percent of GoPro videos are less than 1 minute 10 seconds, and 50 percent are less than 25 seconds. 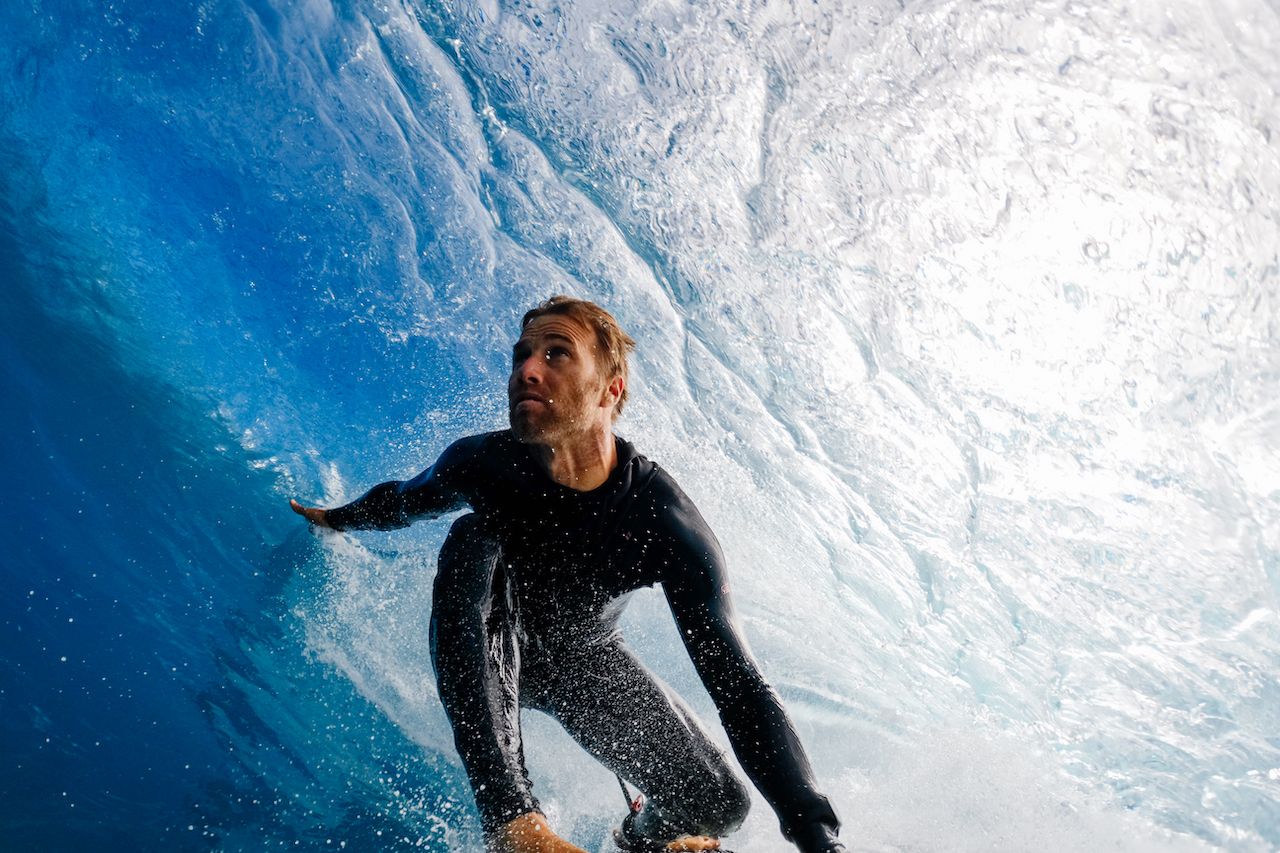 There’s a lot going on with the new GoPro. But perhaps one of the most pleasurable parts about the experience is how intuitive the design is. It’s easy to navigate the back touchscreen even if you’ve never used previous models. The auto settings are super forgiving if you don’t want to fumble around with specifics, though it doesn’t take long to navigate the various features or create your own custom presets and shortcuts.

The same can be said for fast uploads and edits on GoPro’s Quik app that make it easy to post without delay.

Your videos and pictures automatically upload to the cloud while the GoPro is charging (and with all that high-resolution video, the cloud storage is unlimited at full resolution with a GoPro subscription). The HERO10 Black can also wirelessly transfer to the Quik app 30 perfect faster that the previous model (and if you wire up it’s 50 percent faster than those quick wireless uploads).

Download speeds and the hassle of shifting through a bunch of content is often what keeps me from making casual videos outside of a work setting. It’s too much of a time commitment when I’m just looking to put up a quick video. With the HERO10 Black, I was able to make the transfer, do a light edit with the Quik app’s premium editing tools, and share the videos all in the span of a short car ride.

Putting together longer videos is just as easy. I cut, sped up and slowed down, and adjusted the light and color from my phone for the above 2:23 video. Just like with the GoPro itself, there’s plenty of space for customizing, but the automatic settings make life easy when you’re just looking for something simple.

With all the power and speed the GoPro HERO10 Black has to offer, the old travel mantra of using the camera you have with you doesn’t need to mean your phone or a beat up point and shoot. In this case, the easiest camera to always have with you is also likely the only one you can (literally) throw in your bag and take almost anywhere.

Travel5 Mistakes You’re Making in Your Travel Photos (and What To Do Instead)
Tagged
Technology + Gear
What did you think of this story?
Meh
Good
Awesome