The allure of finding something you won’t back home — whether it’s a place, food, or experience — is one of the biggest draws of travel. And as the world of craft spirits, beers, and wine has exploded over the past decade, finding a drink with a sense of place has become as much a part of a trip as a signature hike or delicious meal. Hotels understand this, and many have started producing their own beverages that are as distinct as the restaurants and décor.

From tropical beers in the Caribbean to gin off the coast of Cape Cod, here’s a dozen hotels making alcohol you won’t find anywhere else.

You may be a little confused when you belly up to the El Salon bar at Miami Beach’s Esme hotel. Instead of the usual collection of spirits you know and love, you’ll instead see a collection of El Salon-labeled bottles of uniform shape and size. That’s because El Salon blends all its own spirits, from vodka to Scotch to gin. You’ll find three varieties of each – Traditional, Versatile, and Extraordinary – with tasting notes to guide you along the way. You can also take a spirit blending class from head bartender Dave Simmons, who’ll explain how you, too, can have your own private label bar at home. 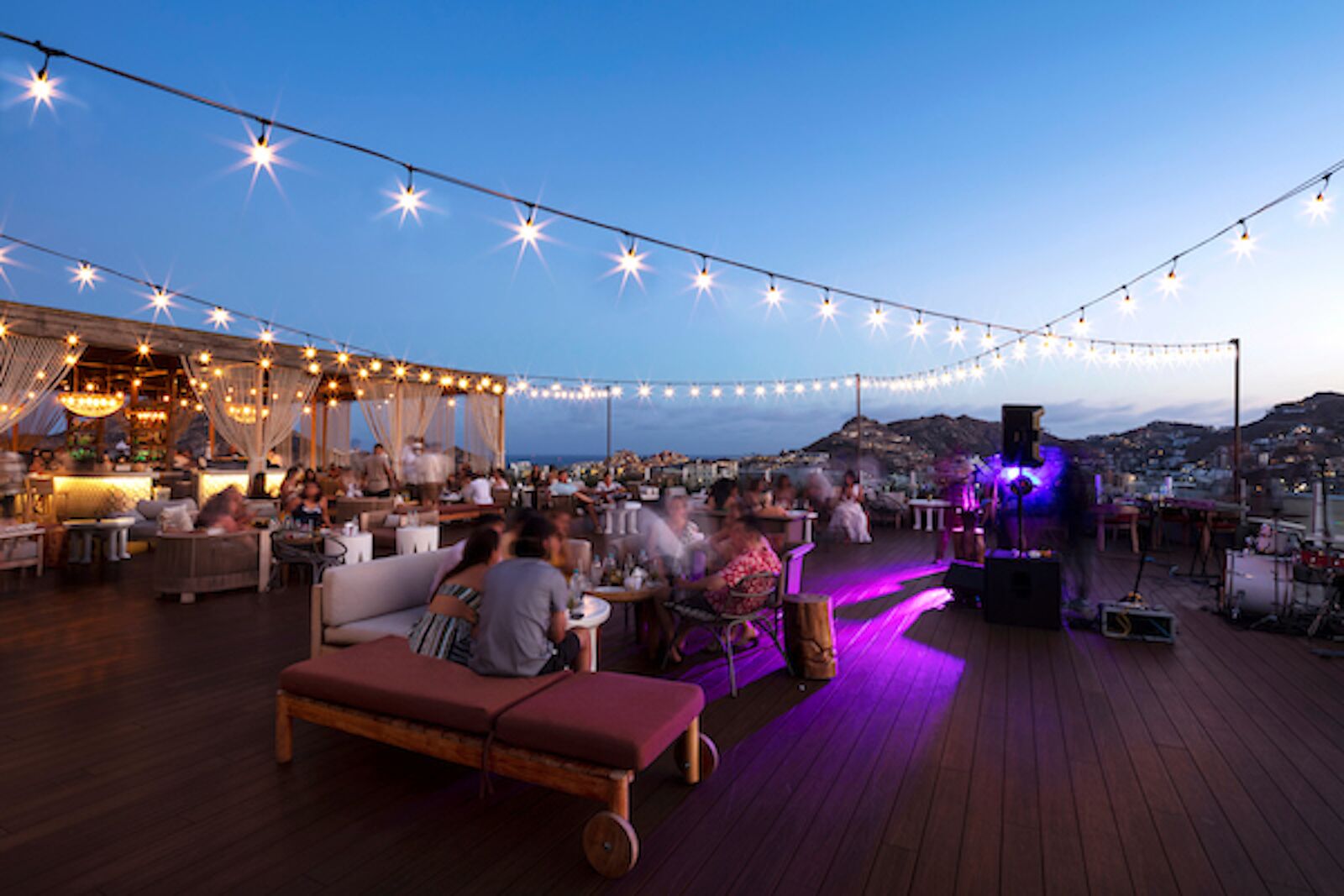 Los Cabos has a growing food and drink scene. The region might not have many micro breweries, but the one it does have has one of the most stunning views (and delicious beers) in the world. Baja Brewing, set atop the Corazon Cabo Resort and Spa, has a panoramic view over the iconic coast of Cabo and serves up a collection of beers like the Cabotella blonde ale and Peyote IPA. The pizza pairing is superb as well, as Baja Brewing’s pizza crusts are made with spent barley, yeast, and beer.

There’s nothing quite like stepping off a long day on the slopes and relaxing with a flight of made-on-site wines. You might expect this kind of experience in places like Lake Tahoe or the Chilean Andes, but it’s actually in New Hampshire at the base of Loon Mountain at the RiverWalk Resort. Seven Birches Winery makes all its wine just off the main lobby, where guests can stop in for an apres ski wine tasting or try their hand at making wine themselves with private tours and classes with the winemaker. 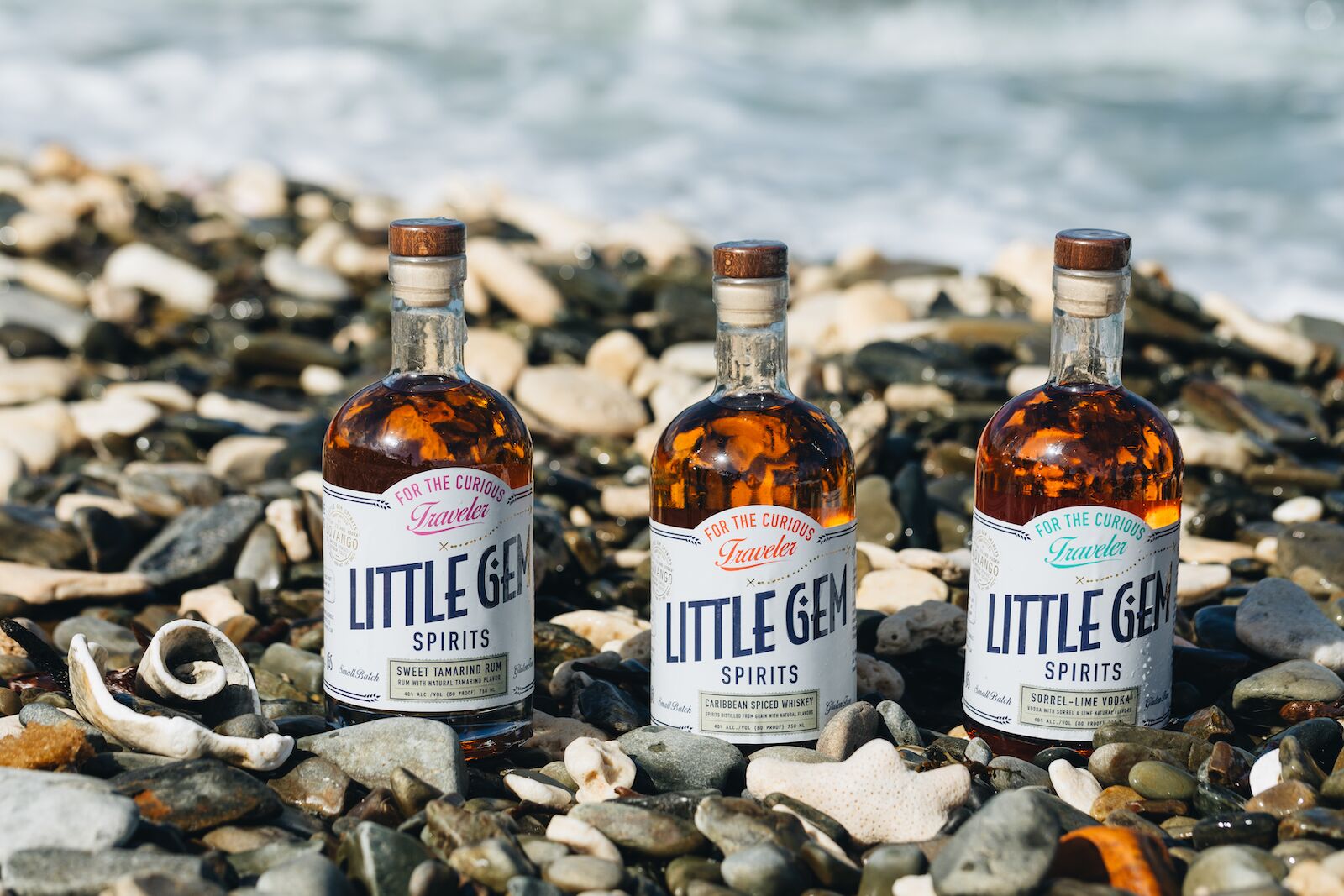 While building the Lovango Resort, the hotel’s owners crossed paths with Mutiny Island Vodka founder Todd Manely, who showed them how to make spirits from the breadfruit tree. They became enamored with the concept, and the result is the USVI’s only resort-specific liquors from Lovango’s Little Gems Spirits. The distillery goes beyond simply making vodka from the breadfruit tree, though, and visitors can enjoy its exclusive Caribbean Spice Whiskey and Sweet Tamarind Rum alongside the flagship Sorrel Lime Vodka.

The town of Funner, California, lives up to its name at the Harrah’s resort. In addition to a 400-foot lazy river, the property has SoCal’s only tribal-owned craft brewery, Rincon Reservation Road. The Rincon tribe’s beer maker offers seven different creations, including the Pikwla ‘Berry’ raspberry saison, and the Tropical Oasis — a 4.2 percent blonde ale packed with peach, passionfruit, strawberry, and orange that’s especially refreshing after a couple hours on the lazy river. 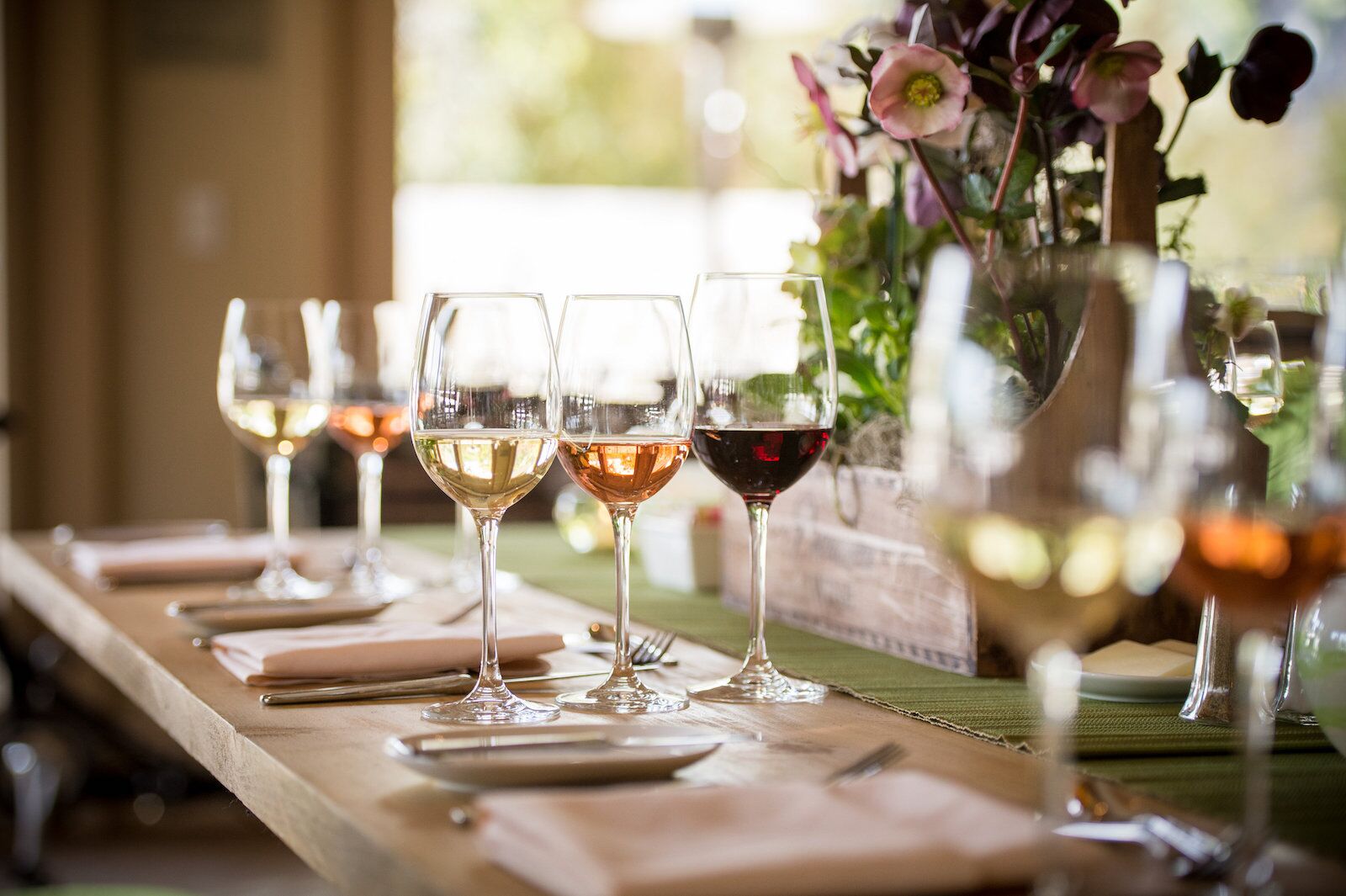 The dry, warm microclimate of the Carmel Valley makes it one of the best grape growing regions in California. The Carmel Valley Ranch takes full advantage of its fortunate location with a 3.5-acre vineyard onsite that feeds the hotel’s Swing Wine brand. The hotel teamed with San Francisco Chronicle 2018 Winemaker of the Year Ian Brand to create a special line of wines available only on property, with options ranging from pinot noir to sauvignon blanc to rosé.

Everyone loves a good restored steam plant brought back to life as a full service craft brewery. Even better when it’s attached to a grand golf resort in the hills of North Carolina. That’s the scene at Pinehurst, where the 1895 steam plant that once powered the village was transformed into Pinehurst Brewing. The old boiler room’s charred brick walls remain standing and old valves now serve as table legs, where you can relax with a signature 1895 lager or Hop Cluster Hazy IPA after a long day on the links. 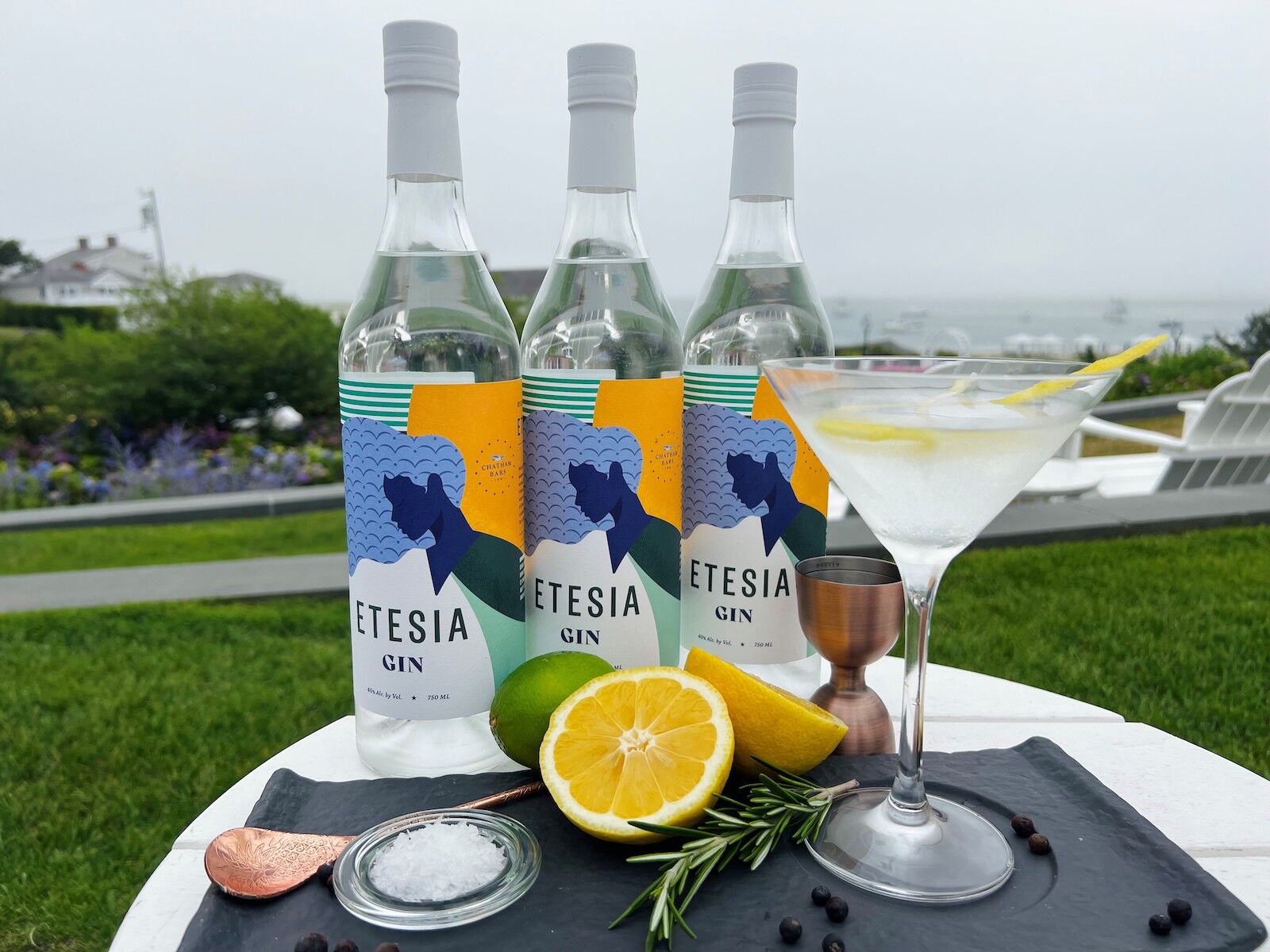 Typically, one wouldn’t think the salty water off Cape Cod would make for an appetizing alcohol ingredient. But the Chatham Bars Inn teamed up with Etesia Gin to scour the beaches near the hotel for fresh sea salt, then use it to dilute the gin off the still. Combined with local botanicals, juniper, and Italian citrus, the gin has a slight salinity to it that lends itself well to a dirty martini. The Inn Gin also pairs well with Chatham oysters, giving the spirit a unique sense of place. 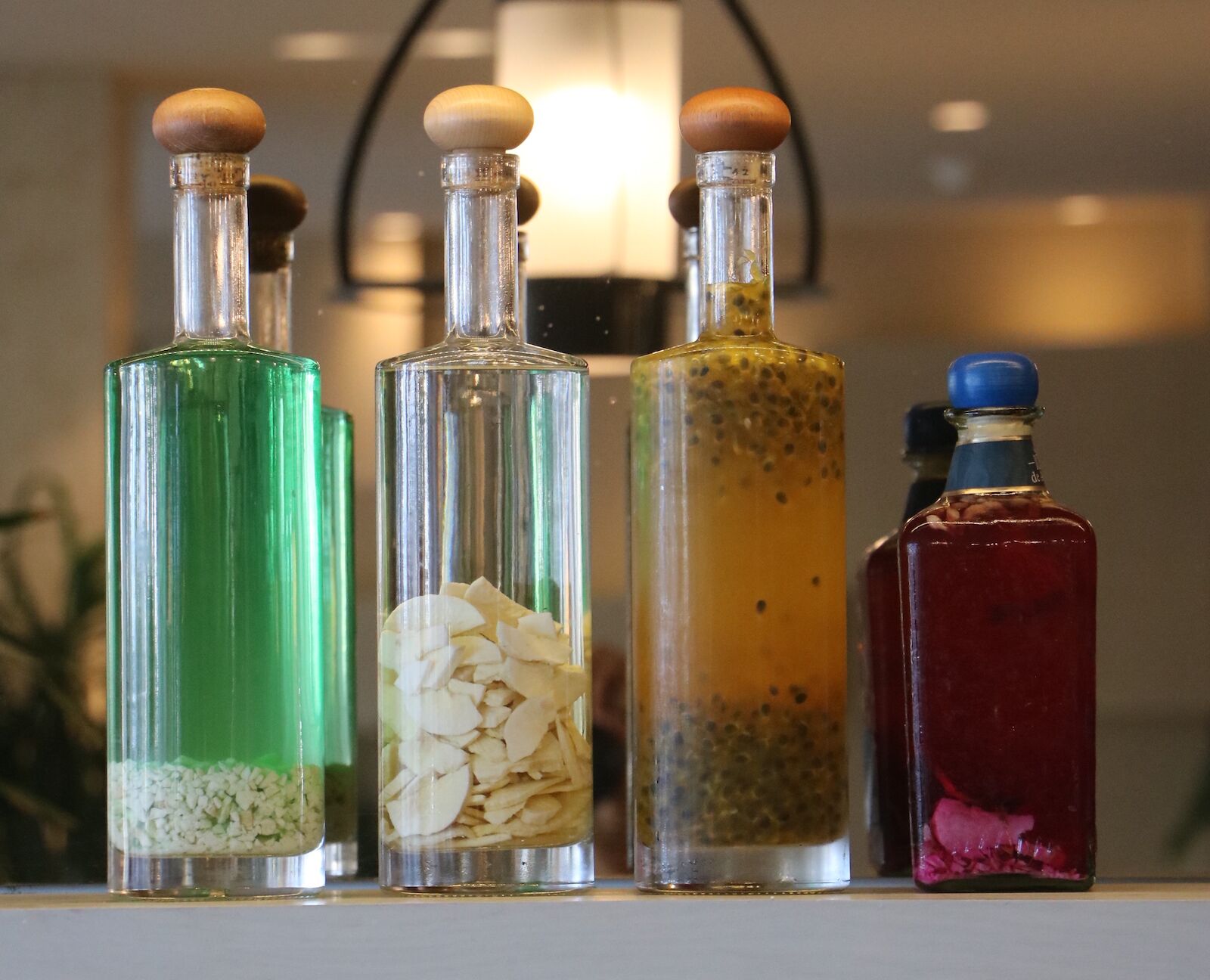 The first Marriott in Belize is not a simple spot for an airport stopover. This Autograph Collection property also houses the coolest hotel bar in the country, where head bartender Subhash Sankar puts on a full mixology show filled with glass towers, liquid nitrogen, and drinks that change color. A big part of the draw is also the collections of spirits he makes himself, taking ingredients from Alaia’s onsite greenhouse and distilling bitters, syrups, and liqueurs that replace the traditional Amaretto and Bailey’s.

In addition to the jaw-dropping views of the Pitons from its three-walled rooms, Jade Mountain also offers beer made with volcanic spring water. The hotel, along with its sister property Anse Chastanet, partnered with the Antillia Brewing Company to install onsite brewing equipment. The result is Emerald Estate brewers, which makes beers using ingredients native to St. Lucia. Ultimately, the brewers are trying to replace European-sourced malts with tropical fruits to create a beer made with all-Caribbean ingredients. But for now the first offerings are the Soursop Ale made with fruit from the island, and the Bois Bande Stout brewed with the bark of a local tree rumored to be an aphrodisiac.

Not to besmirch the whiskey-making prowess of the great state of Michigan, but when the JW Marriott’s Women and Whiskey program decided to make its own blend for the hotel, they knew it had to come from Kentucky. So they traveled to the Maker’s Mark distillery to make a complex proprietary blend, then aged it in a special barrel onsite. The result is a whiskey with notes of black cherry cola that you can find in cocktails at the hotel’s restaurant Margaux. The barrel itself is also part of the hotel’s décor, proudly on display for your selfie-taking enjoyment.