Whether you’ve been naughty or nice, you know that the worst thing rosy-cheeked St. Nick may subject you to is a lump of coal instead of shiny presents. Granted it’s a disappointing sight on Christmas morning, but it’s still better than what impish Icelandic kids have to reckon with, namely rotten potatoes delivered by 13 wicked santas, the possibility to be eaten by a giant bloodthirsty cat, or even be slowly cooked in the cauldron of a cave-dwelling ogress. From creepy tales full of terrifying characters based in pagan folklore to merry and wholesome traditions, here is what makes Christmas in Iceland undoubtedly unique.

The scariest Christmas family in the world

The main characters that make up Iceland’s Christmas story are all part of the same unusual household: Grýla the matriarch; her cat Jólakötturinn; and the Yule Lads, her 13 children. 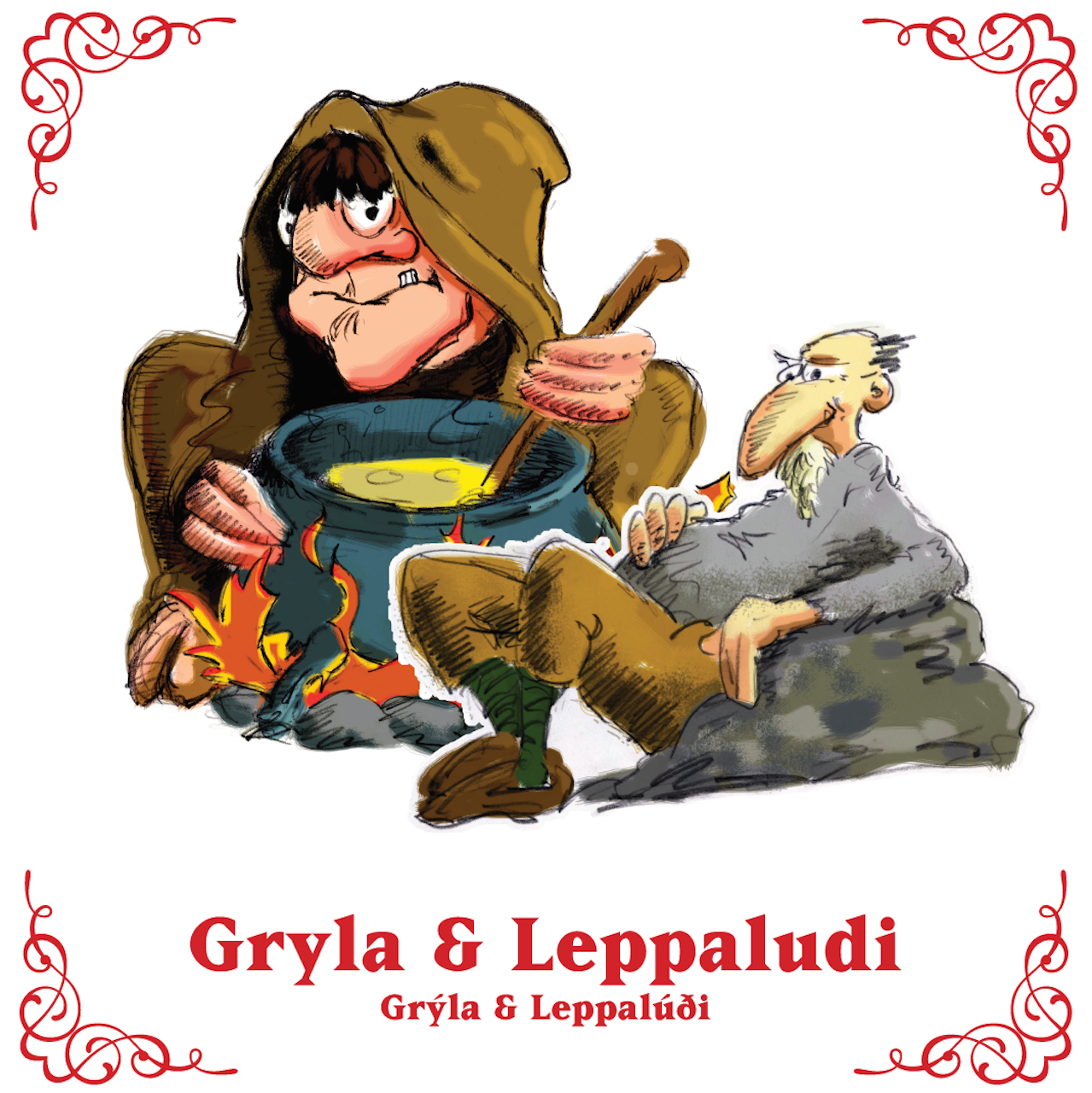 Grýla is the Christmas ogress that would make any children keep on the straight and narrow. The legend goes that every year at Christmas time, she comes down from the mountain cave that she inhabits with Leppalúði, her lazy second husband (she supposedly ate the first one), and her 13 devilish boys to kidnap naughty children. Note that she’s not all that bad — children who apologize for being disobedient are said to be spared from being cooked in her cauldron and eaten. For her exterior to match her nasty personality, Grýla is usually represented with ugly physical features and shabby, ragged clothes.

Grýla is not a newbie on the Yule scene. She’s mentioned in texts dating as far back as the 13th century. Although back then, she was not directly associated with Christmas but with a mid-winter celebration during which families gathered to feast.

While Grýla has a fierce reputation and undoubtedly scares children, sculptures of the evil matriarch can be found in public places such as malls or even the Keflavik International Airport, and children don’t hesitate to hop into her cauldron for a funny holiday photo. 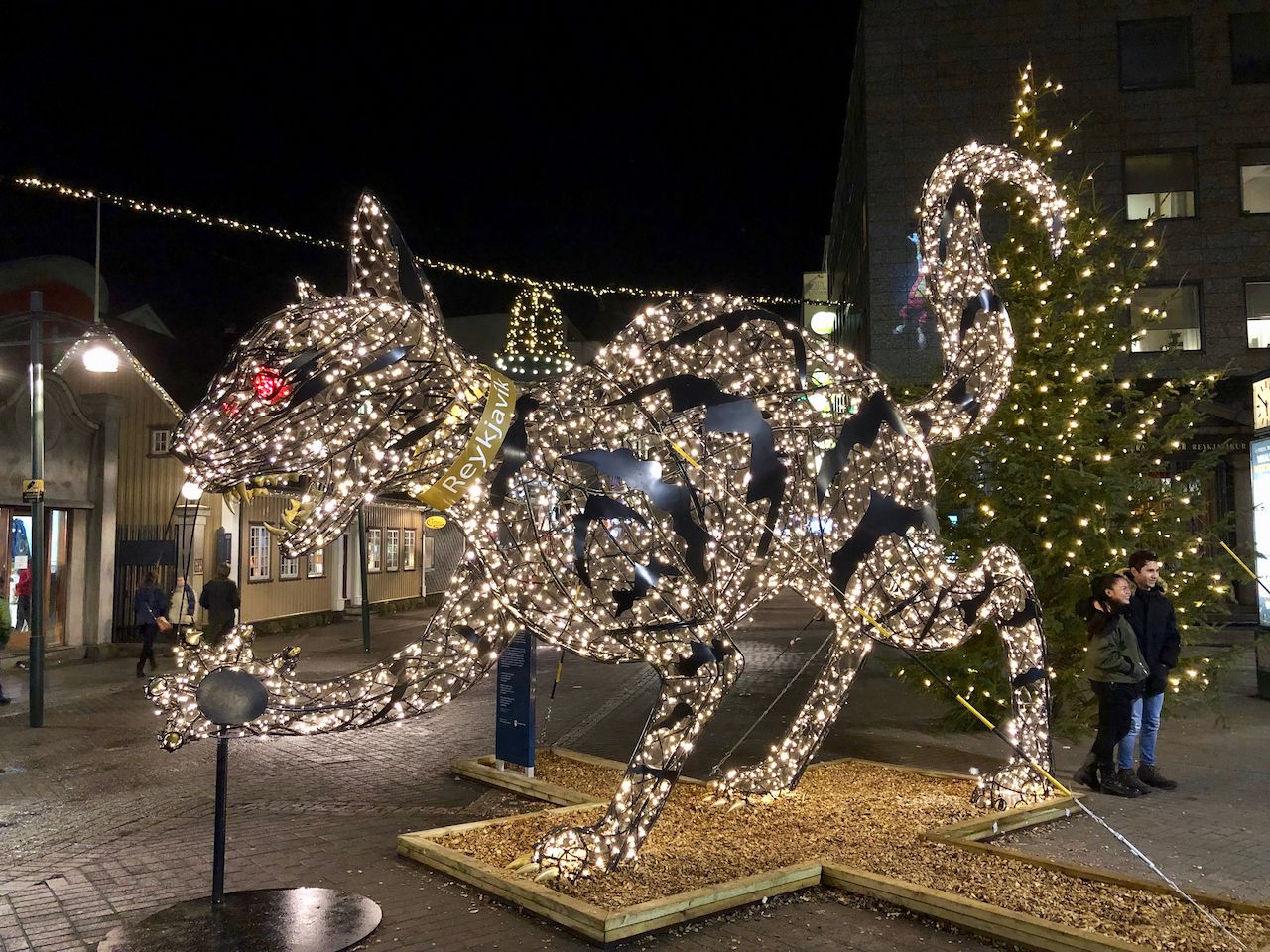 A black cat that looks more like a monster from Halloween than Christmas, Jólakötturinn is a clothing-obsessed giant Christmas kitty. Jólakötturinn is Grýla’s cat, and he too comes down from his hiding place at Christmas, but his focus is children who are not wearing new clothes. According to tradition, Icelandic children who would do their chores would get a new piece of clothing while those who were lazy didn’t. Jólakötturinn prowls around Iceland’s cities, towns, and villages and looks into peoples’ windows to find the children who don’t sport new clothes — and proceeds to eat them.

As with Grýla, although Jólakötturinn sounds like a terrifying creature, there is a giant lit-up sculpture of him in Reykjavik that children like to check out and take photos with. 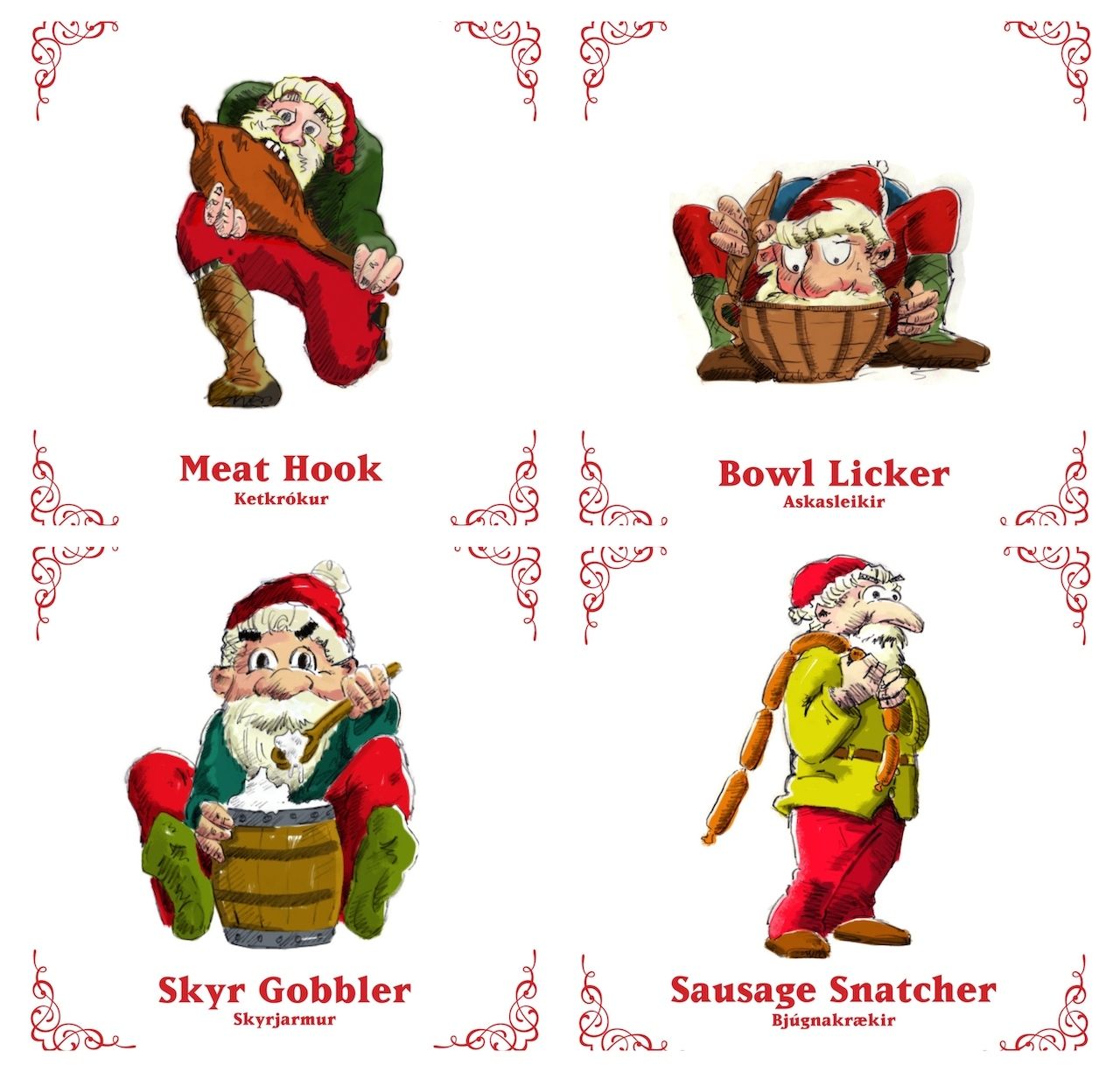 Grýla’s 13 mischievous boys are known as the Yule Lads. Although they are often referred to as “Icelandic Santas,” they are more troll-like than magical-old-man-like. They do tend to have a beard like Old Nick, but the resemblance stops there. They are often depicted wearing filthy clothes and looking dirty and wicked. They live in the mountains with their vicious mother and come down 13 days before Christmas to reward children who have been good and punish those who misbehaved. Every night during that time, children put a shoe on the window sill of their home for the Yule Lads to either stuff it with treats or rotten potatoes. Each Yule Lad has a distinct personality and a recurring naughty habit, as reflected in his name. Although they used to be much scarier, the Yule Lads’ stories have been softened over the years and they are now beloved by Icelandic children.

The 13 Yule Lads are named:

Christmas in Iceland is not all about scaring children 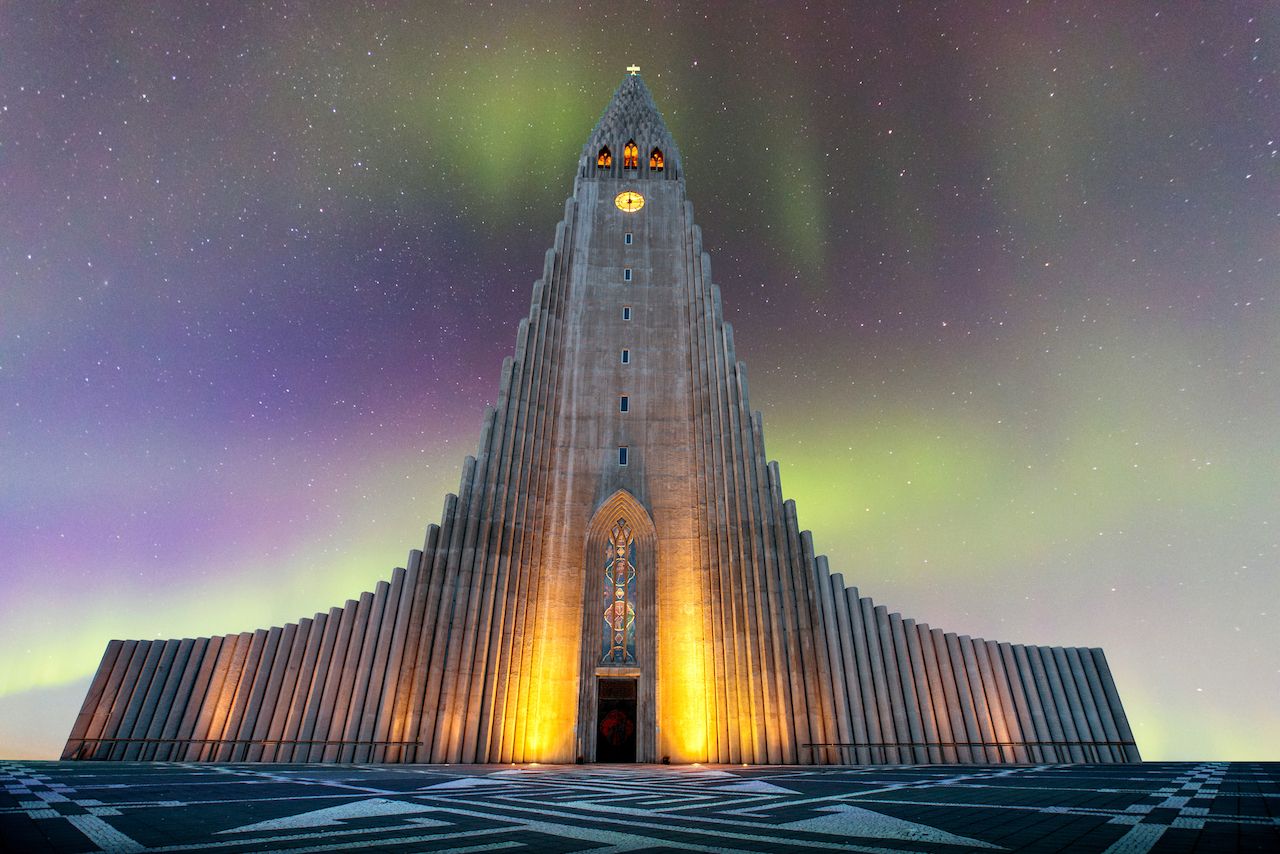 While the characters that make the Icelandic Christmas story are dark and frightening, the celebrations are joyful, cozy, and family-focused.

To get a firsthand report on what it’s really like to celebrate the holidays in Iceland, we talked to Michelle Spinei, an American who is married to an Icelander and who has been living in Reykjavik for four years. She has experienced Christmas in Reykjavik numerous times and explained to us what makes it so different from celebrating the holidays in the US.

Spinei explains that Christmas in Iceland starts on December 23, and the holiday season finishes on January 6, but the illuminations and decorations go up in November when there is very little daylight as a way to keep everyone’s spirits up.

According to Spienei, in Reykjavik on December 23 the shops stay open longer than usual to accommodate late shoppers, but the city center is also a meeting point for families. People stroll the capital’s streets and run into cousins, friends, etc. and enjoy a little social time outside their homes. On December 24 at 6 PM is when Christmas dinner officially kicks off. People around Iceland wait for the bells of the famous Hallgrimskirkja Church to mark the hour to sit down with their immediate family and get the feast started (the ringing of the bells is televised around the country).

The epiphany (or Þrettándinn in Icelandic) on January 6 is the last hurrah of the holidays in Iceland. It is celebrated with bonfires (lit by children with candles) around which Icelanders gather and sing traditional songs, as well as with fireworks.

While the Icelandic Christmas feast officially starts on December 24 at 6 PM and is celebrated with meat (often smoked lamb, smoked ham, or even ptarmigan) and traditional pickled red cabbage, a day before, on December 23, þorláksmessa is observed by eating fermented fish.

Þorláksmessa is the day when the patron saint of Iceland, Saint Thorlak, is honored with kæst skata, i.e. fermented skate. While we’re all very familiar with Iceland’s fermented shark, which these days has become a tourist must-try, fermented skate remains under the radar of most outsiders.

Spinei explains that while she has tried fermented shark in Iceland, fermented skate has a much stronger flavor and is a difficult dish to enjoy for a non-native. The fish bones are gelatinous, and the smell is reminiscent of what you’d find in a chlorinated pool, but for many Icelanders, fermented skate is a delicacy. Some enjoy kæst skata at home (although some apartment buildings ban their residents from cooking it because the smell is too disturbing), but many order it in restaurants on this very special occasion. 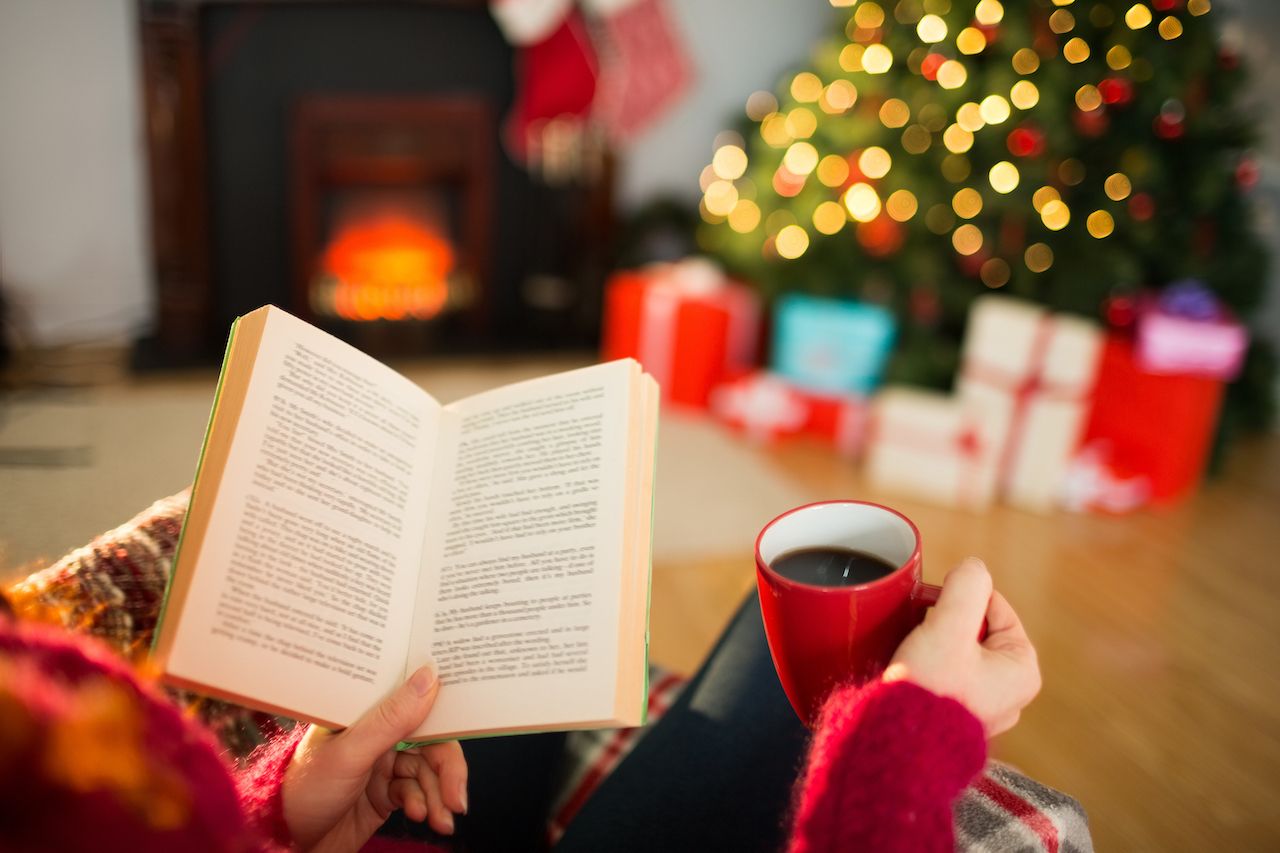 People also open their presents on December 24. After the 6 PM holiday feast, family members gather around the tree and check out their gifts, which are often books.

Spinei explains that books are extremely popular gifts in Iceland. The nation has a very rich, centuries-old literary tradition and even became a UNESCO City of Literature in August 2011. The literary scene is so strong that in 2012 NPR reported that “Iceland publishes more books per capita than any other country in the world, with five titles published for every 1,000 Icelanders,” and Icelanders buy and borrow books from the library in staggering numbers every year.

The majority of the books in Iceland are sold in the fall, on the run to Christmas in a phenomenon called Jólabókaflóð or the “Christmas Book Flood.” In early fall, each resident of Iceland gets the Okatidindi, a free catalog of newly published books, in their mailbox and starts planning their Christmas presents.

After discovering which literary gem they got, Icelanders spend the rest of December 24 reading and continue to do so on December 25 for a low-key and super cozy Christmas.

ReligionThe 7 Creepiest Christmas Characters From European Folklore
Tagged
Holidays Iceland
What did you think of this story?
Meh
Good
Awesome