If you’ve ever been to Iceland, you’ll know that what you don’t see in all those vibrant Instagram posts are the millions of tourists who visit the country every year. Take a drive around the infamous Golden Circle and you’ll find an anthill of visitors posing with cameras in front of every mountain, geyser, and miniature horse.

The recent tourism boom has left many wondering if the Land of Fire and Ice has become too popular a destination. A country once known for its remoteness, Iceland now receives an annual number of visitors of 2,224,600 (as of 2017), more than six times its population of 356,991 residents. However, with some careful planning, and a willingness to step outside the in-flight brochure itinerary, it’s still completely possible to experience Iceland in almost the same untouched glory that the Viking settlers did.

There are two main things to consider when planning for a tourist-free experience: location and time.

Location: Explore the Westfjords and the North. 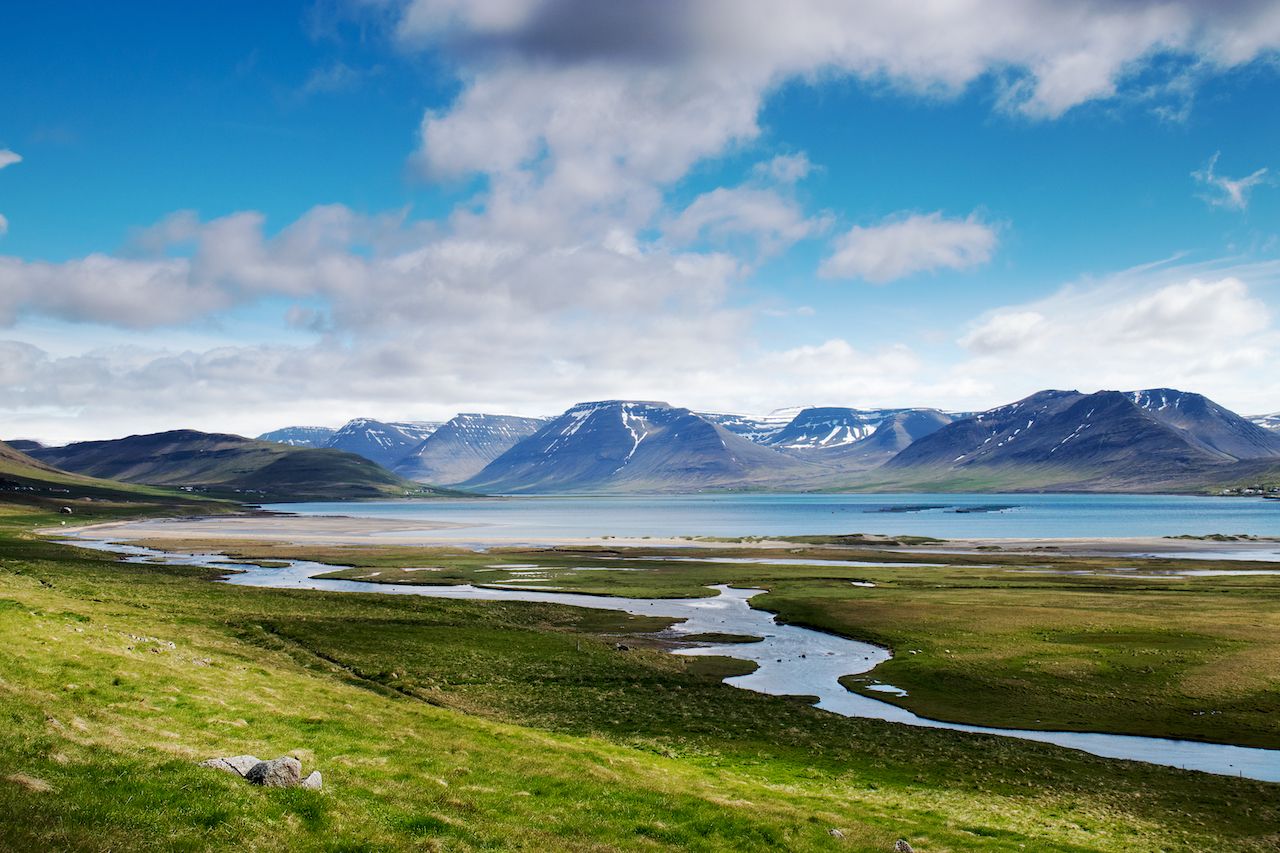 While the masses are busy flocking to the South Coast and the Golden Circle, escape to the lesser-trafficked regions of the country — namely the Westfjords and the North.

The majority of folks on a short visit to Iceland take one of two routes. Either they start in Reykjavík and travel along the South Coast, stopping in Vík or making it all the way to Höfn (just entering the eastern region) before turning back. Or they stay close to Reykjavík and sightsee around the Golden Circle — a relatively small loop near the capital with a high concentration of sights (Geysir, Gullfoss, and Þingvellir National Park).

Only a small portion of tourists travel the entire Ring Road, which circles the country, tracking, for the most part, near the coast. Because of this, the number of visitors found in the northern regions is dramatically lower than in the south or near the capital. For a peaceful experience, head north and visit Goðafoss, hike up the gigantic crater Hverfjall, or soak in the geothermal pools in Mývatn (the secret hidden twin of the Blue Lagoon — this spot is much less crowded by tourists and considerably less expensive). And don’t fret: You can still get your dose of shopping and culture in Akureyri, the “Capital of the North.” 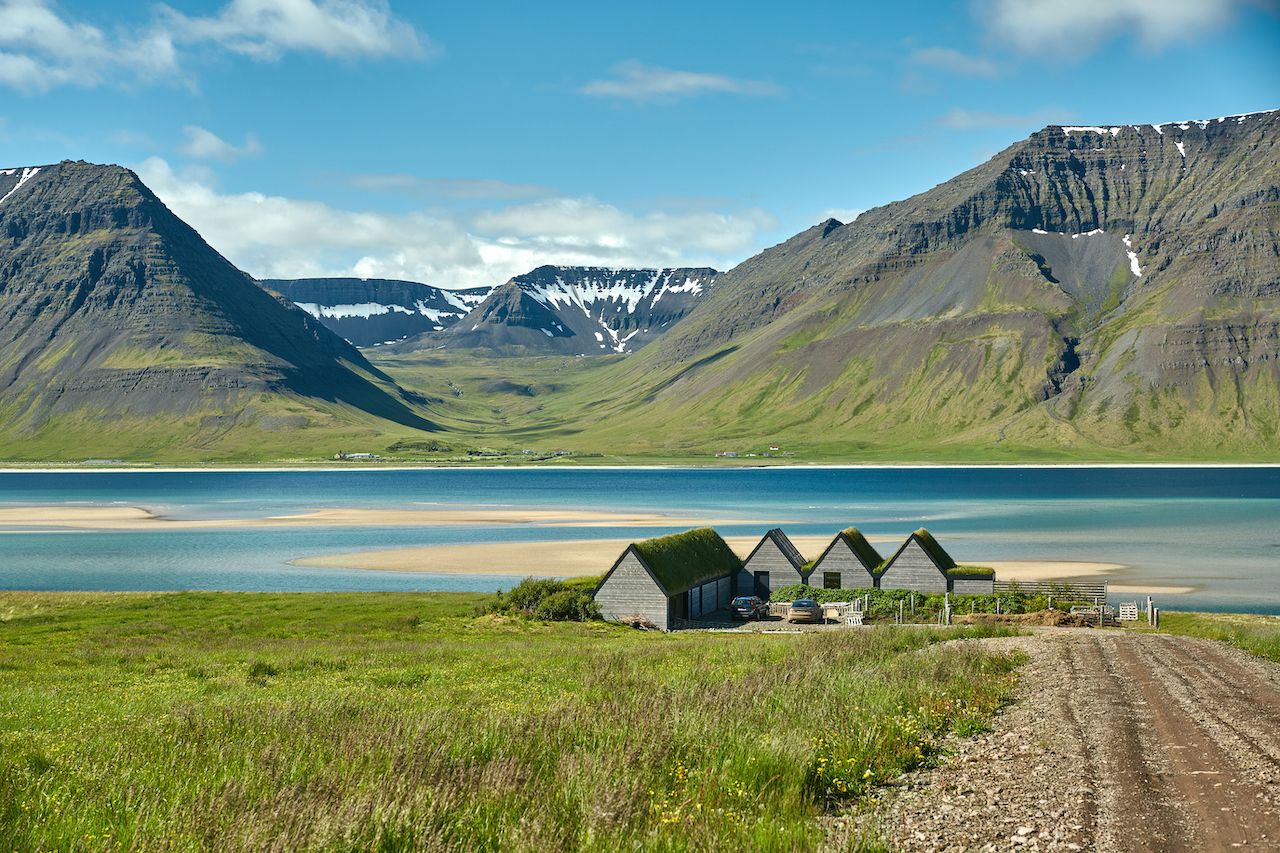 For an even more isolated experience, head all the way to the Westfjords, the most remote region of the country. This wild, mountainous land has, for the most part, been untouched by the growing tourism industry. A great percentage of the population is relatively traditional — with agricultural lifestyles rooted in well-preserved Nordic culture — and many don’t speak English.

Spend your time napping in moss patches, climbing local mountains, and catching glimpses of wildlife that only reveal themselves in quiet, sparsely populated places such as this. Hornstrandir Nature Reserve, the “Land of the Arctic Fox,” is unimaginably expansive, giving a new meaning to the concept of remoteness. Here, you can hike for days without crossing paths with a single other human. Aside from the Arctic foxes, Hornstrandir is a hub for Icelandic birds, including puffins.

For a truly solitary time, make sure to stop by the town of Þingeyri. This tiny town is as remote as remote gets — Þingeyri is surrounded by mountains, has just one road going through it, a handful of quiet residents, and a few scattered buildings, including a café called Simbahöllin that makes delicious waffles. Watch the milky white fog roll in and out of the fjord and take a walk along the rocky beach with no other humans in sight.

Towns like this are dotted all along the winding edge of the Westfjords. Those who say that Iceland is no longer wild and untouched haven’t been looking in the right places.

Time: Choosing the right time of year and day. 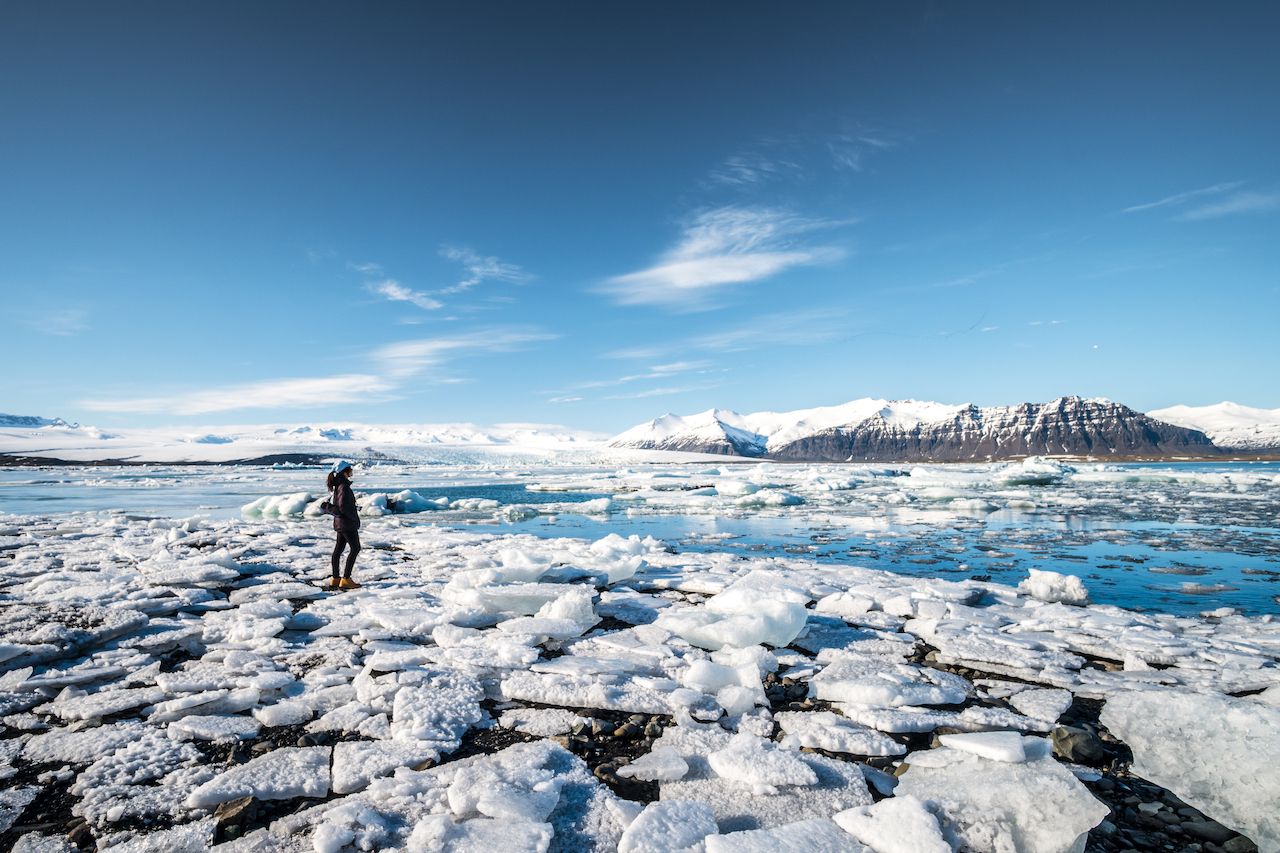 Blustering winter winds and frigid sub-Arctic temperatures may not sound entirely appealing; this is exactly why Iceland’s tourism season peaks from mid-June to August. However, trading needing an extra layer or two for having a markedly more peaceful vacation is a deal worth taking. If your dream is to explore Sönghellir Cave alone, or to see the Dyrhólaey rock arch deserted, just pack on some thick socks and thermals.

The weather during the spring and fall are not nearly as harsh as people assume. April temperatures hover around 45 degrees Fahrenheit, but the weather in Iceland is unpredictable any time of year, and some April days can reach nearly 75 degrees. October temperatures also tend to stay around 45 degrees but with a considerably smaller chance of a downpour. Winter in Iceland can be frigid, but you won’t need to go out and buy any fancy premium-grade expedition gear. Some long underwear, those ski pants in the back of your closet, and lots of warm layers will do the job just fine (and don’t forget the camera for northern lights hunting; the aurora borealis season peaks from September to March). 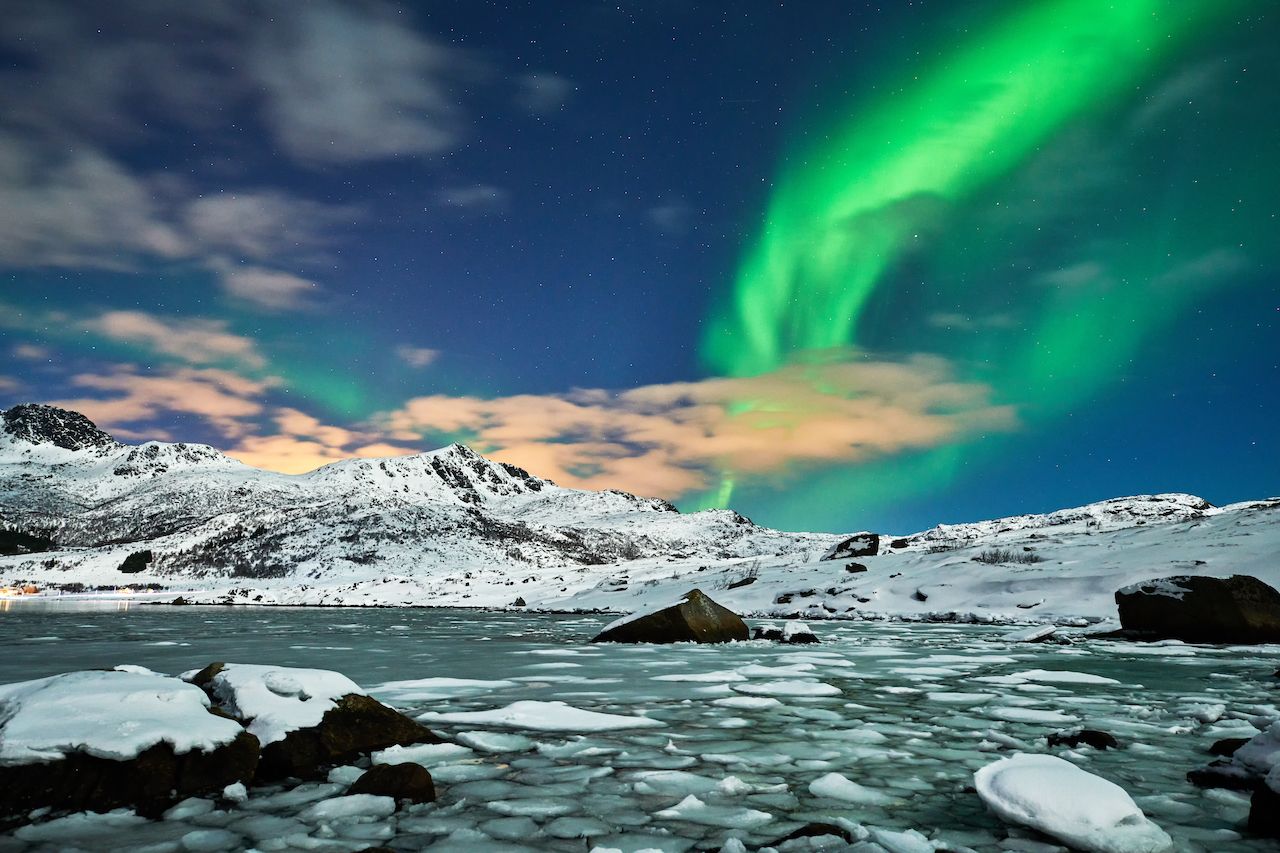 Visiting outside of the peak months also has the added benefit of dramatically more affordable airfare, accommodation, and car rental prices. In a country that’s relatively expensive, this is a huge bonus.

Even if you do end up choosing to brave the masses in the summer months, choosing the right time of day can help lessen the blow. Many locations, even the ones that every guidebook highlights, become pretty deserted once the sun sets. Fearing chilly temperatures and wanting to get back to their hotel beds, most tourists are long gone. Opt for a solitary nighttime stroll along Jökulsárlón Glacier Lagoon and get the tripod out for some long-exposure shots at Diamond Beach. Take advantage of the darkness; this is the perfect time to explore for those of you who want an otherworldly Icelandic experience and don’t mind putting on an extra layer.

NarrativeI Came To Iceland for the Solitude and All I Saw Were Tourists
Tagged
Travel Trip Planning Iceland
What did you think of this story?
Meh
Good
Awesome