Atlanta is a food city. Over the last decade, chefs have come to Atlanta to open innovative restaurants that blend local, regional, and international influences. There are extraordinary Atlanta barbecue restaurants, tasty lemon icebox pies, and dainty finger sandwiches at afternoon tea. There’s incredible coffee and even better cocktails. One thing is certain: It’s almost too easy to fill up in this city. While it’s difficult to narrow down, these are four of the most interesting dishes in Atlanta to eat right now.

Atlanta’s Hotel Clermont is definitely the coolest place to stay in the city, so it only makes sense that a restaurant as charming as Tiny Lou’s calls the historical hotel home. Here, plush velvet banquettes, brass accents, and warm, pinkish-hued lighting set the mood for a cozy but lively scene. The French-American food from executive chef Jeb Aldrich is a story in color and texture, and the plating is pretty without being fussy. While you should definitely sample the poached farm egg and Blue Ridge trout almondine, the move here is Tiny Lou’s roasted octopus niçoise. The perfectly-cooked tentacles are tender and lightly crisp, and they come accompanied by charred green beans, buttery mashed potatoes, crispy pork, white anchovies, and a quail egg. It’s a perfect mix of textures and flavors that brings you back in bite after bite. 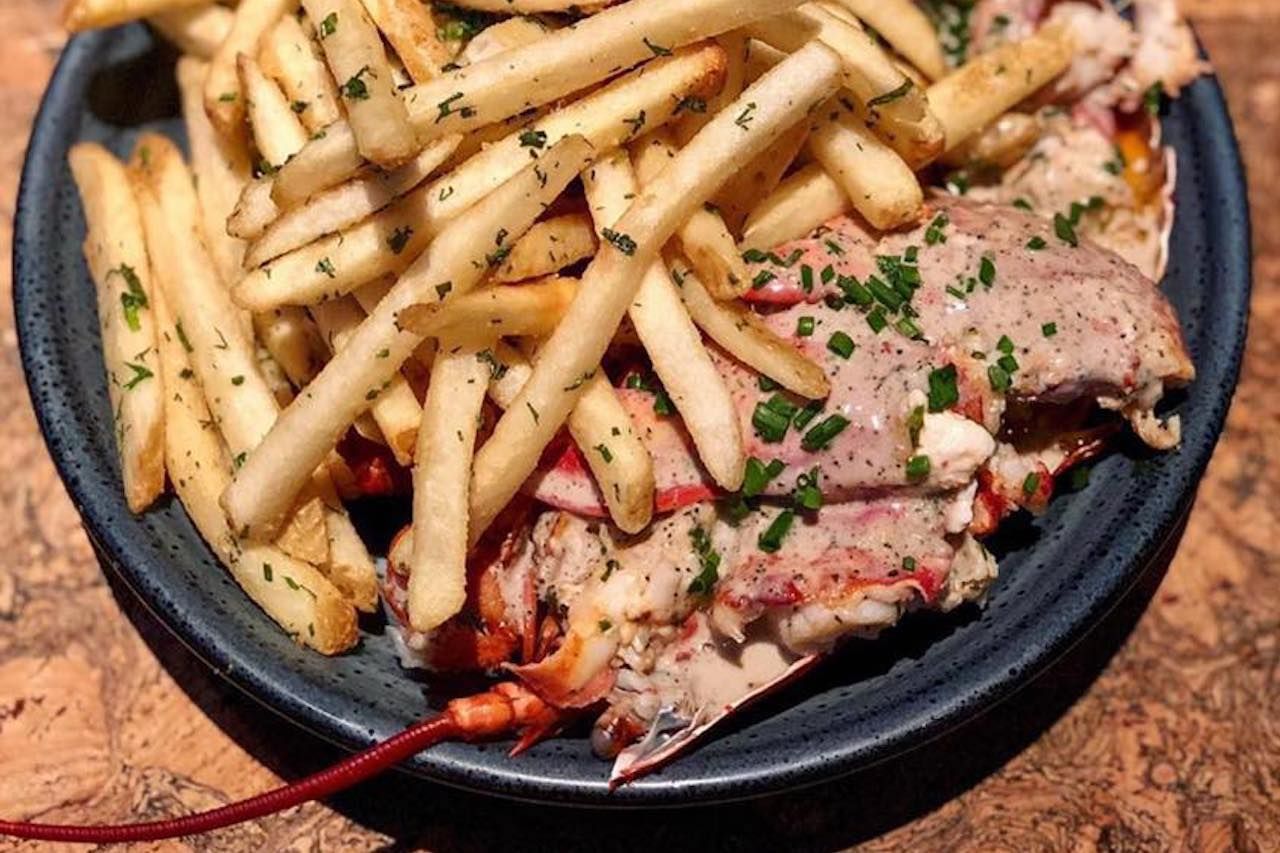 The Atlanta BeltLine is one of the coolest projects underway in the city right now. Still under construction, this former railway is being developed into a multi-use trail for walkers and bikers that will connect different neighborhoods. Restaurants and other businesses are beginning to pop up at different points along completed parts of the BeltLine, and one of them serves one of the top dishes in Atlanta. Bully Boy focuses on Eastern Seaboard fare with ingredients sourced from the region’s farms, rivers, and coastal waters. While there’s something for everyone on Bully Boy’s diverse menu, the Maine lobster frites is a decadent dish that can’t be missed. The meat from a 1.75 pound lobster is perfectly cooked, mixed with a rich truffle cream, and then placed back into the shell. The plate is piled high with crisp shoestring fries and topped with scallion greens.

Atlanta is chock-full of restaurants serving amazing Southern food, saucy barbecue, and plenty of international cuisine from the residents who call the city home. But it’s also a place where vegetarians can enjoy a great meal, and no place does it better than 8ARM. Helmed by chef Marciela Vega, 8ARM’s dishes are inspired by Vega’s Mexican background and the diverse roots of her team, which adds Polish, Bangladeshi, and Vietnamese influences to the menu. While there’s plenty for vegans and vegetarians to enjoy, carnivores won’t have trouble finding something they like (but will likely forget about the meat altogether). Stop in for brunch and order the huevos rancheros, which is one of the best iterations of the dish not just in Atlanta, but anywhere. Sunny-side up eggs are served alongside Sea Island red peas, salsa roja, poblanos, and beet ricotta that will give you the kick you need to start your day. 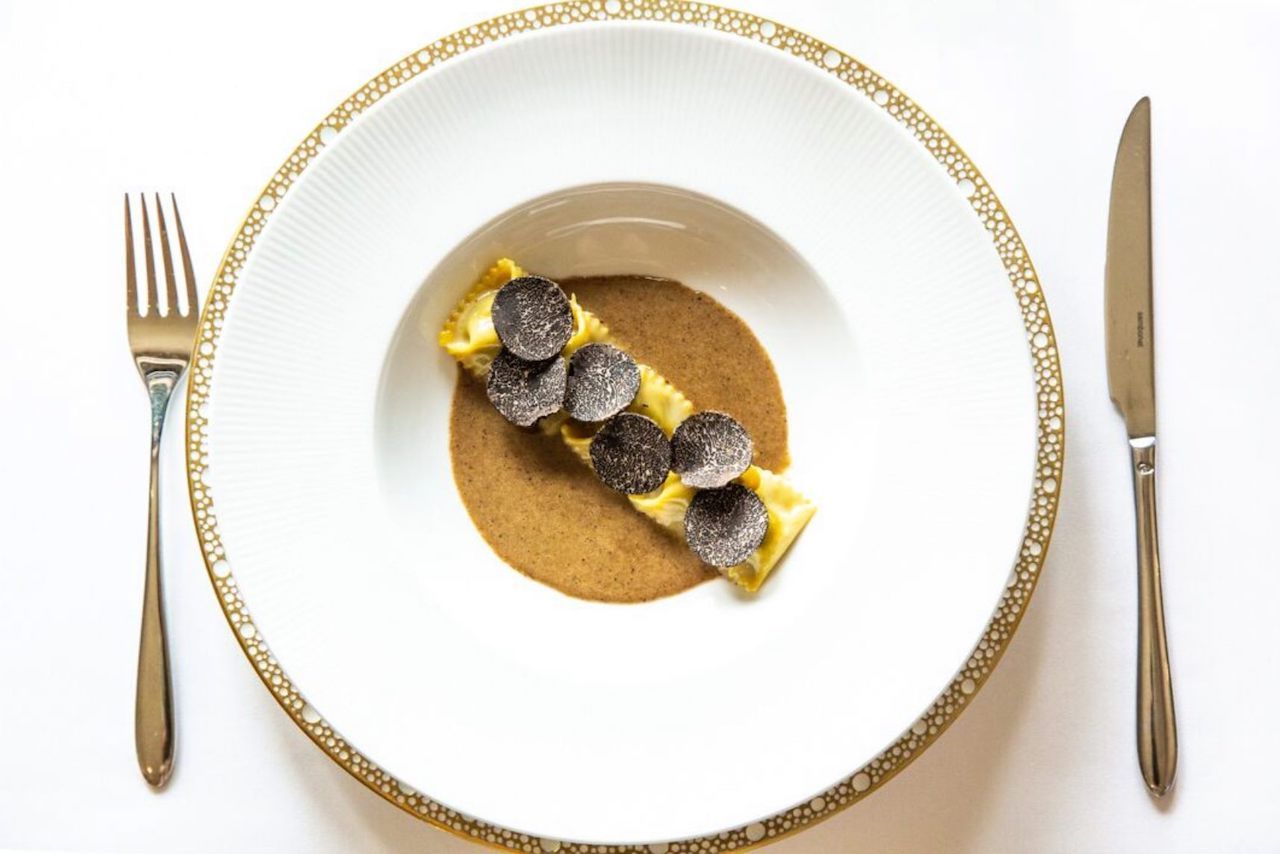 Atlas is one of the best restaurants in Atlanta. Period. Tucked inside the luxurious St. Regis, Atlas offers the type of service that’s typically reserved for three-Michelin-starred restaurants, except the delicious food will leave you full instead of emptying your wallet after a just few small dishes. While you really can’t go wrong with anything on the menu (and make sure to save room for the gorgeous desserts), the black truffle and mushroom agnolotti is nothing short of divine. Five perfectly formed rectangles of mushroom-filled pasta dough float in a pool of foie gras-infused jus that’s dotted with Parmesan cream. The whole thing is topped with shaved black truffles to give it a rich, umami-packed flavor that doesn’t feel heavy or taste overworked. If you’re really feeling fancy, ask the sommelier to wheel the Madeira wine cart to your table and sample a vintage from the early 19th century.

The Ultimate Food Tour of New Haven, the Birthplace of American Pizza
The Truth About Artificial Vanilla Extract (and Why You Should Always Splurge for Pure)
This Historic Castle Distillery Is the Best Place To Drink in Kentucky Bourbon Country
No Trip To Philly Is Complete Without Trying These 10 Reading Terminal Market Food Stalls
I Ate at the World’s Oldest Restaurant and It Does Not Look How You’d Expect