The Silver Skillet in Atlanta has been a must-visit restaurant for celebrities, politicians, and news anchors for years. It’s featured in Anchorman 2, Remember the Titans, and the Netflix show Ozark, among others. But people fawn over one thing here more than any other: the award-winning lemon icebox pie.

It first opened its doors in 1956, and in 1976, George and Louise Decker purchased the restaurant. George operated it until his passing in 1988, and was succeeded by his daughter, Teresa Breckenridge, who grew up in the business.

The Silver Skillet’s rise to icebox pie fame sounds straight out of a movie. The recipes hail from Breckenridge’s paternal grandmother with some tweaking done by her father. The decades-old recipe isn’t everything, though. Breckenridge also credits the celebrity recognition to her staff that has made the pies for the last 35 years.

“We became known for our lemon icebox pie simply because all the stars were aligned at the right time,” Breckenridge says. “Someone from USA Today was eating at the restaurant and had that piece of pie. Months later, USA Today called and wanted to write an article. A few years later, that lead to Saveur magazine calling and sending someone to take a picture of my pie to put on their front cover and writing an article about it. Since then, other media have reached out for the same pie. It was also featured on Diners, Drive-Ins and Dives with Guy Fieri even though that episode was mainly about pork.” 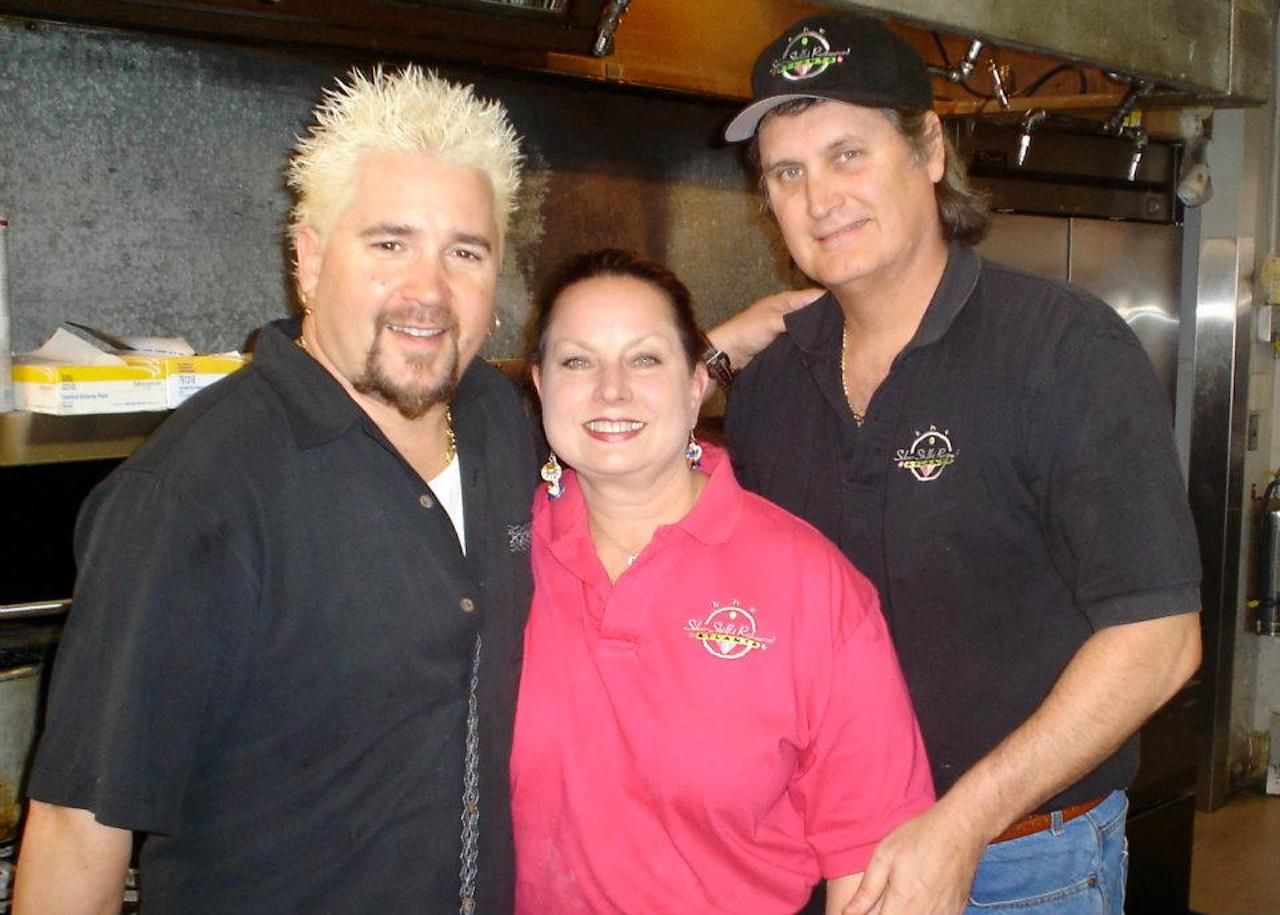 Icebox pies are a classic Southern dessert named after the icebox that pies were kept cool in. Back in the 1830s, insulated iceboxes could hold a 25- or 50-pound block of ice for up to two days, and were crucial in hot summers before widespread electricity and refrigeration. They held anything that needed to be kept cold, including chilled pies.

Icebox pies became popular in the South because they’re super quick and easy to make, are a crowd-pleaser, and because they’re ready to go straight out of the icebox no matter where you’re eating. The lemon icebox pie remains a favorite, made with lemon, eggs, and condensed milk with a graham cracker crust. In the modern era, technology reigns supreme and refrigerators are in almost every home, but the icebox pie lives on (as does its anachronistic name).

One of the endearing things about the South is its fierce tradition when it comes to cooking. With excellent restaurants being a dime a dozen, and home cooks whipping up recipes passed down from generation to generation, it’s a big statement that The Silver Skillet holds the torch for a famous pie like the lemon icebox pie. Ron Burgundy may have sat in this very restaurant, but even his prestige can’t compete with pie quality. 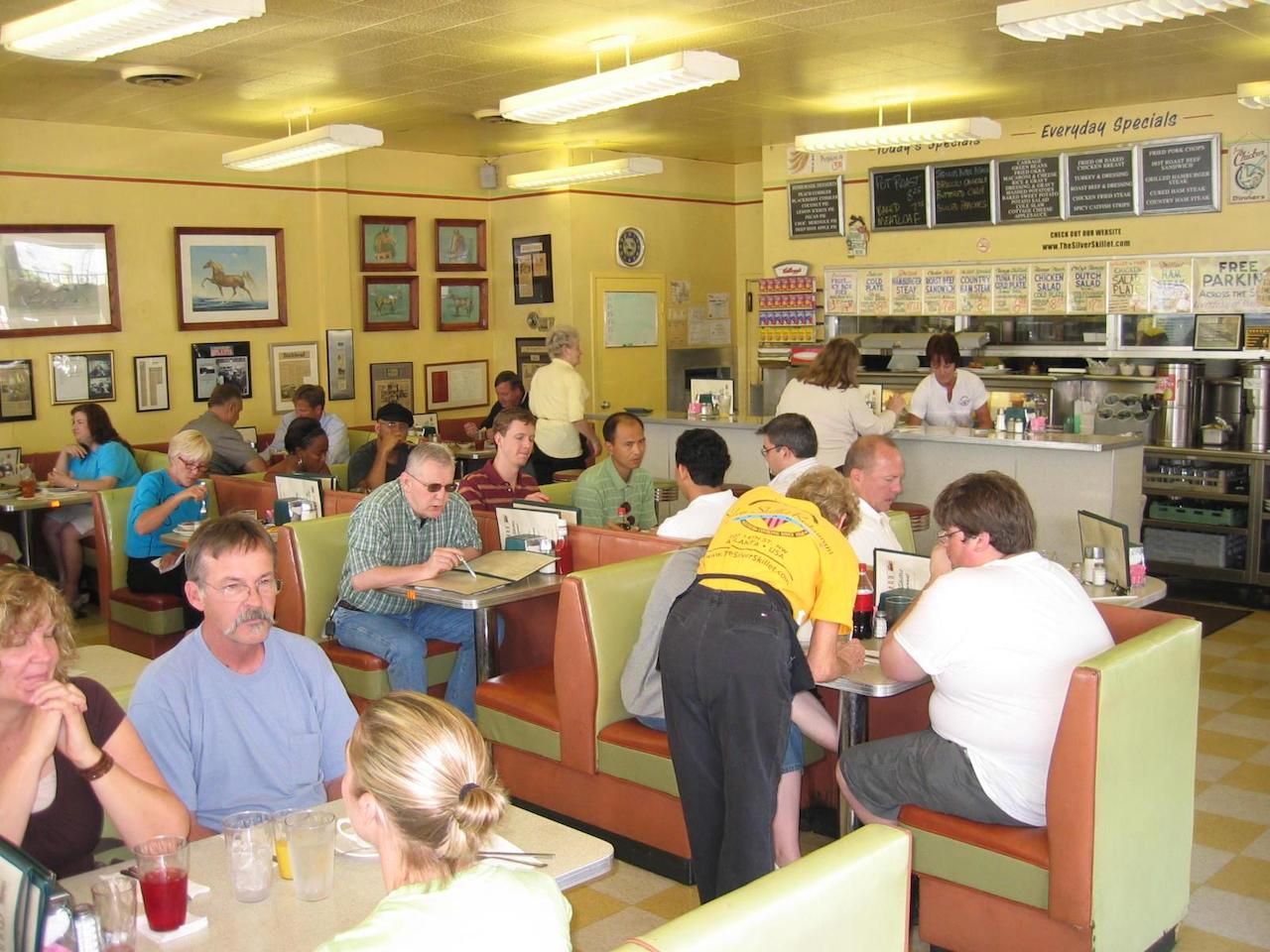 It hasn’t been all easy sailing, though.

“What I was not privy to were negotiating all the contracts,” Breckenridge says. “For such a small business it was an eye-opener, [but we made it work] with the help of my husband, Jeff, who has an MBA in business. He stepped in and handled that part of the restaurant.”

Although there was a learning curve, Breckenridge operates a thriving restaurant more known for its famous lemon icebox pie than its celebrity clientele. That’s despite the fact that some famous faces you may recognize are Katie Couric, Dave Chappelle, Zach Galifianakis, Melissa McCarthy, and many more.

If you ever find yourself in Atlanta, it’s almost a wasted trip not to experience The Silver Skillet’s excellent service and food. Just make sure to save some room for its lemon icebox pie.

The Best Rooftops in Atlanta To Eat, Drink, and Be Merry