There are a number of famous regions in Kentucky that travelers frequently visit. There are the cities of Lexington and Louisville, numerous caves, and, of course, the Kentucky Bourbon Trail (and the great distilleries off of the Kentucky Bourbon Trail). But there’s another natural side of Kentucky that is just as worthy of a trip: the Kentucky Wildlands. The 14,000-square-mile region is in the eastern and southern parts of the state, and covers natural wonders, waterfalls, towns, and the birthplace of a certain fast food icon.

Here’s five reasons why you should make the trek out to the Kentucky Wildlands.

Plenty of opportunities to chase waterfalls 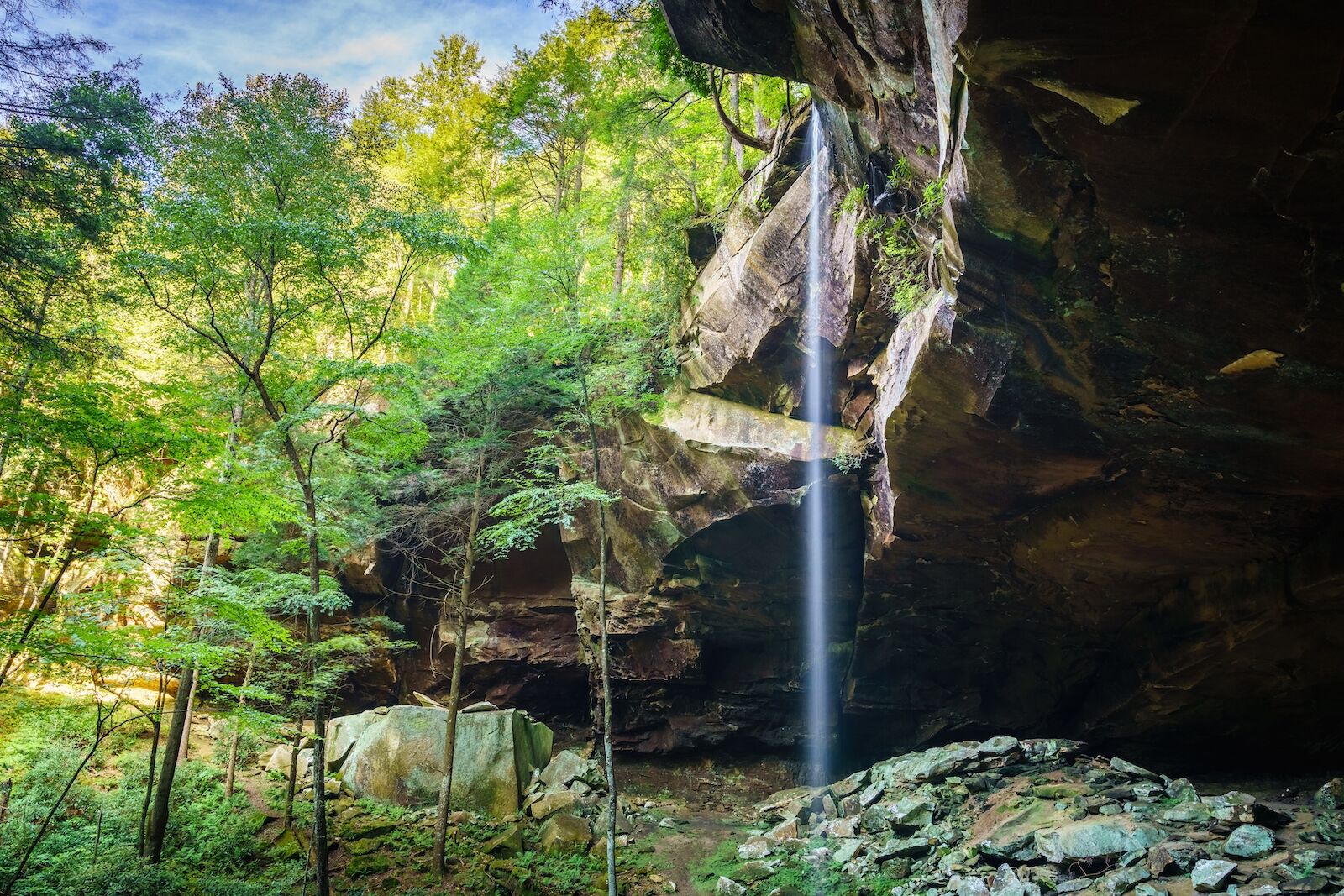 There’s no doubt that waterfalls are one of nature’s most impressive creations. And if you’re looking for a waterfall experience unlike any other, you’ll find it in the Kentucky wildlands — even in the midst of a drought. The region is home to more than 800 waterfalls. First and foremost is, of course the famous Cumberland Falls, which spans 65 feet wide and drops 75 feet into a pool below, creating a truly stunning sight. But that’s far from the only option. The lesser-known but equally impressive Eagle Falls, located in Daniel Boone National Forest, is another waterfall worth visiting that’s perhaps best known for its two tiers of rushing water, which come together to form a truly spectacular scene.

Also in Daniel Boone National Forest, Yahoo Falls is a 100-foot waterfall located on Yahoo Creek, and a short hiking trail leads to an overlook where visitors can get a view of the falls. Yahoo Falls is especially beautiful in the spring when the water is high and the flow is strong. 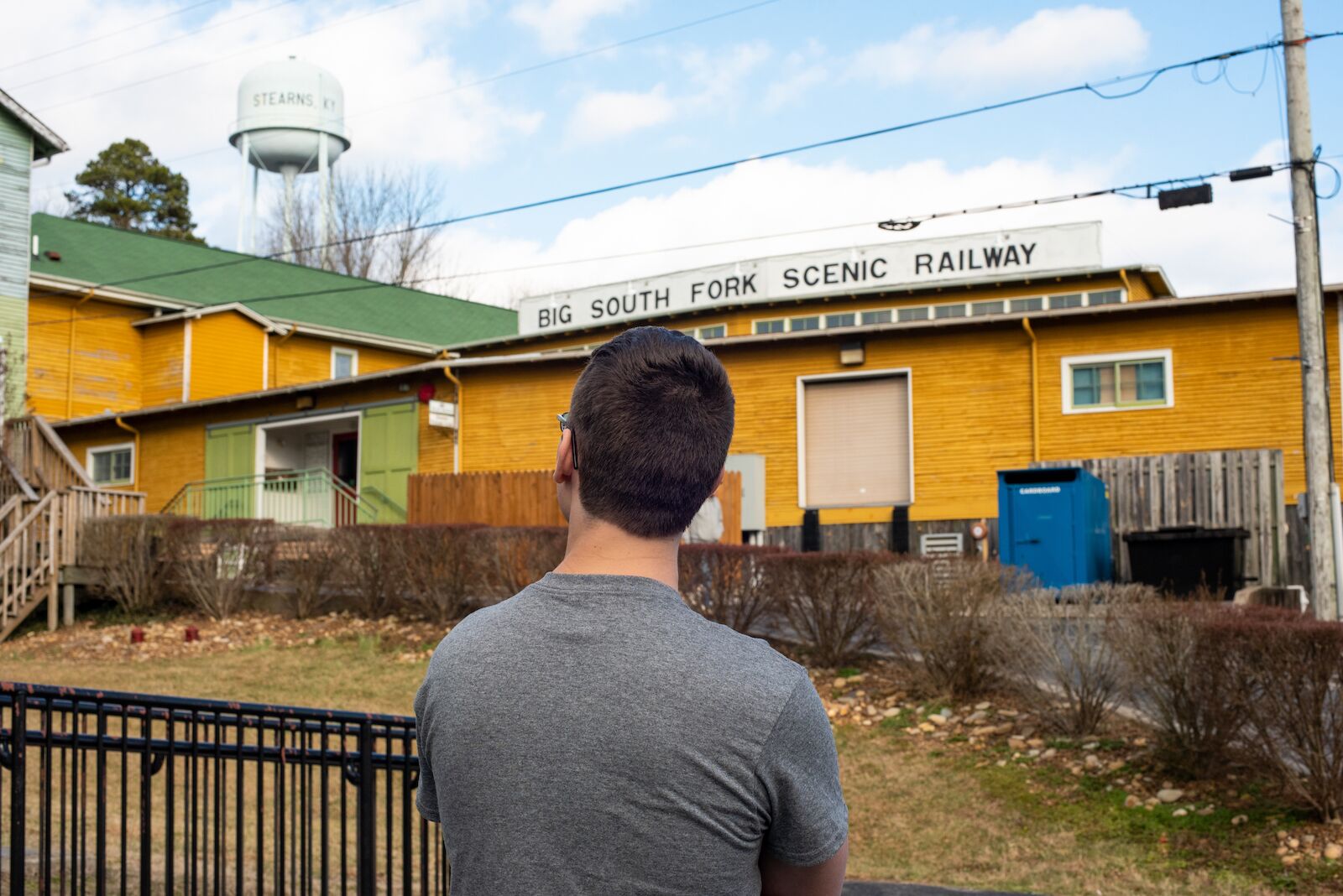 The train ride from Big South Fork to Barthell’s is not only an ode to the beauty of the Kentucky Wildlands, but also a reminder and tribute to those who worked in the dangerous conditions of the mines that once fueled the economy of the Wildlands.

However, with the decline of the coal industry in the early 20th century, the railway fell into disuse and was eventually abandoned. Today, the Big South Fork Railway is a popular tourist attraction where visitors can ride vintage trains and experience a piece of Kentucky’s coal mining history. It’s also worthy to note that not only does Barthell’s offer tours but lodging to overnight guests in houses that mirror the design and floor plans of the original company houses of the early 20th century. 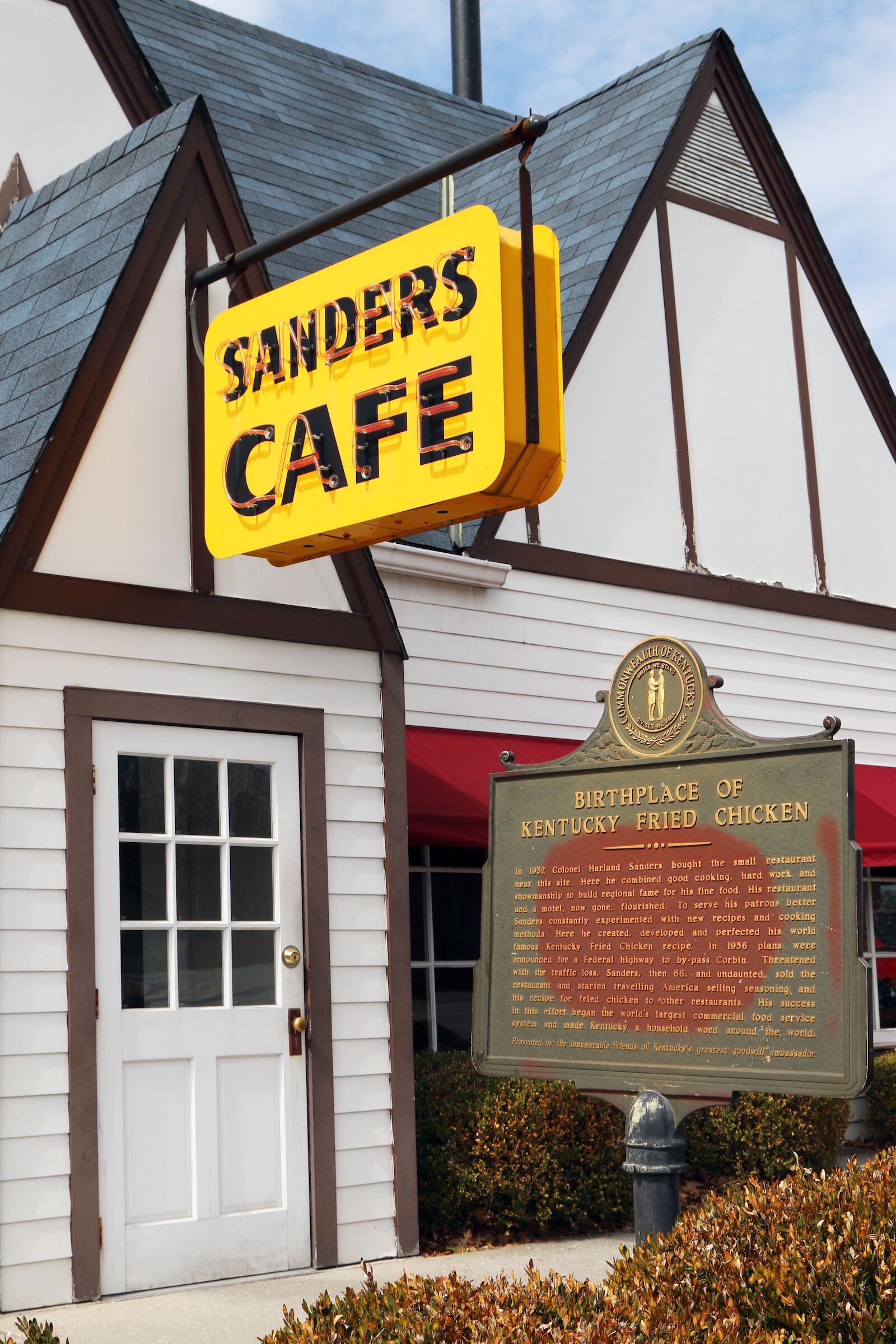 Did you know that KFC was founded in the Kentucky Wildlands in a town called Corbin? Colonel Harlin David Sanders, one of the most notable fried chicken connoisseurs in the world, operated the Harland Sanders Cafe, which also served as a motel, from 1940 to 1956. It was here that Colonel Sanders perfected his secret fried chicken recipe.

Taking a walk through Harland Sanders Café and Museum, you can get a glimpse of what the original KFC looked like. Today, KFC is a global phenomenon, with over 23,000 locations in more than 140 countries. And it all started with one small cafe in the Kentucky Wildlands. 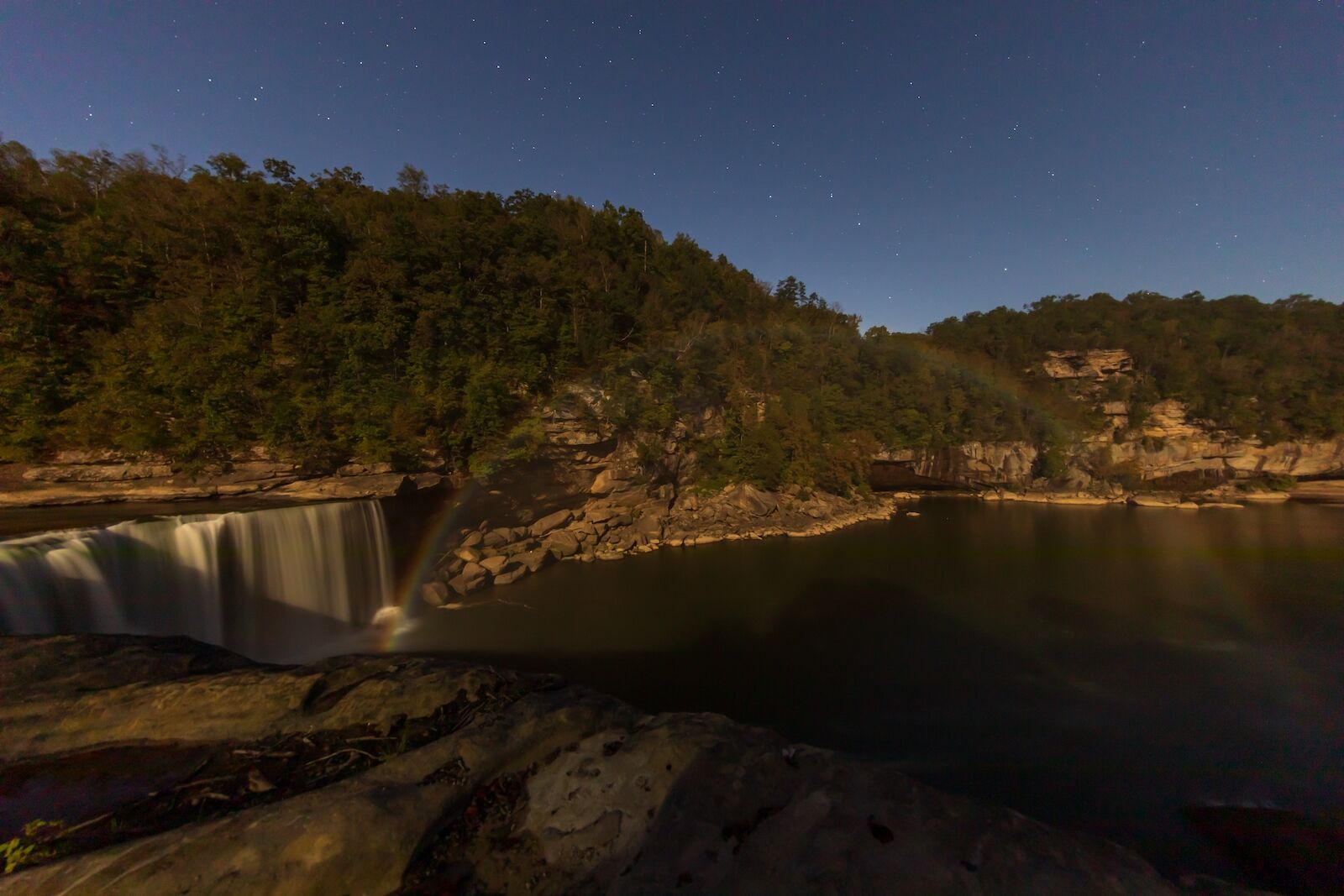 During a specific set of days each month, you can see from a viewing platform the natural phenomenon known as the Moonbow over Cumberland Falls. A moonbow is a rare and beautiful natural phenomenon that occurs when moonlight is reflected off of water droplets in the air. Moonbows are usually white, but sometimes they can have a faint rainbow-like color. Cumberland Falls is only one of two places in the world, along with Victoria Falls in Zimbabwe, where you can see one.

Since the best time to view the Moonbow is between dusk and midnight, bundle up in the colder months and be ready to stay up late.

Stay in a covered wagon at Sheltowee Trace Resort

The evening that I arrived at Sheltowee Trace, the weather dropped to fall temperatures, but my covered wagon accommodations remained cozy and comfortable. Here, I learned that heated mattress pads might be one of the most useful inventions for comfort during cold nights. Each covered wagon can comfortably sleep five to six travelers and includes a mini-fridge, microwave, heat and AC, and access to a picnic area with tables and a fire ring. However, if a covered wagon is not of interest, Sheltowee Trace also has RV camping space and cozy cabins.

Outside of accommodations, Sheltowee Trace Resort also offers adventure activities like kayaking, ziplining, whitewater rafting, tubing on the river and much more. The resort is family owned, and Dania, the current owner, has a deep knowledge of the area. When I ran into a rental car shortage on arrival, she made sure that I still made it to see the Moonbow and surprised me with a tour through Corbin to see sites like the original KFC.