The Fiddler on the Roof’s Anatevka, it turns out, didn’t really have traditions for everything. How to eat, how to sleep, how to dress, sure. But how to take marijuana? Somehow that got left out of the Talmud.

Though Tevye, Yetne, and Motel the Tailor may never have considered the Jewish dietary implications of cannabis, it’s a real issue in 2019. With medicinal marijuana now legal in a majority of states in the US – as well as Israel – and recreational legalization on the rise, finding cannabis that’s certified as kosher is a real concern for observant Jews. And even goyim are looking for the big K symbol on their cannabis like they might on a pack of hot dogs, a clear indication of a quality product.

But how is a plant that was until very recently illegal getting certified as kosher? And who, exactly, are the rabbis cool enough to be doing it?

The casual observer might think a vegetarian product like cannabis would automatically be considered kosher as it’s never touched milk, meat, or pork — especially if it’s been properly blessed. But it’s not that simple.

“Becoming kosher does not mean just blessed by a rabbi,” says Rabbi Yakov Cohen, a leading rabbi in certifying kosher cannabis. “It means ‘fit for consumption’ based on a body of laws covering a huge spectrum from meat to dairy, bugs, wine, and fish. And there’s a lot of details that go into those laws.”

This is why the famous Kosher Kush strain – which won a slew of High Times Cannabis Cup awards earlier this decade – isn’t actually kosher. Anecdotally, it was the first strain ever blessed by a rabbi. But it never went through the process of certification, and is therefore no more kosher than your standard eighth of Chemdawg. 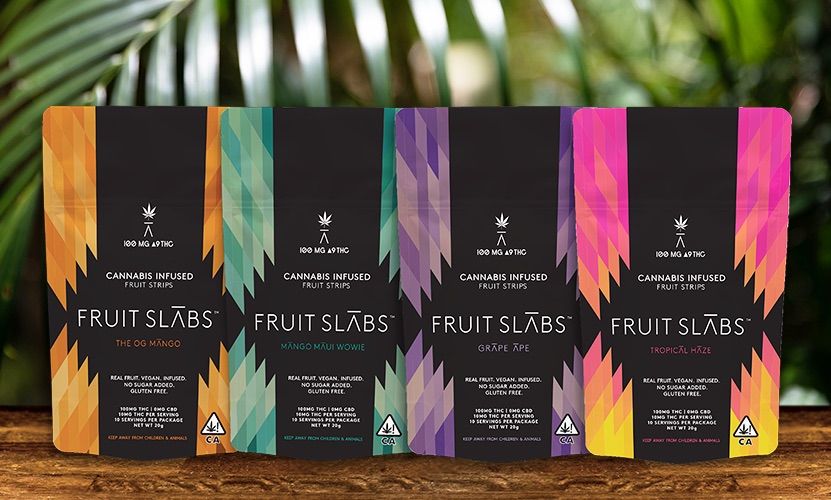 “We used a THC distillate, and we had to go back and make sure the ethanol used in that distillate was kosher,” explains Roxanne Dennant, CEO of Fruit Slabs, which makes a certified Kosher cannabis fruit roll up. “We have to have all the certificates of analysis for our materials, and make sure we have the kosher sticker on the box. It’s a process.”

A rabbi like Cohen must inspect all of this, then sign off on a facility and give it their blessing. But the rabbi can still stop by to make sure everything there is, literally, still kosher. Meaning companies like Fruit Slabs must constantly negotiate with suppliers to ensure they comply with Jewish dietary law.

But does Judaism allow cannabis consumption?

Just because something is legal does not always mean it is right. So rabbis walk a tricky line when handling certification of a product that was deemed illegal not so long ago.

“It’s a controversial subject among rabbis,” Rabbi Cohen says. “All the rabbis hold that because a decision was made… everybody’s understanding is that recreational marijuana is forbidden. So no rabbis will give a kosher certification for recreational. But medicinally, some rabbis agree they will give it.”

Cohen’s role in the cannabis community stems from his personal struggle. Six years ago his son was diagnosed with brain cancer, and after going through chemotherapy and radiation in his home state of Texas, Cohen’s son relapsed again. After reading some of the groundbreaking cannabis research coming from Israel, Cohen took his family to California to get his son a medical prescription. The therapy worked, and his son improved.

But the family had to return to Texas, and when an illegal shipment of medicinal cannabis was held up at the post office, his son was out of options. His son declined, slipped into a coma, and ultimately passed away.

“I feel like we’re doing this, in a sense, so our son didn’t die in vain,” Cohen’s wife Devorah says. “If we can make someone’s life better, help someone have a better quality of life, I believe his life had a real purpose.”

While Texas law didn’t allow for medicinal marijuana, because of its medical properties, Jewish law now does. While this doesn’t mean all rabbis will grant kosher certifications, it did lead one of Israel’s leading ultra-Orthodox rabbis to declare marijuana kosher for Passover. That means it’s now more acceptable during that time of year than beer.

Israel is a holy place for cannabis too. 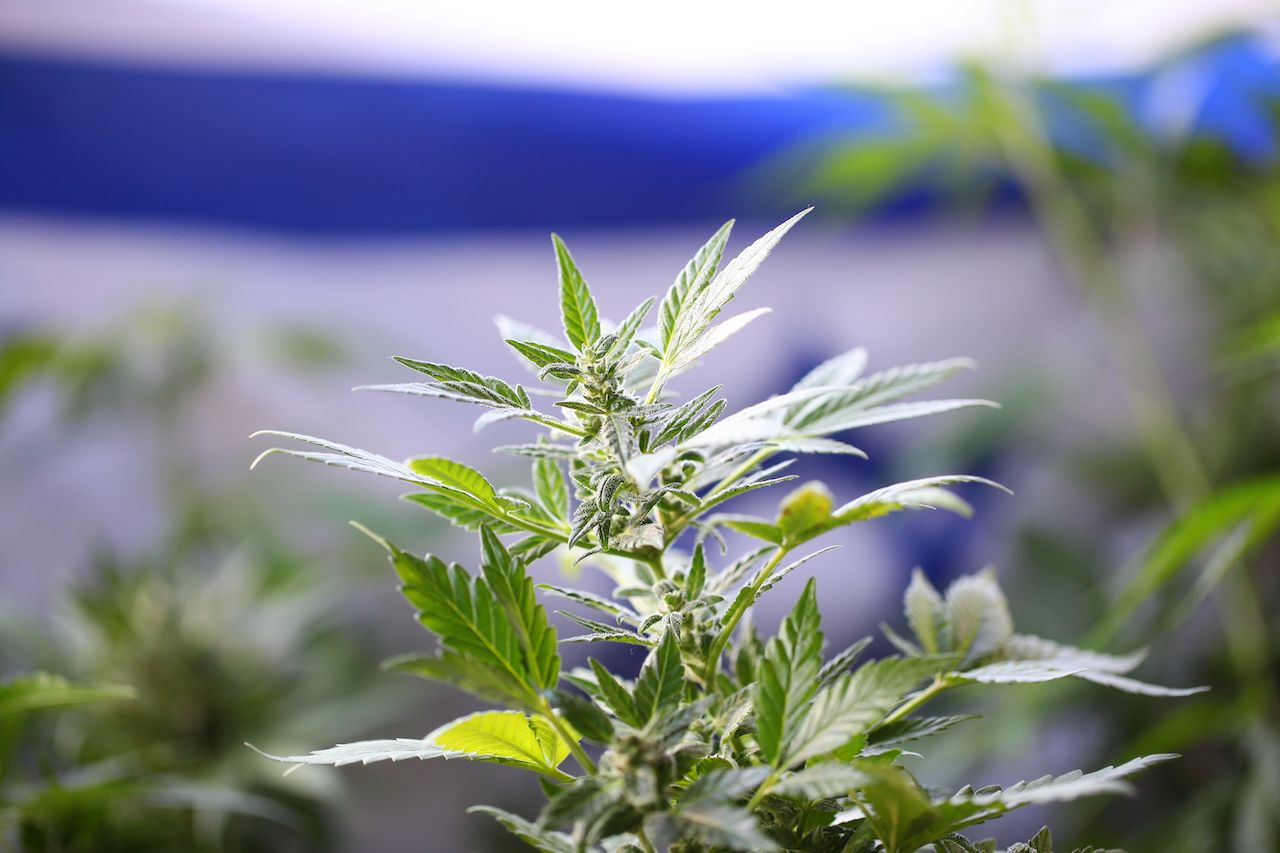 If one looks at the history of marijuana research, it’s almost surprising it took this long for kosher cannabis to become a thing. Israel, after all, is not only the cradle of the world’s three major religions, but it’s also the cradle of cannabis.

It was here that Dr. Raphael Mechoulam, a professor at Hebrew University in Jerusalem, first isolated the THC and CBD molecules in the 1960s. His work ultimately led to the Israeli government backing more medicinal marijuana research than anyone in the world in the 1990s, with CNN’s ubiquitous Sanjay Gupta dubbing it the “medical marijuana research capital of the world.”

“We’re number two in the world for investment outside Silicon Valley,” says Saul Kaye, CEO of ICan Israeli Cannabis, which, among other things, puts on the annual CannaTech conference. “We’re second in the world behind China for cannabis patents. And we’re incredibly entrepreneurial.”

Though Israel has yet to legalize marijuana for recreational purposes, the business and financial infrastructure is ready to go once that happens — regardless of whether more rabbis begin kosher certification or not.

Destigmatizing cannabis through the kosher symbol of quality

“We’re not giving the K symbol for a pothead lifestyle,” says Devorah Cohen. “But there is a stigma that needs to be removed. When you get something that has the kosher symbol on it, they know that product is high quality. It has a certain level of purity.”

That quality assurance is a huge part of why commercial cannabis suppliers are striving for kosher certification.

“It opens access for observant Jews, yes,” says Jeff Maser, founder and CEO of Tinley Beverage, which produces a line of cannabis drinks. “But kosher is a mark of quality to the market at large. So when we found a way to make our product kosher certified, we jumped on it.”

Maser’s line of drinks was certified by Rabbi Cohen and is now available at recreational dispensaries in California. Customers can even pay for them in advance and have them delivered on Friday night or Saturday, like a Sabbath elevator for cannabis.

Edibles, Cohen says, are a rabbinical grey area, since they can be viewed as recreational or medicinal. And while he only advocates for medicinal use, he’s not blind to its other uses either.

“I’m only here to make (cannabis) available for people who want it medicinally,” he explains. “What people do with it recreationally? That’s none of my business.”

Still, the rabbi believes his work, if nothing else, will help destigmatize cannabis in the Jewish community and help people who can benefit from its properties. He tells the story of a couple in his community who had a baby daughter suffering from over 300 seizures a day, to whom the rabbi suggested using CBD. The couple balked because of the cannabis stigma, and the daughter now suffers from neurological damage.

“Even though it’s useful, people won’t touch it,” he says. “So that’s why we work on giving cannabis kosher certification. To help people, and destigmatize it so it can be more available and have more people willing to try. In a life-threatening situation you do whatever you have to to save a life. But if there’s kosher options available, and it makes the person feel better, why not?”

CannabisEverything To Know Before Going To a State With Recreational Marijuana
Tagged
Cannabis Religion
What did you think of this story?
Meh
Good
Awesome