Vegas is not just for Elvis anymore. Or Celine. Or Britney. Or the Thunder from Down Under and Cirque du Soleil. As of this year, it has officially become the world’s capital of live music, at least according to leisure travel planners lastminute.com.

In a recent survey, the travel site took a look at the number of live music events set to take place in major cities around the world. And not only did Sin City place far ahead of live-music perennials like Austin and Nashville, it was the top city in the world. London, Toronto, and Berlin were next on the list. And Vegas was the only city in the US to even crack the top 10.

The study went even further, looking at stuff like the most popular genre of music in each city, number of music events, and total events per capita. Dublin, Ireland, was the winner of most events per capita, followed by London and Las Vegas. Vegas was also top in country music events, with 1,459 in 2019. That was nearly 14 times second-place finisher Montreal, which had 107.

Los Angeles was the king of classical music, with 868 events, dwarfing next-best Toronto which had 17. New York led the way in jazz, hip-hop, and electronic music, while Miami had the most Latin music events with 117. You can read the breakdown of the whole study here, or take a look at the infographic below. 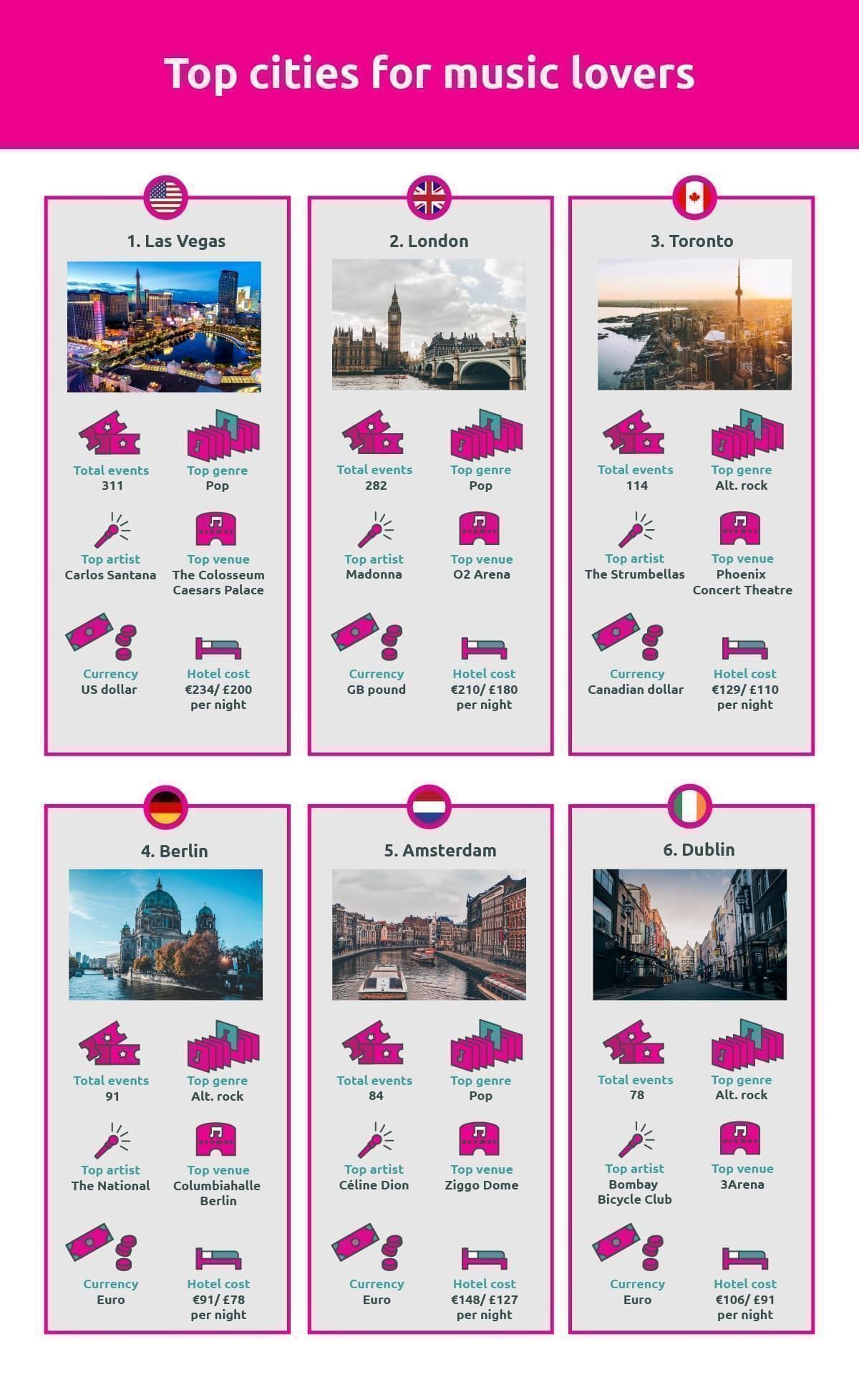 Couples10 Underrated Cities for Singles Across the US
Tagged
Maps + Infographics Music + Nightlife News
What did you think of this story?
Meh
Good
Awesome