I love watching documentaries. Sit me down in front of an HBO documentary or one that comes highly recommended, and I’ll be glued to the television and then frantically googling information afterward — I go down the rabbit hole for hours, even days, researching and learning more.

One such documentary that continually popped up on my Facebook feed this year, was “Where to Invade Next,” by Michael Moore. I have seen a few of Michael Moore’s previous documentaries, and although a controversial figure, I enjoy his slightly dry humor. The premise of this film was a quest to find how other countries are excelling in areas where the United States is failing. He profiled the school system in Finland, the prison system in Norway, and the debt-free education system in Slovenia. What struck me the most is when the film took a detour to Iceland and profiled their stance on gender equality and women’s rights. I was shocked to learn the first democratically elected female president in the world was from Iceland! Her name is Vigdis Finnbogadóttir, and she’s a divorced, single mother, who ran for president of Iceland and shocked the world when she won.

Vigdis is quick to offer credit to the female population of Iceland for her win in 1980 (she was Iceland’s president for 16 years). Just 5 years prior to her election, on October 24, 1975, Icelandic women staged a nationwide walkout and protest where about 90% of all women across the country walked off their jobs and out of their homes to protest and bring awareness to how much women contribute to society both in the home and workforce. It has come to be known as Women’s Day Off and its anniversary is celebrated throughout the country each year on October 24th. Just as I was planning my trip to Iceland, I realized that we would be there for the anniversary. With that in mind, and after learning about the Women’s Day Off movement, I knew there was a draw for me that delved deeper than the landscape.
I devised a portrait series and project to conduct throughout our ventures across the island. As we drove the Ring Road, I photographed portraits of diverse local women living in Iceland, and asked them one question, “What does it feel like to be a woman in gender progressive Iceland?” I was astounded, pleasantly surprised, and cheering alongside each girl or woman who was gracious enough to let me photograph and interview them.
Pride emanated from each of them; they were very happy to share their thoughts with a foreign audience about how progressive their country is in terms of gender equality.

Some were quick and concise with their answers, others elaborated and turned their interview into a soul-bearing conversation with me, a stranger. I noticed that being a female and asking other females about gender equality immediately formed a bond. Interviewing these women was an enlightening experience that I am very proud to share. 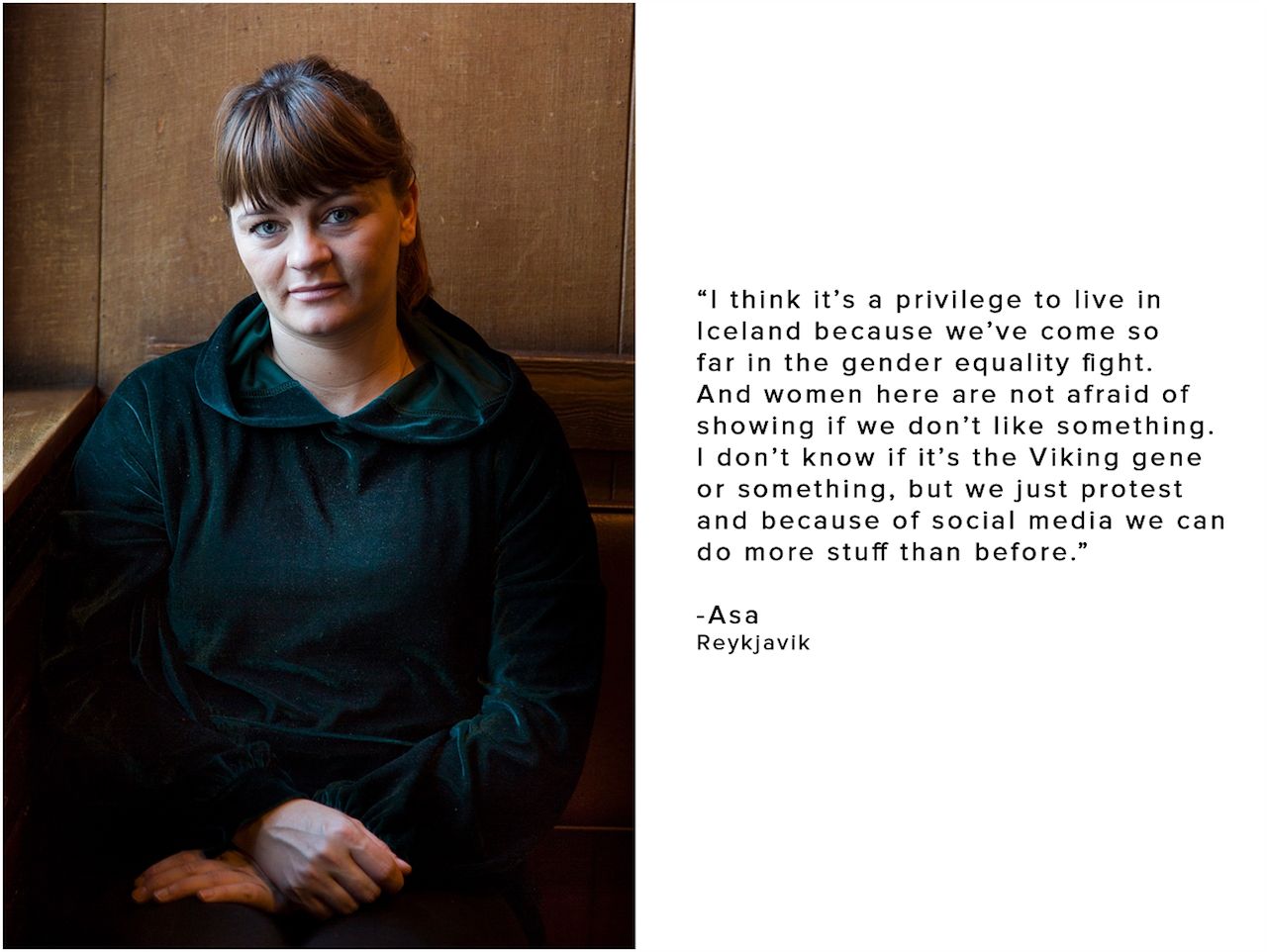 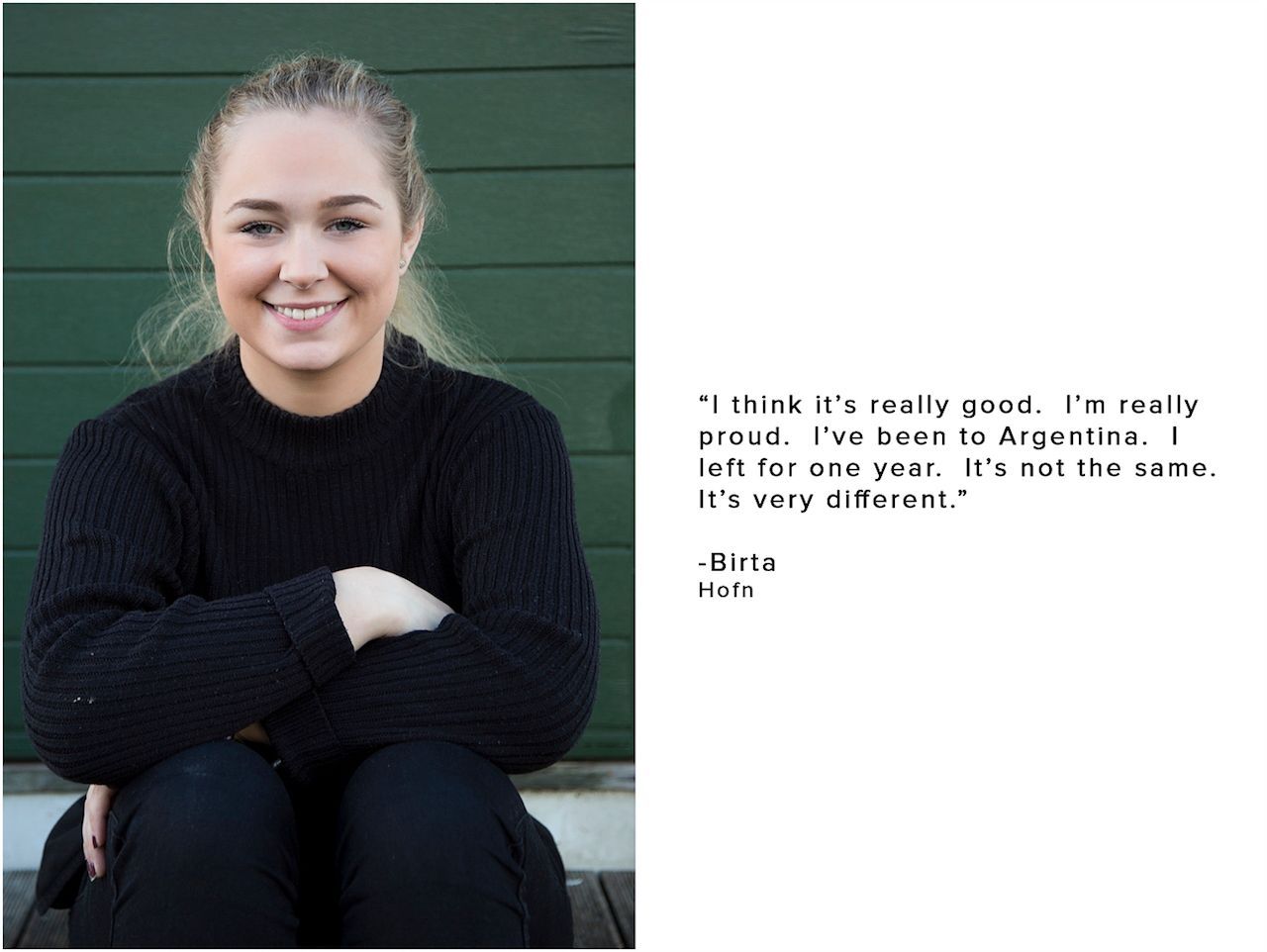 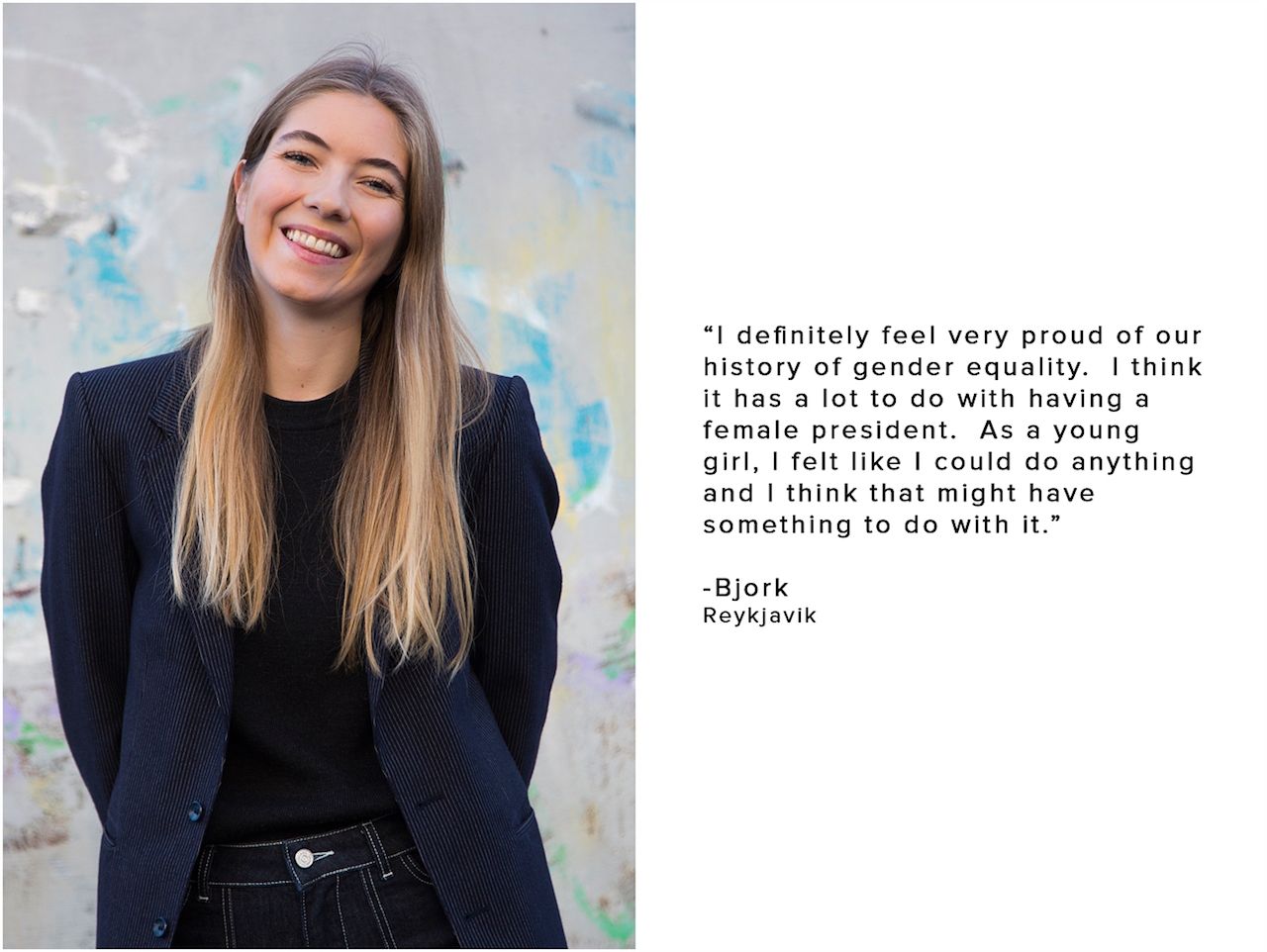 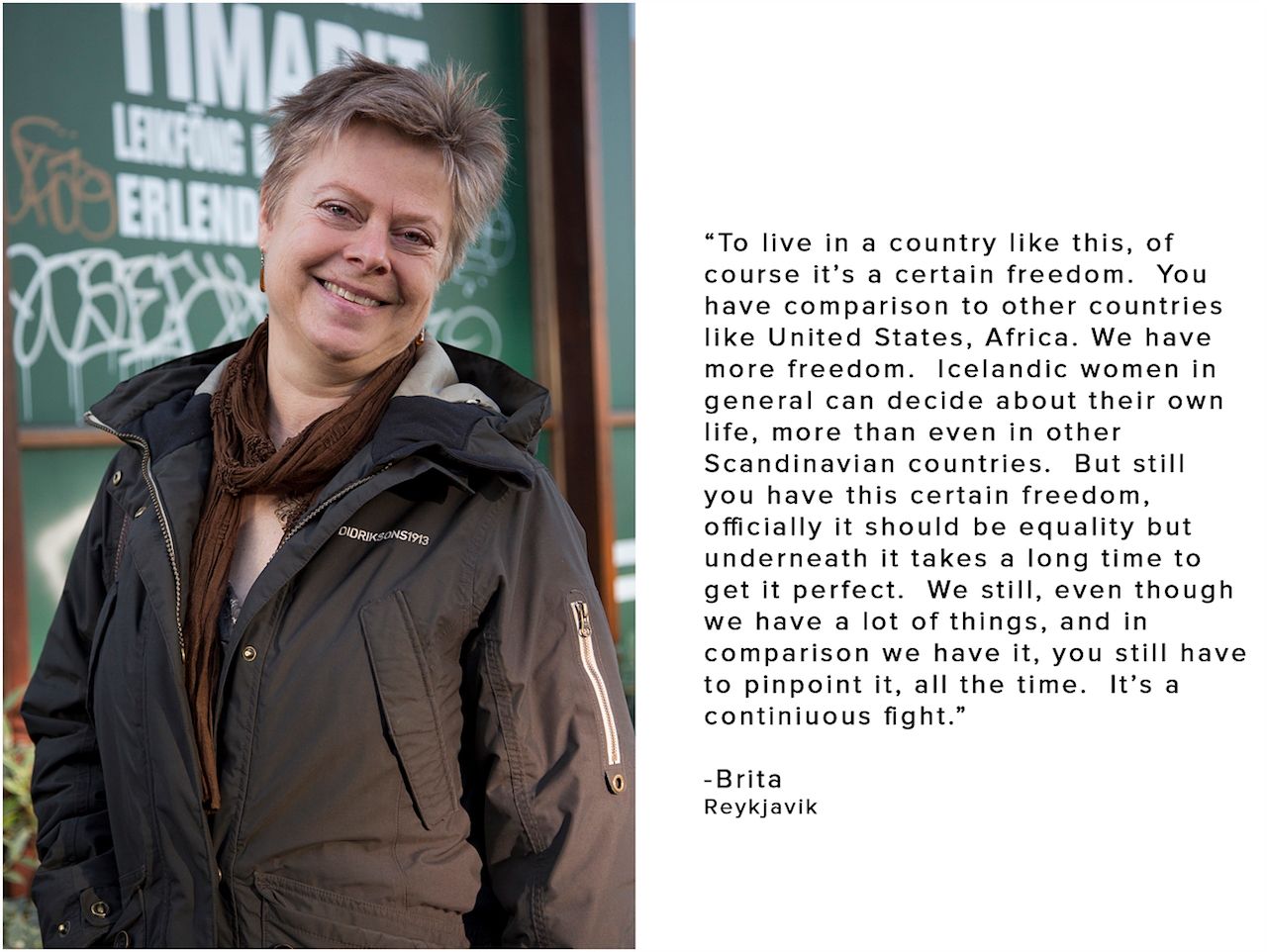 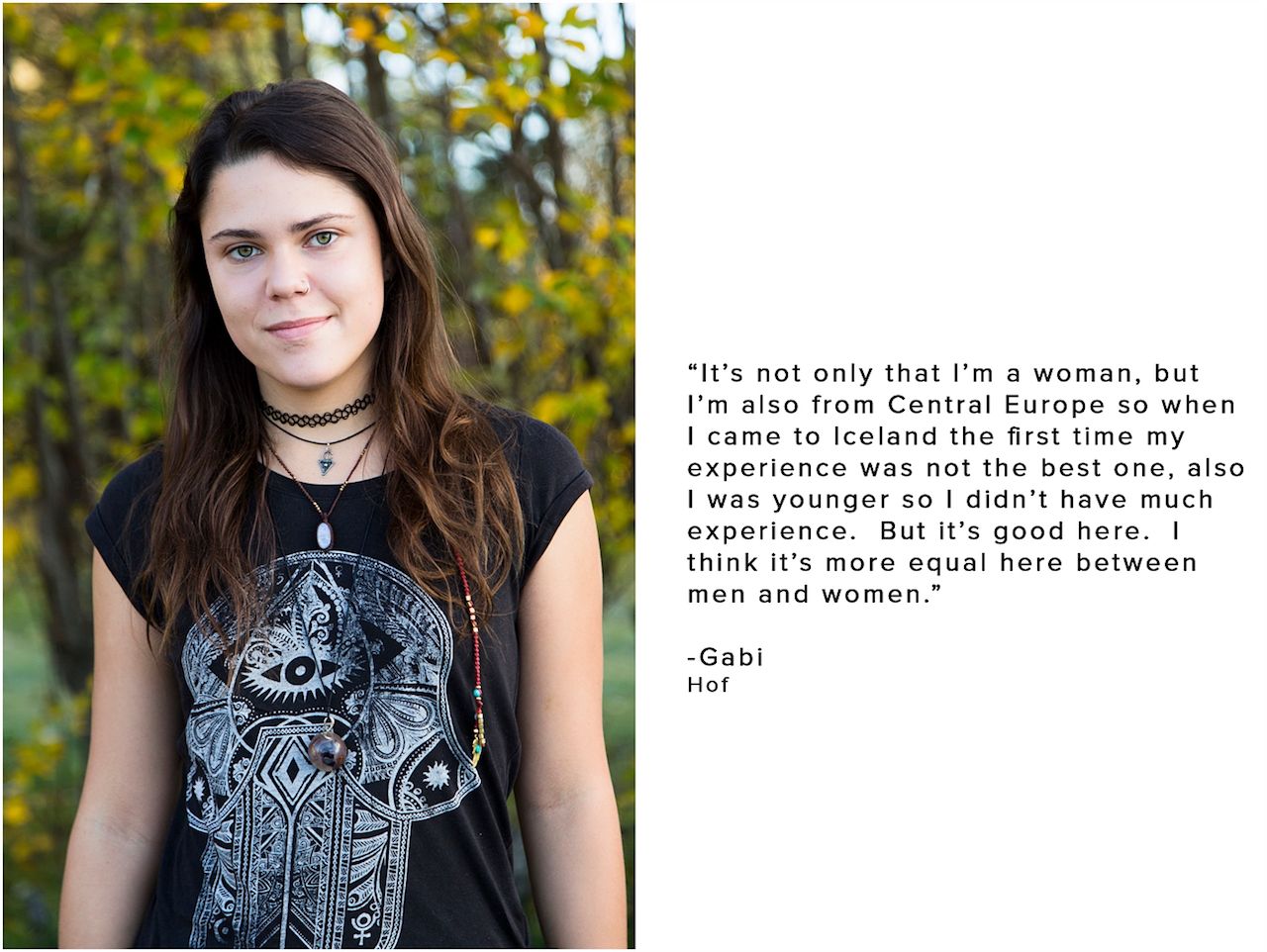 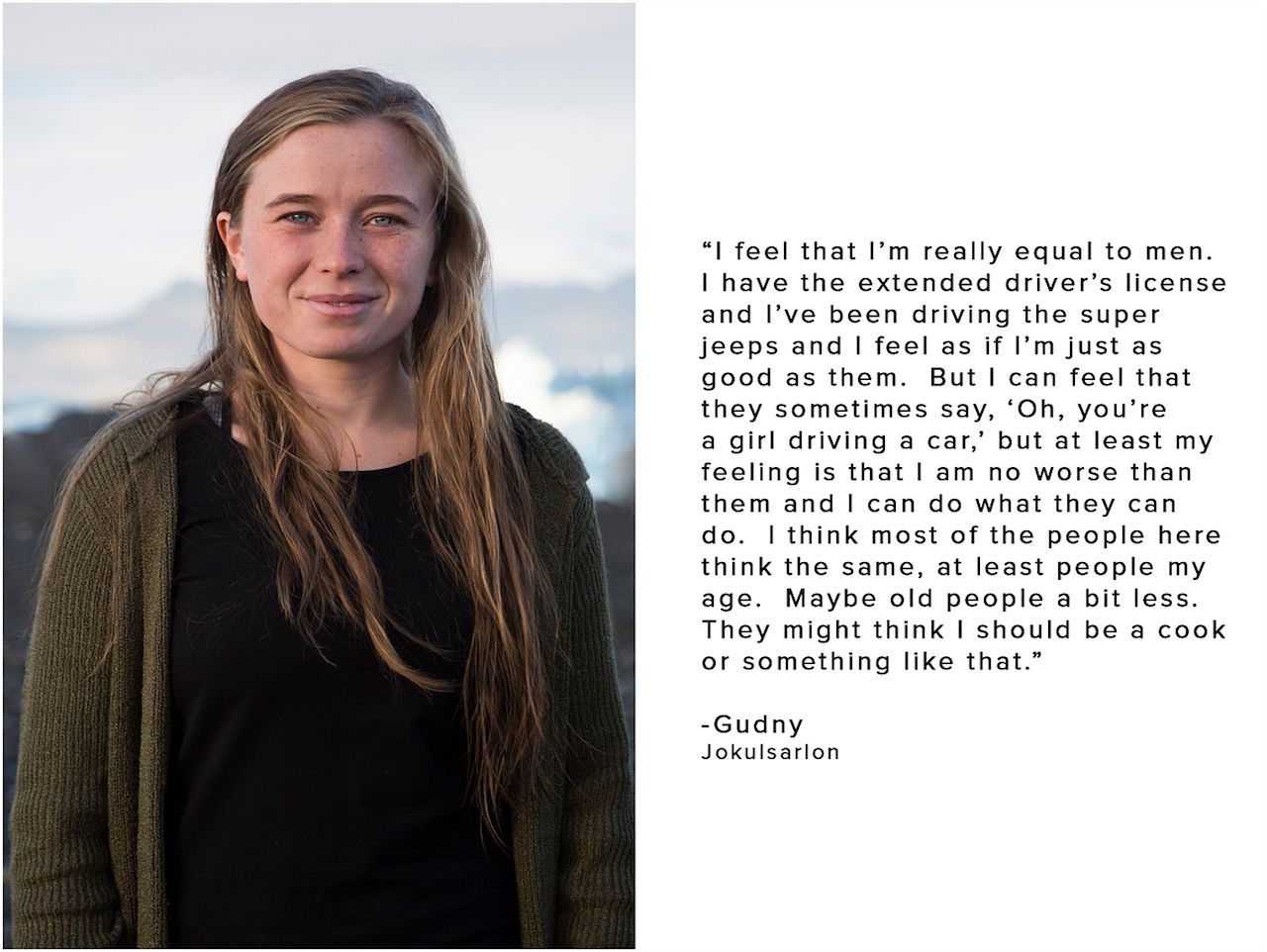 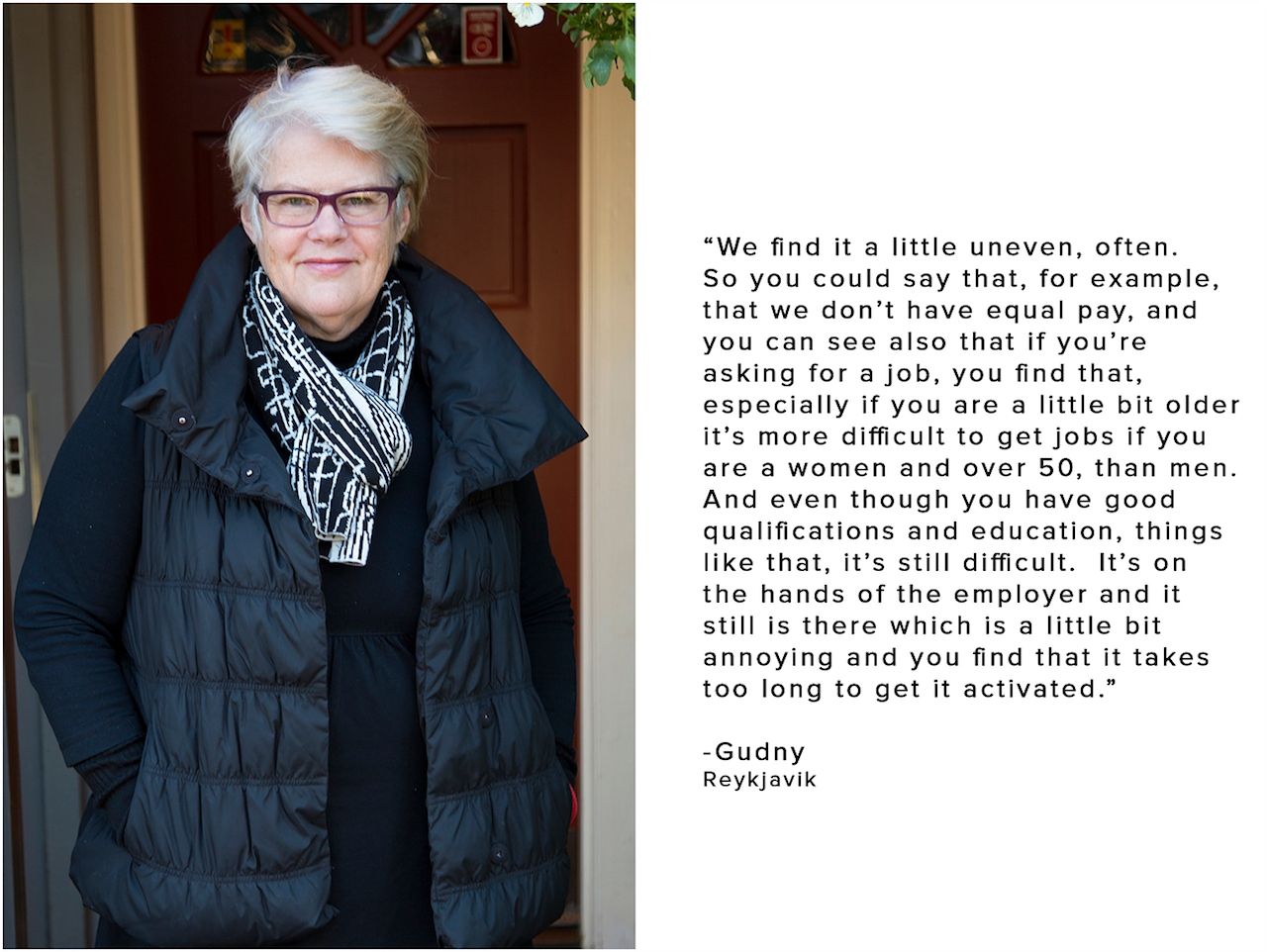 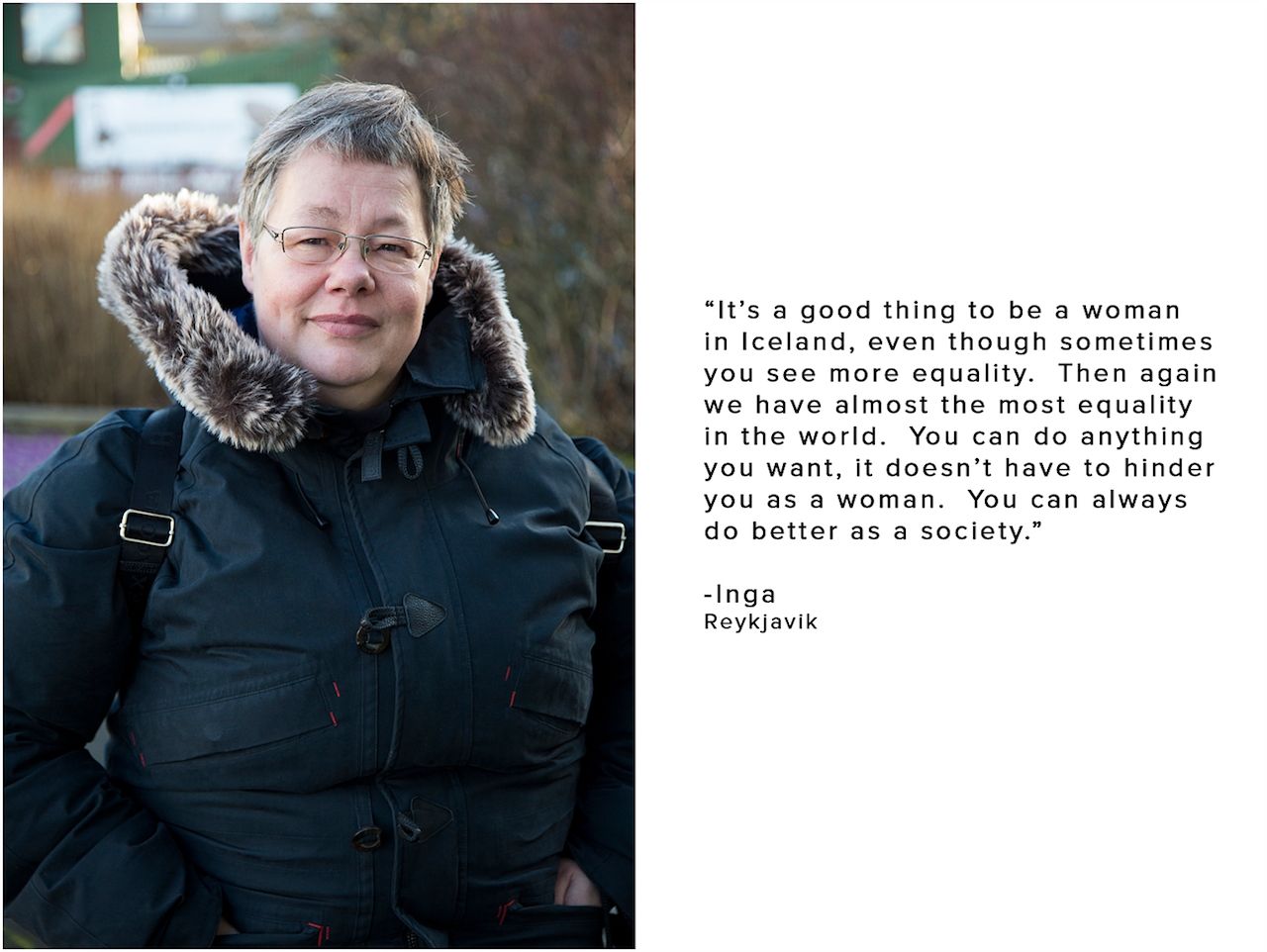 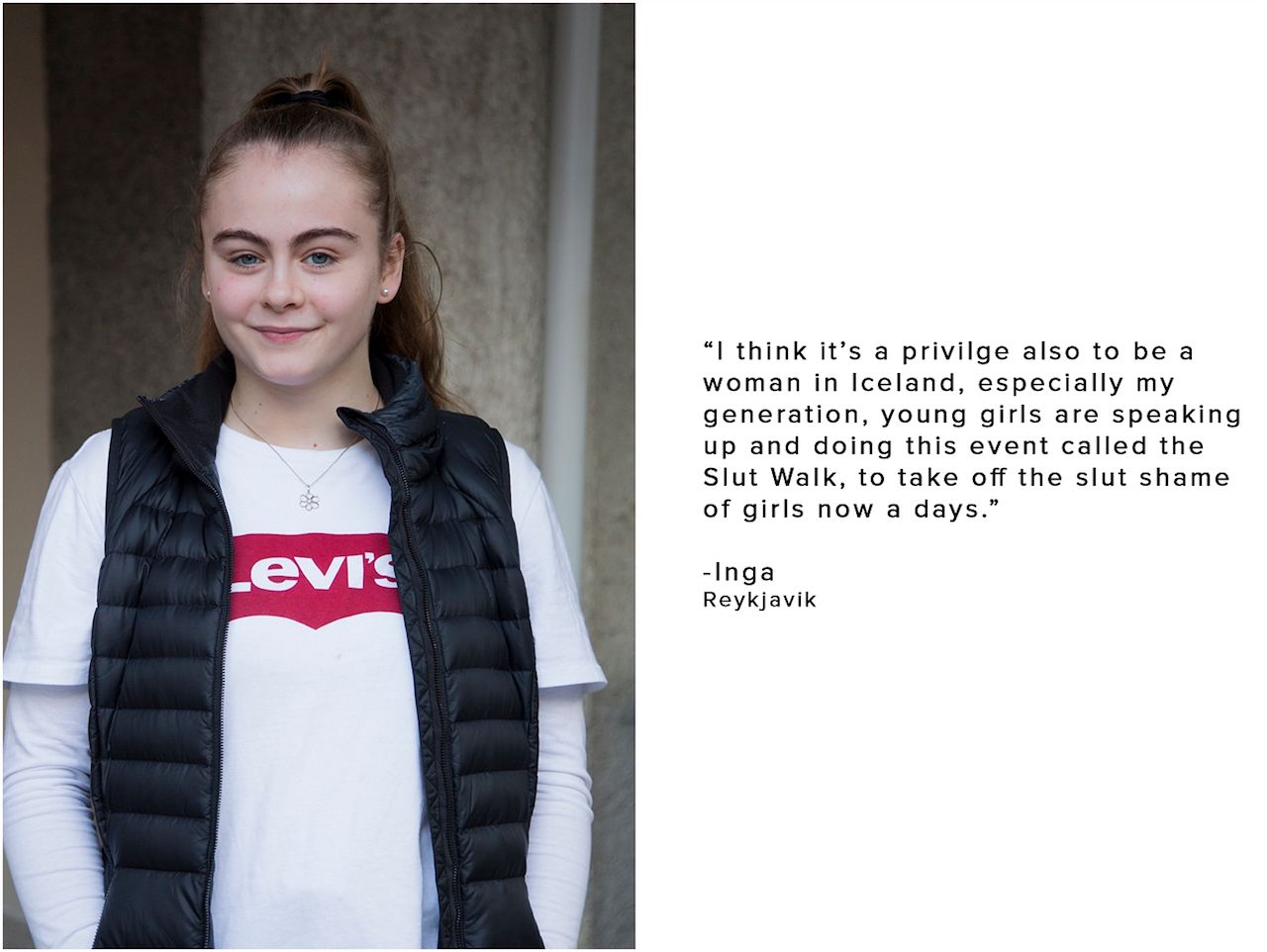 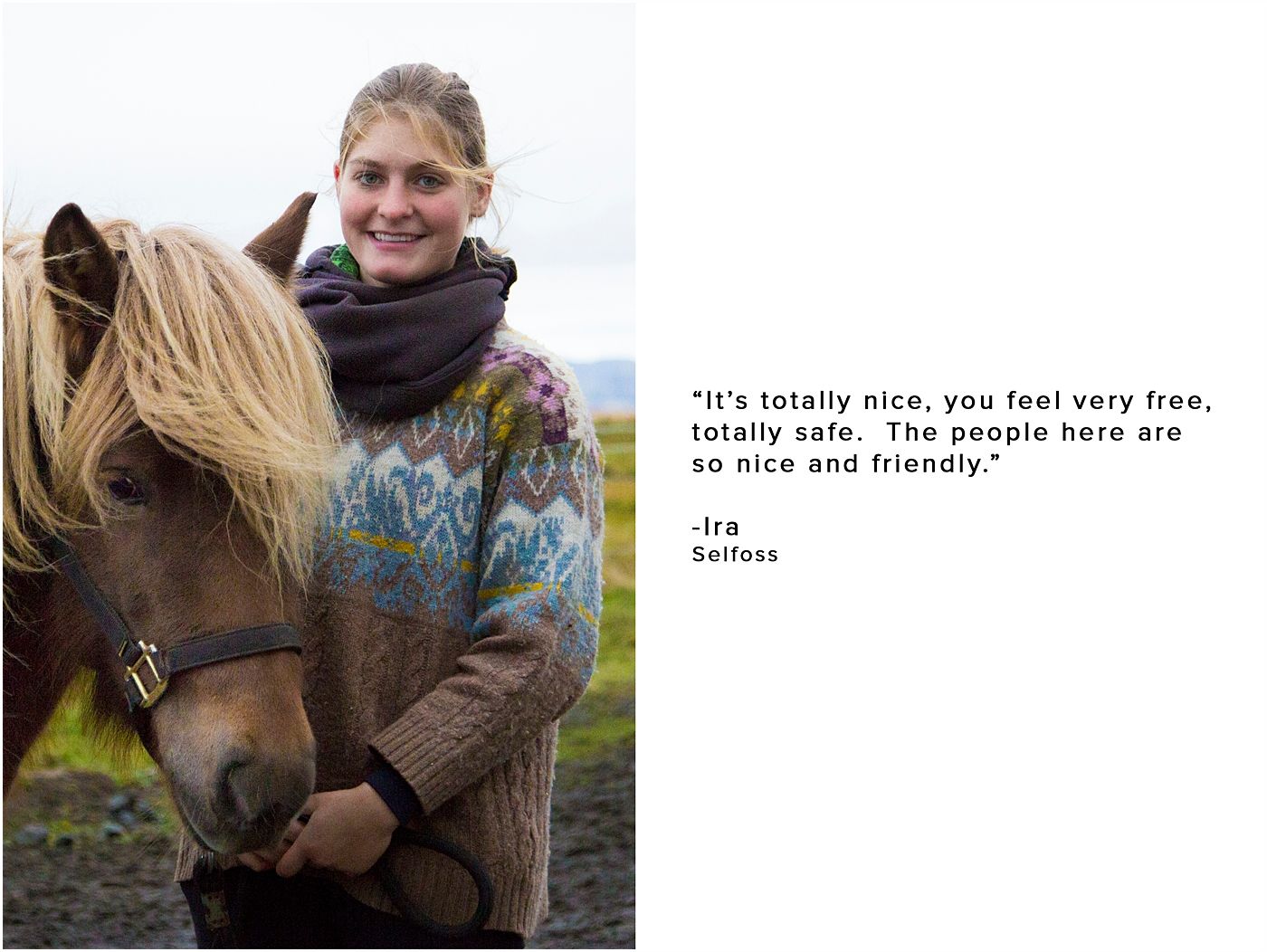 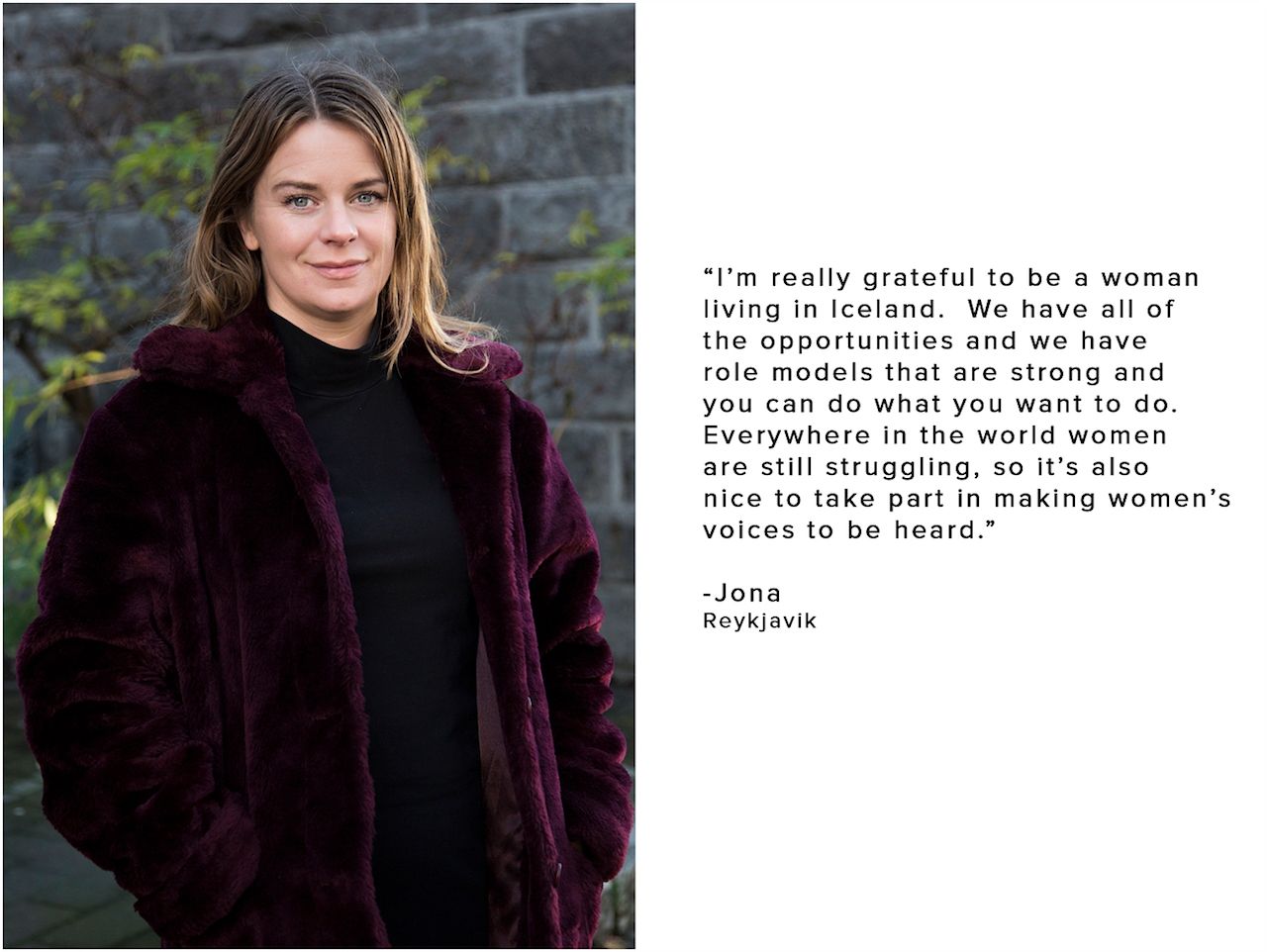 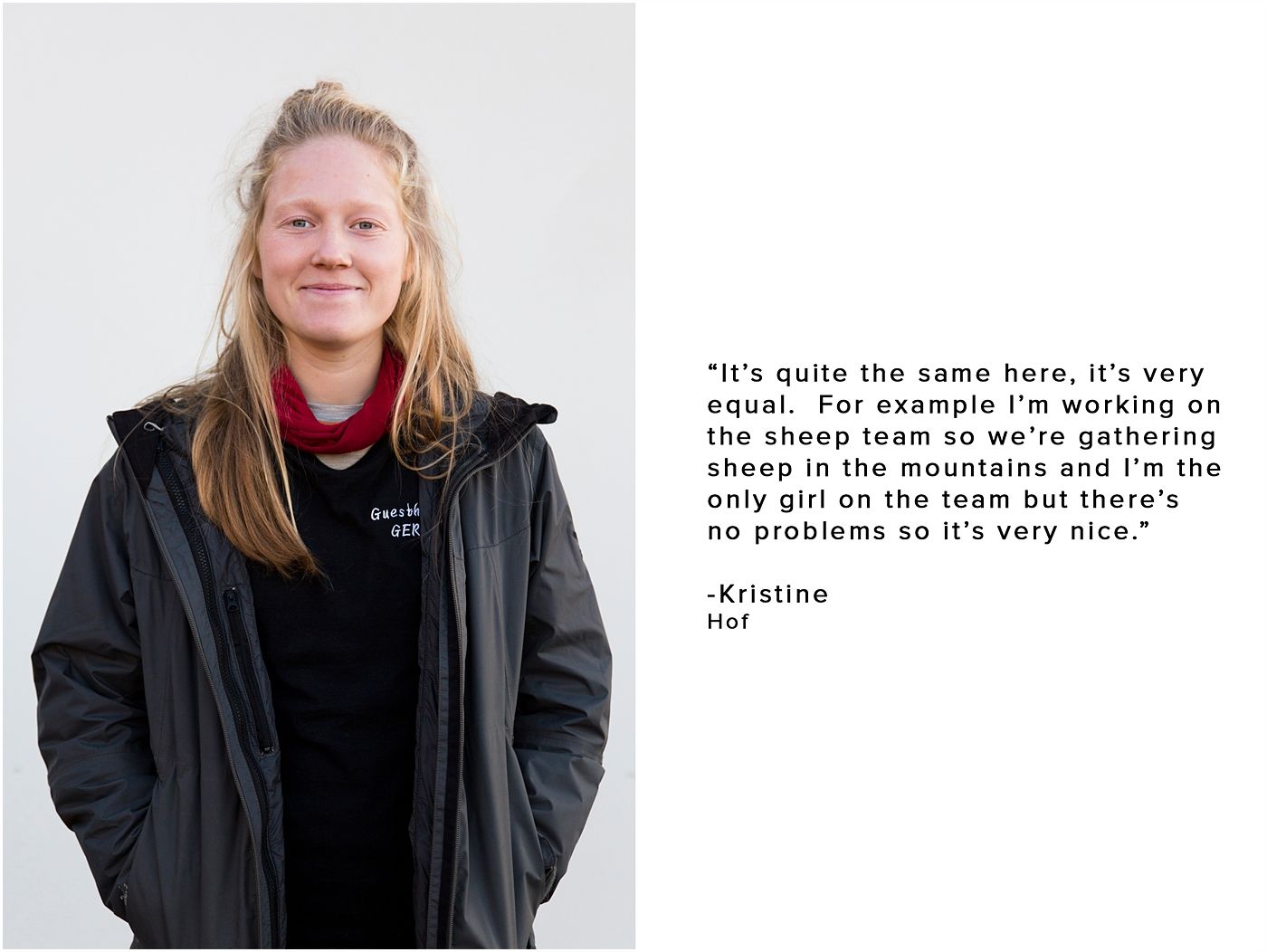 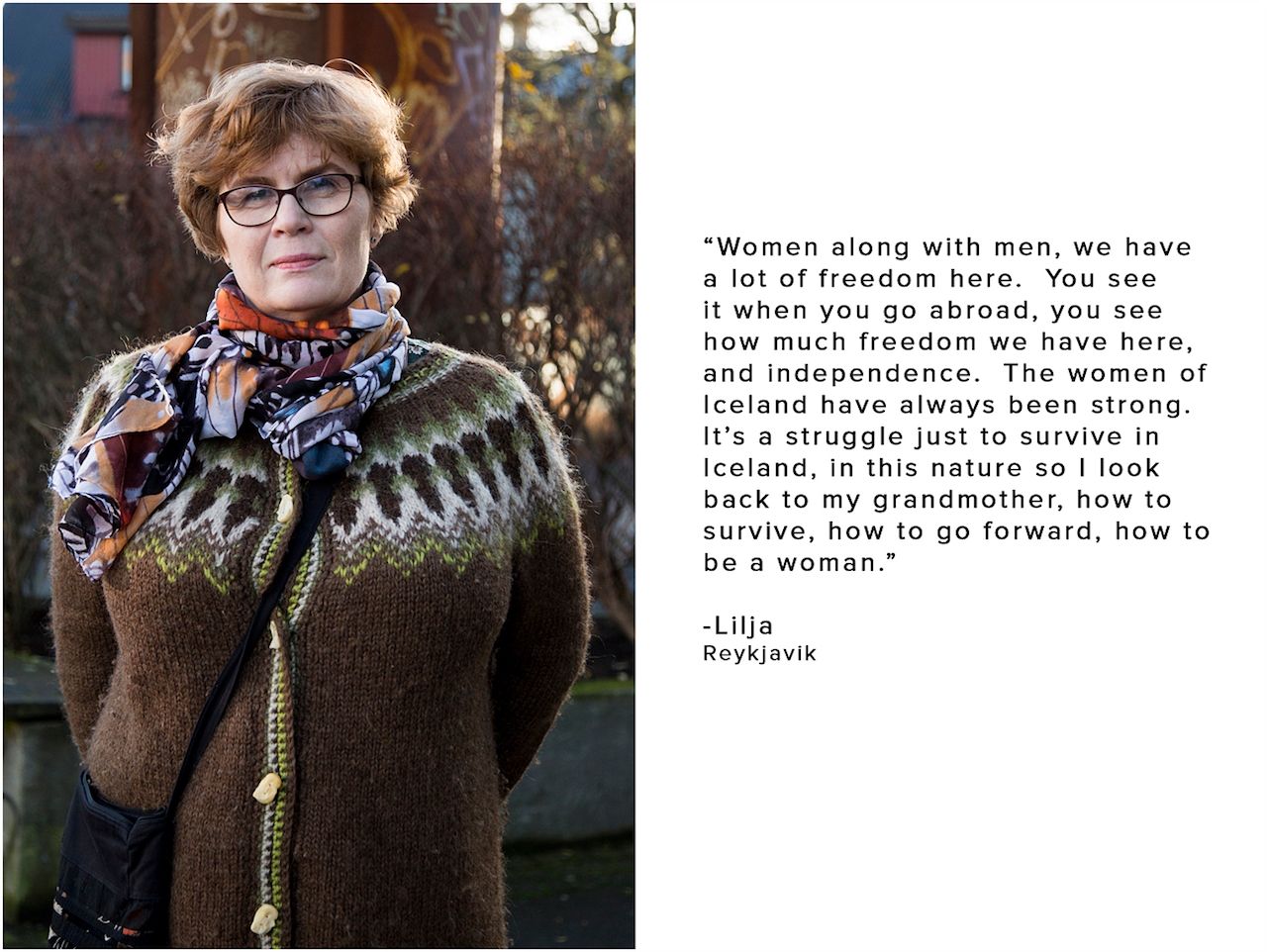 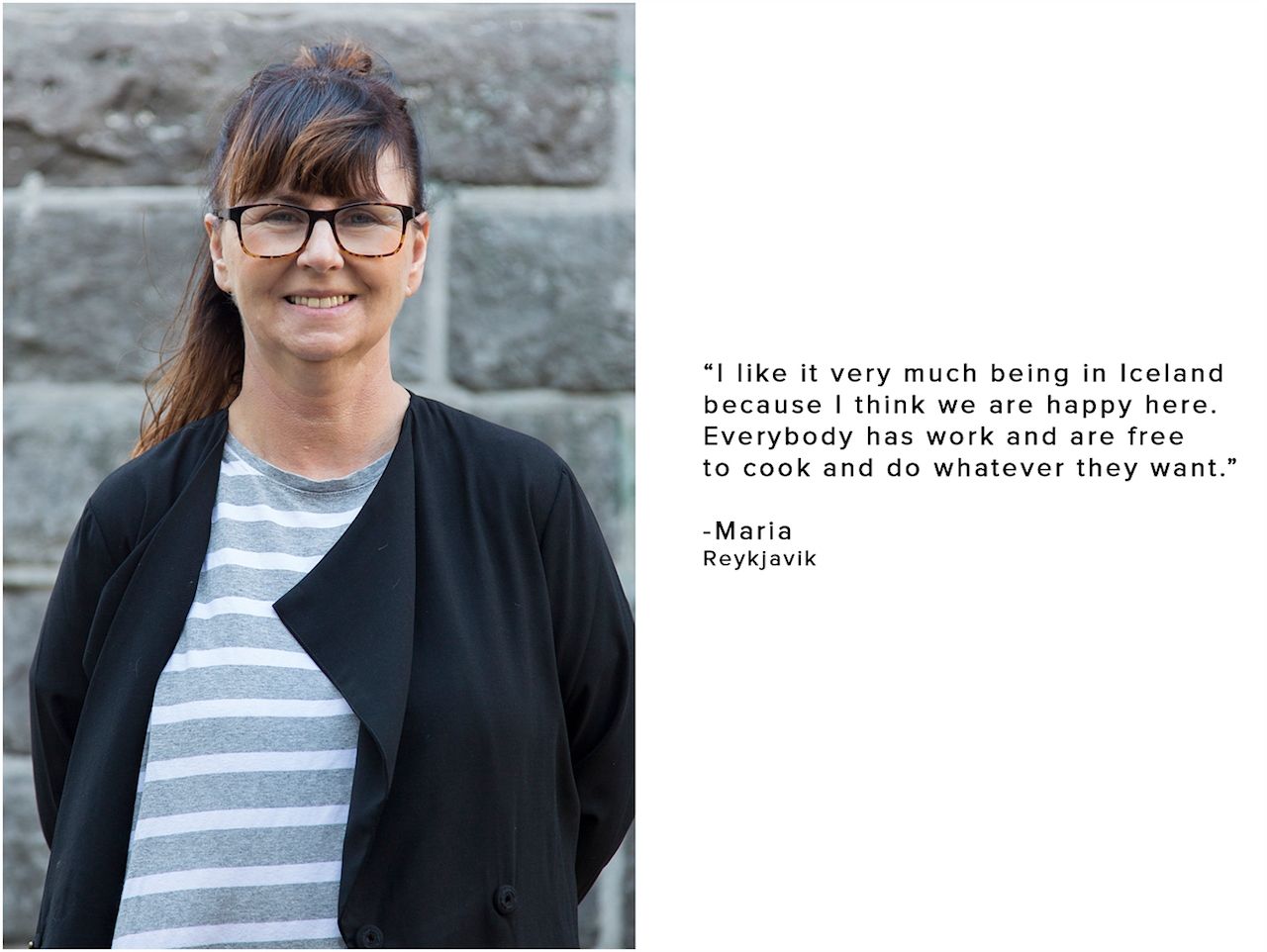 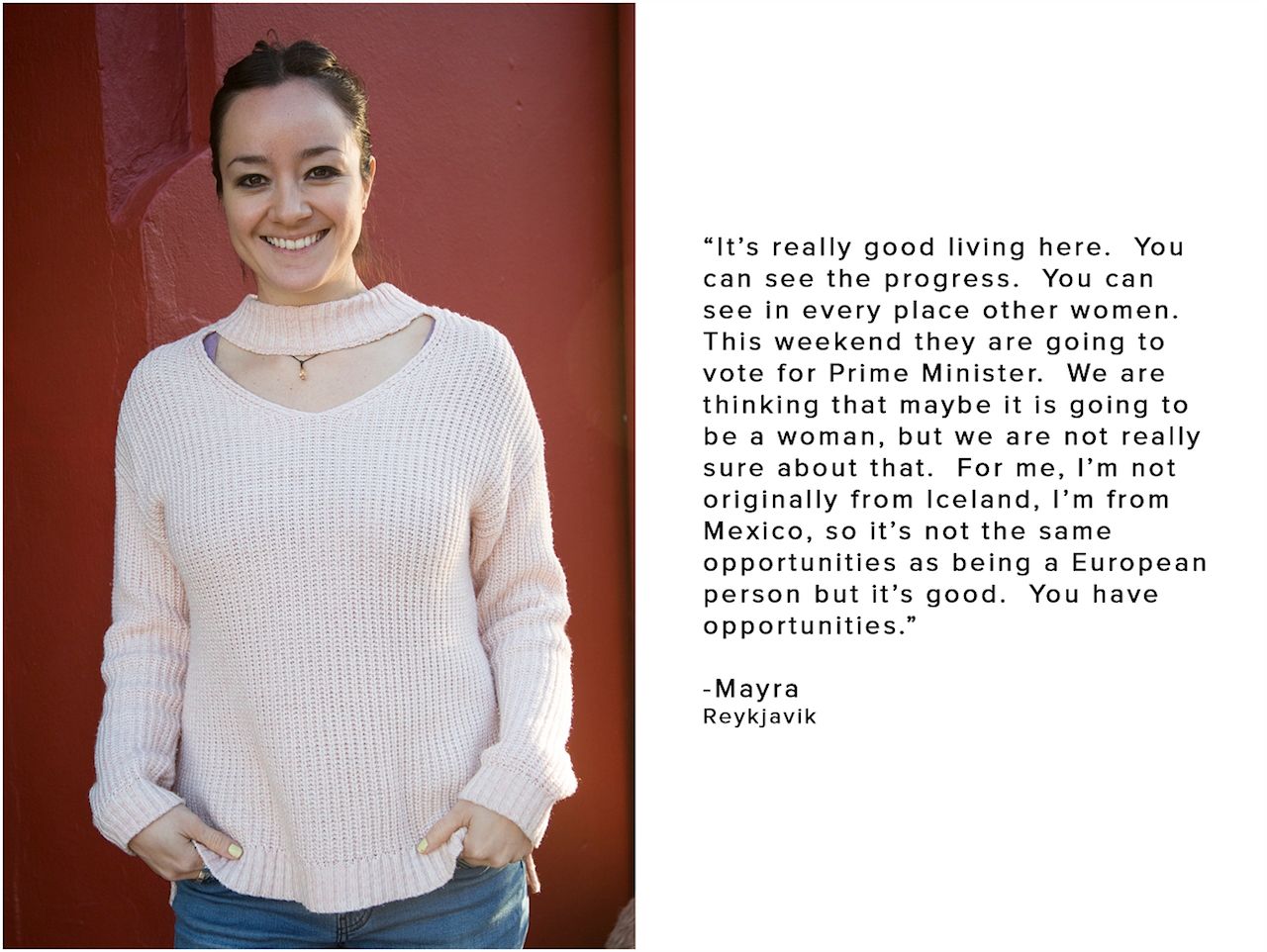 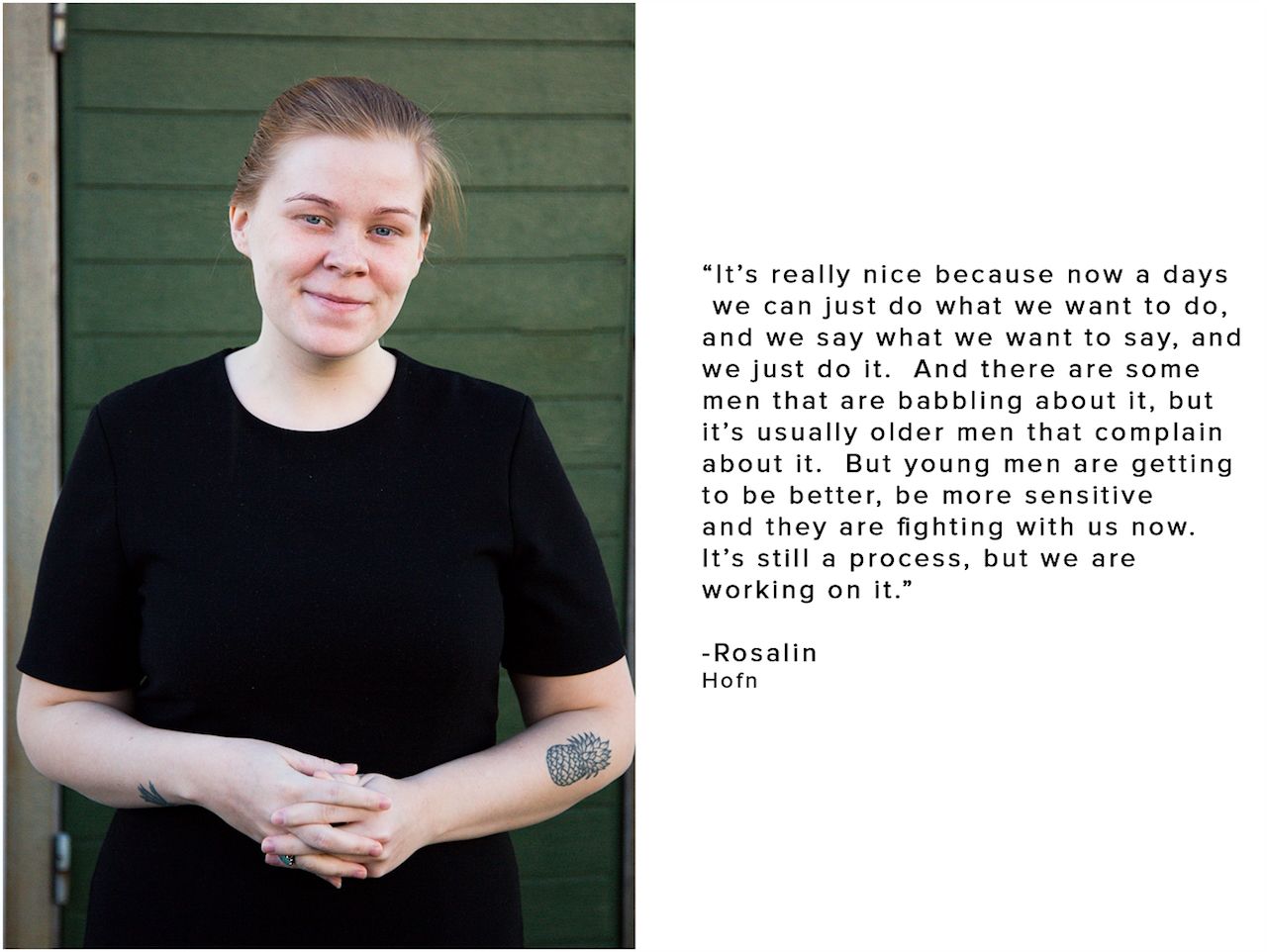 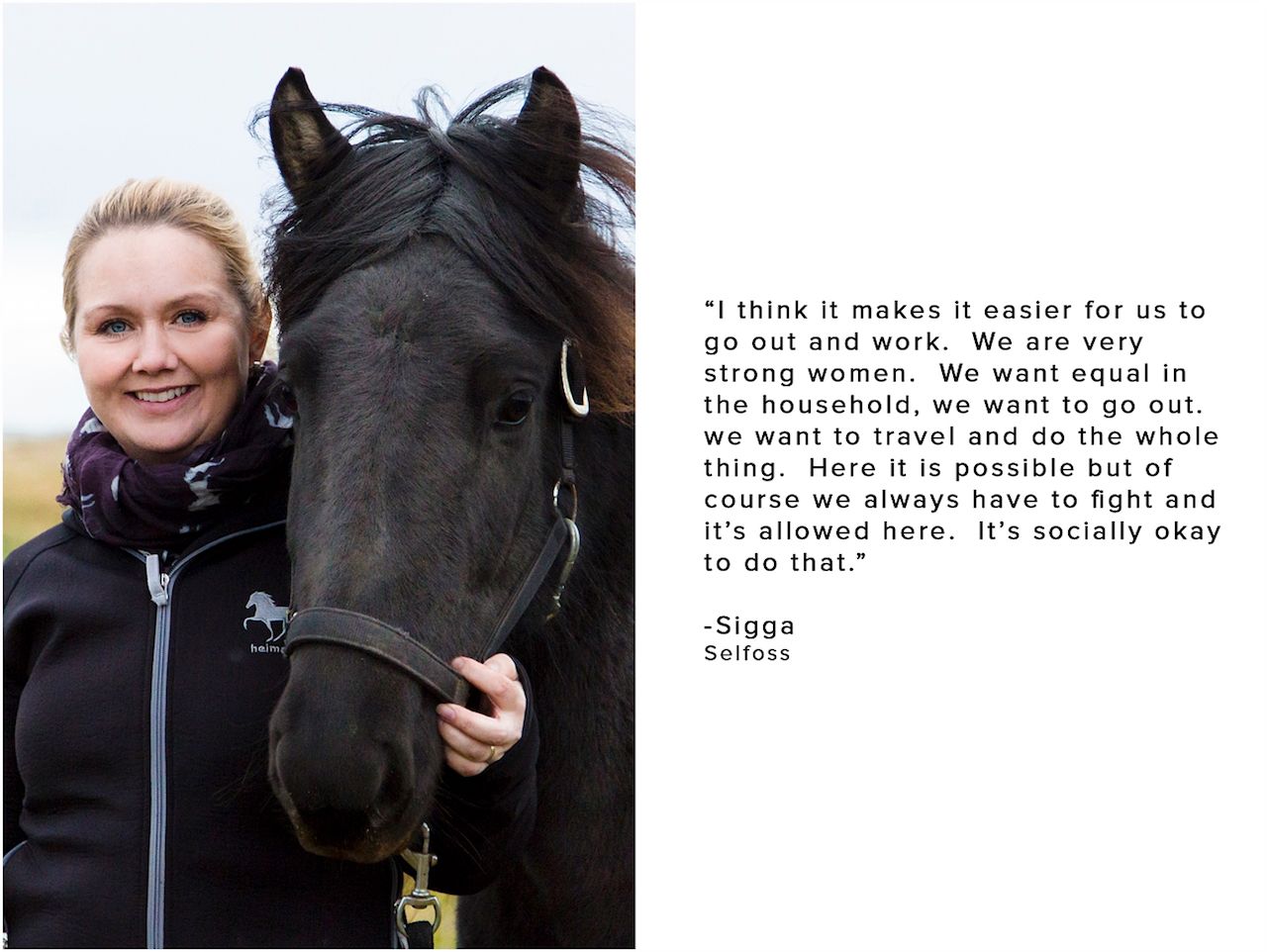 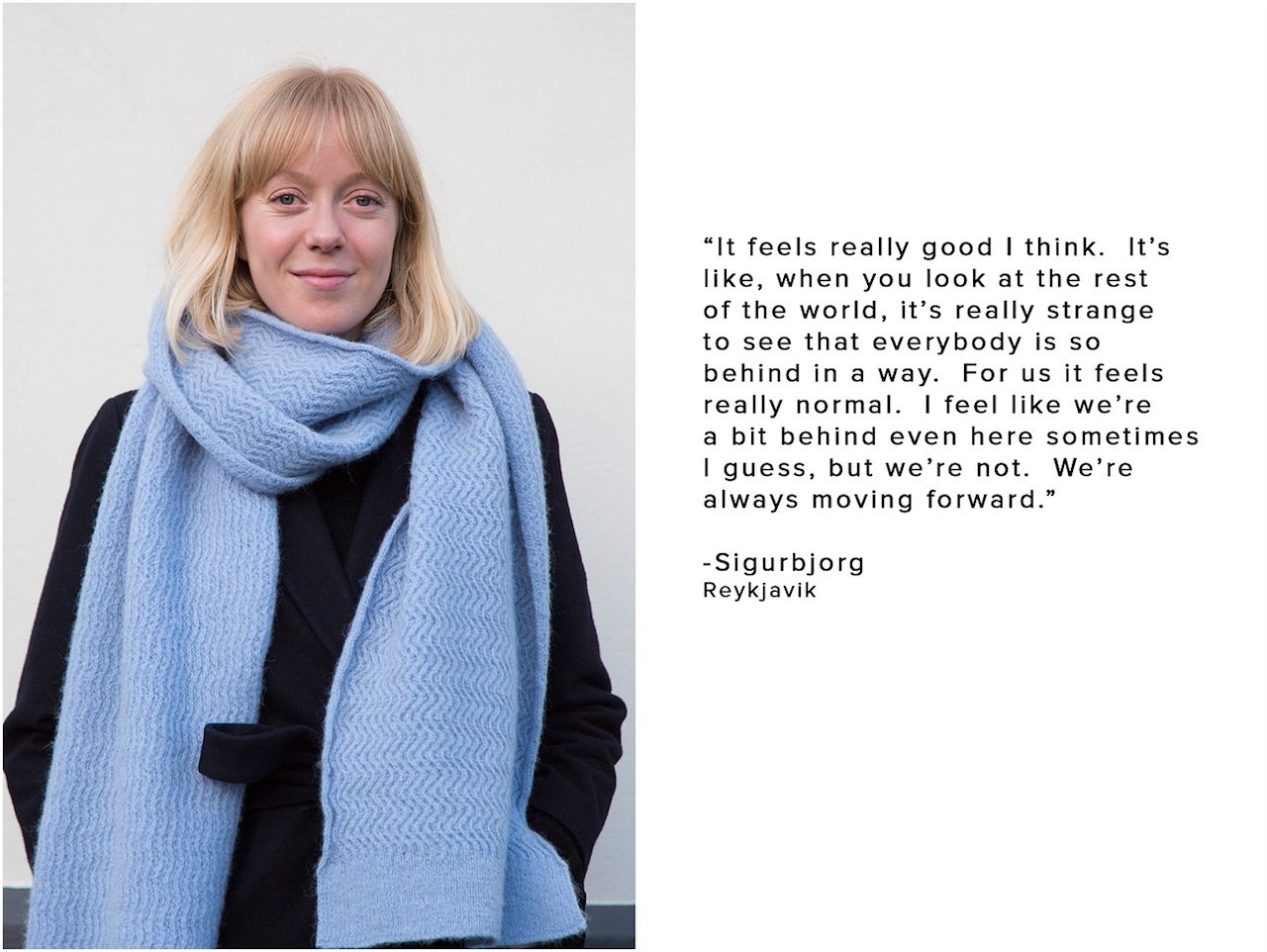 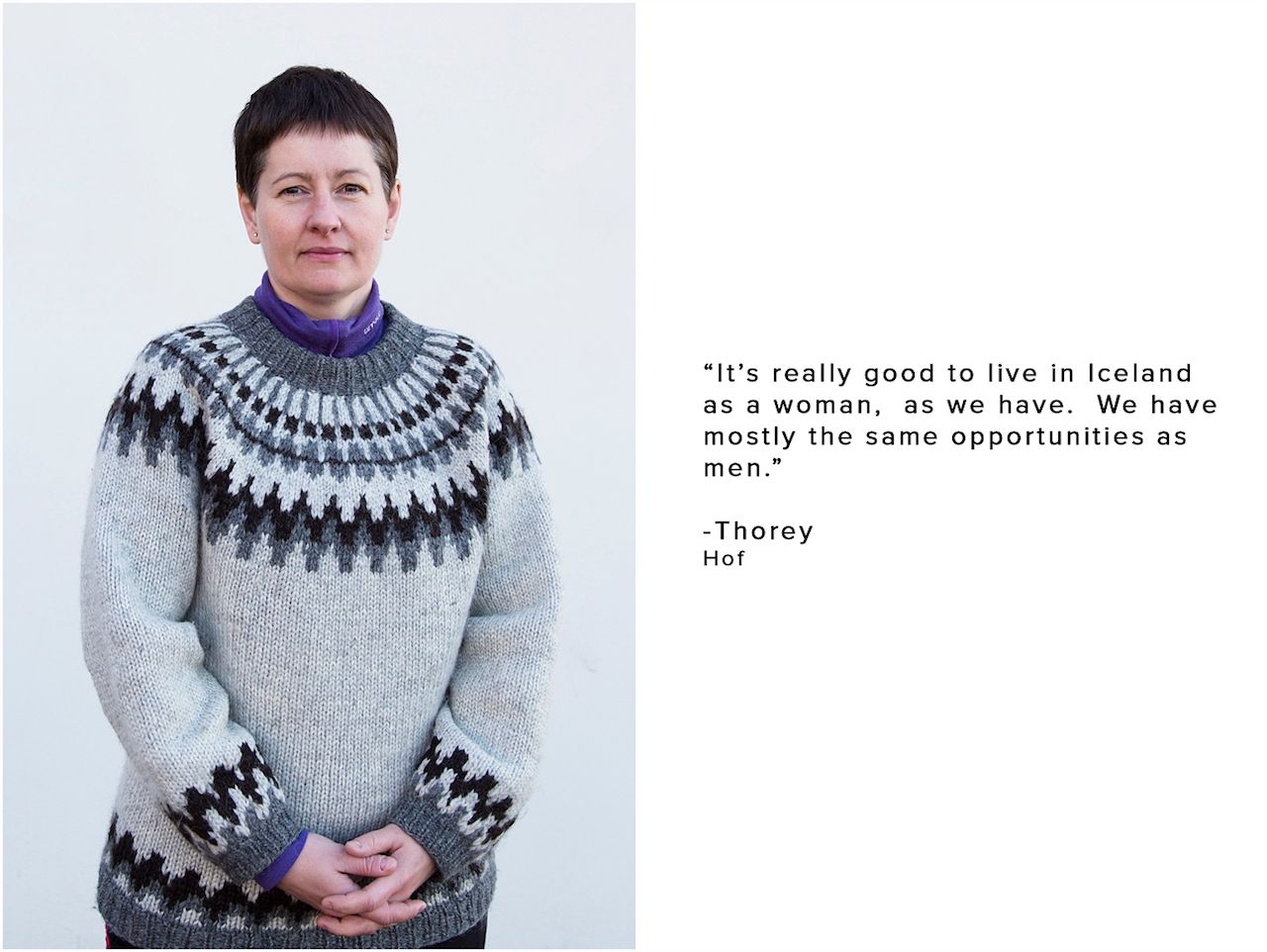 TravelThe World’s Best Countries for Women in 2017
Tagged
Activism Iceland
What did you think of this story?
Meh
Good
Awesome