When we think of classic Italian food, our minds immediately jump to the three P’s; pizza, pasta, and prosciutto. However, Sardinia — one of the country’s most mountainous regions that are surrounded by some of the most idyllic beaches on the planet — breaks the mold with a beloved dish that might make you rethink stereotypes about how Italian cuisine should look (and taste).

Sardinia is known for its pristine beaches and turquoise waters that attract summer vacationers from all over the world. The island is also home to thousands of ancient ruins from the Bronze Age Nuragic Civilization that still intrigue archaeologists today. Sardinia cuisine is just as storied, and includes such treasures as torrone (an almond nougat dessert), and su porceddu (roast suckling pig). However, among locals, one of Sardinia’s most treasured dishes — and one often overlooked by tourists — is zuppa gallurese.

What is zuppa gallurese?

Zuppa gallurese has been a predominant part of family meals for years. In fact, it’s the dish of choice at traditional wedding receptions on the island. Its origin is Gallura, in the northeast of Sardinia, along the Emerald Coast. In the Sardinian dialect, it’s known as zuppa cuata, which translates literally to hidden soup. The root of the name might also be the term “inzuppare,” which means “to soak” by some accounts. Once considered peasant food, this dish has transformed into a staple comfort food in most Sardinian households.

The name zuppa would lead anyone already intimately familiar with the dish to assume that the dish in question is a soup. It’s actually closer to lasagna or a bread pudding. Made with layers of stale bread that’s soaked in aromatic broth infused with herbs like parsley alongside two cheeses: melted casizolu (a cheese produced exclusively from Sardinian cows) and pecorino (Sardinia is currently the largest producer of pecorino in Italy). Another variation of this dish is prepared using spianata, a once-leavened rosemary, and olive oil flatbread similar to focaccia that’s popular in Sardinia.

Where to try zuppa gallurese in Sardinia 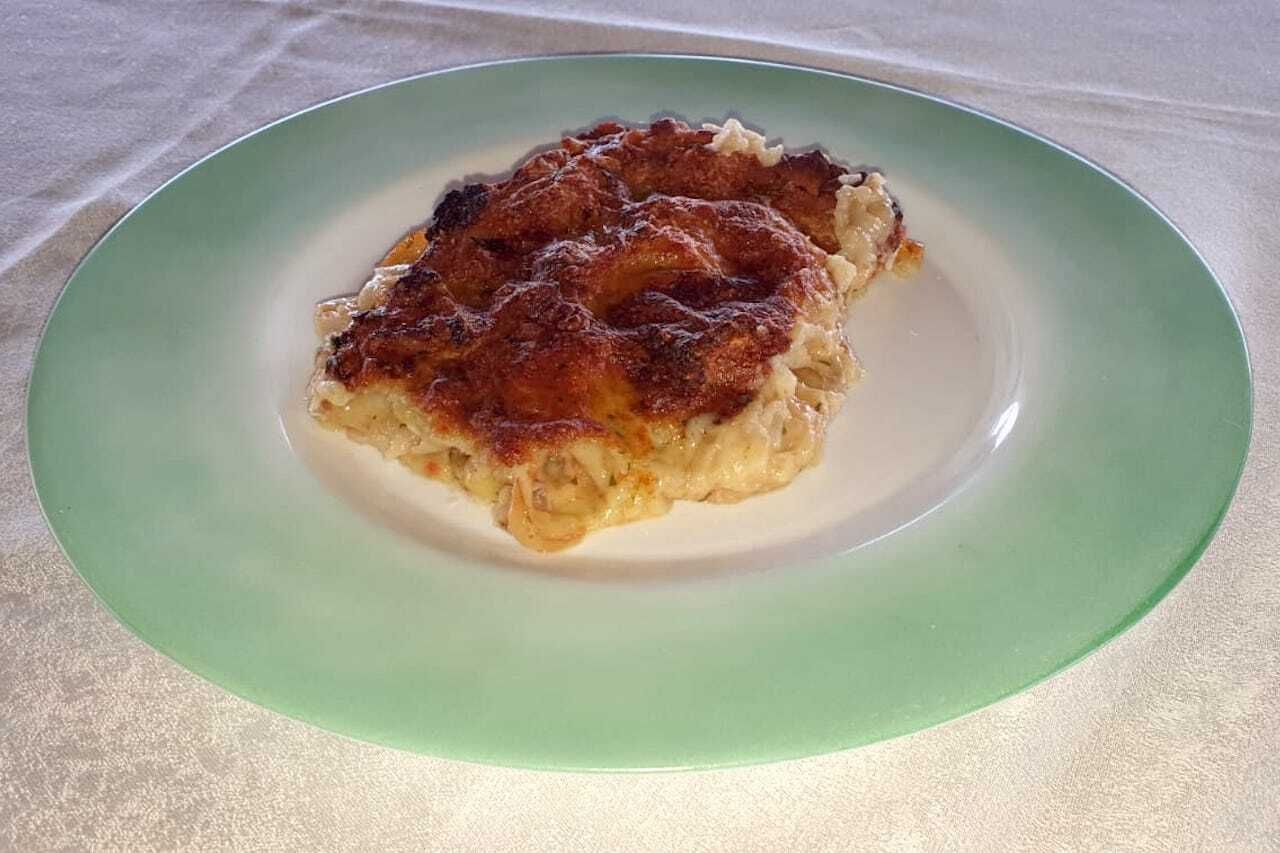 Although zuppa gallurese is often a home-cooked comfort food, it can also be found in many restaurants on the island. This means that tourists, too, can enjoy this beloved Sardinian dish.

Locanda Rudalza Ristorante: Situated in Olbia, this restaurant claims its “synonymous with tradition, nature and good food.” In addition to zuppa gallurese, the restaurant also proudly offers a Meditarrian spiced suckling pig that is widely considered the island’s other signature dish.

Pappa e Ciccia: A small, family-owned restaurant at the tip of Sardinia, Pappa e Ciccia is best known for its welcoming atmosphere, friendly staff, and its signature zuppa gallurese.

Ristorante da Thomas: This menu is dedicated to classic Italian and Sardinian foods, and offers a lovely outdoor veranda for warmer days. The menu is well known for its seafood dishes and zuppa cuata.

CuCumiao: Located in the region of Palau, which known for its spectacular views of the ocean and nearby beaches, CuCumiao is situated in an ideal location with a beautiful outdoor patio overlooking the Italian countryside. The menu is filled with dishes for almost any taste.

Il Mattacchione: The zuppa gallurese dish at Il Mattacchione is made with ham broth, and is considered a staple dish at this restaurant. The restaurant is located in Olbia, a coastal city known for its medieval history and quaint streets.

La Gallurese: This restaurant is located in the heart of the Gallura. It offers a large menu, which includes traditional Sardinian pasta dishes and roast pork and boar. Popular among both tourists and locals, the open-air seating is another enticing aspect of this spot.

Suara Longa: This restaurant offers both an extensive meat and seafood menu, which includes offerings like stewed boar and spicy octopus, along with zuppa gallurese. La Suara Longa is located in the region of Suaredda-Traversa, and guests seated outdoors will be treated to an enchanting view of the sea.

Where: Via Montenegro, 08020 Suaredda-traversa SS, Italy

Food + DrinkThe Most Iconic Dessert From Each of Italy’s 20 Regions
Tagged
Food + Drink Restaurants + Bars Italy
What did you think of this story?
Meh
Good
Awesome