There are almost eight billion people in the world (7.6 to be exact). Over half live in Asia, with more than 2 billion people in China and India alone. The map below, posted to Reddit by user AppleBiryani, divides the globe into ten sections, each containing 10% of the world’s population. 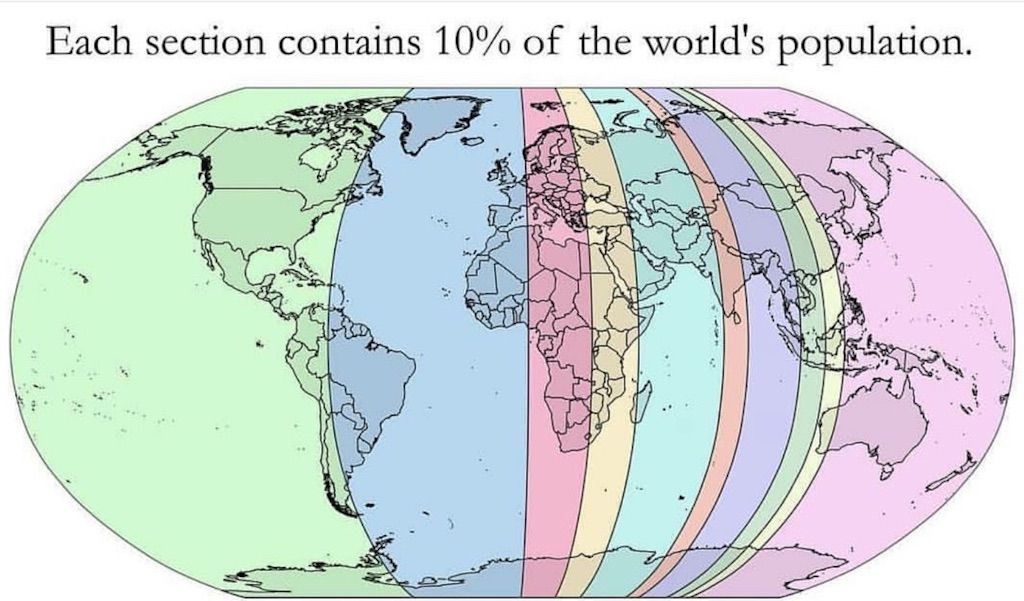 After looking at this map closely, here are some surprising facts we found:

Redditors took to the comments to propose a number of potential variations to this map. ”I’d be interested to see the horizontal compliment, since that would be tied closer to temperature,” said Redditor Fergy80.

Crucial_Contributor brought up a valid point, noting that, “Many of the worlds more sparsely populated places end up in the narrow stripes since population density is largely spread horizontally. Horizontal stripes would be interesting to see too.” A good point, since the vast majority of the world’s population lives above the equator.