The United States is no longer among the top ten most innovative nations, according to Bloomberg’s 2018 Innovation Index. This is the first time the US has been knocked out of the group of nations leading the world in innovation since Bloomberg’s rankings began six years ago.

The ranking system looks at seven equally-weighted national measurements, including patent activity and R&D investments, in order to find out how the world’s most innovative countries stand against each other. 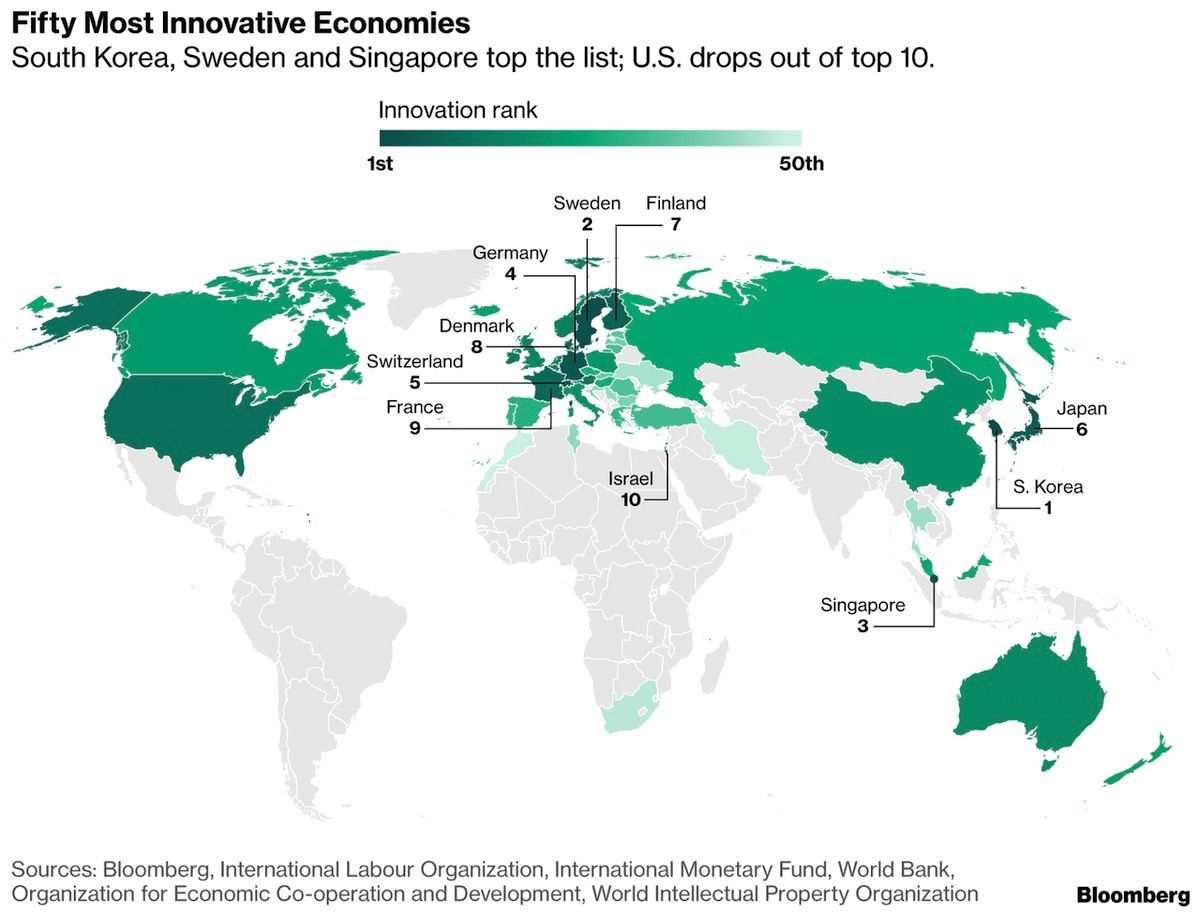 While the US productivity score went up in 2017, declines in the “value-added manufacturing” and science and engineering graduates in the labor force dragged the birthplace of the internet out of the top ten.

Meanwhile, the much smaller nations of Sweden, Singapore, and South Korea led the pack. South Korea has been ranked #1 five years in a row, an accomplishment that Bloomberg attributes to its suppliers of smartphones and other digital equipment. For more details and a list of the top 50 most innovative nations, I strongly recommend you check out Bloomberg’s breakdown.

Only one nation moved into the top ten this year: France, a fact that is difficult to separate from French President Emmanuel Macron’s promise to award million-dollar grants to US climate scientists if they move to France. That offer was made in the wake of the Trump Administration’s controversial decision to exit the Paris Climate Agreement last year. In a cheeky slight against the President of the US, the grants were named “Make Our Planet Great Again” grants.

ActivismWhen we talk about innovation, don’t think about Silicon Valley. Think about these places instead
Tagged
Maps + Infographics
What did you think of this story?
Meh
Good
Awesome

MAPPED: Everywhere to stop along the world’s longest train journey
I went on my first-ever cruise during Omicron. Here is how it went.
14 laws from other countries that the US should adopt
American Airlines tells Olivia Culpo to ‘put a blouse on’ before boarding her flight to Cabo
Every type of Japanese sex club and what you’ll find inside