Learning a new language isn’t easy, but English speakers can rejoice that some languages are much easier to learn than others. Visual Capitalist has mapped out how long it takes to learn different European and Mediterranean languages using information provided by the US Government’s Foreign Service Institute. The FSI assigns every language in the world one of five levels based on how long it takes an English speaker to learn it. Asia and the Middle East are home to most of the Level 5 languages, which will take you at least 88 weeks before reaching proficiency. 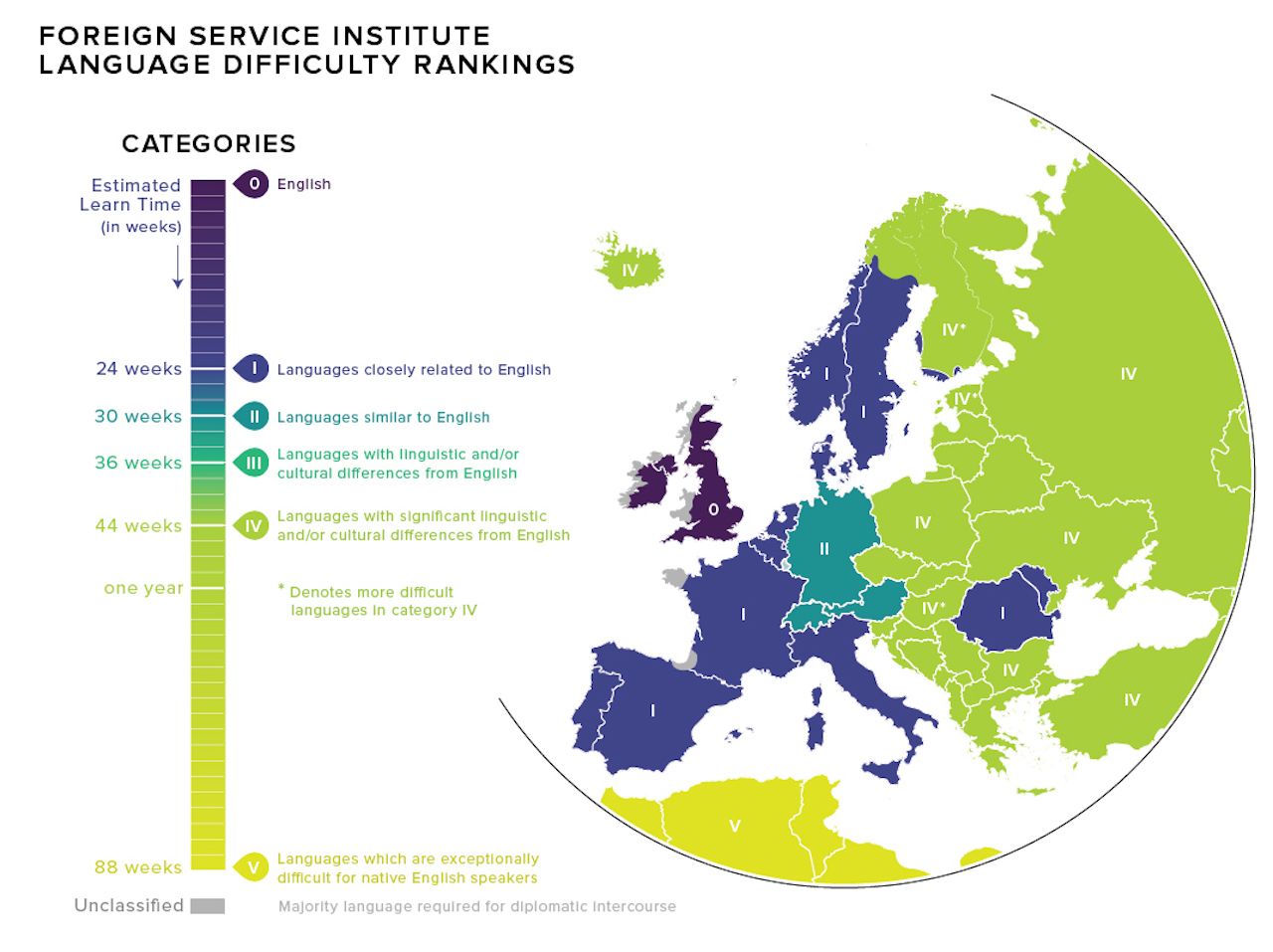 Some might be surprised to see Romanian as the lone Level 1 language in eastern Europe. This is because, unlike its Germanic neighbors to the West and Slavic neighbors to the North, the area of present-day Romania was occupied for an extended period of time by ancient Roman legions, who left behind a cousin to western Romance languages.

LanguagesThe 7 Hardest Languages To Learn for English Speakers
Tagged
Maps + Infographics
What did you think of this story?
Meh
Good
Awesome

Can You Guess What These Funny British Slang Phrases Mean?
39 of the Most Breathtaking Natural Wonders in the World
This Scenic and Quiet Hippy Surf Town Is the Perfect Getaway From San Francisco
14 Laws From Other Countries That the US Should Adopt
Travelers Are Sharing the Worst Tourist Traps They’ve Experienced Around the World