The United States will withhold a whopping $65 million USD of federal aid from the UN agency supporting Palestinian refugees. This is a little more than half of what was expected for 2018. But how does that figure compare to what the federal government sends to Israel, or any of the dozens of nations that receive money from USAID? And what does this money go towards?

A map published by HowMuch.net reveals that the nations that received the most USAID funding in 2016 are in the Middle East, with Afghanistan and Iraq receiving $5.1 and $5.3 billion USD, respectively. These countries used the aid primarily for “conflict, peace, and security” purposes, but other countries put their USAID towards other problems like reproductive health, governance, and agriculture. 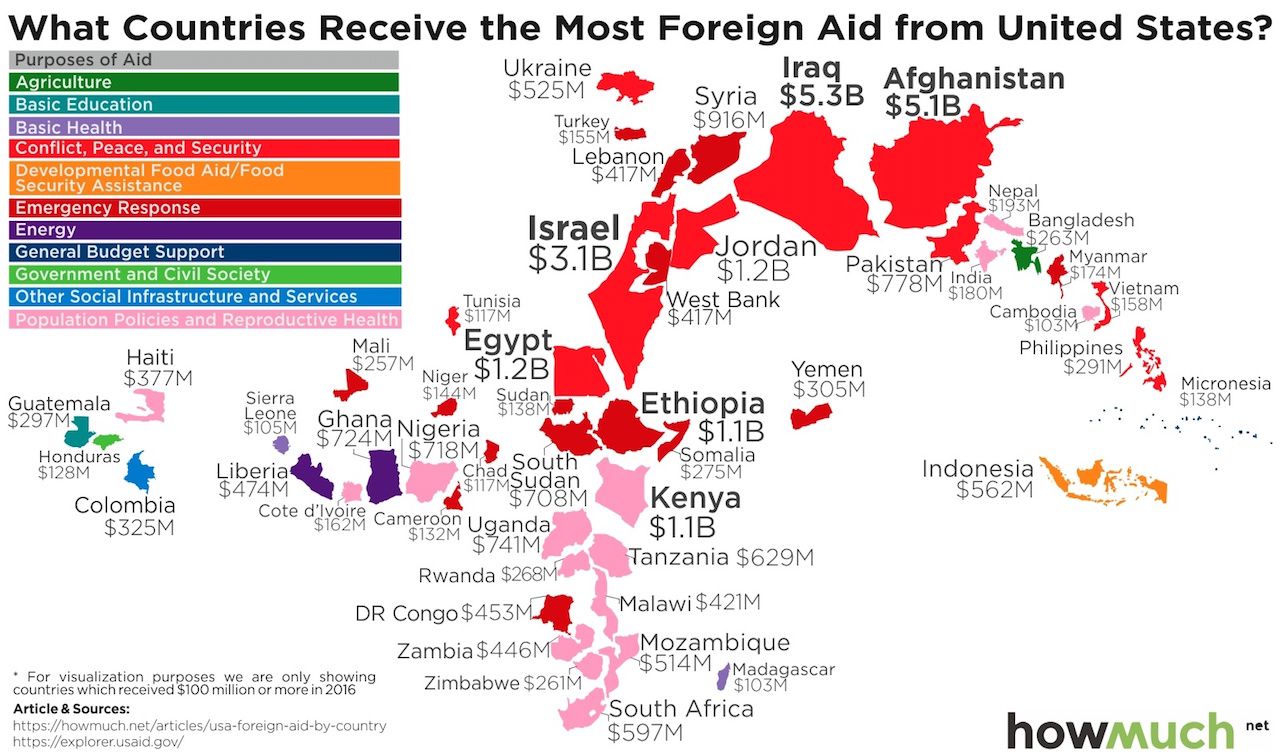 The UN Relief and Works Agency Commissioner-General Pierre Krähenbühl said that the drastic cut announced by the Trump administration would be the biggest fiscal crisis in the agency’s history.

“At stake is the dignity and human security of millions of Palestine refugees, in need of emergency food assistance and other support in Jordan, Lebanon, Syria, and the West Bank and Gaza Strip”, he said, adding that “the access of refugees to primary health care, including pre-natal care and other life-saving services” was also at risk.

WellnessUS Aid Has Hurt Haiti More Than It’s Helped
Tagged
Maps + Infographics
What did you think of this story?
Meh
Good
Awesome