Global freedom has declined for the 12th year in a row according to a report from US watchdog Freedom House. The NGO’s report ranks the world’s nations on a scale from 1-100 based on items like press freedoms, minority rights, electoral processes, and civil liberties. The annual report, which started in 1973, categorizes each nation “free,” “partly free,” or “not free” based on how close their score is to 100. The report stated that out of the 195 nations surveyed in 2017, 71 witnessed declines in “political rights and civil liberties, with only 35 registering gains.”

Perhaps the most troubling find was that the United States, long described as a bulwark for global democracy, saw its ranking drop three points from 89/100 to 86/100. The authors note the President’s verbal attacks on the press, the appointment of his children to important positions in the administration, and his criticisms of the judiciary system for blocking his decisions as a threat to the democratic standards of the nation. You can read more of the report’s findings here. 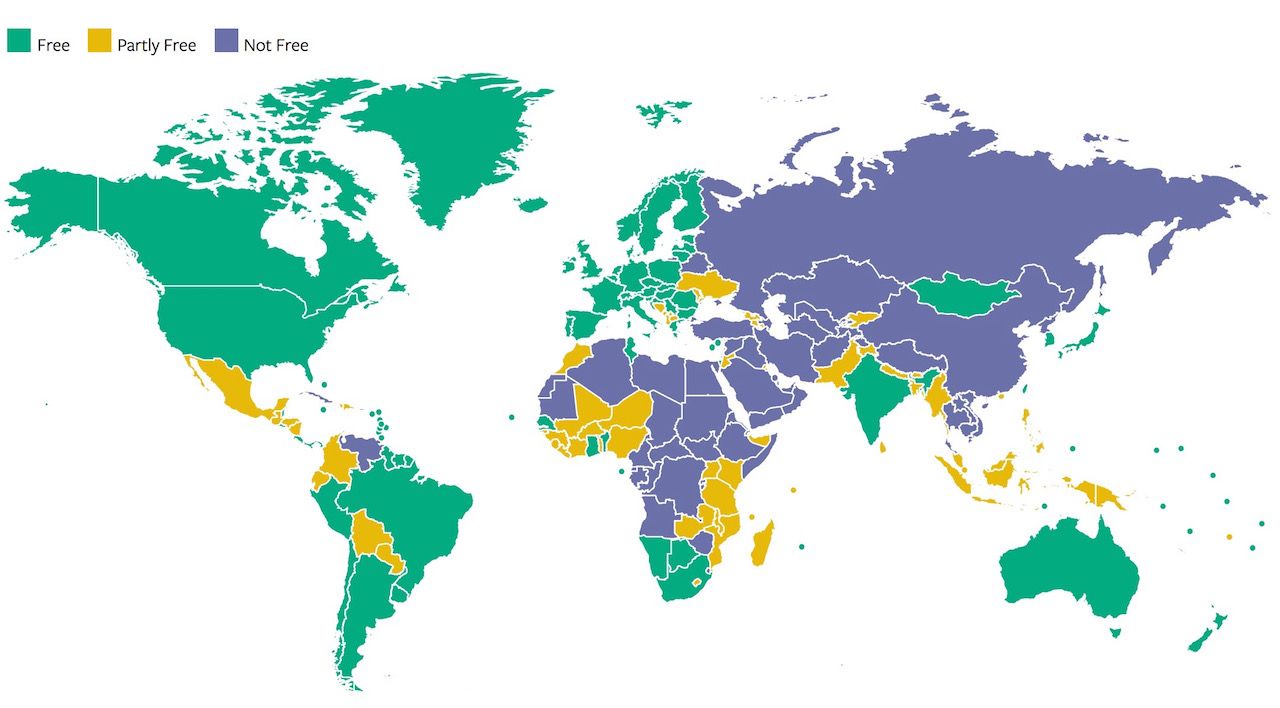 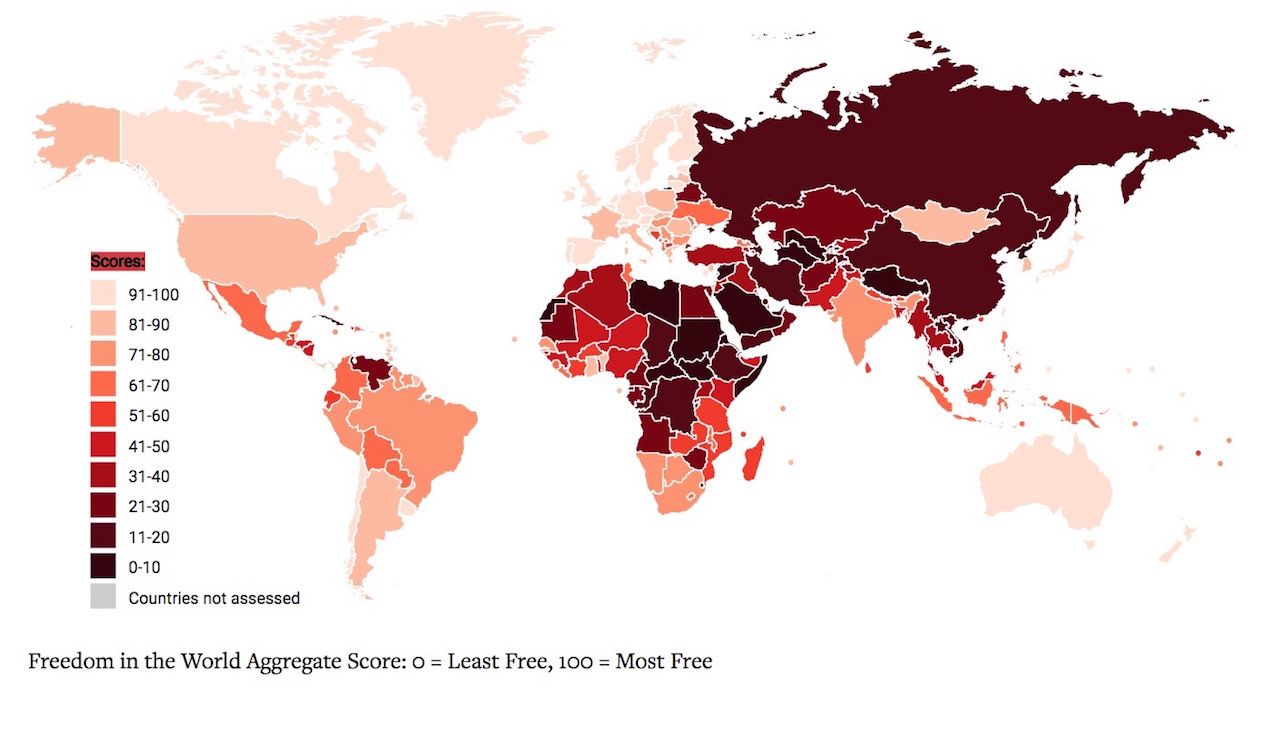 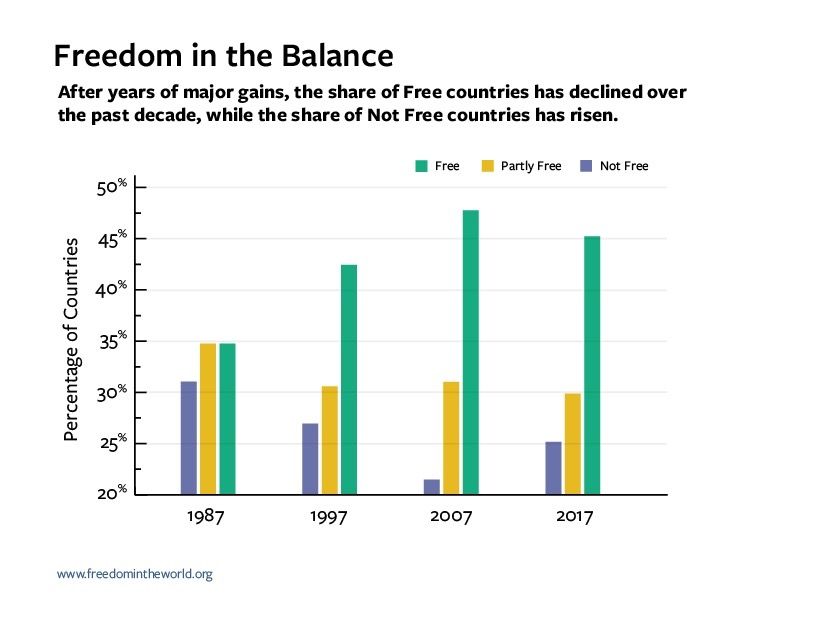 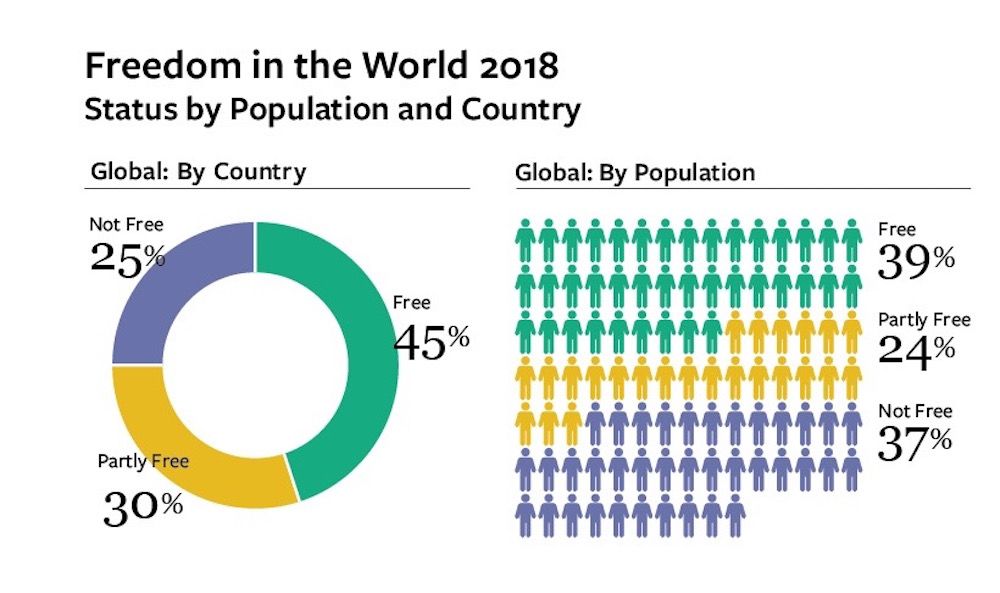 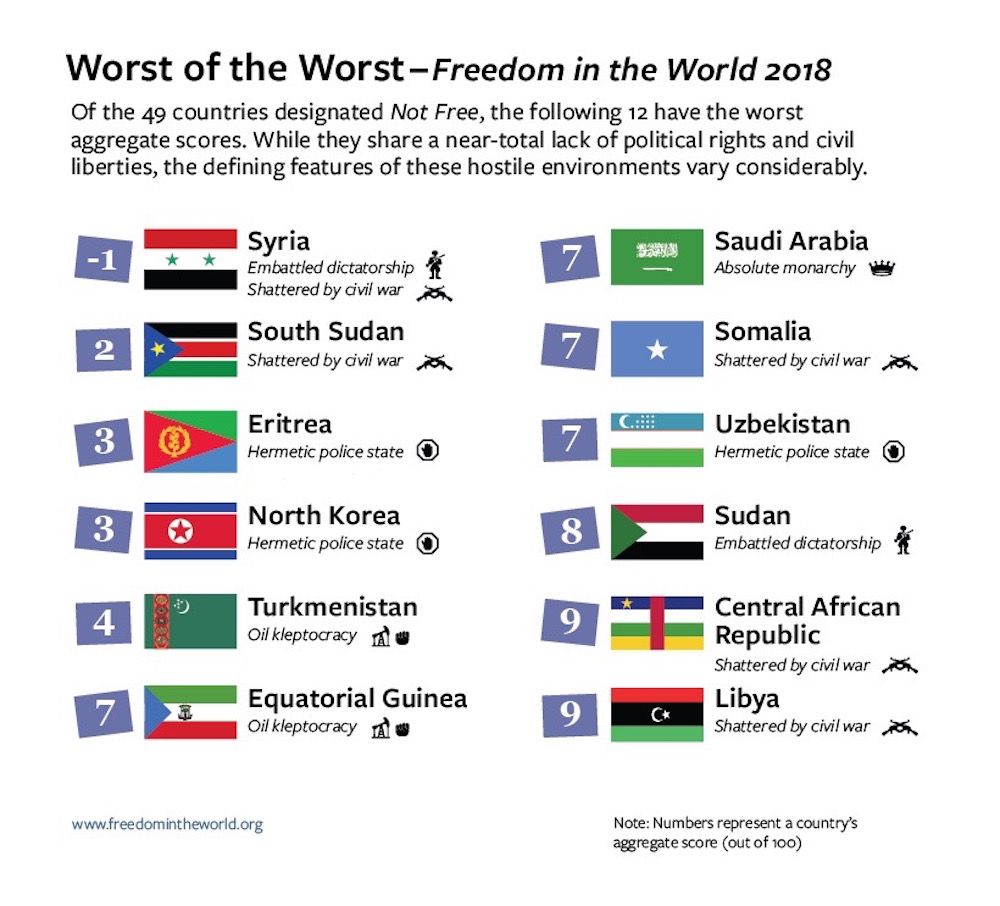 ActivismMuslim in Trump’s America
Tagged
Maps + Infographics
What did you think of this story?
Meh
Good
Awesome

Can You Guess What These Funny British Slang Phrases Mean?
39 of the Most Breathtaking Natural Wonders in the World
This Scenic and Quiet Hippy Surf Town Is the Perfect Getaway From San Francisco
14 Laws From Other Countries That the US Should Adopt
Travelers Are Sharing the Worst Tourist Traps They’ve Experienced Around the World