I AM AN IMMIGRANT — a brown-skinned, Muslim, South Asian woman, a minority, a U.S. citizen. But I am an outsider. I have spent a large part of my life feeling this way. I was born in Pakistan to Bangladeshi parents.

When I was four, my father was transferred to Delhi for work. I grew up in India, and my family relocated to Bangladesh when my father retired. I was 18 and angry with my parents — I didn’t want to leave the country I called home. Now, I proudly say I’m Bangladeshi but have never felt I belonged in my country; I visit because my mother lives in Dhaka. And though I’ve been in the U.S. for 25 years, I don’t feel American.

I am accustomed to feeling like an outsider, but in the current political climate, I am more afraid here than I’ve ever been.

I mostly enjoy the life I’ve made with my family in a “progressive” [read mostly white] college town in Western Massachusetts. But even here I feel like an outcast. I connect with individual friends over common interests but I do not have a strong sense of community. The feeling that I am outside looking in is constant.

When my husband and I moved here from New York City six years ago (with our then nine-month-old), I frequently was left out of the mostly white mommy circles that dominate kid activity planning here. I would hear of playdates to which my daughter and I were not invited. Or I would have a perfectly lovely conversation with someone at a party, then have the person act like we’d barely met somewhere else.

My daughter gets this treatment, too. I have watched little light-skinned girls turn their backs on my dark-skinned daughter in the sandbox. Probably not their fault: children are sponges, behaviors are learned. I wasn’t included in conversations with their mothers. This is my reality. My Irish-American husband gives us “credibility” in Caucasian circles. That makes me angry. Despite their politics, many (mostly white) progressives in this town talk about inclusion but don’t practice it.

My daughter is a lovely shade of cocoa brown, often darker than her African American friends. She wishes she had lighter skin, no matter how often we tell her she is beautiful. This is not parental bias — she is a beautiful, dark-skinned, brave, determined Bangladeshi-American. Our town is the only home she knows. She was born in a low-income neighborhood in Dhaka, lived on the streets for two months with her birth mother, and has been with us since she was four months old. In those early days here in progressive college town USA, when she and my husband went to the grocery store, he’d often have people ask: “Where did you get her?” 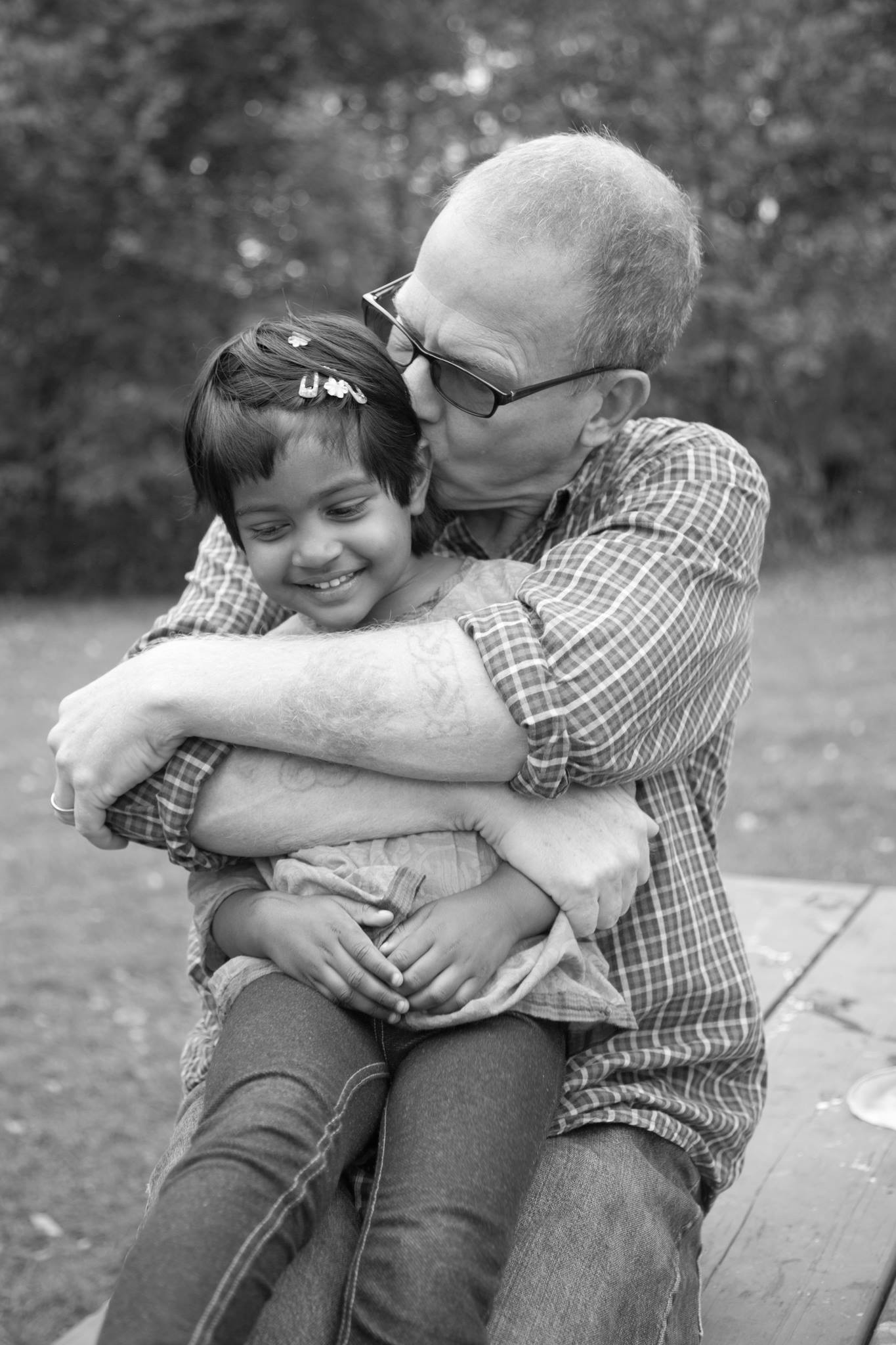 When my daughter was still a baby and we were new to progressive college town, I joined a women’s group that does amazing work. I survived my first year of parenthood and relocation because of the support I got from the women in the group.

I wanted to give back, and proposed training to run a group for South Asian women. Many South Asian women in the area face community-based challenges constantly: troubles with in-laws living with them, struggles with an unfamiliar language and culture, frustrations with acquaintances not understanding their traditions.

I had navigated some similar issues in the U.S. Granted, I come from a more liberal background, but cultural issues are common. Straddling two worlds, I was the perfect person to support these women, understand and give them space, and reassure them: “Yes, your problems are normal and valid, and time can help — or we, as a community of South Asian women, can help one another.”

At the time, my husband and I were unemployed; we had savings but no paychecks. I knew from some friends that the organization offered scholarships to train women, but they refused my request for one. I assumed that with all its “understanding” of women’s needs, the group did not think my proposal was important enough. Not long after, they asked to feature my daughter in a Mother’s Day video, because she was “photogenic, beautiful.” The unspoken request: diversity. I refused. I should have called them out for trying to use my child as a token, but I suspect they wouldn’t have taken my point. Instead, I decided to walk away.

I should have spoken up. I tried to let it go. Then a week after Trump was elected, I noticed one of the former co-founders of the group had posted on social media about “standing in solidarity with our sisters in hijab.” I could have created a safe space for “our sisters in hijab” four years ago! Who are these people who can’t see beyond their self-importance? 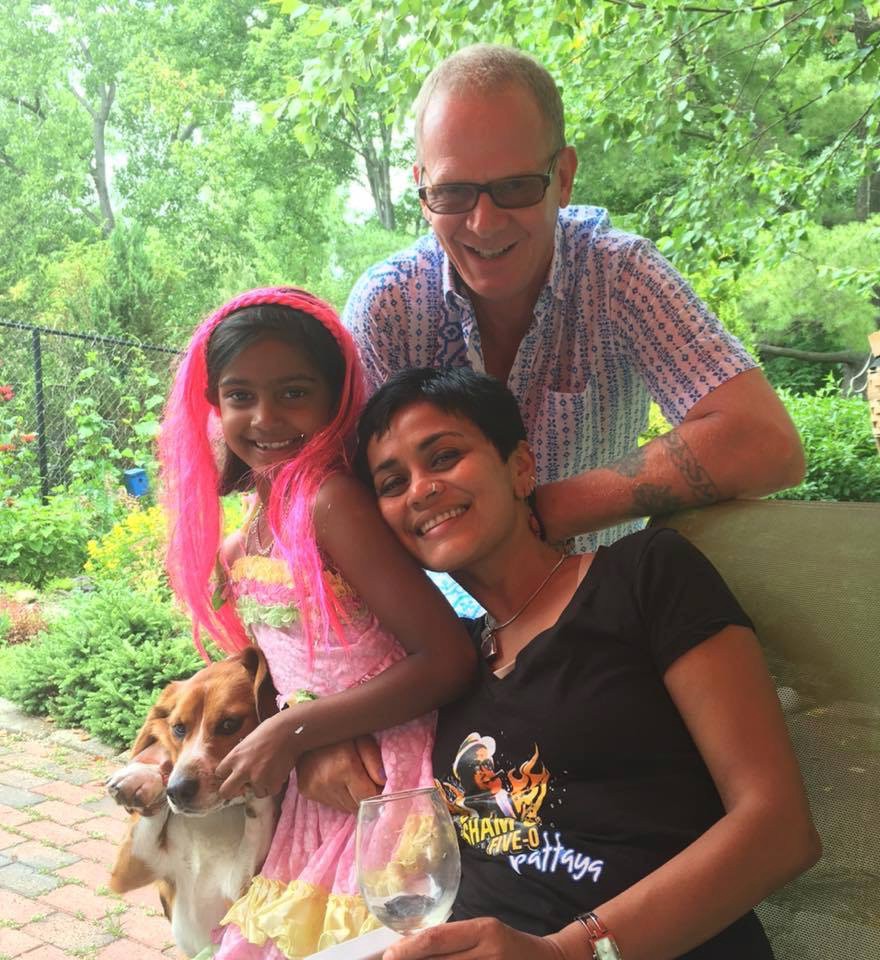 I think about the last six years. How often, even when “included,” I have not felt embraced. I am even more afraid now than I was post 9/11. I was in New York City when the planes hit the towers, I smelled burning bodies for days and watched my city and the world change. I had a woman wag an American flag in my face in my neighborhood. I was stopped in airport security lines and frisked, my bags opened and searched. I spent a few hours in a detention room at JFK on a trip back from Dhaka — I will never forget the elderly South Asian lady in a sari, lying on a bench to which one of her ankles was chained. She could have been my mother.

I stand out for my brown skin, my Muslim name. In the passport line I stand out for my birthplace. But I embrace who I am. I am not religious, but I proudly say I am Muslim, my daughter is Muslim. My husband is proud to say he’s married to a Bangladeshi Muslim woman.

I worry about my daughter, who struggles with her darkness, who often feels left out in a sea of white and light- and medium-brown kids. As she navigates school in Trump’s America, will she equate her dark brown skin with ostracism? Will unkind children make fun of her because of her color and name? How do I support her when I struggle every day with my own sense of self-worth?

How do those of us who fear the next four years — will there be a Muslim registry to complement the travel ban on people from majority-Muslim nations? Deportations? — make our children feel safe, help them navigate this world? We need to build an inclusive community for our children and ourselves. We need to enable our kids to proudly proclaim their ethnicities and stand up for tolerance, equality, respect! It’s time to speak up! As Gandhi said: “Be the change that you want to see in the world.”

This story originally appeared on EmbraceRace and is republished here with permission. EmbraceRace is a multiracial community of people supporting each other to help nurture kids who are thoughtful and informed about race. Join us here!