Now that the Philadelphia Eagles won their very first Super Bowl, it is safe to say that the streets of Philly are about to get wild. Like, “the city needs to grease up its lampposts to keep people from climbing them.” But which counties beyond the banks of the Delaware River have the sudden urge to scream-sing “Fly Eagles Fly”? As it turns out, not very many outside of southern New Jersey and eastern Pennsylvania.

This is based off a 2014 map put together by Facebook’s Data Team that showed which team was the most “liked” in each US county. While a lot has changed since then (Los Angeles has two of its teams back!), there are still a few basic truths in the NFL fan map of the United States. The Cowboys and the Broncos dominate the Heartland, the Pats rule New England, and Jets fans are few and far between. 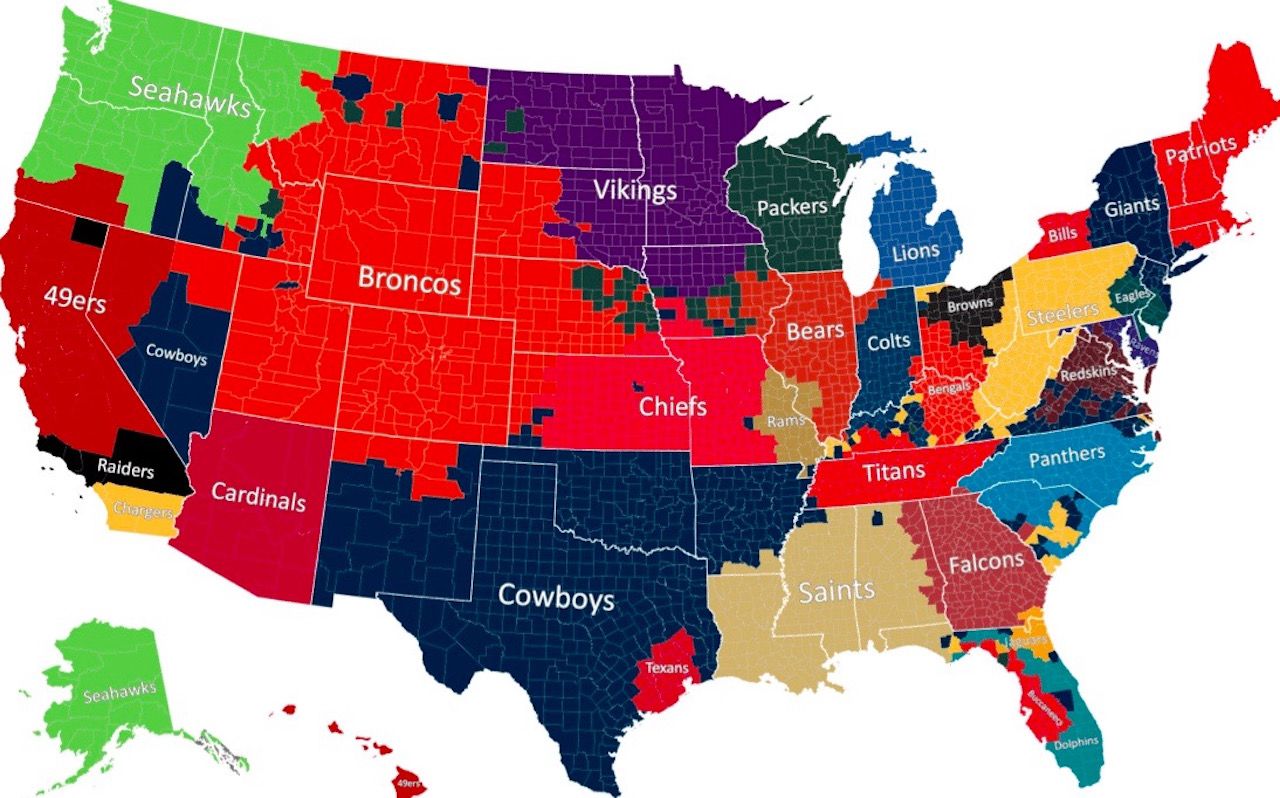 How the Super Bowl impacts America the day it happens
Tagged
Maps + Infographics United States
What did you think of this story?
Meh
Good
Awesome