THE NATIONAL languages currently used in Europe have diverse writing systems (five to be exact), but most countries use the Latin alphabet, especially in the West. As you go eastward on the European continent, notice how the writing systems diversify and leave the Latin script behind in favor of the Cyrillic, Greek, Armenian, and Georgian alphabets.

Some countries use a combination of two scripts. Serbia, for example, uses both the Latin and Cyrillic script for the same language and most speakers of Serbian can read and write both alphabet.

Although some may argue that Moldova uses both the Latin and Cyrillic alphabets, it appears that this is only the case in Transnistria, the very east of the country where Moldova borders Ukraine.

What writing system do you use in your daily life? Does it appear on this map? Let us know in the comment section. 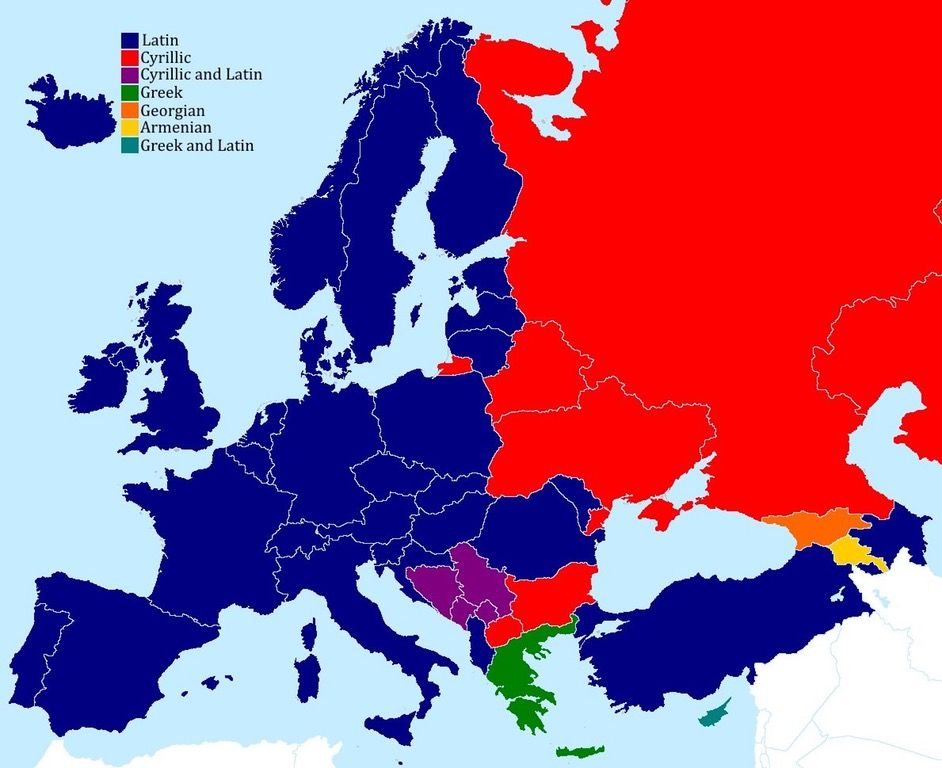