Rwanda allocates nearly 40 percent of its land to conservation activities, and its conservation revenue-share program is the most generous in Africa. The country is a conservation leader and inspiration not only on the African continent, but around the world. And the country’s approach to travelers is one big reason why this level of ecosystem protection is possible.

Gorilla tourism is core to Rwanda’s conservation success. It’s one of the few places on the planet to see mountain gorillas in the wild. According to Visit Rwanda, more than 17,000 individuals visited the gorillas of Volcanoes National Park in 2019, and the revenue for gorilla tourism alone brought in $107 million. Most of that income came from international gorilla trekking permits, which cost $1,500 per person for a single hour with the gorillas. Ten percent of the revenue from gorilla permits goes directly to local communities to build infrastructure like schools and roads, and another 5 percent of permit revenue is set aside to compensate locals whose crops are damaged by wildlife. 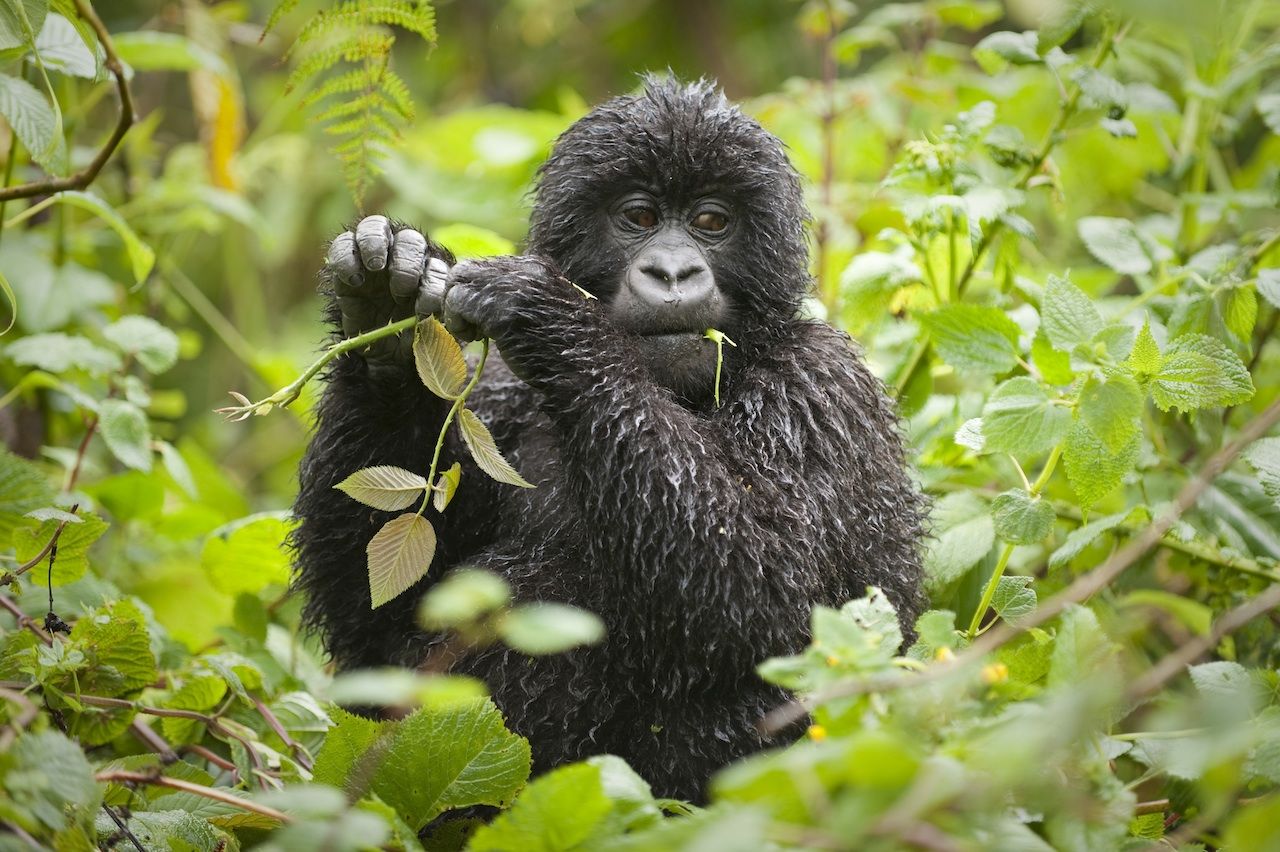 The area around Volcanoes National Park is home to a range of exclusive lodges, including One and Only Gorilla’s Nest, Singita’s Kwitonda Lodge, and the Wilderness Safaris Bisate Lodge. The African Wildlife Foundation (AWF) established the Sabyinyo Silverback Lodge, an eco-tourism enterprise that facilitates local ownership, and the AWF has contributed more than $400 million to the national economy since it opened.

“Primate habitat on the African continent is limited and under constant threat from humans who work to clear cut forests,” says Karen Zulauf of Deeper Africa, a tour company that offers sustainable travel to Rwanda and across Africa. “The Rwandan government has stepped up to support primate conservation and tourism in a big way within the last ten years. The Rwanda primate travel experience has a lot of depth to it.”

Rwanda’s sustainability model isn’t just about gorillas; the country offers some of the most spectacular eco-lodges and resorts in East Africa. Akagera National Park is home to the big five thanks to African Parks, which operates Ruzizi Tented Lodge in the south of the park, and Magashi Camp by Wilderness Safaris in the north. Nyungwe is the oldest protected mountain rainforest in Central Africa. Travelers seeking luxury can stay on the edge of the park at the One and Only Nyungwe House. 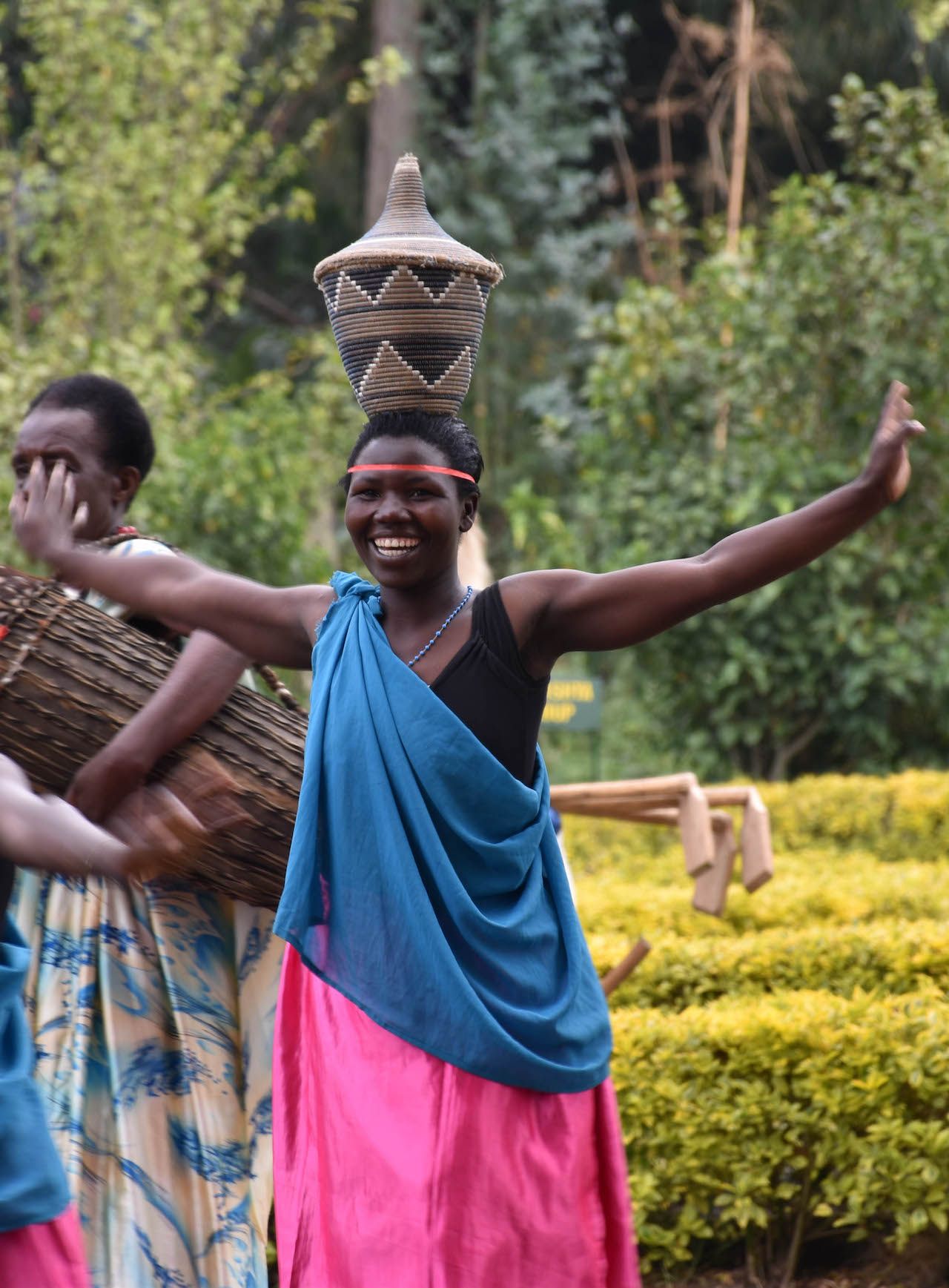 Add to that a decade-old plastic bag ban and monthly community cleanups, and it’s clear that the people of Rwanda are truly dedicated to sustainability.

“They are embarking on a massive campaign to restore native wildlife populations across the country, many of which are endemic, meaning they exist nowhere else on earth,” says panel member Charles Post. “Alpine parrots, penguins that nest in the rainforest, and curious songbirds that live amongst the mountain peaks are just a few of the fascinating animals that call New Zealand home, all of whom directly benefit from New Zealand’s energized approach to conservation. Moreover, they have enacted huge, widespread efforts to train and hire New Zealanders to work in the conservation space, and forge career paths and connection between the public and the restoration and preservation of their country’s nature.”

American Airlines tells Olivia Culpo to ‘put a blouse on’ before boarding her flight to Cabo
Every type of Japanese sex club and what you’ll find inside
I traveled to South Africa during Omicron. This is what it was like.
Diplo took to TikTok to expose what Tulum is really like these days
4 unique desert experiences near the Las Vegas Strip

It’s time to visit Kigali, Rwanda, one of Africa’s most influential cities

Unpacking the human narrative of Rwanda