It’s 11:58 PM on a Friday in London, and I’m standing a stone’s throw from the bright lights of Tower Bridge. But I’m not heading home after Friday-night drinks. My night’s just getting started. Along with 50 or so other runners, I’m in my running gear, warming up for the start of Midnight2Midnight, a 24-hour charity relay run around the streets of London accompanied by the urban running crew Midnight Runners.

We’re waiting for the clock to hit midnight. As soon as it does, we cross the start line, and the Midnight Runners guides start that lap’s playlist, an upbeat mix of club and techno music that blares out over their handheld speakers so every runner can hear it. We have the streets to ourselves at this hour, and the atmosphere among us has more in common with a busy nightclub than a serious fitness class.

It’s the ultimate midnight running experience — although with similar night-running events becoming popular, it’s got stiff competition. As more runners look for ways to expand beyond just logging “personal bests,” clubs and organizers are catering to runners’ desires to do more than just pound the pavement. 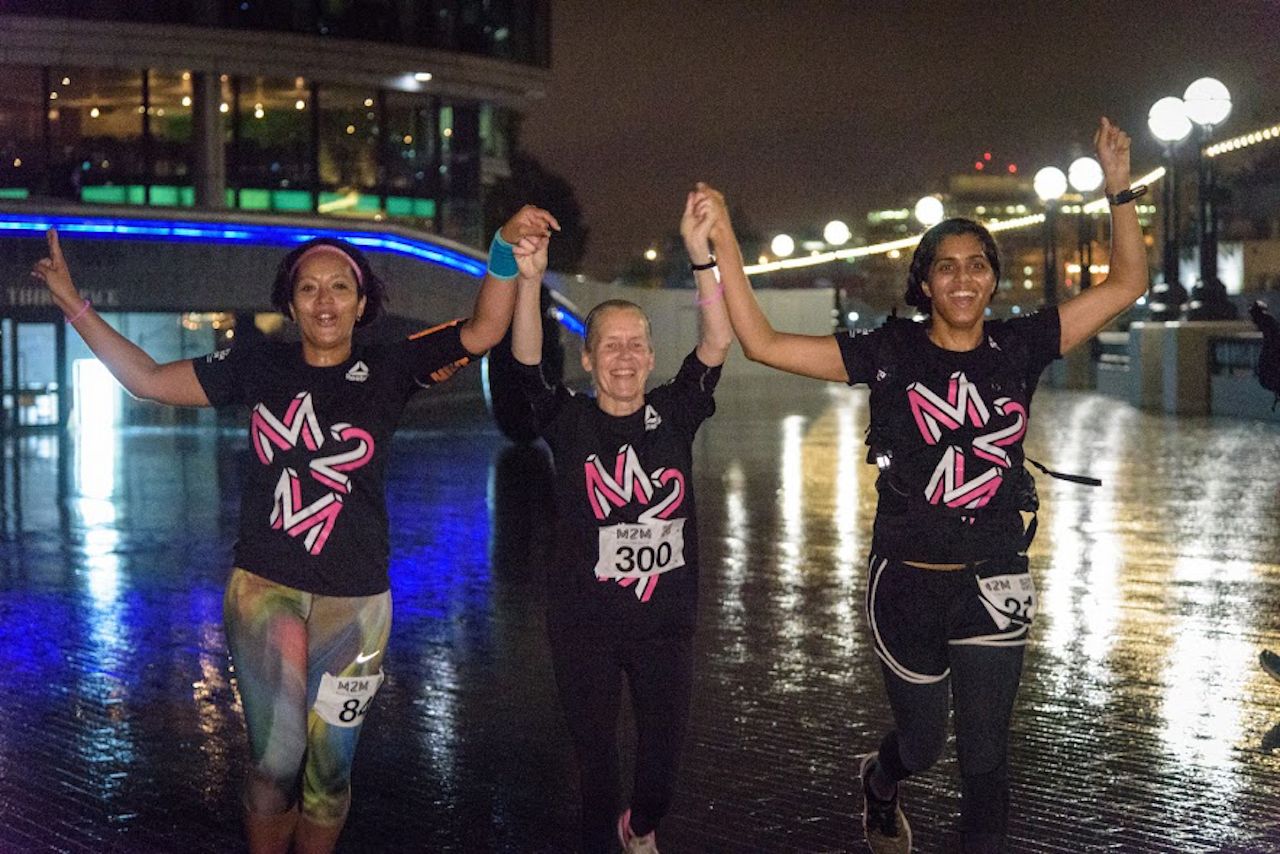 Bangkok will host a midnight marathon at the end of August. Around the same time, Calico Racing will host an ET Full Moon Run around Nevada’s mysterious Area 51 where, according to legend, UFOs are hidden. Runners can register for different distances, among them a full marathon.

The unique experience of midnight marathons attracts many runners, and it’s why more and more are popping up around the world. To find an event that’s right for you, from a 5k to a full ultra-marathon, have a look at Let’s Do This’ excellent range of events for runners of all levels.

However, running at midnight can present a completely new challenge, even for experienced runners. After an hour and a half — 10 miles into my goal of 26 miles — at Midnight2Midnight, the adrenalin had totally worn off. Moments away from puking, I was forced to drop out. To avoid getting into a similar situation again, I asked Gethin Hine, a runner from the UK, for some advice.

Gethin has a wealth of experience. This year alone, he completed both the Tromsø Midnight Sun Marathon in the Norwegian part of the Arctic Circle — where the sun doesn’t set for nine weeks in summer — and “nohtaraM ehT,” an unofficial run backward around the London Marathon course in the early hours of the morning.

“You may find your body responds in a different way if you’re used to running at other times,” he says, recommending that runners practice at night or in the early morning. The challenges aren’t only physical. “Familiarize yourself with a course before a race and prepare to be self-sufficient, with a good running bag with supplies like water, gels, and bananas,” says Gethin. “Things look very different in the dark, and there’ll be fewer spectators and/or support to get you round the course”.

Gethin also describes how night runs present runners with different things to enjoy, compared to running during the day. “In London, I liked the tranquility of quiet streets,” he says. “Being able to experience familiar places in a whole new context, and finishing before the other runners had started, was great. But I also enjoy knowing that I’m doing something very unique, like running in broad daylight in the middle of the night in Norway.” 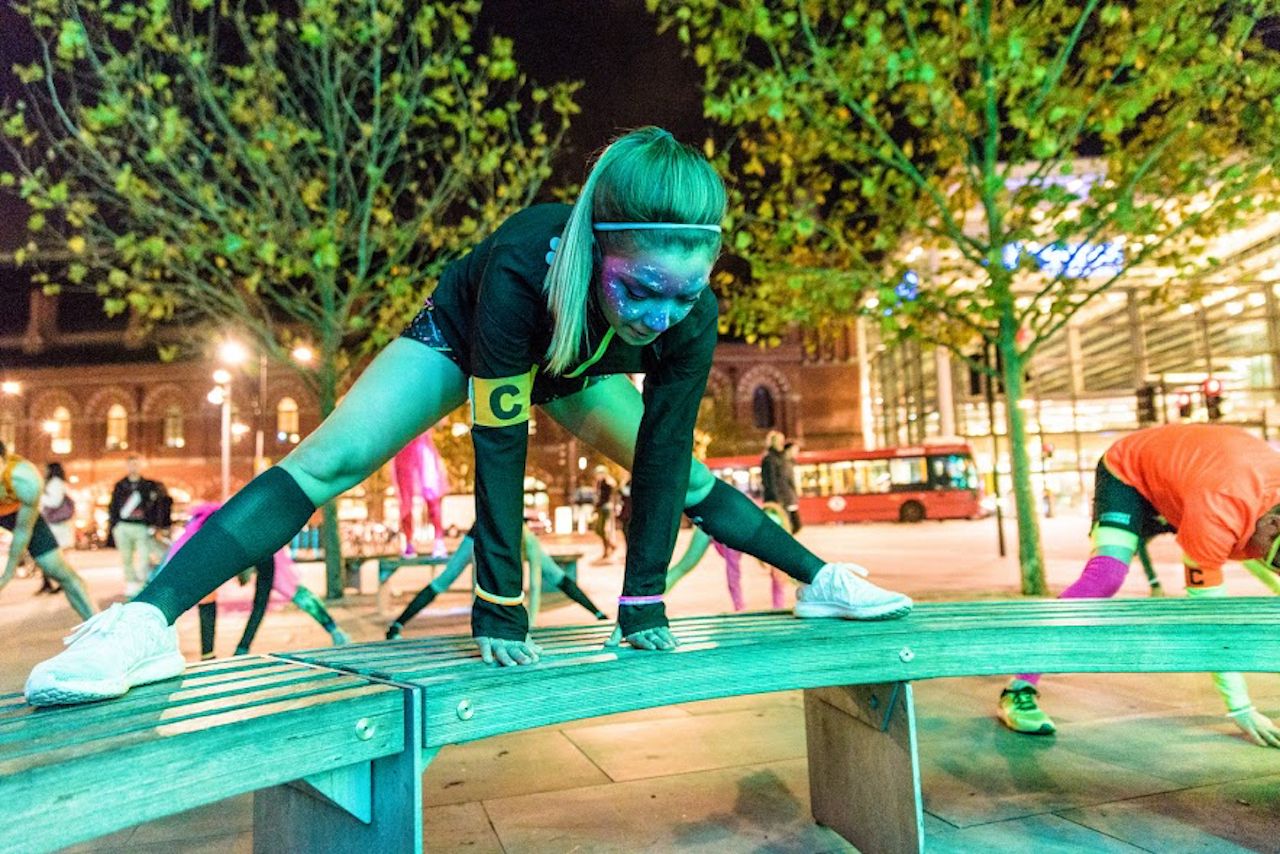 Running a full 26 miles in the middle of the night may not be for everyone, but you can still enjoy midnight running no matter the mileage count. Instead of signing up for marathons, consider joining a nighttime urban running crew. Running crews allow you to socialize with people who have similar interests and fitness goals, and act as a great source of group motivation. Together, you’ll get outside, keep fit, and explore a city at night; you’ll likely meet completely different people than you would have if you’d joined a group for early birds.

Midnight Runners began as two friends running around the streets of London at night to music and soon grew into a community of hundreds of runners. Beyond organizing Midnight2Midnight, Midnight Runners also hosts weekly “10K boot camp” runs. These are 10k runs to music with six Tabata, or high-intensity interval training, stops along the route that will leave your legs feeling like jello at the finish line. In the past year, that community has become global, and Midnight Runners have started up in Berlin, Boston, Barcelona, and New York with more cities to follow.

In New York City, NYC Bridge Runners hosts weekly runs, many of which are at night. The group started in 2004 when New Yorker Mike Saes began to arrange nighttime runs around Brooklyn that focused as much on building a community as on running. Fourteen years later, several hundred runners can be spotted running across the bridges of New York at any given time, including the dead of night, when commuters and heavy traffic are nowhere to be found.

The trend of running crews is not just limited to NYC and London; from Running Junkies in Amsterdam to AM.PM.RC in Melbourne, you’ll find urban running crews in most major cities, and many host nighttime runs. Adidas Runners is a busy community, operating on every continent in over 50 cities around the world and offering plenty of after-work, nighttime running opportunities. 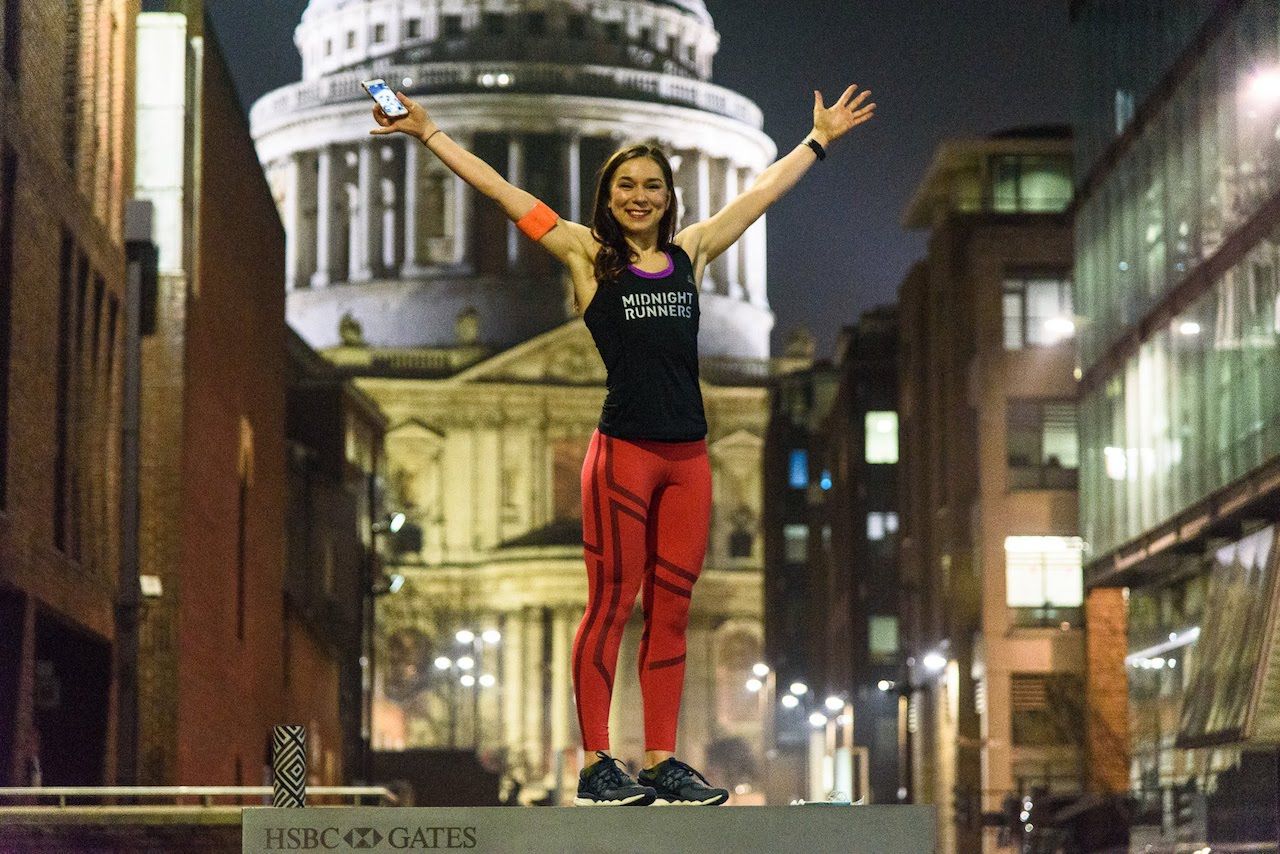 The act of running doesn’t get any easier just because it’s dark out; it’s still legitimate exercise and hard work, especially if you’re a novice runner. But if you find running boring, hate getting up early, or simply need the extra motivation of an infectiously positive crowd, midnight running may be the perfect way to get you on your feet. Midnight Runners hosts monthly “party runs,” which operate the same way as the Tabata boot camps but with costume themes (a recent theme was ancient civilizations) and finish lines at popular late-night party spots.

Those who would describe themselves as socially awkward or anxious about going to events will be put at ease upon showing up to a run; at the start of each Midnight Runners run, runners are encouraged to introduce themselves to two people at the club they’ve not met before and welcome them into the community. It’s a great way to make friends while also keeping up with your fitness goals.

No matter whether you opt for a marathon at midnight or a casual jaunt with a running crew, the experience of night running is one you won’t forget any time soon. And best of all, at the end of the run you get the ultimate reward not offered to those mainstream daytime runners: you get to go sleep.

Running5 tips for runners who travel
Tagged
Running
What did you think of this story?
Meh
Good
Awesome