Some novels are inextricably linked to their settings. In many cases, the location feels like a character in itself, a living and breathing protagonist whose interests are intertwined with its human counterparts and whose presence is felt on every page. NetCredit compiled a list of the most popular books set in every country in the world to really highlight which works of literature let their settings shine. NetCredit created an algorithm to give each book a score according to its Goodreads rating (about 13,000 books total) then made a series of virtual bookshelves and maps to showcase the top-scoring book set in each country.

All graphics are courtesy of NetCredit 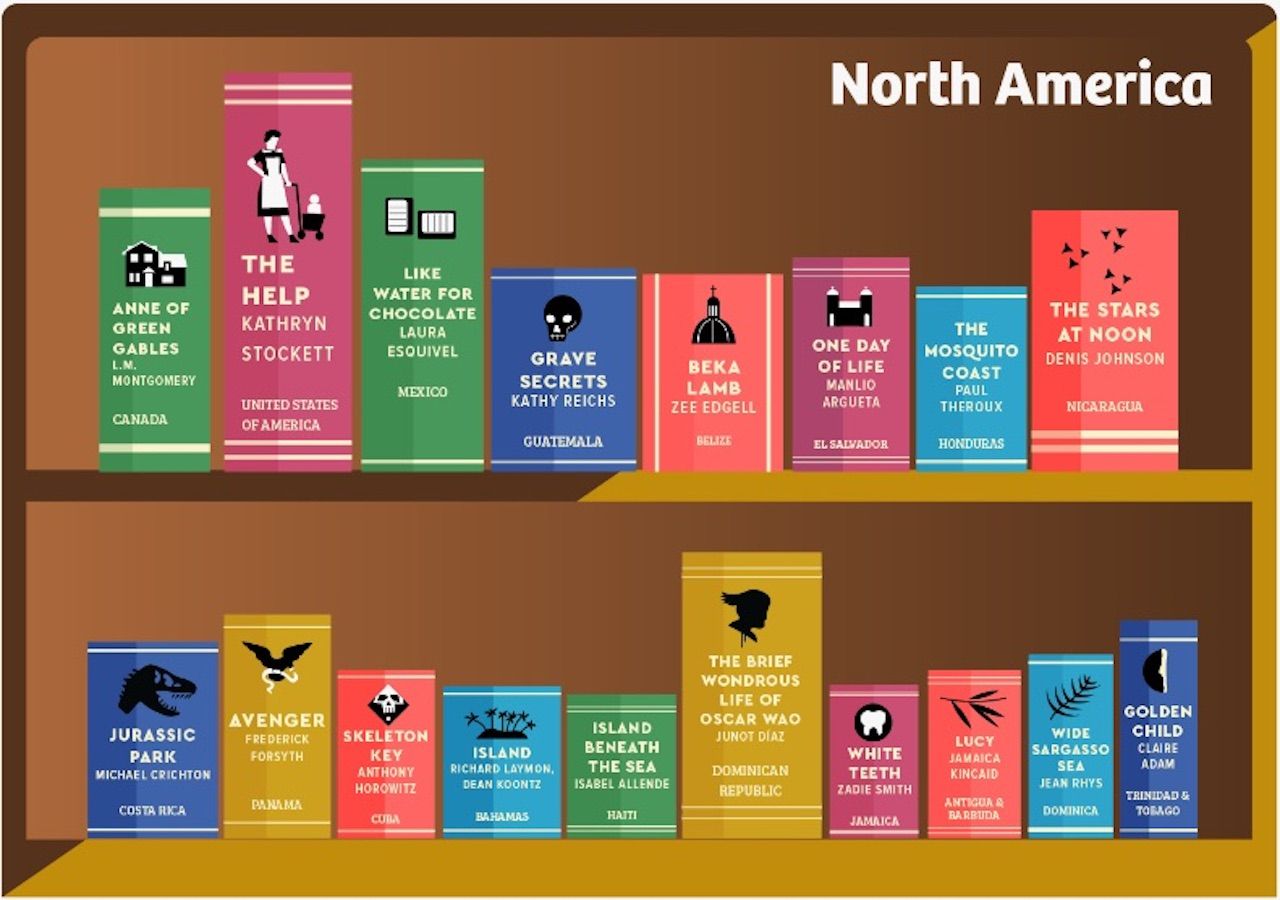 The Help by Kathryn Stockett is the most popular book set in North America, taking place in Jackon, Mississippi, in the 1960s and told by three women — a Black maid, her best friend, and a young white woman. Jurassic Park also scored highly, even though its setting is the fictional Isla Nublar, which is supposed to be an island of Costa Rica. 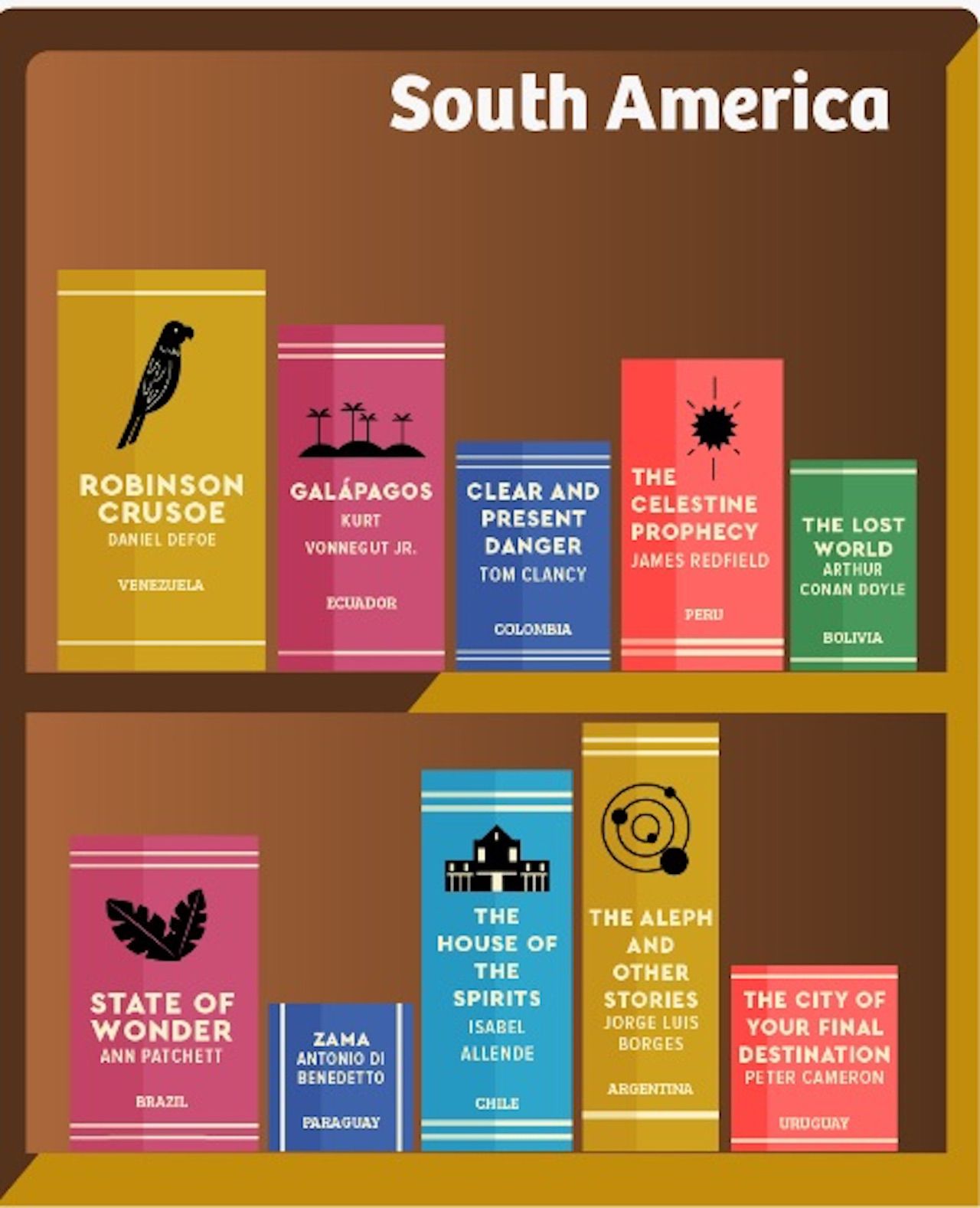 South America can lay claim to Isabel Allende’s The House of the Spirits, a saga set in Chile that touches on the lives of three generations of the Trueba family. Kurt Vonnegut’s Galapagos also makes the list, telling the story of the reverse evolution of mankind set in Ecuador. 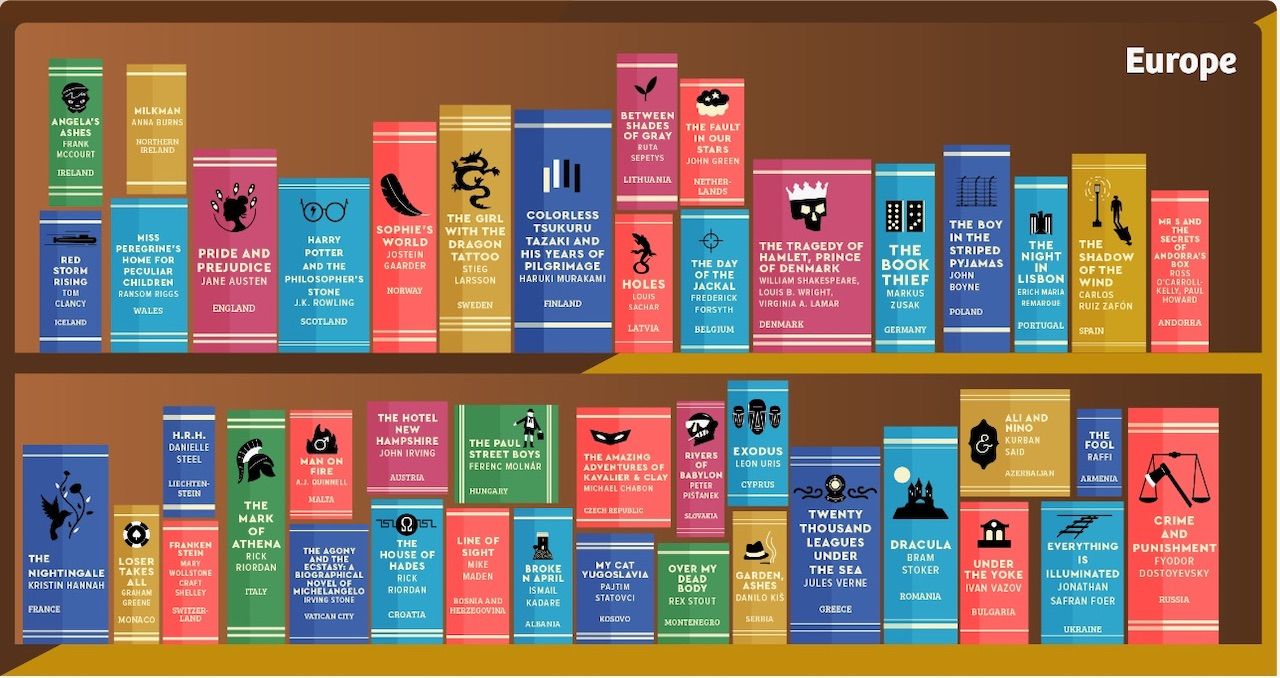 John Green’s The Fault in Our Stars is the most popular book set in Europe, partially taking place in the Netherlands. It tells the story of a 16-year-old cancer patient who travels to Amsterdam to meet the author of a mysterious book about a cancer patient. 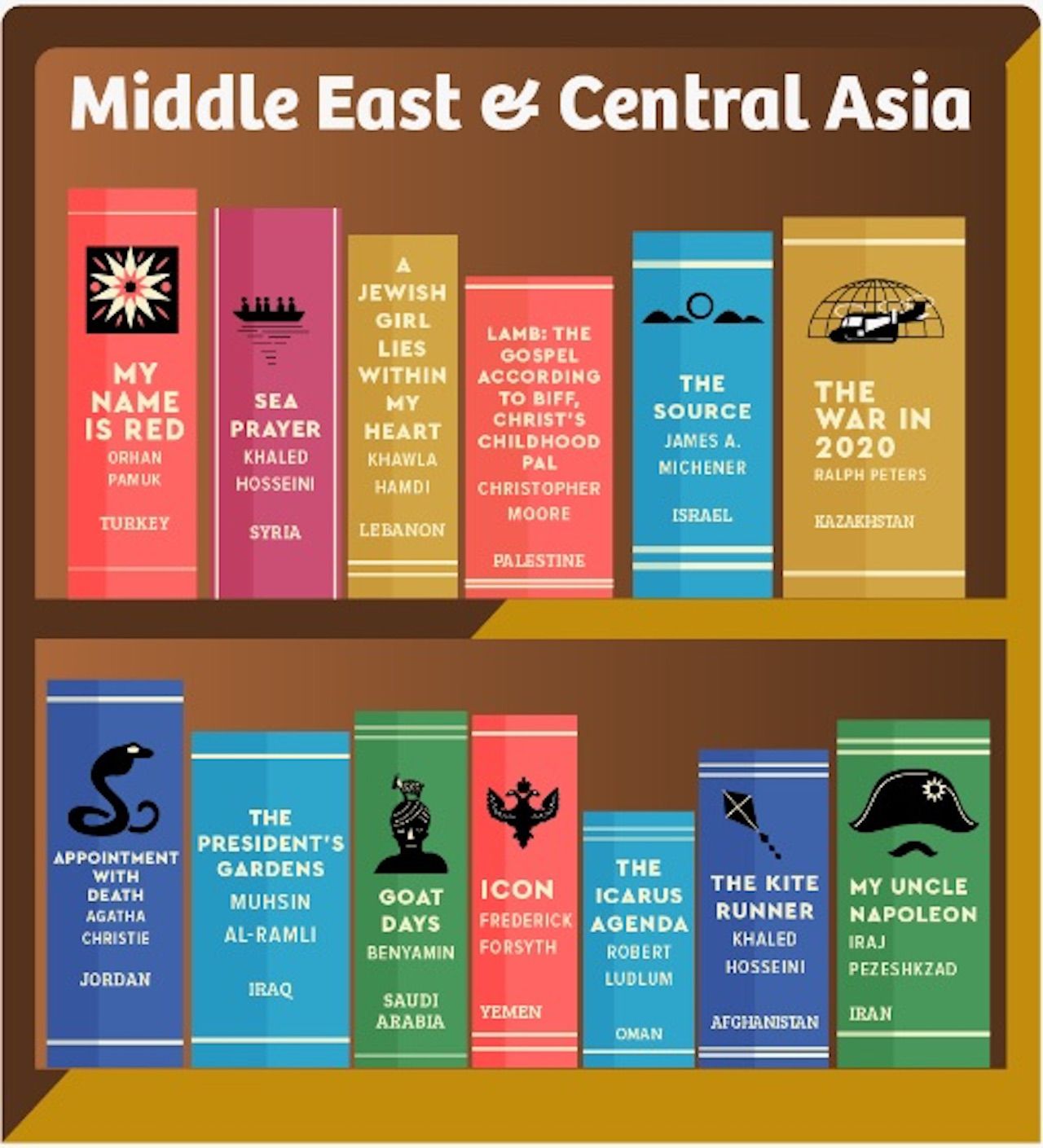 Khaled Hosseini’s The Kite Runner is the most popular novel set in the Middle East and Central Asia, telling the story of the relationship between a wealthy boy and the son and grandson of his father’s servant, set in Afghanistan. Another novel, My Heart A Jewish Girl, also ranked highly. Written by Khawla Hamdi, the book is about an orphaned Muslim girl living with a Jewish family in Lebanon. 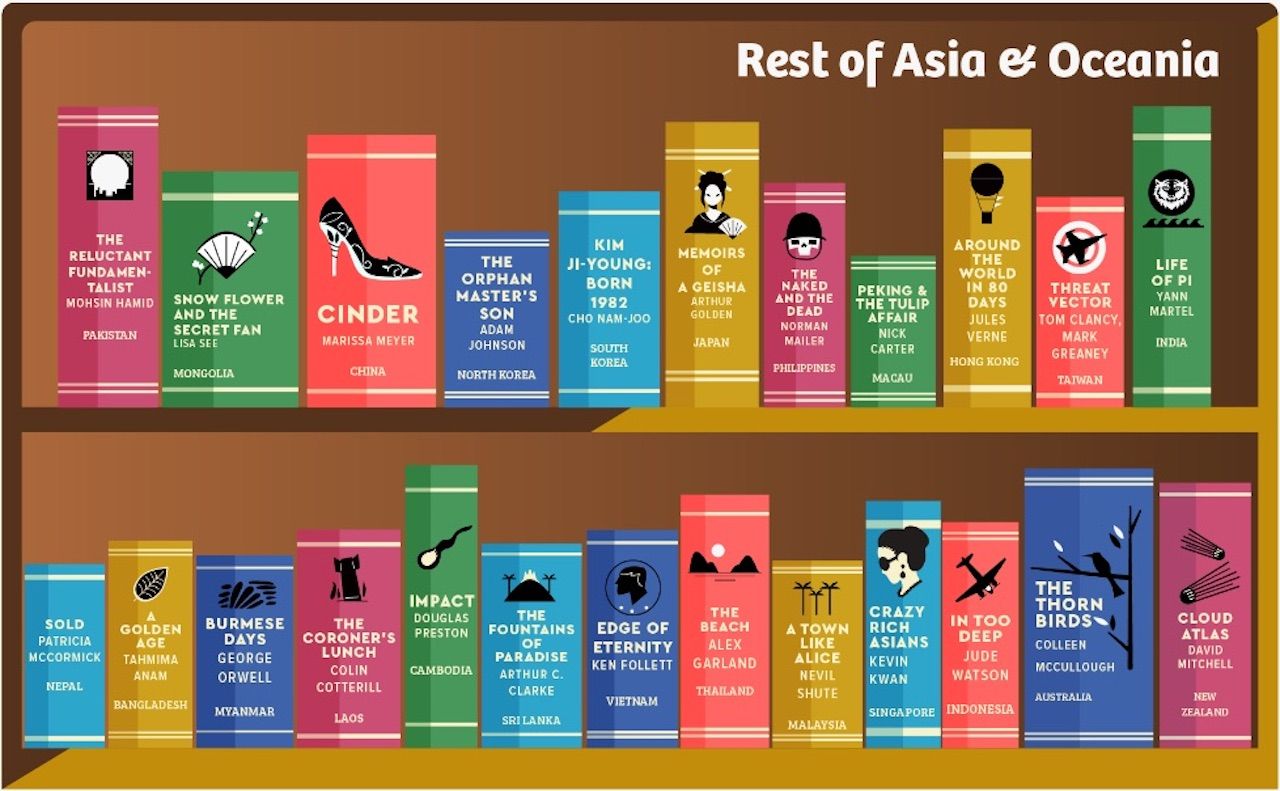 The Memoirs of a Geisha, written by Arthur Golden, is the first-person story of a geisha working in Kyoto, Japan, and the most popular book set in Asia. The story was also made into a film in 2005. 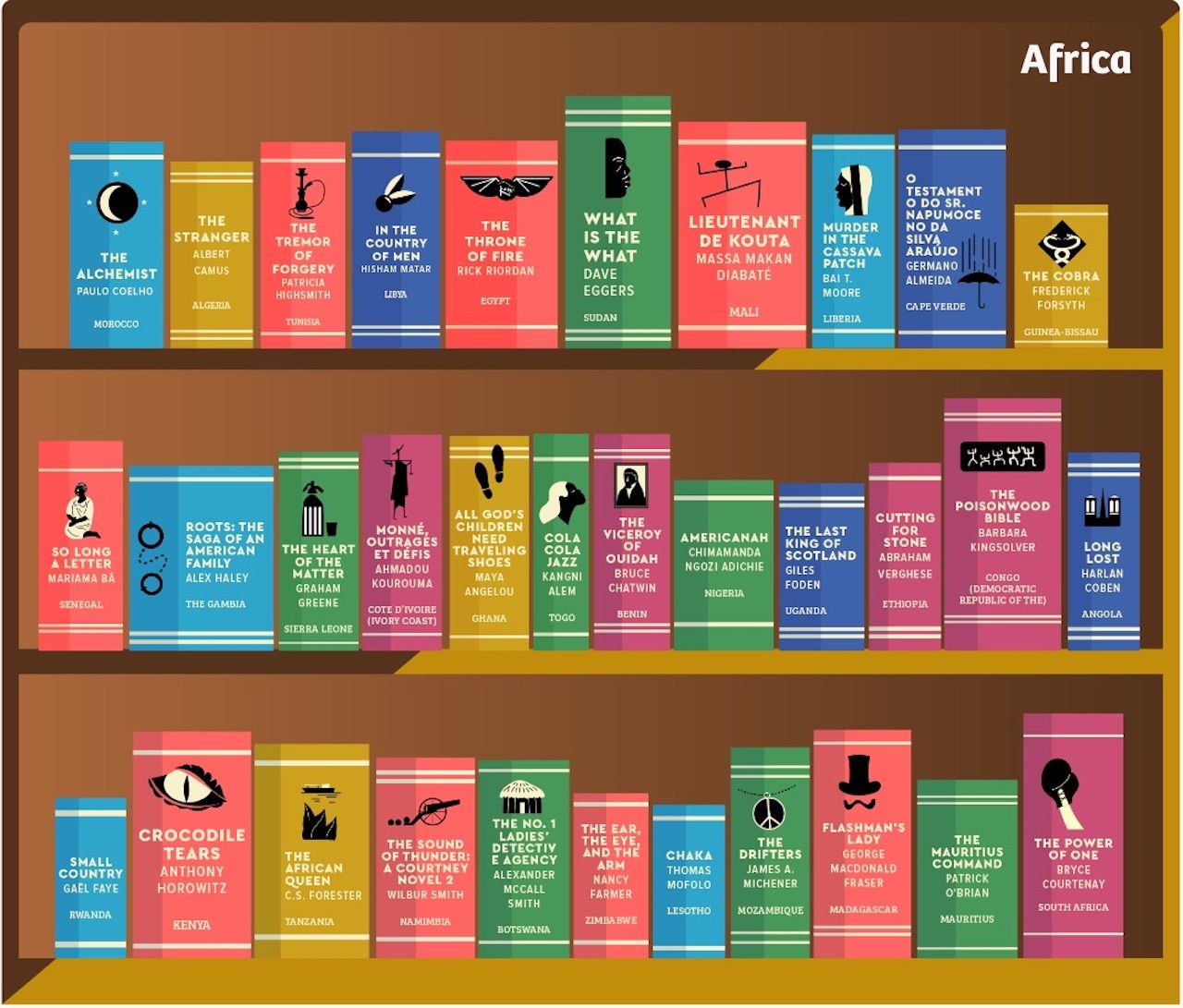 The Alchemist by Brazilian author Paulo Coelho is the most popular book set in Africa. Taking place partially in Morocco, the book is an allegorical story of a young Spanish shepherd who travels in search of treasure. Americanah by Chimamanda Ngozi Adichie also topped the list, in part set in Nigeria. The book tells the story of a young woman departing military-ruled Nigeria for the US, leaving family, friends, lover, and culture behind.