A movie’s setting is often as important as the actors themselves. And like a great actor, a good filming location is used again and again and ends up being featured in a long list of movies. NetCredit has identified some of the most commonly used filming locations in every country around the world — the landmarks and buildings with the most movie credits on IMDb — and created handy maps to track them.

Perhaps unsurprisingly, Central Park in New York City is the most-filmed location in the world with 532 movie credits. As for the rest of the world, it might not be what you expect. 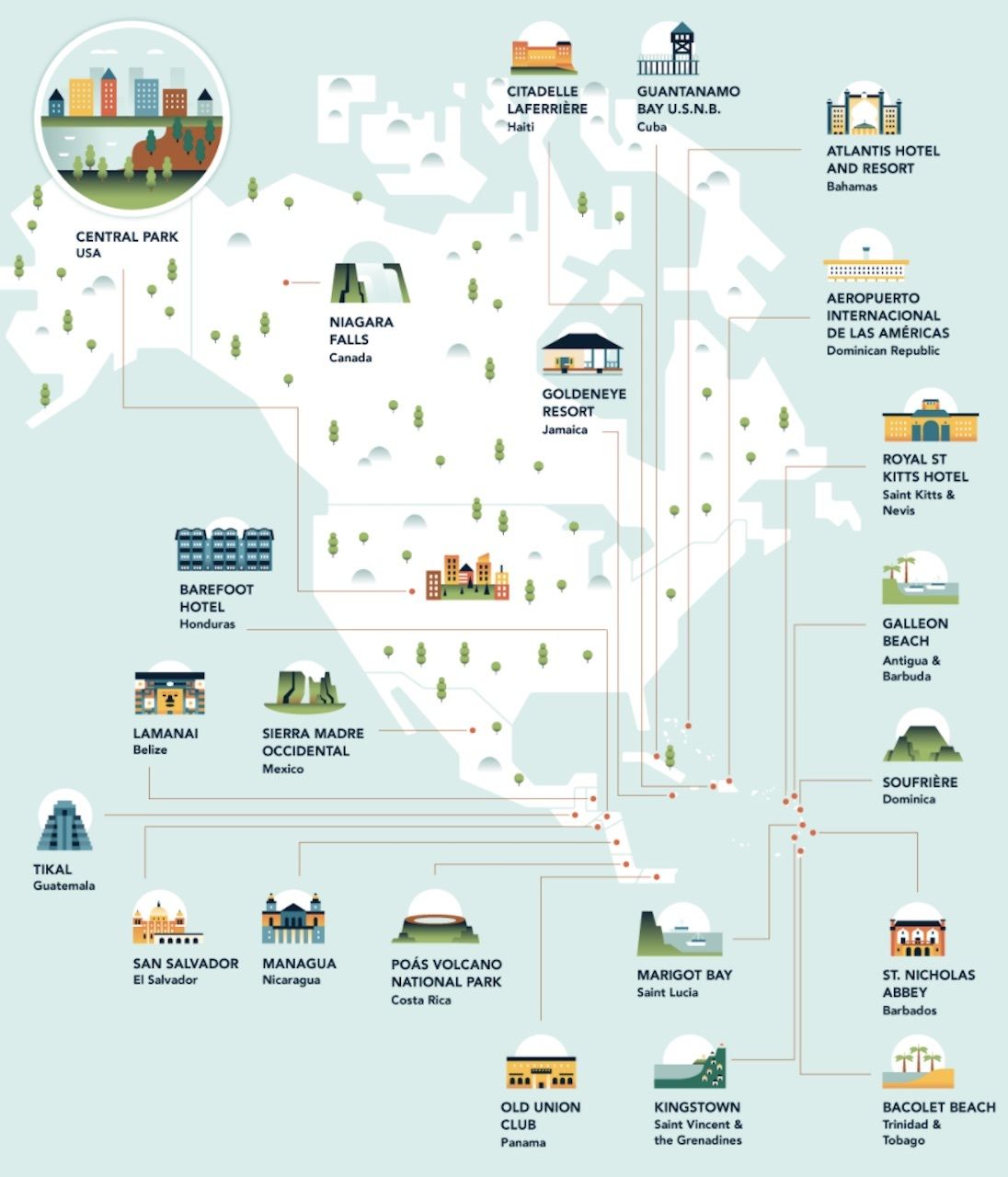 Nothing can top Central Park when it comes to locations in North America, but Niagara Falls puts up a good fight. The falls have 142 movie credits while Mexico’s Sierra Madre rounds out North America’s top film locations. In the UK, Trafalgar Square in London holds the distinction of appearing in more films than any other destination in the country. 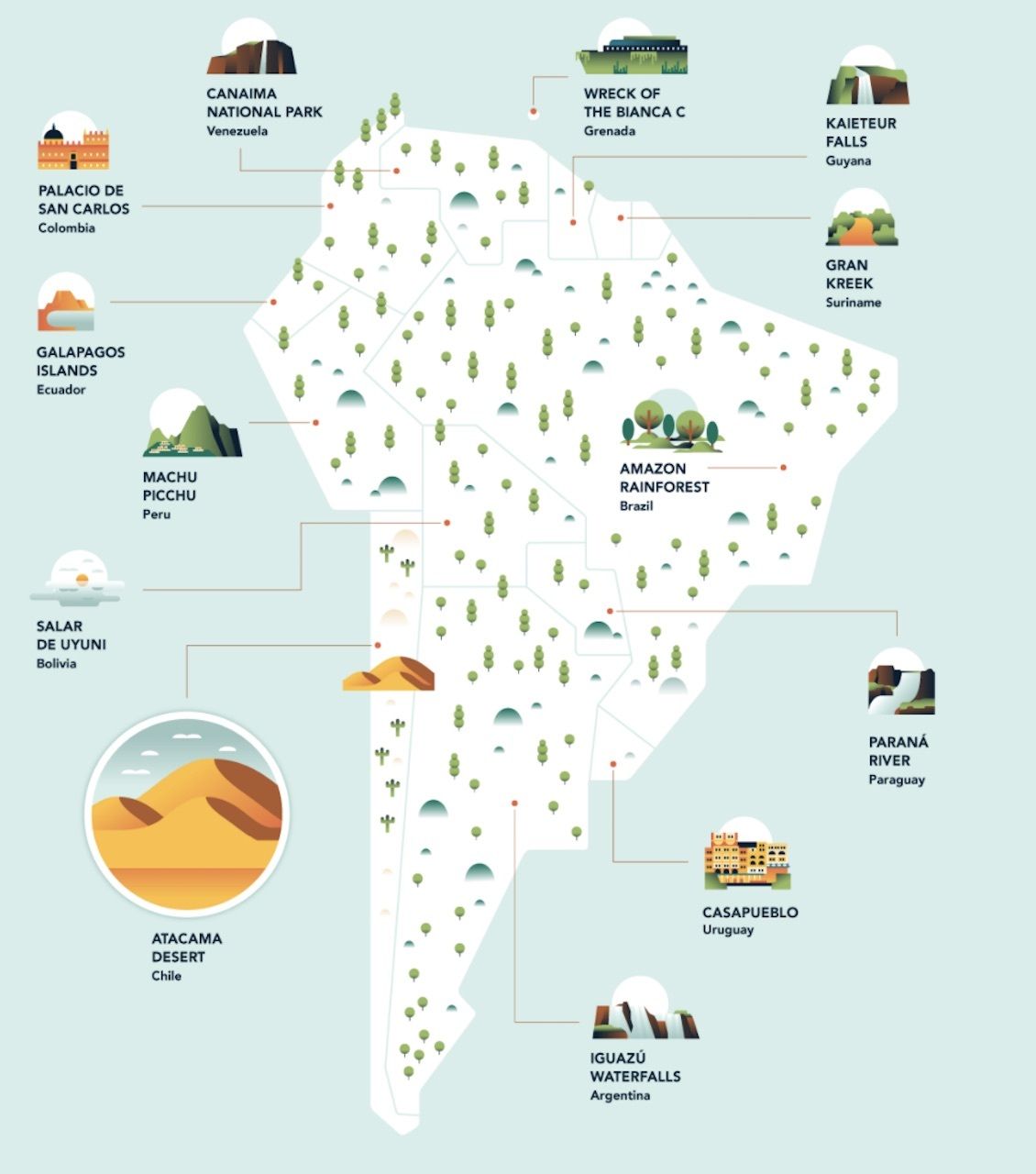 The top filming location in South America is a tie between sites in Chile and Ecuador, each of which has 50 credited appearances: Chile’s Atacama Desert, which has featured in movies like Spy Kids and James Bond, and Ecuador’s Galapagos Islands. 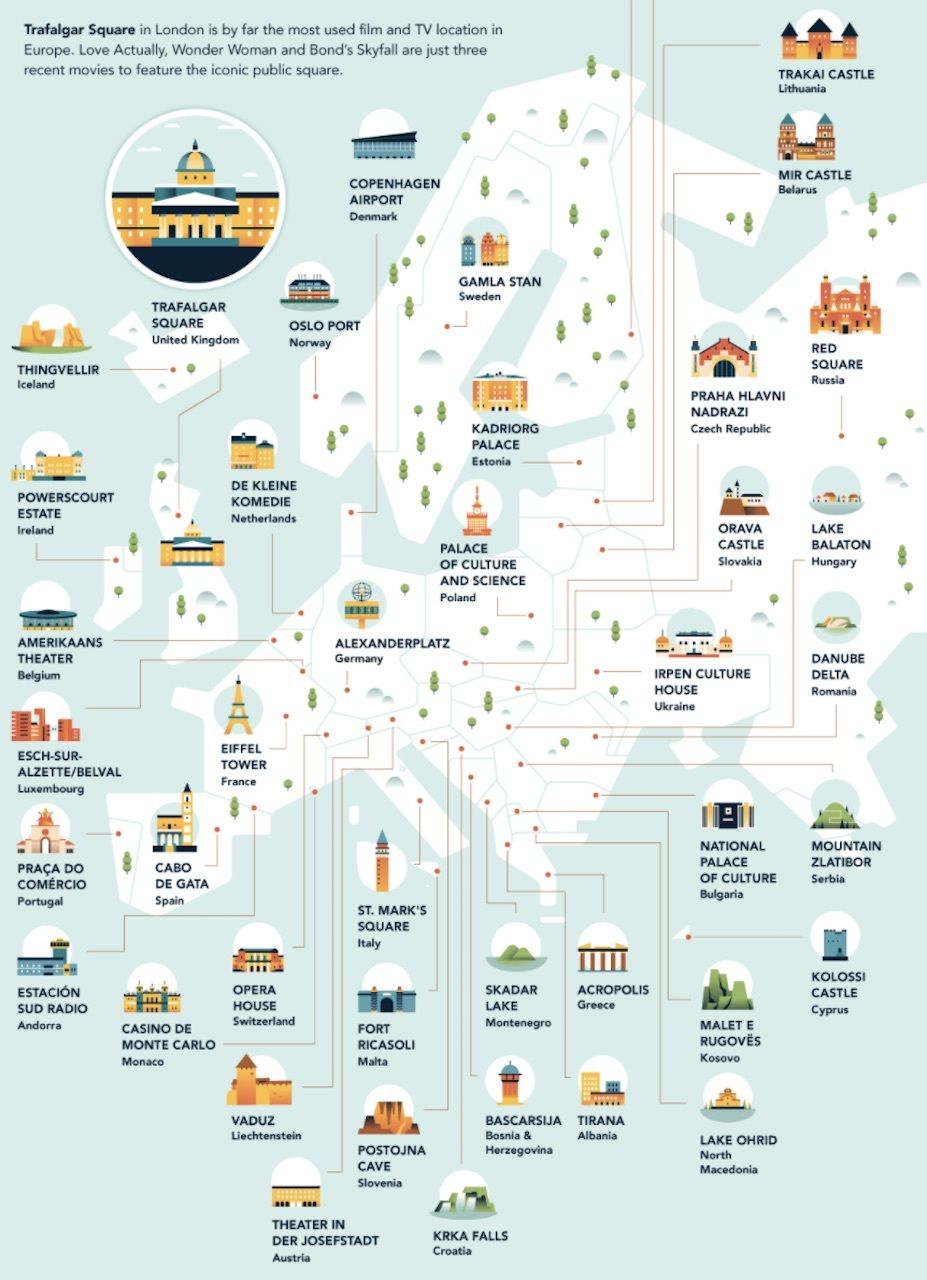 Spain’s Cabo de Gata (in the top five of most-used filming locations in Europe) is a coastal region in Andalusia, and it’s known as “Europe’s only desert.” Because of its unique geography, the desert has starred in several Western movies, disguising itself as the American West. 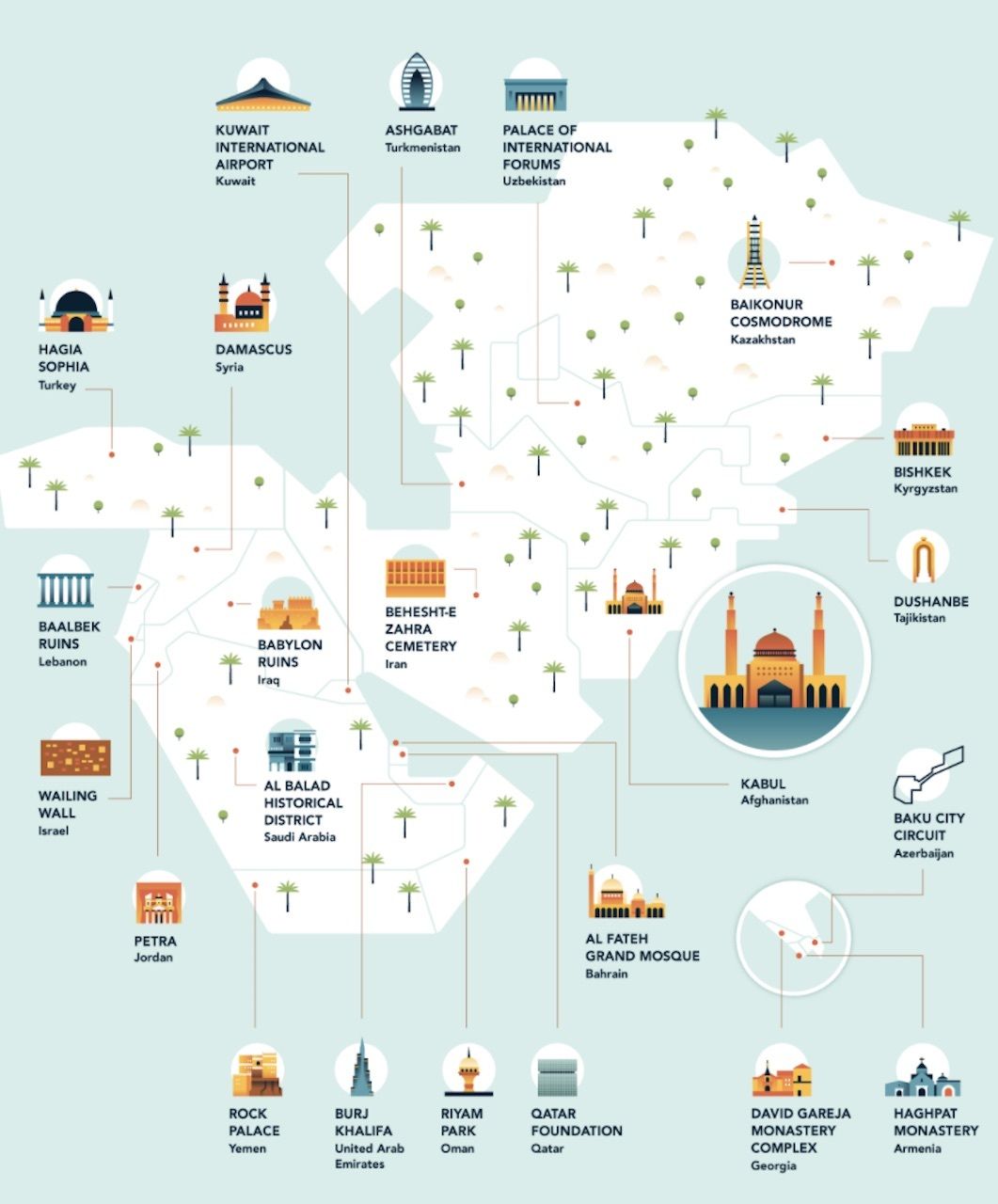 Kabul, Afghanistan, is the most-credited location in the region and the fourth-most credited in the world. The city has featured in dozens of documentaries and, increasingly, locally produced cinema. Damascus, Syria, comes in second, being one of the region’s oldest cities and most important cultural centers. 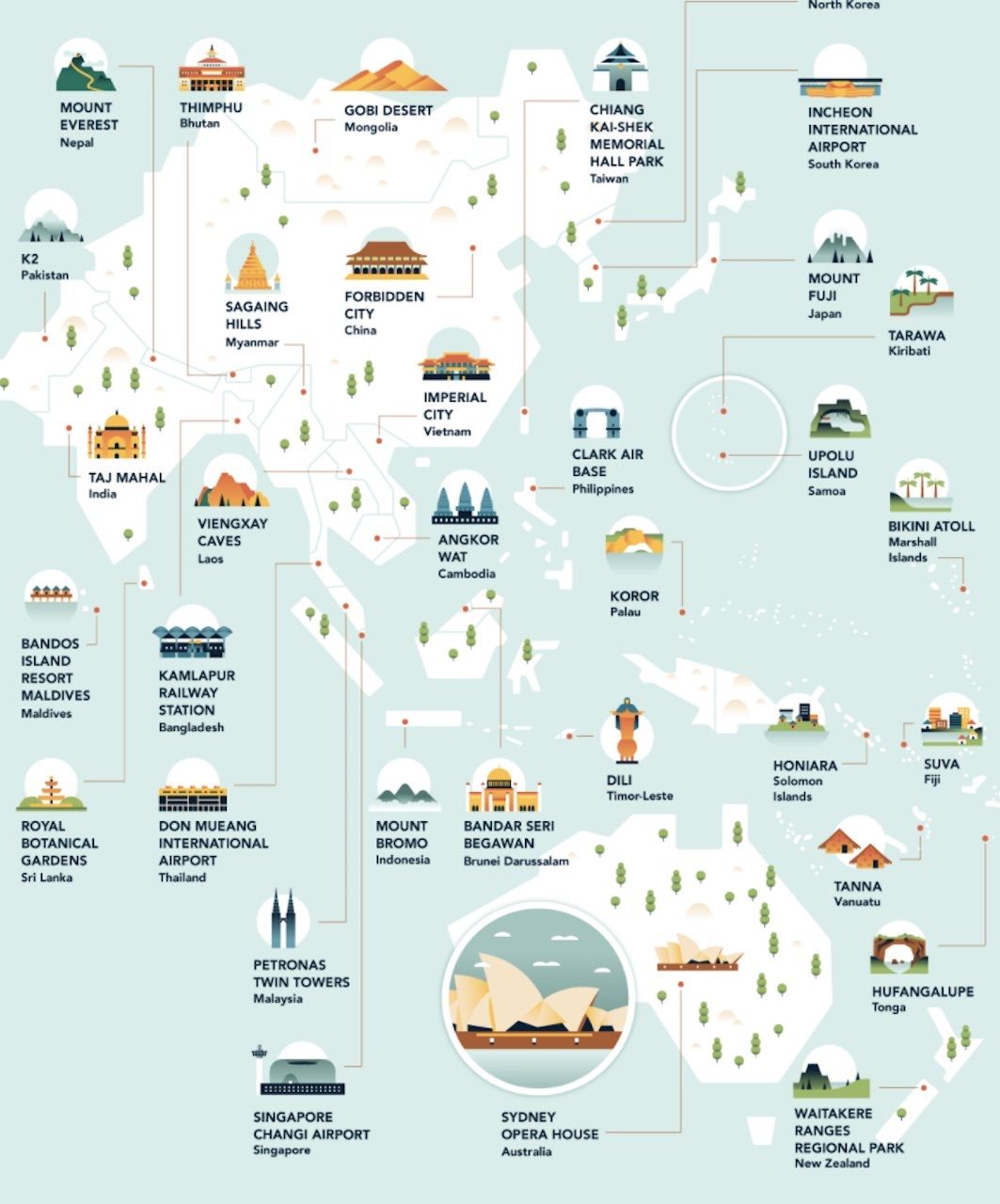 Australia’s most recognizable building is also its most ubiquitous on your TV screen. The Sydney Opera House has starred in movies like Mission: Impossible II and Mighty Morphin Power Rangers: The Movie. Asia’s top location is Japan’s Mount Fuji, which served as the backdrop for the 1956 film Around the World in 80 Days and Street Without End. 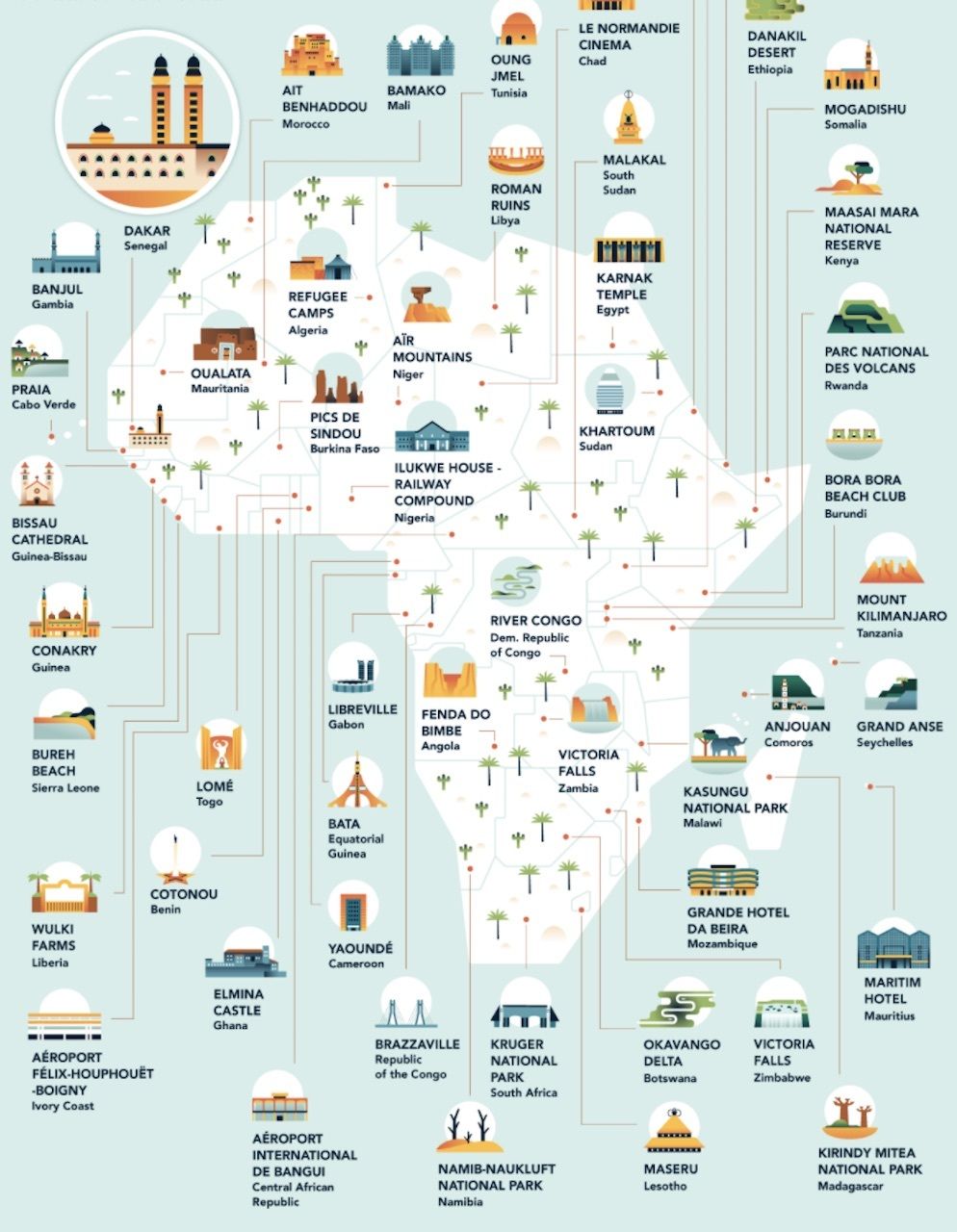 Africa’s top location is Dakar, the capital of Senegal. This might come as a surprise since the Nigerian film industry dominates the continent, but Senegal has a rich film history in its own right. Egypt’s Karnak Temple Complex in Luxor has also appeared in several movies and documentaries.

20 Years Later, Here’s How ‘The Lord of the Rings’ Has Changed New Zealand

Can Real-Life Lembas From ‘Lord of the Rings’ Be a Serious Travel Food? An Investigation.

‘Black Widow’ Showcases One of Europe’s Most Underrated, Cinematic Capitals

Are Guided Theme Tours Enlightening or Infuriating? We Try and Settle the Debate