Aside from the unenviable title of Europe’s least-visited country, Moldova is also the continent’s poorest. Due to a lack of information about the country and its culture, many travelers have concerns about visiting Moldova, and as rumors swirl, common misconceptions have spread about this tiny landlocked nation in Eastern Europe. In reality, though, it’s more than worth a visit. Here are the worst myths about Moldova that need to die — and why you should add the little country to your bucket list. 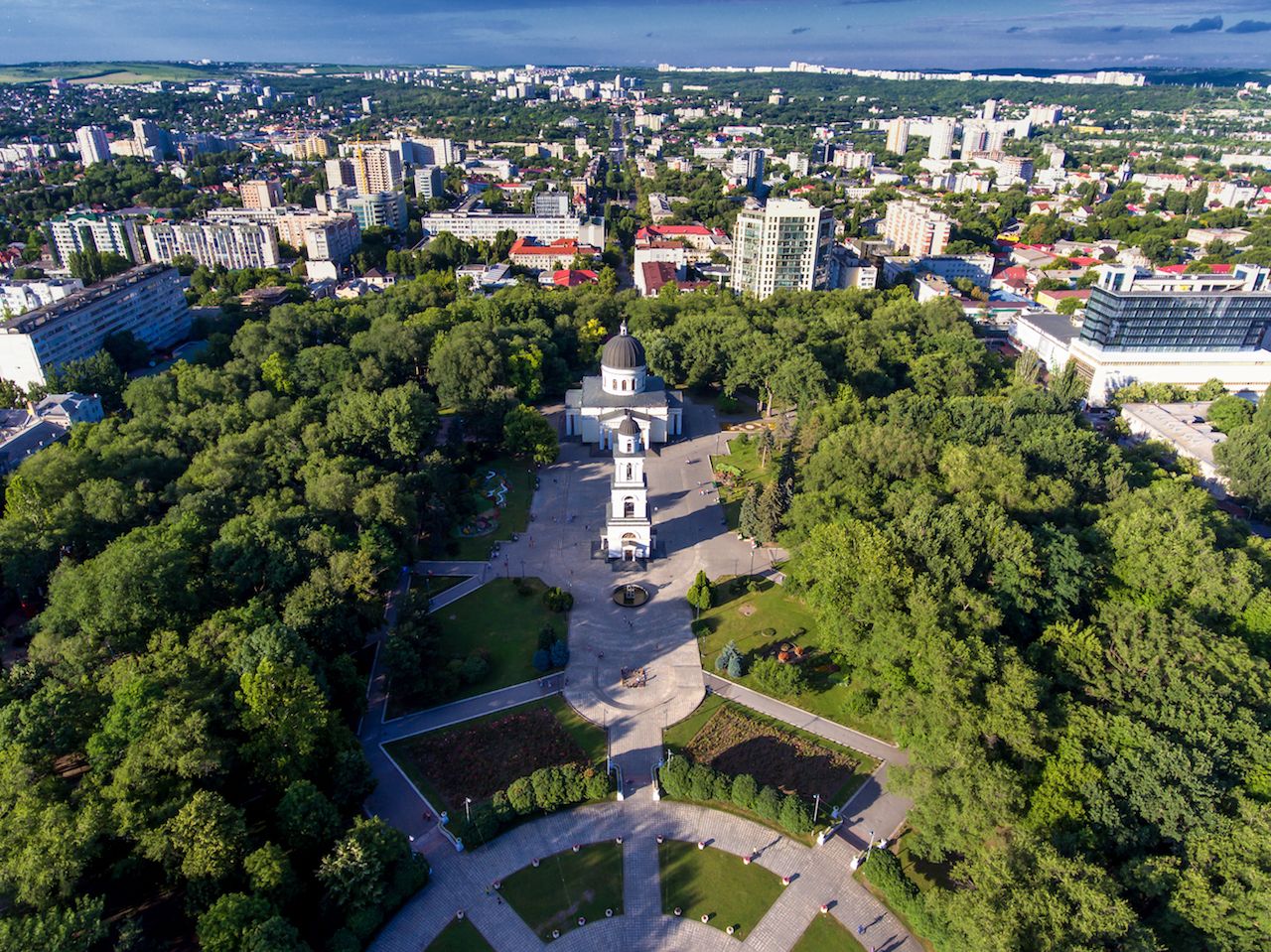 Moldova is Europe’s most impoverished country. Most residents struggle to make ends meet, and foreigners typically come with a more valuable currency. Petty crime exists much as it does in any major city, certainly not aided by poor street lighting, widespread alcoholism, and dark underpasses. But with a dose of common sense, Moldova isn’t any more dangerous than the rest of Eastern Europe. Violent crime against foreigners is rare and terrorism is nonexistent. Keep your valuables close, be vigilant, and take care when it’s dark — maybe avoid walking under that overpass — but in general, the cities of Chisinau and Balti are safe to travel to. You can always ask the restaurant or bar to call an official taxi at night and bring a flashlight if you’re walking.

Moldova remains among the most corrupt nations in Europe. The Global Corruption Barometer discovered 75% of Moldovans think their police are corrupt, and former Prime Minister Vlad Filat was recently jailed for bribery. Travelers often feel concerned about this image, worrying the police will stop and ask for hefty “fines” or otherwise use their power to extort money from them. A decade ago perhaps, but it’s not the norm anymore. Tough anti-corruption campaigns aim to clamp down on bribery, and unless they break the law, police usually leave foreigners alone. Familiarize yourself with what you can and shouldn’t do before visiting. Crossing the land border into or out of Romania or Transnistria is another concern, but if you have the right to visit and your passport handy, even this shouldn’t cause any problems.

2. It’s difficult to get around Moldova.

Compared with Western Europe, getting around Moldova can be a bit of a challenge. Driving is a bad idea — think pot-holed roads in desperate need of repair combined with locals driving at breakneck speed. Rather than getting a car, a network of marshrutkas (minibuses) are available to zip you around to even the smallest of villages throughout the country. Many Moldovans rely on public transport to get to and from their hometowns. You don’t need to buy a ticket in advance. In most cases, you can turn up at the bus station and find a marshrutka heading to your destination. Get a seat, pay the driver, and brace for an uncomfortable trip — but hey, you’re going to get there. Marshrutkas regularly connect travelers heading from the capital city of Chisinau to Tiraspol in Transnistria, Balti, and Iasi in Romania.

3. There’s nothing to do in Moldova. 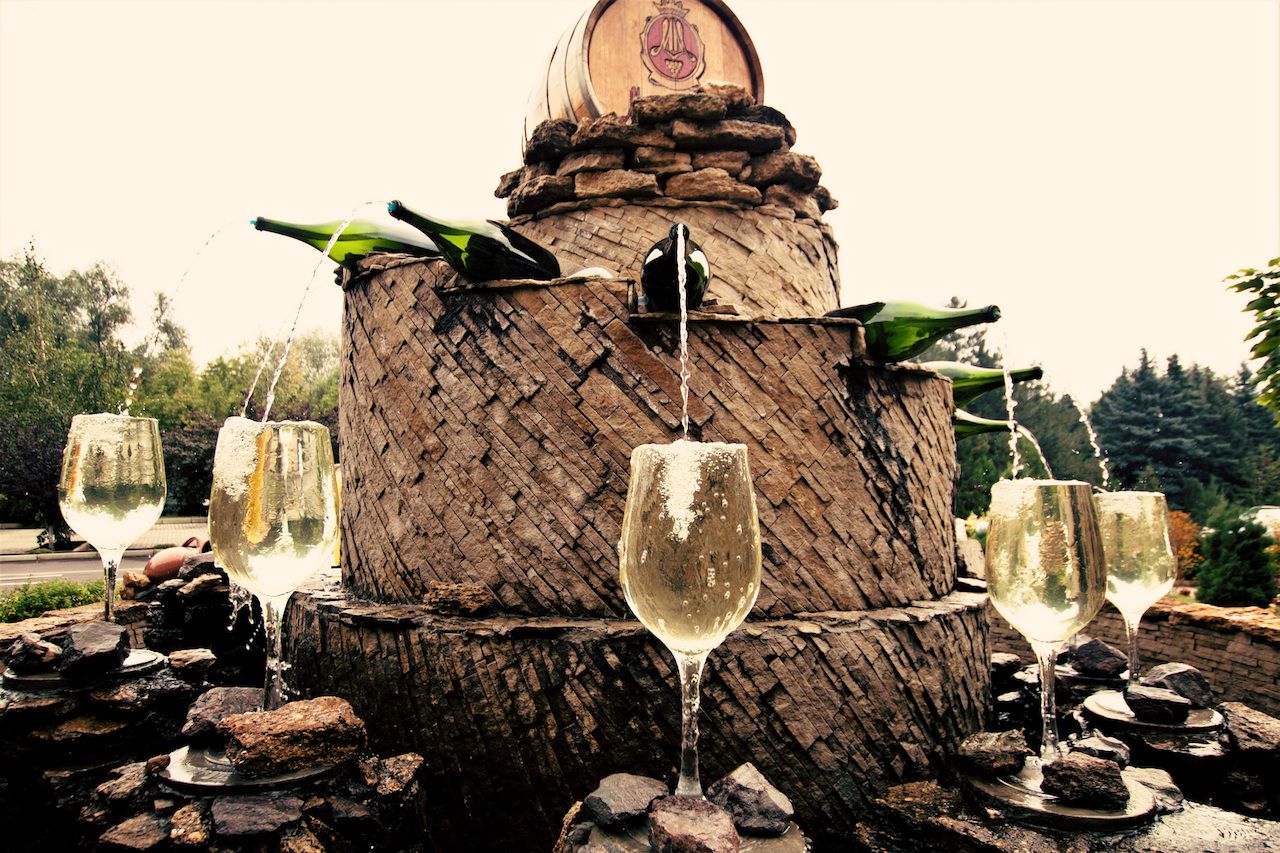 This myth relates to the fact that many people have never heard of Moldova, and it’s far from the radar of most European tourists. There aren’t many travel guides, visitors, or active tourism campaigns. Most information comes from travelers’ experiences and blogs, which make it tough to find official info. But with proper trip planning, you can step beyond the initial uncertainty and find a post-Soviet nation frozen in time. You’ll discover Chisinau’s communist architecture and Moldova’s high-quality wine region, a part of the country that is slowly beginning to attract global attention. Visit Transnistria — the breakaway state with its own border control, currency, and police force — or travel to parts of Moldova that even the limited number of tourists who do come here often overlook, such as the northern city of Balti. Don’t expect medieval castles, old towns, and grandeur. Instead, relish in the adventure and the chance to see a unique and highly cultured part of Europe.

4. Travelers will be sent to prison for taking photographs.

It’s against Moldovan law to take pictures of both government offices and military facilities. This includes the airport and some public buildings, among others. If you see a guard in military uniform outside, don’t take a photograph. But you can snap pictures of just about anything else in Moldova. Going back to the point above, there are cultural differences, and it’s import to respect the law of the land. Don’t try to sneak a photo of restricted buildings or you might find yourself in trouble.

5. Moldovans are cold and unfriendly. 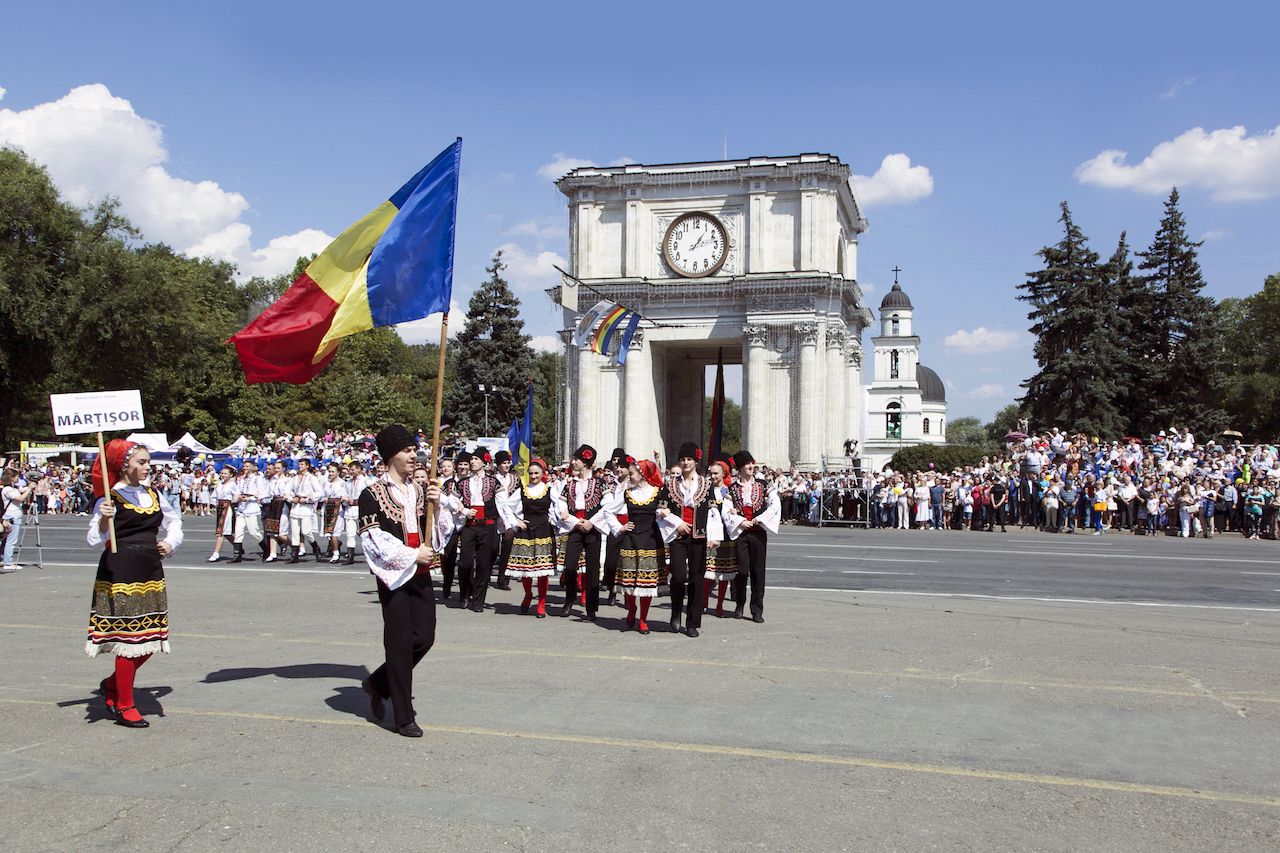 This myth isn’t just about Moldova; it’s a stereotype extended to most Eastern Europeans. Visitors from extroverted nations like the United States often perceive the locals as cold and distant. Moldovans don’t smile in public, and people in the service industry aren’t too chatty. Rather, they speak directly, but this shouldn’t be taken as unfriendliness: It’s merely a cultural difference. Don’t expect conversations with the ticket seller or waiter. But you’ll get your ticket and your food will arrive. If you want information, ask a specific question. You’ll get a direct answer.

An assumption that communication with locals, including service staff and otherwise, will be almost impossible isn’t quite true, either. The younger generation of Moldovans speaks at least some English. Older Moldovans often converse in Russian. Not everyone speaks English, but you shouldn’t have too many problems getting around. You’ll likely hear about an ongoing dispute over whether the Romanian and Moldovan languages are the same or different, but regardless, learn a few phrases of Moldovan, and combined with the minimal English spoken in the country, you’ll get around okay. To make transportation easier, write the name of your destination on a piece of paper and show it to the marshrutka driver. Simple measures like these compensate for any language barriers.

Moldova’s connection speed averages just under 14 MB/s, plenty of speed for general use. More than 90% of the country’s three million residents have access to the internet. This means you can update your social media, watch videos, and make Skype calls without disruption from most cafes and hotels, especially in bigger cities. Moldova, like Romania, has surprisingly fast WiFi, with the added bonus of being very affordable. You can also get mobile data for your trip with either an Orange or Moldcell SIM Card with a data plan, available at shops throughout Chisinau and at Chisinau International Airport.

7. Moldova is still a communist country. 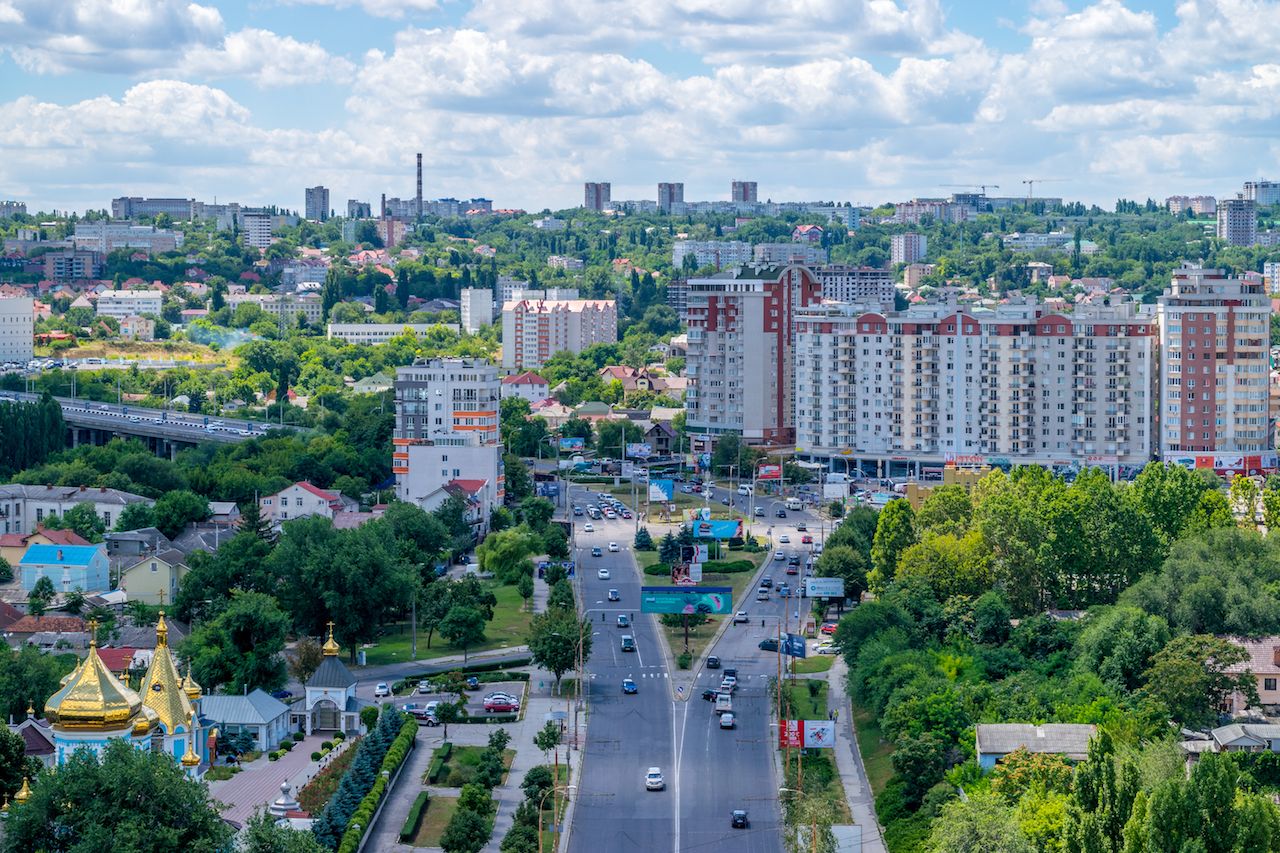 For almost 70 years, Moldova was part of the USSR. Though the Communist Party remained in power after independence in 1991, Moldova is no longer a communist country. It is important to remember, however, that the older population has lived a decent chunk of their lives under communist ideology, and for them, the old Soviet mentality still lingers. You’ll enjoy your trip much more if you embrace the formalities, strange rules, and quirky nature of travel. It’s part of what makes the experience of visiting this country unlike anywhere else.

Insider GuidesWhy Wine Lovers Should Be Planning a Trip To Moldova
Tagged
Culture Insider Guides Moldova
What did you think of this story?
Meh
Good
Awesome

Why Wine Lovers Should Be Planning a Trip To Moldova

What Running in Moldova Means To Me