Watching a giant, glittering ball drop from 141 feet into the mayhem of Times Square is pretty cool, but it’s nothing compared to other New Year’s Eve traditions around the world. Having the same “new year, new me” conversation about your resolutions might be fairly universal, but for many countries, New Year’s is more than just getting drunk and looking around frantically for someone to kiss at midnight. From shattering plates in Denmark to onion-hanging in Greece, every country has its own unique way of ringing in the New Year, and when you hear about them, you may just forego watching the ball drop for an epic New Year’s trip abroad. Here are a few of the coolest New Year’s traditions around the world. 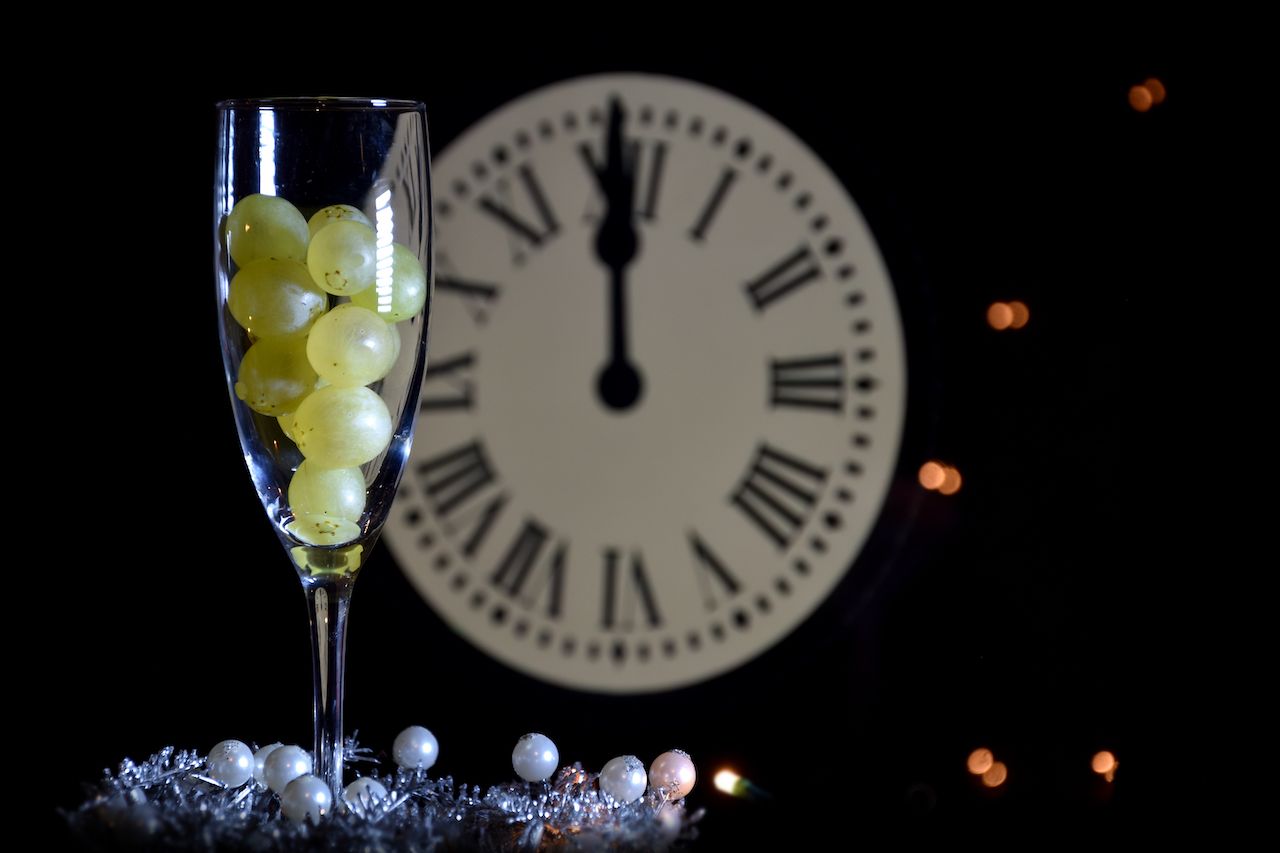 In Spain, they might not be too concerned with kissing at midnight, because their mouths are already too full of grapes. According to Spanish custom, you’re supposed to eat 12 grapes at midnight — one at each stroke of the clock; this tradition is also common in many Latin-American cultures. Each grape represents good luck for one month of the coming year. In larger cities, like Madrid and Barcelona, people congregate in plazas and on main thoroughfares to stuff their mouths with grapes and wash it down with a bottle of cava.

The Danish people combine New Year’s and spring cleaning into one tradition. On New Year’s Eve, it’s customary to throw old plates and glasses against the doors of family and friends in an attempt to banish evil spirits. It’s also a great excuse to get rid of old glassware. At midnight, they stand on chairs together and jump off all at once, which symbolizes “leaping” into the new year for good luck. On New Year’s Day, however, there are probably a lot of regretful, hungover Danes staring down a long day of glass cleanup. 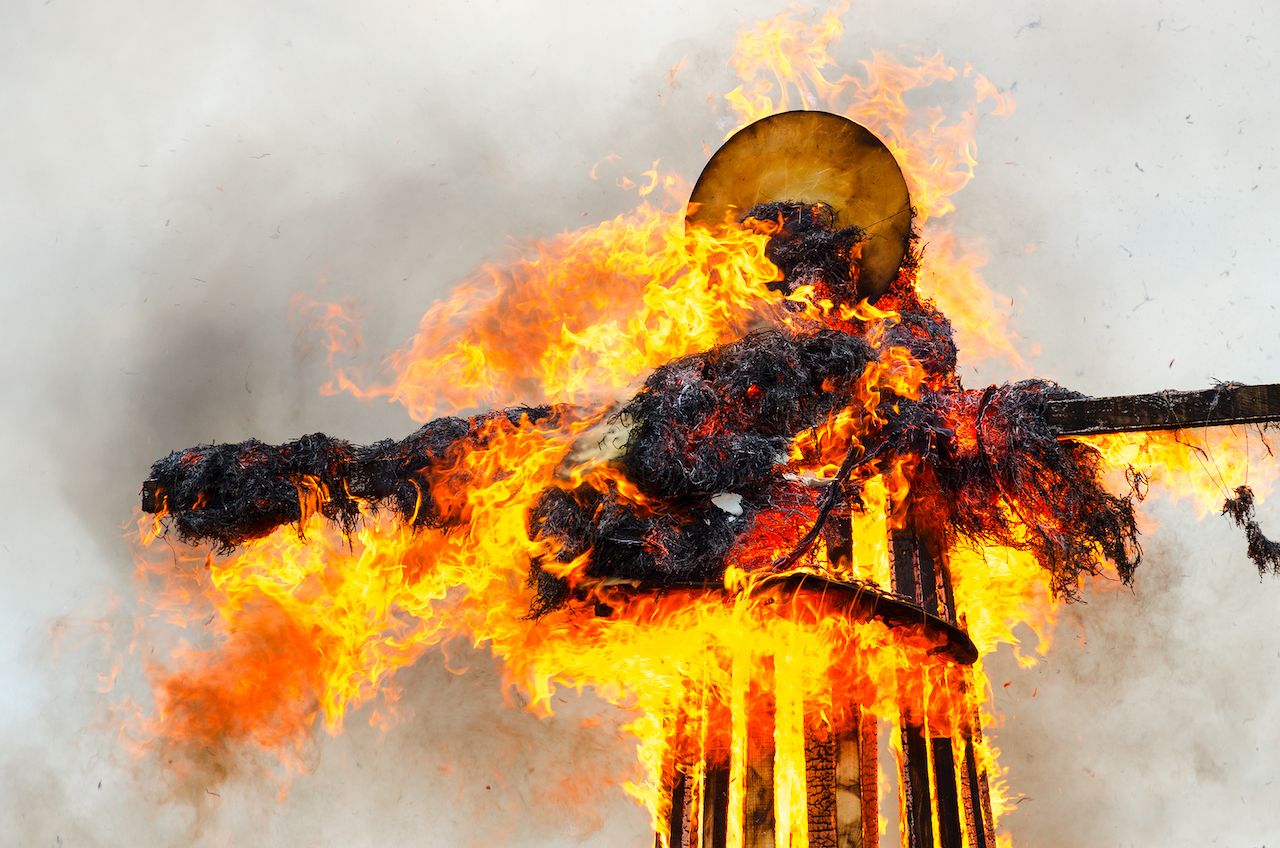 Panama really embraces the “out with the old, in with the new” philosophy for its New Year’s celebration, though it’s bound to offend more than a few people. To represent the death of the old year, and drive away evil spirits of the past, it’s tradition in rural parts of Panama to burn effigies of famous people — including political figures and television characters. People typically place a sign in front of each effigy, on which they write something bad that has happened to them in the past year. The best way to see the effigies is by traveling along the Pan-American Highway, where local competitions are held for the most creative effigy, with cash prizes.

Scotland’s Hogmanay — or “last day of the year” — parties are world-renowned, especially the celebration in Edinburgh. Thousands of people line the streets for concerts, fireworks, and general rowdiness. In addition to the larger Hogmanay celebrations, Scots also traditionally host bonfire ceremonies, where people march around swinging giant fireballs on poles. This is meant to symbolize the sun, and bring good luck in the new year. 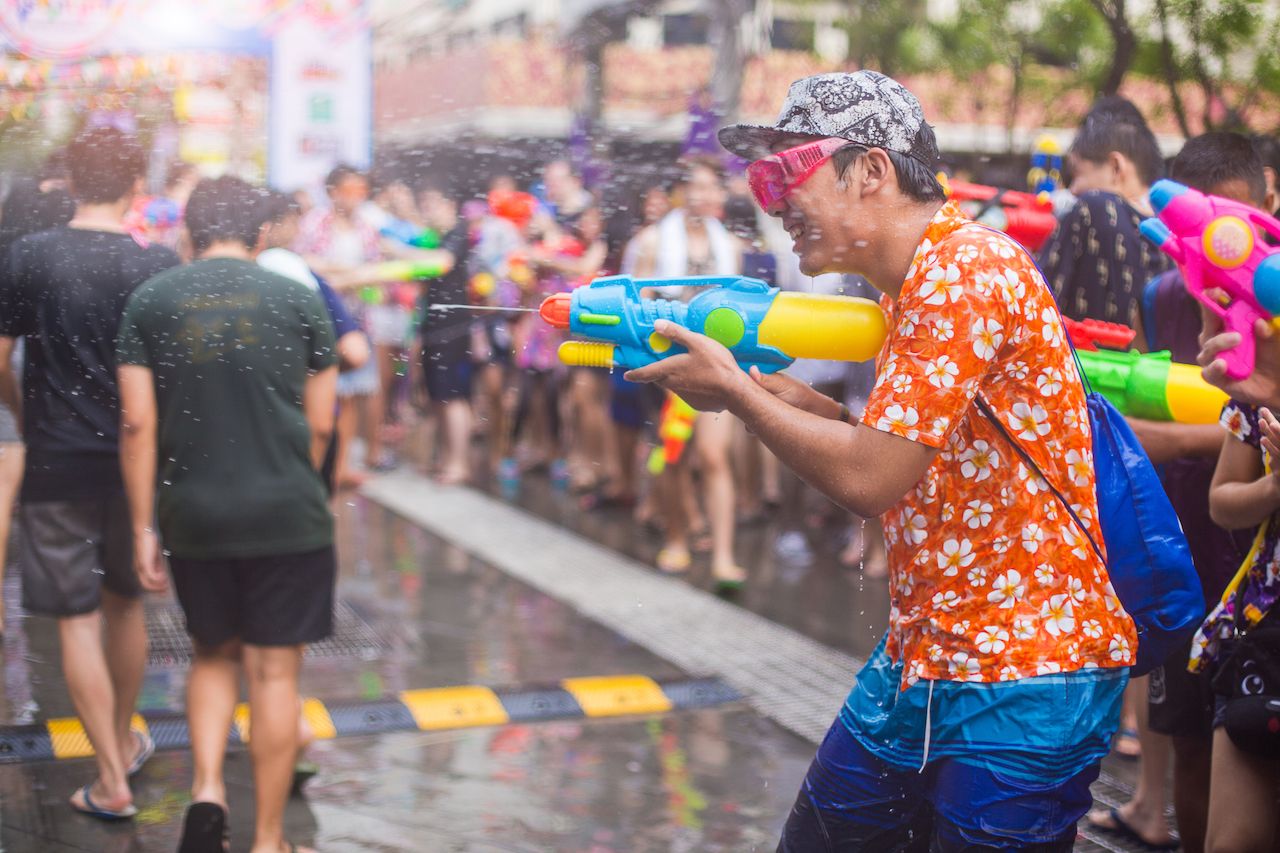 Although Thailand’s New Year’s celebration takes place in April, that doesn’t mean it’s any less festive. To celebrate the Thai New Year, known as “Songkran,” Thai people take to the streets and douse each other in water. These days, this manifests as a massive water gun fight. Everything from super soakers to fire hoses are used in the city-wide battles. If getting drenched from head-to-toe isn’t your idea of an enjoyable New Year’s celebration, there are also parades of Buddha statues and good old-fashioned dancing in the streets. The water tradition has its roots in the idea that water symbolizes purification, and is used to cleanse homes, temples, and even people for a fresh start to the new year.

If you’re celebrating New Year’s Eve in the Philippines, and you start seeing round shapes popping up everywhere, you’re not going crazy. Filipinos believe perfectly round shapes are a symbol of prosperity for the coming year, so don’t be surprised if you see coins, fruits, dotted patterns, and other round representations around the country. People often wear clothing with polka dots or other round shapes, and many families have piles of round fruit adorning their dinner tables. Like the Spanish, some families eat exactly 12 grapes at midnight for good luck. 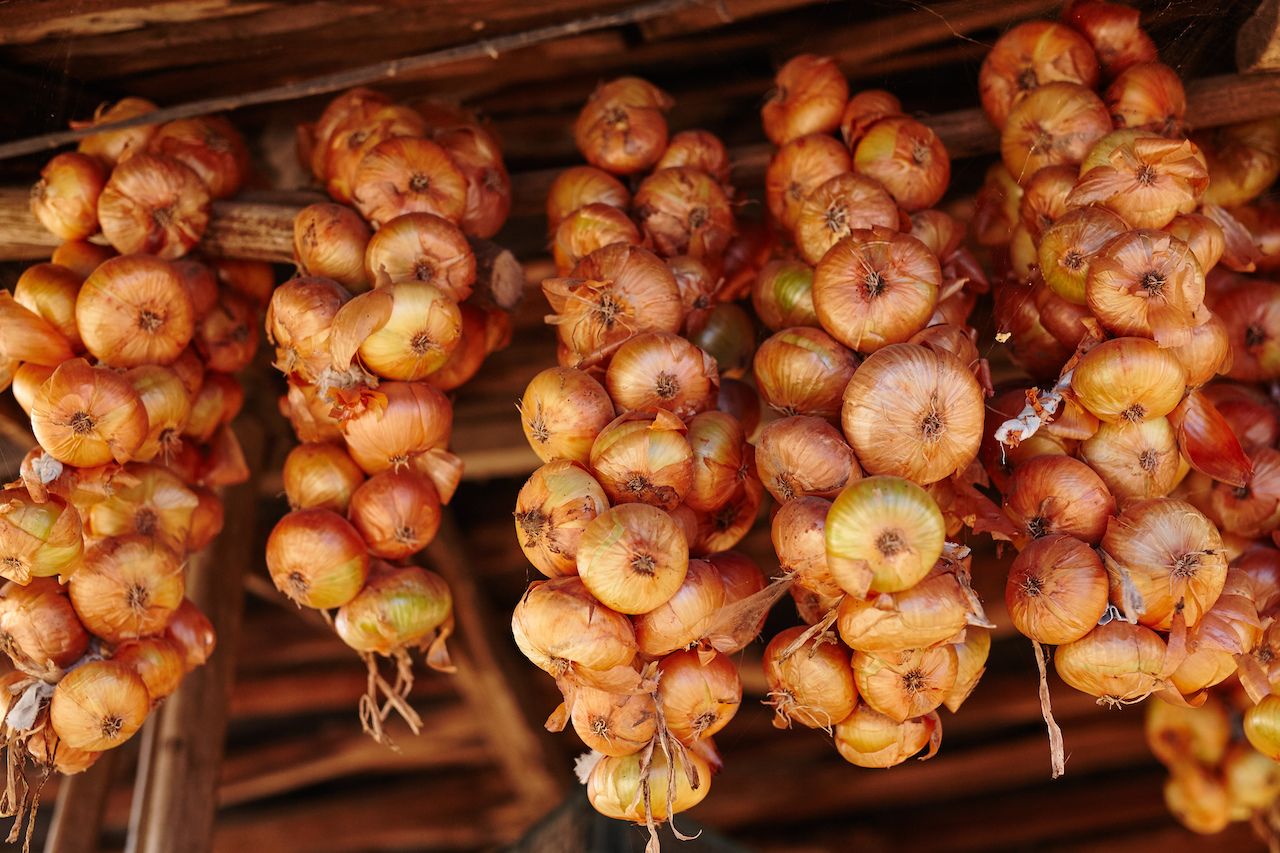 Imagine being woken up on January 1 by an onion banging against your head. That’s how children in Greece start their New Year. Traditionally, parents wake their children on New Year’s Day for church by tapping them on the head with an onion. Onions are also hung over the front doors of homes. The vegetable holds a special importance for Greeks, as it is considered to represent growth, rebirth, and fertility. This is because the bulbs always seem to want to sprout, eager to put down roots and grow, even when left unattended.

You might say that pigs are the onions of Austria. Pigs are ubiquitous on New Year’s Eve in Austria, representing progress and prosperity. Roasted suckling pig, pork ribs, or pork chops, are traditionally served on New Year’s Eve, and dinner tables are commonly decorated with cookies, chocolates, or marzipan — all shaped like pigs. Pigs play a similarly important role in the New Year’s traditions of other countries as well, including Cuba, Hungary, and Portugal. 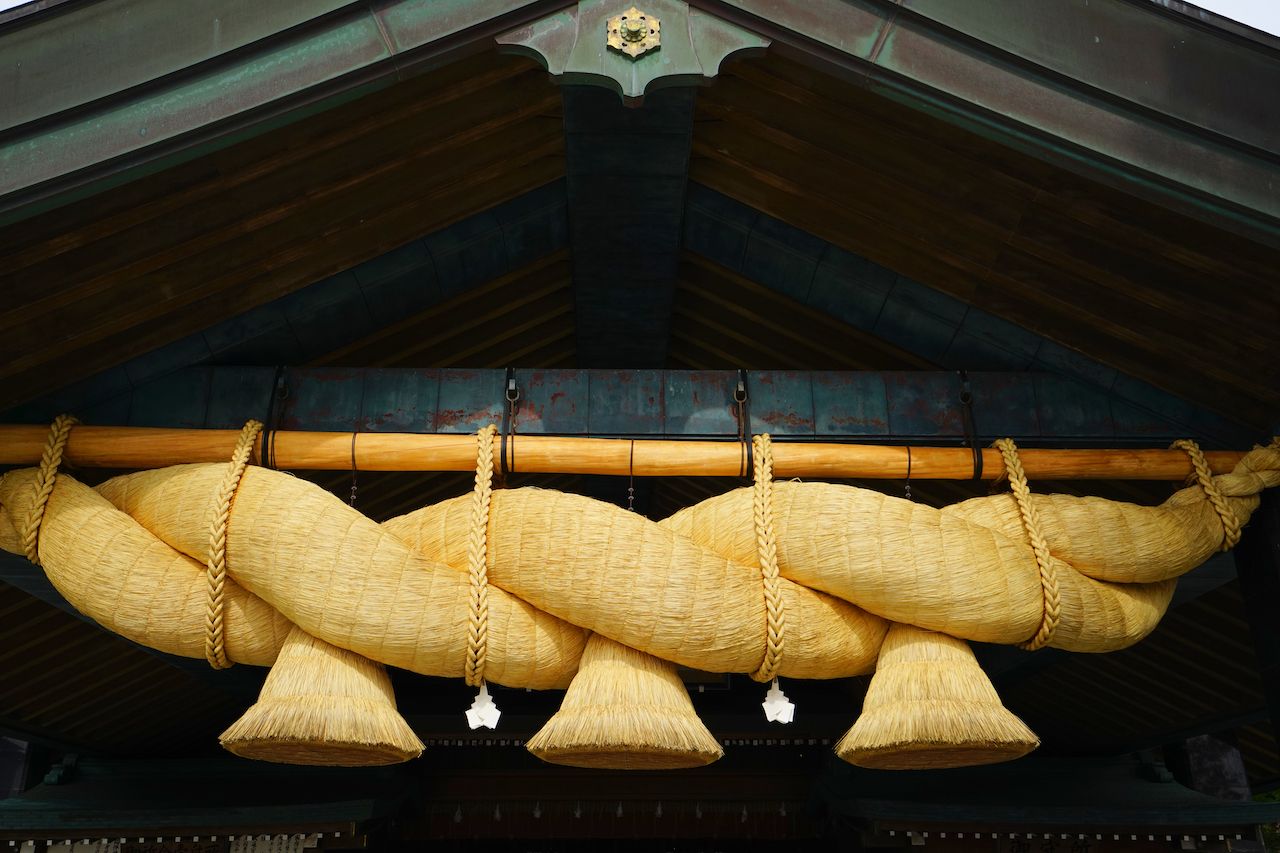 In Japan, New Year’s Eve is another excuse to indulge in delicious noodles. Just before midnight, people eat a bowl of toshikoshi soba noodles — known as “year-crossing noodles.” To drive away evil spirits, straw ropes are hung over the entrances of homes, and people go to temples and ring the bell 108 times, symbolizing the 108 sins in Buddhist religion. Those who practice the Shinto religion typically arrange green plants and bamboo around their homes, representing new life and honesty.

Music + NightlifeThe Best Winter Music Festivals To Hit When the Weather Gets Cold
Tagged
Festivals Holidays
What did you think of this story?
Meh
Good
Awesome