If you’ve been to Italy, one of the things you likely noticed is how proud Italians are of their coffee. Coffee in Italy is seen almost as a religion, and over the centuries, Italians have created an entire set of rules around ordering, brewing, and drinking coffee. There are differences in the rules between the north and the south, but certain commandments are universally held true whether you’re in Milan, Bologna, Rome, Naples, Catania, or any other major city. Master these dos and don’ts and you’ll avoid looking like a clueless tourist when all you want is to order a coffee.

DON’T ask for a “coffee” unless you want an espresso.

In Italy, there’s just one type of coffee: espresso. If you go to a bar and ask for a coffee or a caffè, that means you’re asking for an espresso. The barista will never ask you which type of coffee you want, and cappuccinos, caffè lattes, mochaccinos, and the like are not considered coffee in Italy.

DO drink your coffee standing up.

Italians love to drink their caffè while standing at the bar. The reason is simple: The amount of coffee is very small and it’s drinkable in less than a minute. People talk with the barista while they drink, and the talking itself is an experience within an experience and perfectly represents what coffee is for Italians. Coffee is a social activity and has to be treated as such.

It’s worth mentioning that if you sit down and have a server taking your order, you usually pay about double the price — more if you’re a tourist in a touristy area.

DON’T ask for an Americano.

Italians don’t usually drink Americanos, and unless you’re in an American bar or bakery, you’re not going to get one even if you order a long coffee (or caffè lungo). A caffè lungo is basically a double espresso, which tourists call “lungo” and locals tend to call doppio, as in a double espresso. If you ask for an Americano, don’t expect to be amazed by what you get. Most of all, be prepared to be denied an Americano.

DO try the summery coffee-based beverages.

Espresso is enjoyed year-round, but Italians love to have cold coffee in the summer. It’s amazing how many variations you can try in Italy. Crema di caffè (literally, cream of coffee) is among the most famous and is made with a sugar-based creamy coffee served cold. It’s thick, and it can also be enjoyed as a small dessert.

The simplest is iced coffee, which is made with espresso. Then there’s the shakerato, made with hot espresso blended with ice. Every area has its own regional cold coffee. If you’re in Apulia, for example, try the caffè leccese made with hot coffee, ice, and almond milk. So simple, yet so good. 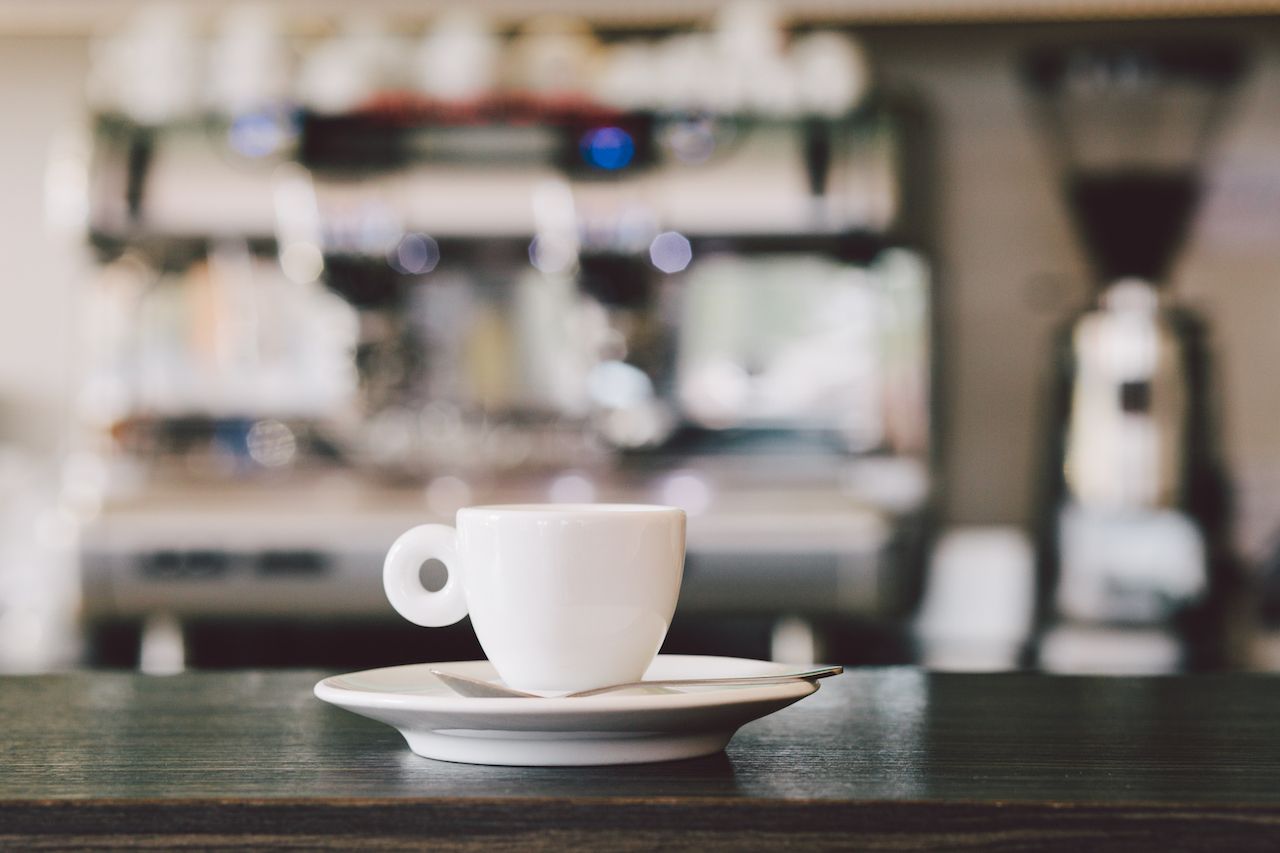 Italians are known to have their cup of milky coffee in the morning, but never in the afternoon or after a meal. Before 11:00 AM, you can find at least three different types of milk coffee. There’s the cappuccino, made with equal parts espresso, steamed milk, and foamed milk. Then there’s the caffè latte, espresso with more steamed milk and less foam than a cappuccino. Finally, there’s the latte macchiato, which is basically steamed milk with just a splash of espresso. None of these are acceptable to drink in the afternoon, especially after a meal.

DO pay before telling the barista your order.

One of the most important rules at a coffee shop is to pay at the register before telling the barista what you want. The general way of doing things is to order and pay at the cashier, keep your receipt, and hand that receipt to the barista. If you have particular requests, such as serving your coffee in a glass rather than a cup as many Italians do, tell the barista when you hand the receipt over.

Know that in the south, coffee is often served with a glass of sparkling water to cleanse your palate before drinking your coffee.

The simpler the better when it comes to Italian coffee. Never ask for a frappuccino, vanilla latte, flat white, and so on and so forth. Even if Starbucks is now a reality in Italy, you won’t find any special coffee in a traditional Italian coffee shop. The only exceptions are almond coffee in Apulia, a marocchino (a cocoa, milk, and chocolate drink) in the northern part of Italy, a caffè alla nocciola (espresso with hazelnut cream) in Naples, and coffee-based cold drinks in the summer.

DO leave a tip and be polite.

Leaving a tip in Italy is not mandatory, but the majority of Italians place their receipt on the counter while ordering and leave small change (usually between 10 and 20 cents) on top of the receipt. It’s a nice touch and a way to thank the barista for their service. It’s also polite to leave as soon as you’ve finished drinking your coffee to let someone else take your place at the bar.