Nobody goes to the British Virgin Islands to stay indoors. When you’re ensconced in islands of bright green mountains crashing into perfect azure waters, it’s like visiting an all-you-can-eat nature buffet. So you’ll want to stuff yourself full of it before getting back on your cruise ship, or on a plane back home.

The BVI is known worldwide for its white sandy beaches, like White Bay on Jost Van Dyke island and Smugglers Cove on the main island, Tortola. But beyond those, the islands have some lesser-known outdoor attractions that you absolutely must do while you’re there. Here are our picks for the top six. 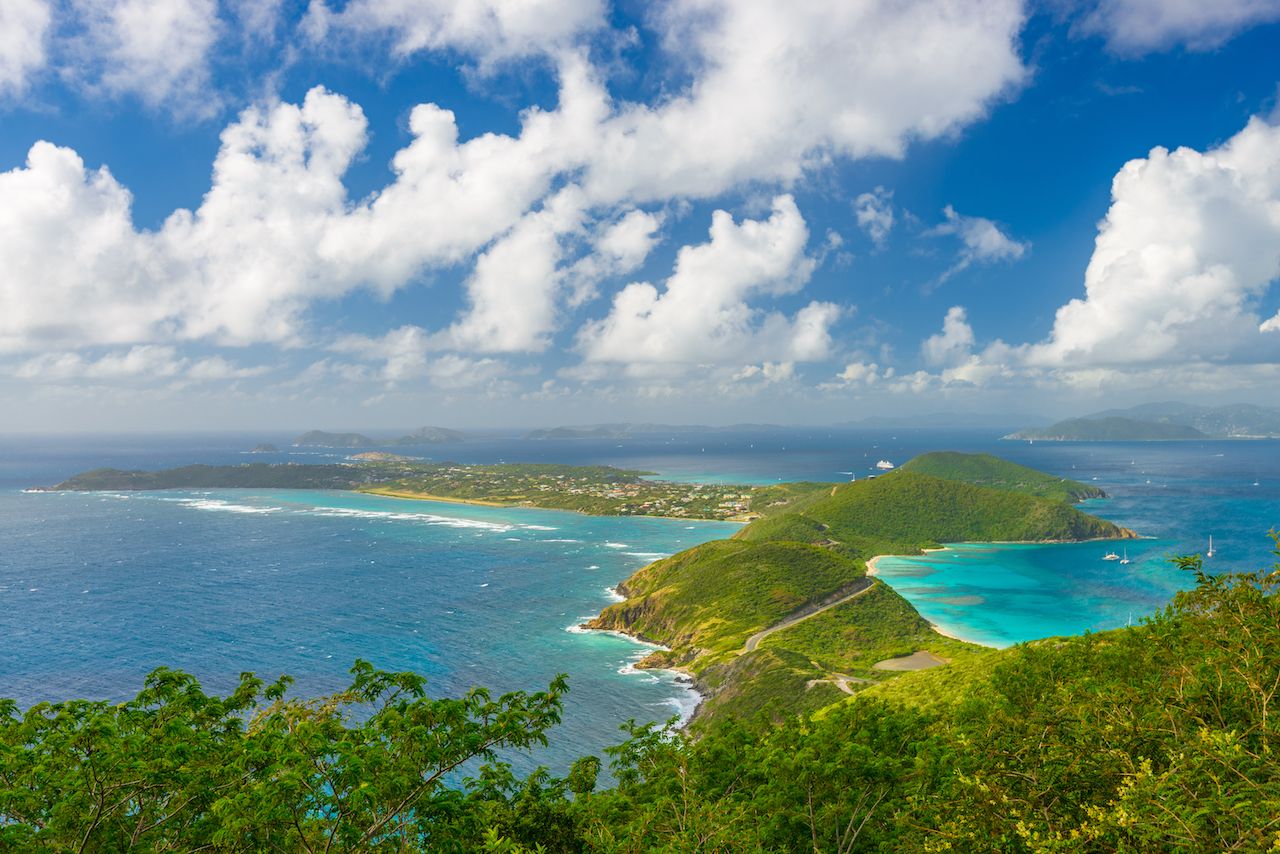 You might think going to the BVI to climb mountains would be a little like going to Nepal for a tan, but if you want to burn out your quads on the way to a spectacular view, the BVI has options. The best among them is Gorda Peak National Park, set smack in the middle of Virgin Gorda island. The park encompasses 254 acres, including the 1,370-foot summit at Gorda Peak.

The hike is about a half mile and won’t take you half an hour, but the view at the top is one of the best in the entire Caribbean, where on a clear day you can see out to the US Virgin Islands and beyond. You’ll climb through a sort of tropical desert, full of cacti, lizards, and several different orchids. We wouldn’t call it a strenuous hike, per se, but who really wants to have to earn anything on vacation anyway?

2. Hike to The Baths — Virgin Gorda 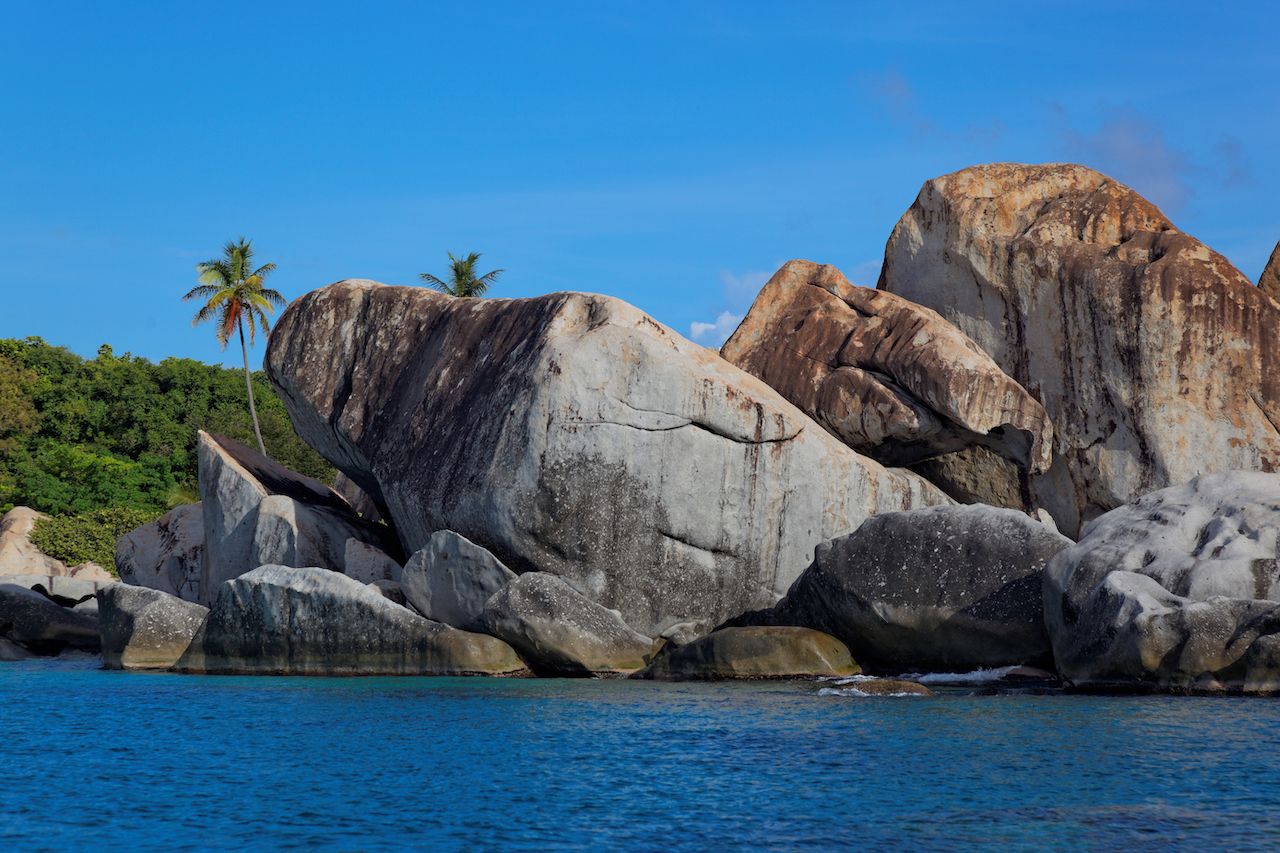 The BVI’s most recognizable natural landmark is the beaches at The Baths, giant boulders set next to swaying palm trees in a setting presumably ripped from a pirate movie. But laying out at The Baths is a small part of the experience, as stolling among the boulders through waist-deep water will have you basking in beams of sunlight in made-for-Instagram moments.

Getting to The Baths isn’t just a matter of pulling your car up either. It involves a fairly lengthy — though not that challenging — hike through tropical terrain, where you’ll encounter the occasional lizard and more than a few butterflies. Once at the beach, swim out to the outlying boulders and spend some time diving into the water. It’s as close to feeling like summer camp as you’ll get on a Caribbean vacation.

3. Snorkel in the bluest water — Virgin Gorda and the smaller islands 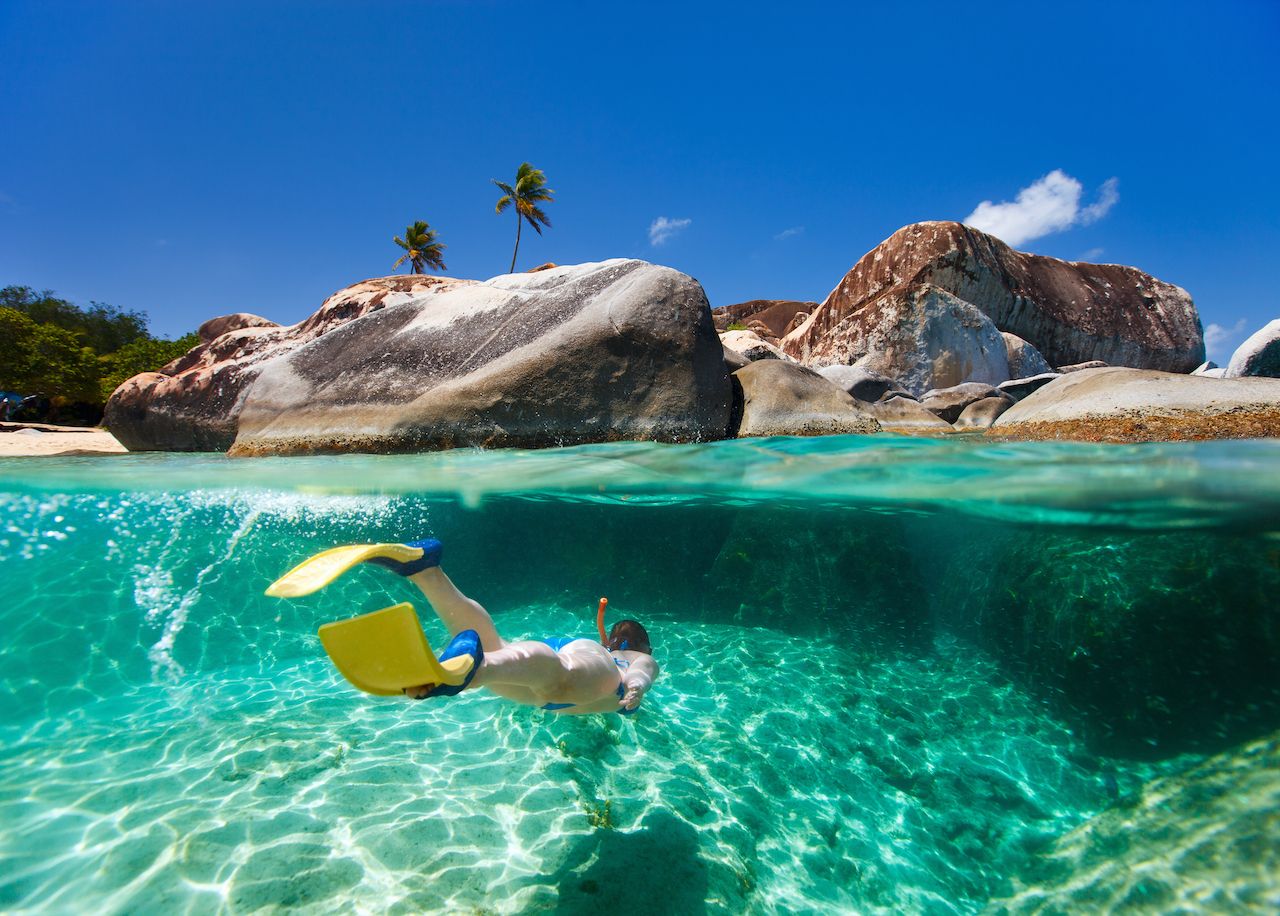 Beyond it’s white sand, the BVI is known for blue water and the colorful fish in it. The Baths is also a popular snorkeling spot as the waters there are calm, clear, and shallow. You’ll find the best snorkeling, though, in the coves and beaches of the BVI’s smaller islands, where you’ve got fewer visitors and the reefs are more pristine.

You can check out the sea caves of Norman Island, rumored to have buried treasure, and swim with different varieties of angelfish at Angel Reef. Salt Island has the RMS Rhone shipwreck, along with the stingrays and sea turtles that populate the area. Peter Island and Ginger Island are also packed with bright coral, and you’ll see vibrant clownfish and parrot fish at Cooper Island. 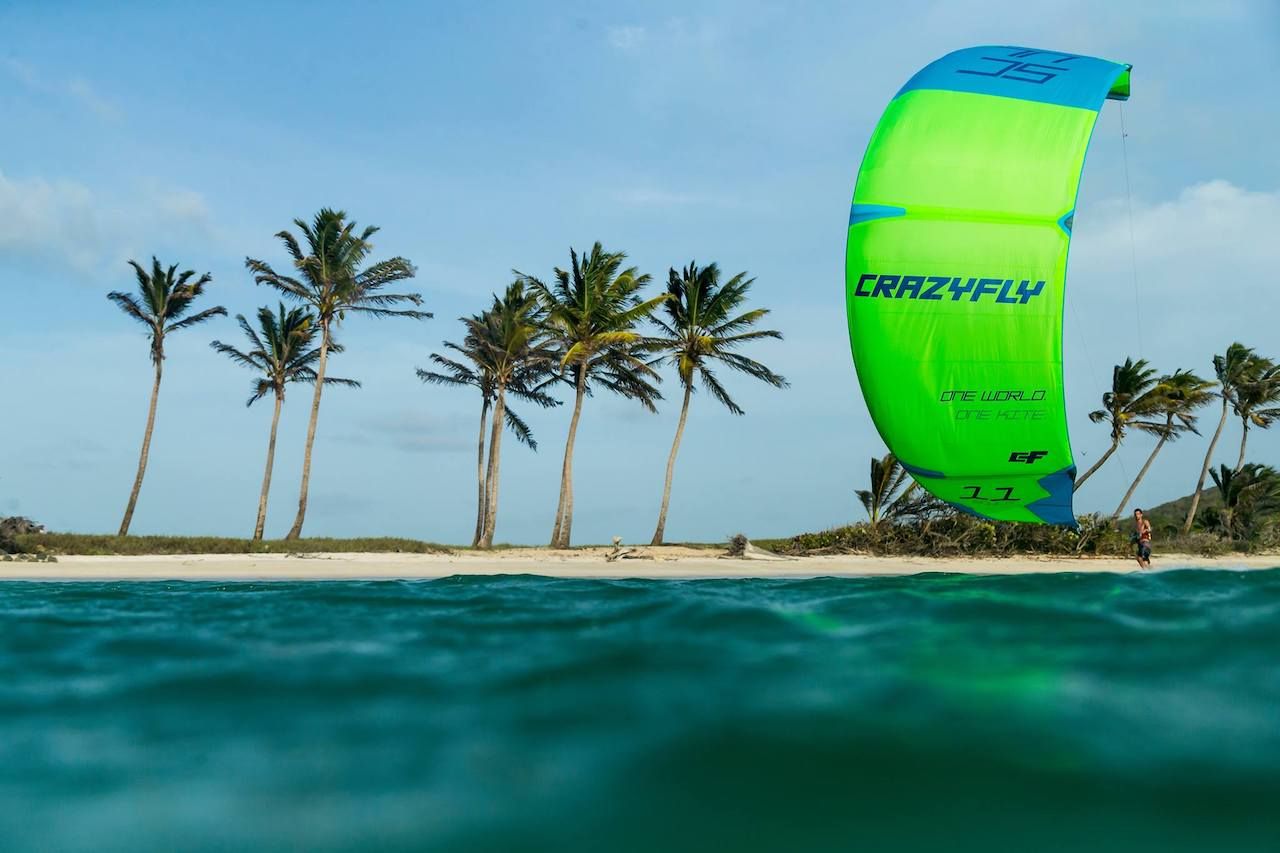 The British Virgin Islands aren’t a worldwide sailing destination because the people have an odd fascination with Sperrys. It’s because of the wind! And those same winds that make the islands a yachtsman’s paradise also make it ideal for kitesurfing. Outfits like Kitesurf BVI will give you lessons in the calmer bays of Anegada or take you on an all-day adventure out to more-challenging waters near Spit Cay or North South.

If you’ve never done it before, no worries. Plenty of lessons are available. Or if you’ve done this a time or two, you can rent gear and hit the turquoise waters yourself. You can even take an entire kitesurfing vacation at the Anegada Beach Club, where the in-house Tommy Gaunt Kitesurfing School has daily lessons and longer-term schools, so you can leave the BVI a full-fledged expert. 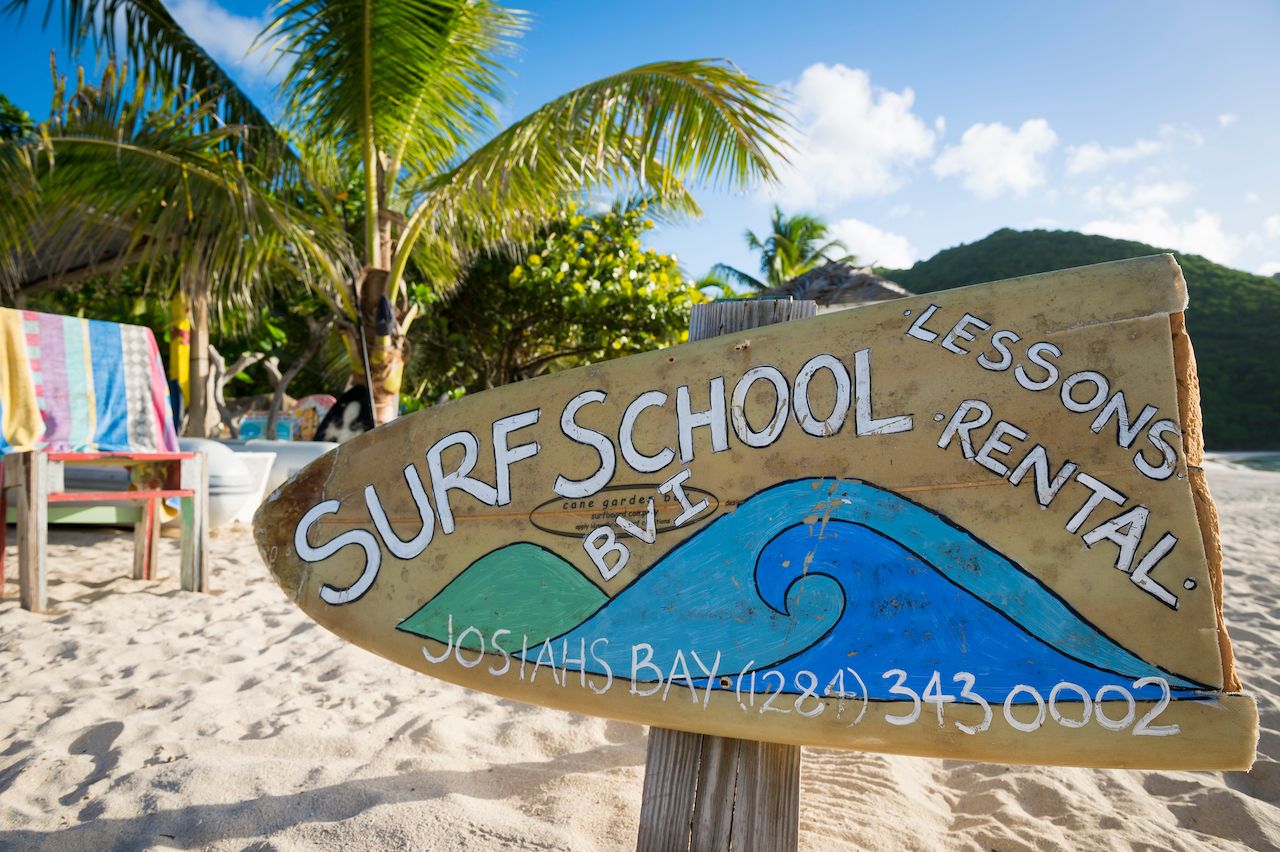 Perhaps the most unexpected outdoor feature in the BVI is its surfing. The Caribbean isn’t exactly known for its killer waves, but head to Josiah’s Bay on Tortola and you’ll find some pretty respectable breaks. Or at least breaks big enough to learn on. Surf School BVI offers lessons for everyone from beginners to experienced surfers, where you’ll learn to read the ocean from guys with names like Alex Dick-Read and Jackie Sparrow.

If you’re the type who wakes up at 5:00 AM, puts on a wetsuit, and surfs until breakfast, this might be a little easy for you. But if you are that type and ever wanted your kids to try and surf with you, this might be the ideal opportunity.

6. Zipline through tropical forests with views of the islands — Tortola 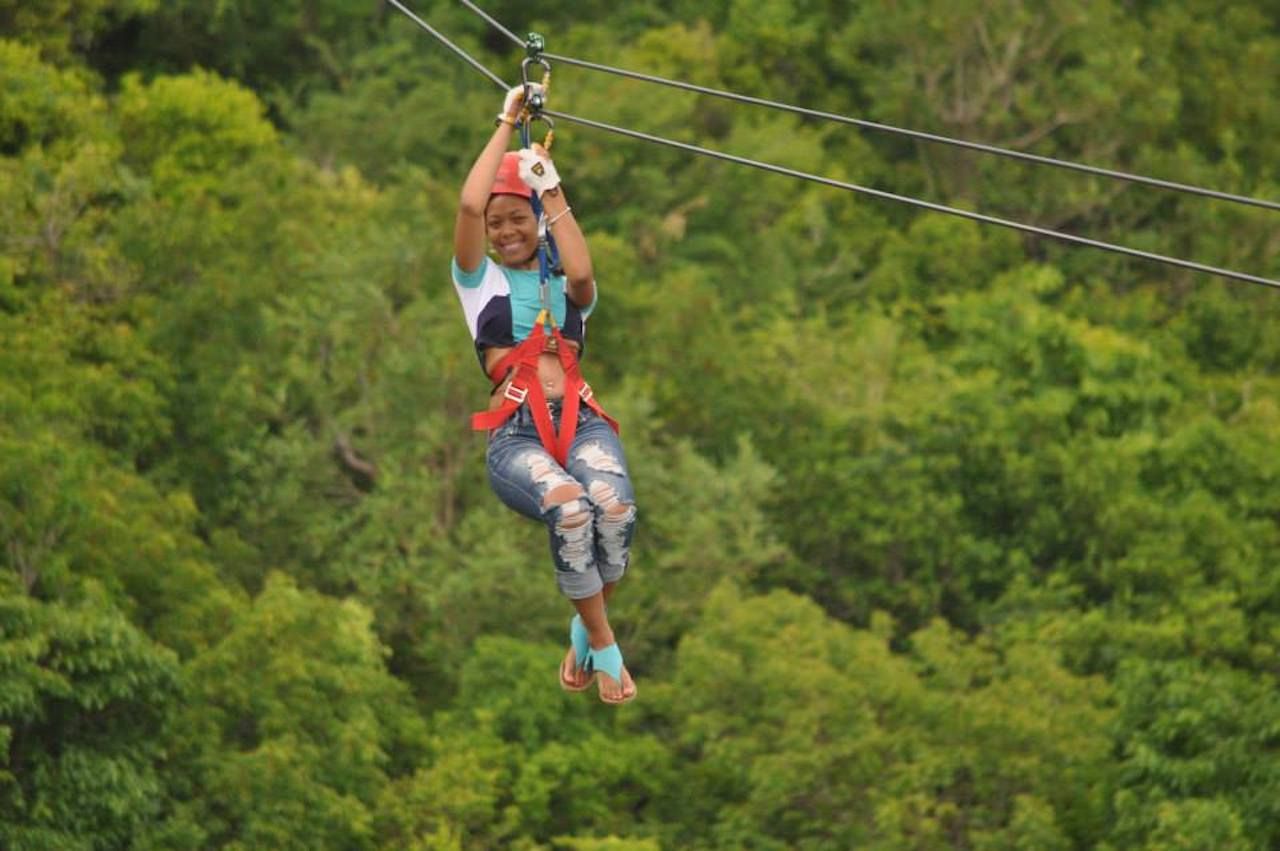 More than a simple zip-line through trees, Tortola’s Original Virgin Canopy Tour is a 90-minute treetop tour of the island, done from a spectacular vantage point. The tour sits high atop Johnson’s Ghut, overlooking Road Town Harbour, and was designed by Darren Hrenuik, who also designed the first canopy tours in Costa Rica.

You and your family will strap into low-speed zip-lines, scaling platforms high above the rainforest canopy. From there you’ll clip into line after line, traversing the hillside as you marvel at views of the azure water and green mountains below. It’s the perfect way to get the lay of the land without being stuck in a bus, but it still won’t wear out members of your group who might not be in top condition. Just be forewarned: On days when cruise ships are in port, lines here can get long.

7. Fish both inshore and offshore — Offshore and Anegada 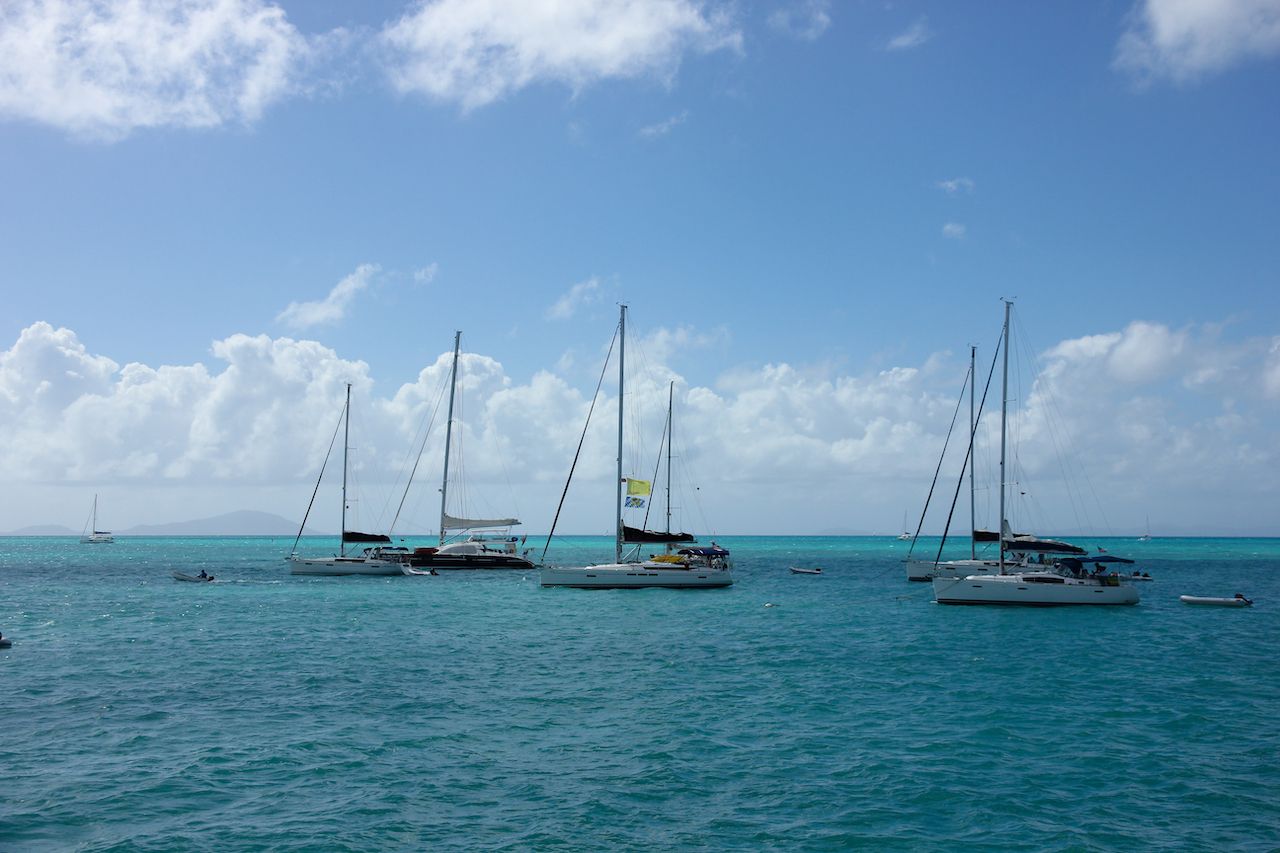 The problem with fishing tales in 2019 is that we have ways of instantly proving how big that “monster” fish really was. In the BVI, though, no photoshop will be required as the waters are home to sport-size fish from marlin to wahoo to bluefin and yellowfin tuna.

Of course, for some people, spending the day on bumpy waters, catching more seasickness than fish, doesn’t sound like much of a vacation. The mangrove flats on Anegada make for a much calmer day of casting, and you can even try your hand at fly-fishing in some areas. You won’t be catching the monster marlin you would offshore, but you’ll still get plenty of kingfish, snapper, tarpon, and grouper, perfect for grilling up as a late lunch.

Beaches and Islands11 Epic Experiences That Prove Curaçao Should Be Your Next Caribbean Vacation
Tagged
Beaches and Islands Outdoor Insider Guides British Virgin Islands
What did you think of this story?
Meh
Good
Awesome

The British Virgin Islands Has Finally Reopened Its Borders To Tourism