After 80 years on display, Oxford’s Pitt Rivers Museum has removed several tsantsa, or “shrunken heads,” from display. Although the tsansa have been very popular artifacts with visitors, when the museum reopens on September 22, they will be moved and will not be available for public viewing until further notice. 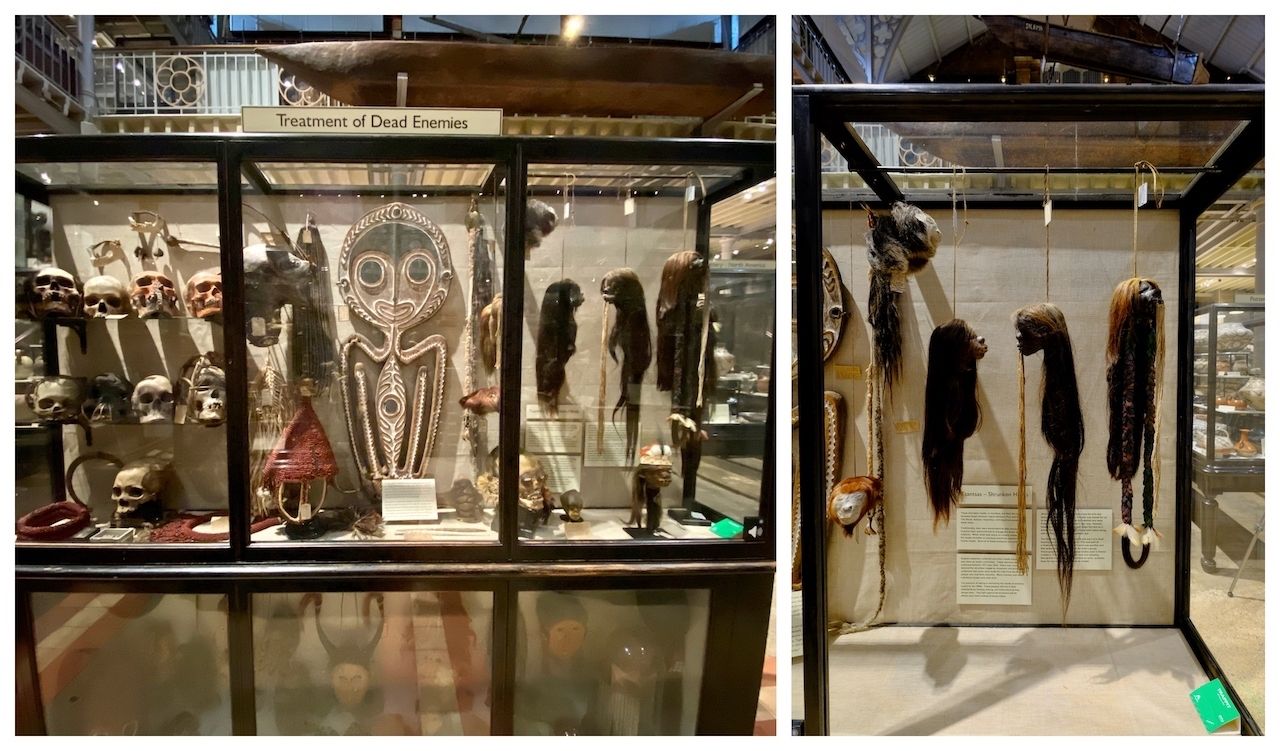 Between 1884 and 1936 the museum acquired a total of 12 tsantsas — seven human heads (only three of which are deemed authentic while the rest are thought to be forgeries made from bodies taken from morgues) and the rest belonging to sloths or monkeys.

An ethical examination has been made of the museum’s entire inventory, resulting in the heads being removed. According to the museum’s audience research, visitors often viewed the heads as an indication of the “savagery” and “primitiveness” of other cultures, reinforcing serious racist stereotypes.

In a press release, the museum explains its choice by saying, “although popular with some, visitors mostly understood the Museum’s displays of human remains as a testament to other cultures being “savage,” “primitive” or “gruesome,” revealing that the displays did not align with the Museum’s core values of enabling our visitors to reach deeper understanding of humanities’ many ways of being, knowing and coping but reiterated racist stereotypes.”

Shuar delegates were consulted before the artifacts were removed to ask how they wanted their cultures to be represented within the museum. Shuar Indigenous leaders, Miguel Puwáinchir and Felipe Tsenkush, said: “We don’t want to be thought of as dead people to be exhibited in a museum, described in a book, or recorded on film… Our ancestors handed over these sacred objects without fully realizing the implications.”

There has not been any request for repatriation for the tsantsas previously displayed in the museum.

The removal of the tsantsas from display at the Pitt Rivers Museum is part of the institution’s decolonization process. Other human remains have been taken down before the reopening of the museum.

The best Airbnbs in Belfast, from the Titanic Quarter to Shankill Road home

London calling! Get great rates at these luxury hotels in the English capital

The castles, palaces, and giant houses where the British royal family lives