Las Vegas-based photographer and rock climber Luke Rasmussen is on a mission to prove that long-exposure photography can be one of the most unique ways to capture nature. Rasmussen has visited several popular climbing spots around the United States and captured his climb through extreme long-exposure shots, tracing his climbing route with vibrant colors. Rasmussen shoots with a 42-megapixel Sony a7R II. View more of Rasmussen’s work at Motion Illuminated, where prints of these images are also available. 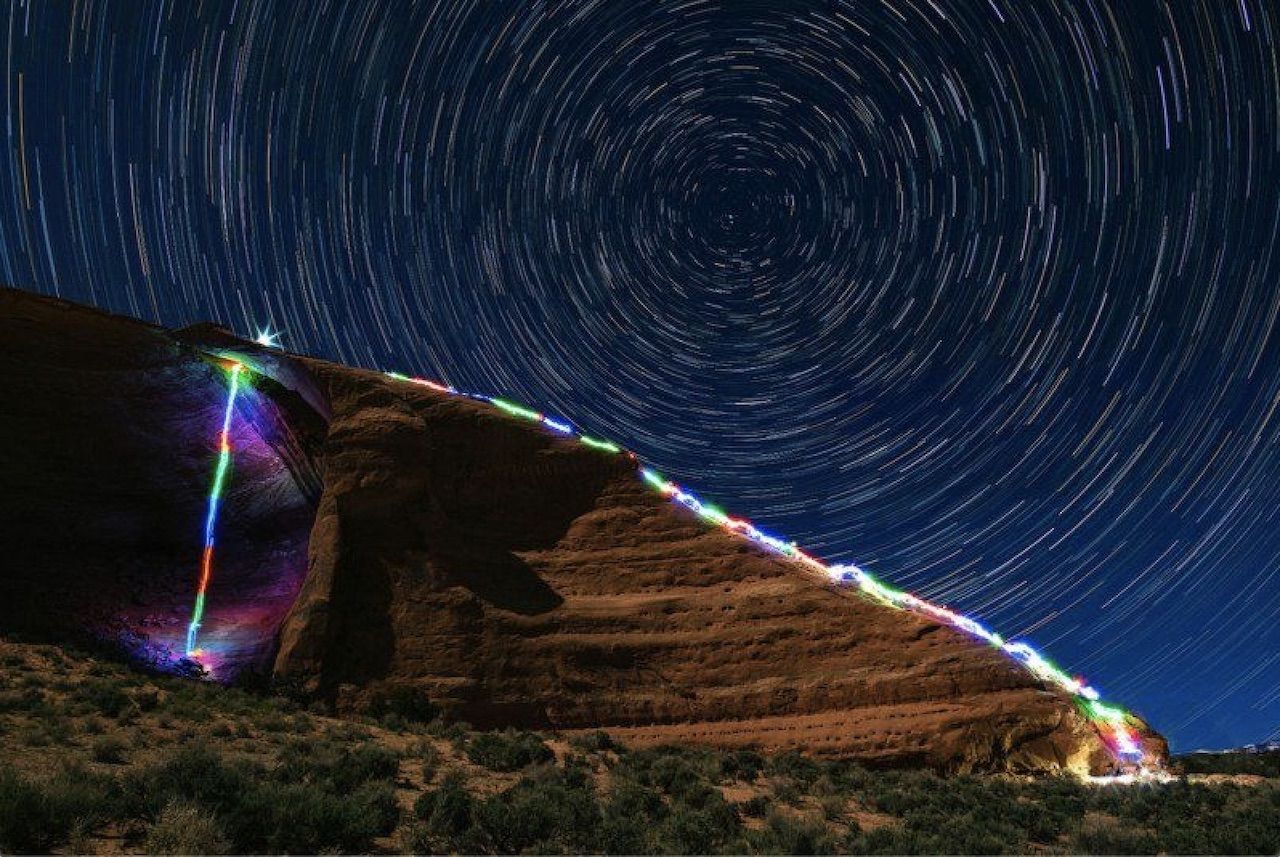 This shot shows Rasmussen’s line up Looking Glass Rock near Moab, Utah, and is titled “Through the Looking Glass.” The line was a 300-foot climb with a 120-foot rappel. 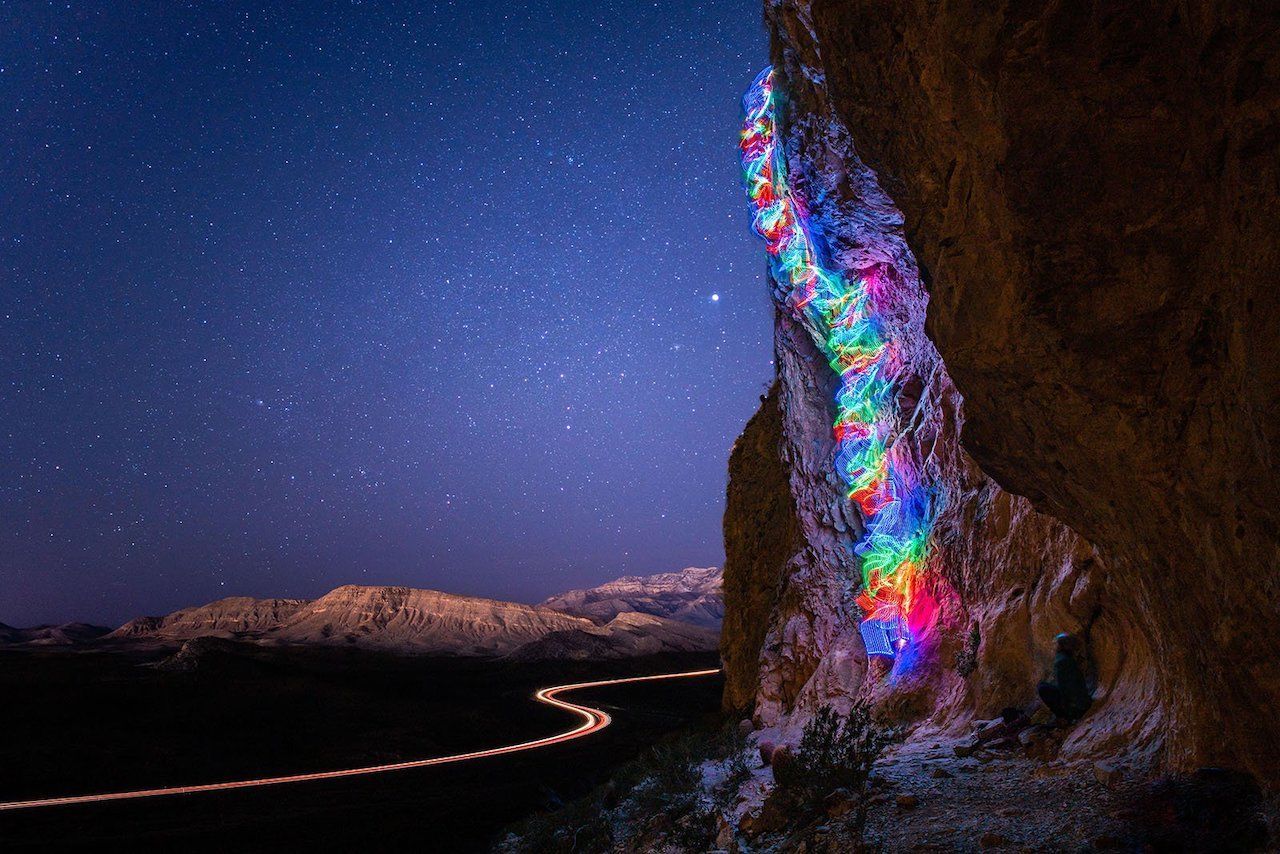 “Road to Pahrump” is a shot of Rasmussen’s ascent of the M16 route near Blue Diamond Cave, outside of Las Vegas. 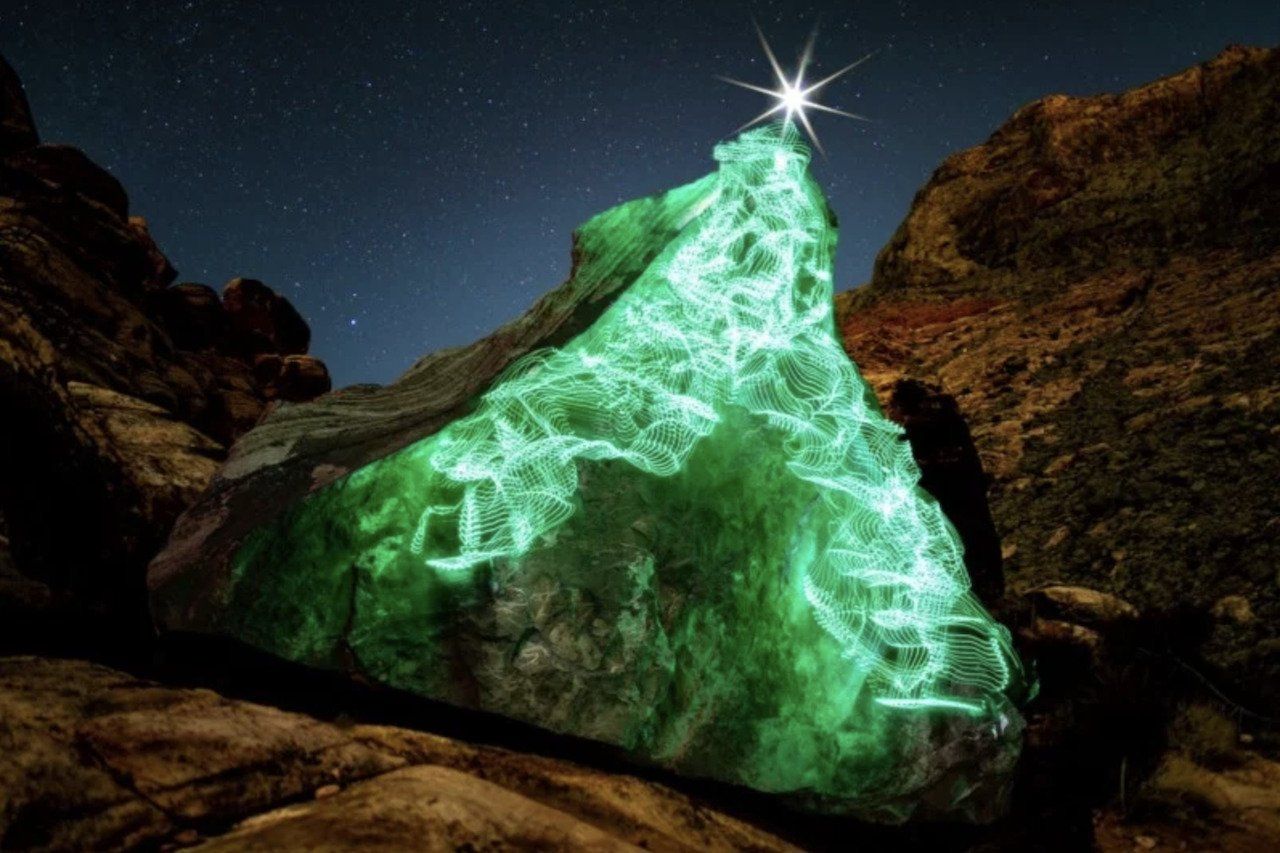 “Chop ‘n’ Trees,” as this one is titled, is from a route known as Pork Chop near Boulder, Colorado. 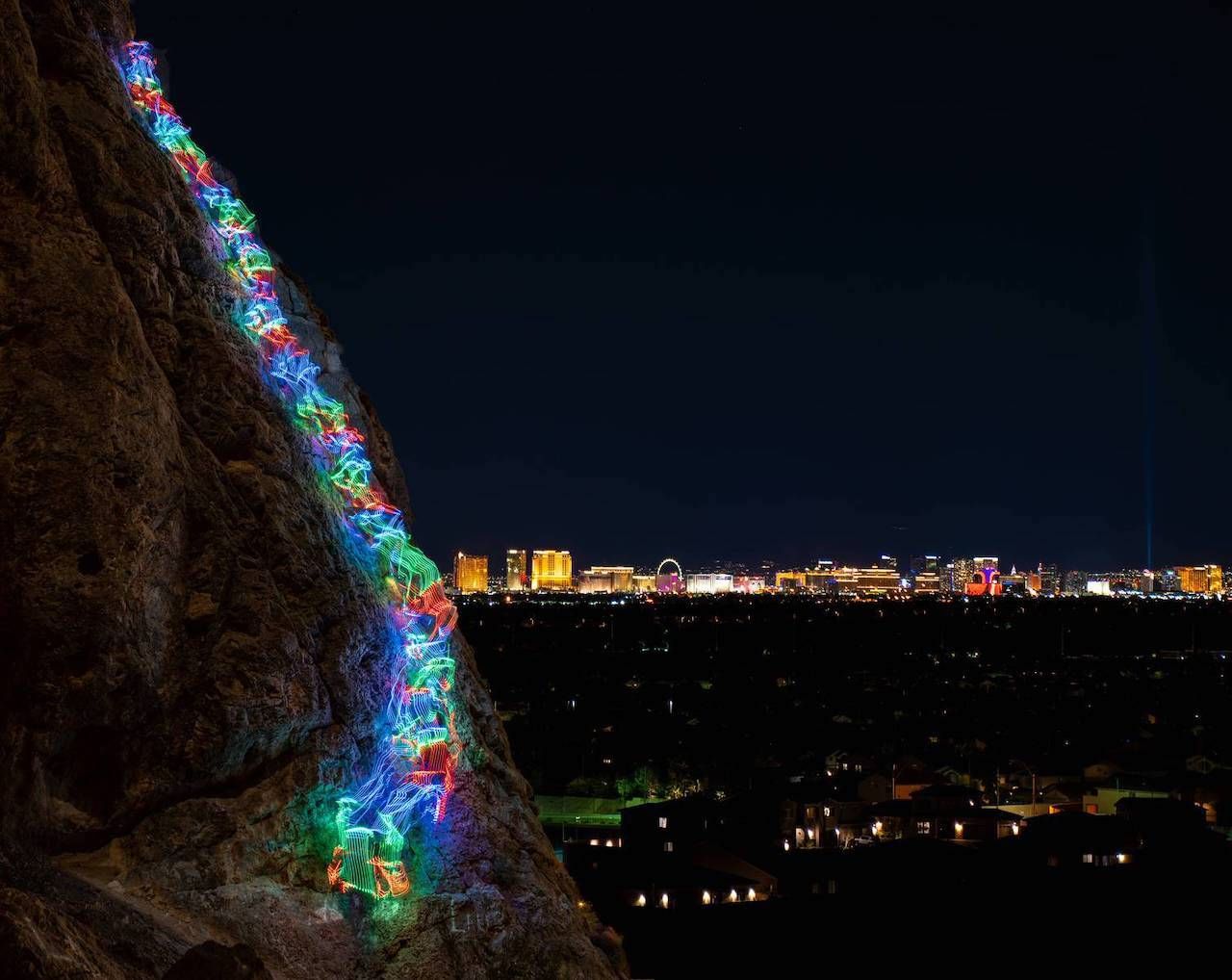 “City of Lights” contrasts Rasmussen’s long-exposure shot with the lights of Las Vegas in the background. 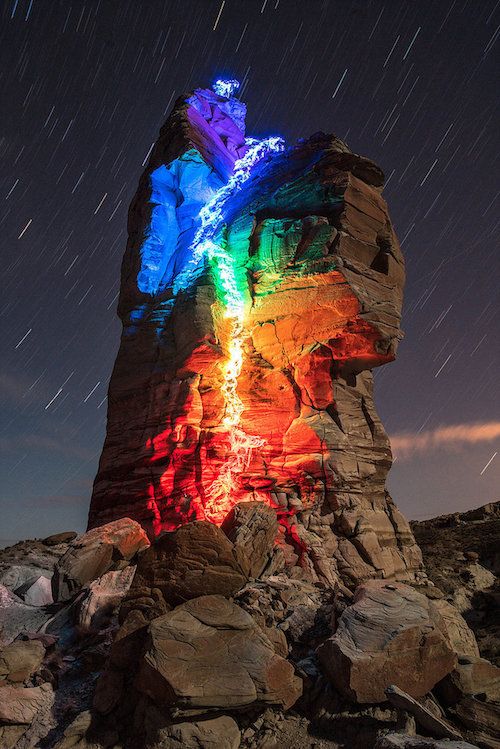 Desert Towers, near Page, Arizona, is a popular route that Rasmussen visited underneath a wide-open sky. “I hope that I made some UFO believers out of the many tourists that drove past and were witness to a mysterious 11-minute light show in the sky,” he said in this photo’s caption on his website.

Climbing17 of the World’s Best Cities for Rock Climbers
Tagged
Art + Architecture Climbing News United States
What did you think of this story?
Meh
Good
Awesome