There are things you learn in school you generally assume you’ll never need again. Like graphing a parabola, or reciting Hamlet. Also on that list, the invaluable skills gained playing pickleball, the miniature-tennis-like game you completely forgot about after that two-week unit in eighth-grade gym class.

Well, not so fast, because pickleball is having a moment beyond the middle school gym. People of all ages are catching pickleball fever, and hotels and resorts are meeting the demand by adding courts to their properties. And unlike the rather low-impact vacation sport of shuffleboard, it might just be your new favorite way of staying in shape while away from home. 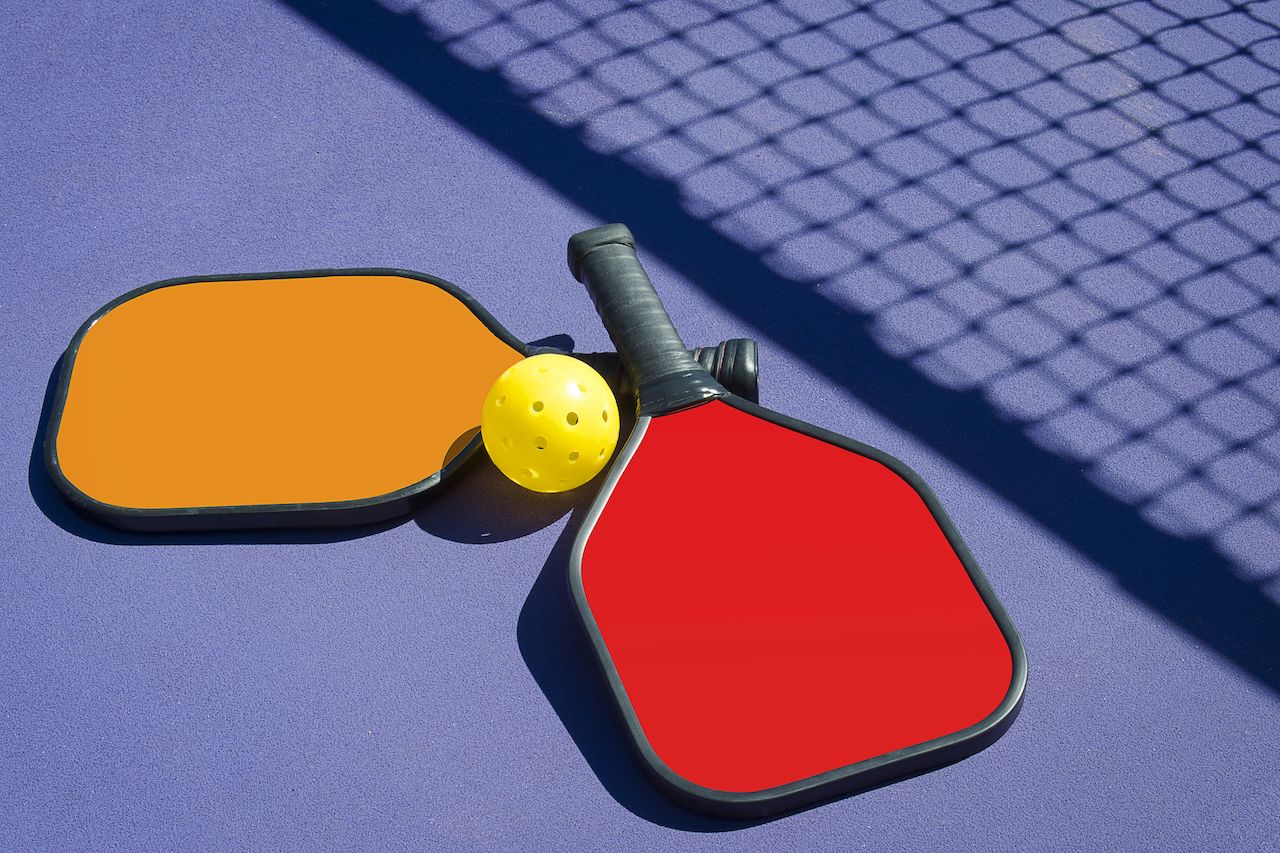 If you had any doubt pickleball was on the rise, none other than NBC News anointed it “the fastest growing sport you’ve never heard of” last year. The USA Pickleball Association reported a 650 percent spike in players over the past six years. And everywhere from city parks to exclusive tennis resorts are turning their tennis courts into pickleball courts to cater to the fast-growing, volleying masses.

“There’s a court at Santa Monica Memorial park, I used to go out there last year on a Saturday or a Sunday and there might be 50 people,” says Alex Stone, a competitive recreational pickleball player in Los Angeles. “Now, it can be 200, and everywhere I go, Denver, Seattle, or even England, it’s just exploding.”

Much like with sports like basketball, popularity in city parks is carrying over to vacation, too, as people who play at home are looking to keep their game sharp while away. At the Couples Swept Away resort in Jamaica, the sprawling, 10-acre tennis facility recently converted four of its courts into pickleball courts in response to guest demand.

“Three years ago we did some research and put in one court,” says Syrika Grizzle, the resort’s sports manager. “The numbers were increasing so much, we transitioned to four courts last year.”

She says much of that popularity stems from guests looking for new wellness options that won’t take years to master.

“It’s a simple game, and if you like to win you can win easily,” she says. “It’s not a lot of movement in terms of having a wide area in comparison to tennis, but you can get a very good workout in a very short period of time depending on who you’re playing against. It can provide you with all that cardio.”

The reasons for its rise in popularity aren’t necessarily due to an aging population looking for low-impact workouts. It’s as much a social event as anything else, albeit one where you can get some exercise while meeting new people.

“Pickleball is drop-in time, which is how it used to be with tennis,” says Jay Jaudon, the resident pickleball pro at the Longboat Key Club near Sarasota, Florida. “People got away from that because tennis is a longer sport to play. In pickleball, we can play a match in 20 to 30 minutes, and mix it around and meet new people.”

He says his pickup pickleball sessions typically draw around 30 guests, with half a dozen people showing up to his thrice-daily group clinics.

“People love going out there and hitting the ball over the net, they feel like they’ve accomplished something,” says Jaudon. “With tennis, it’s harder to master.” 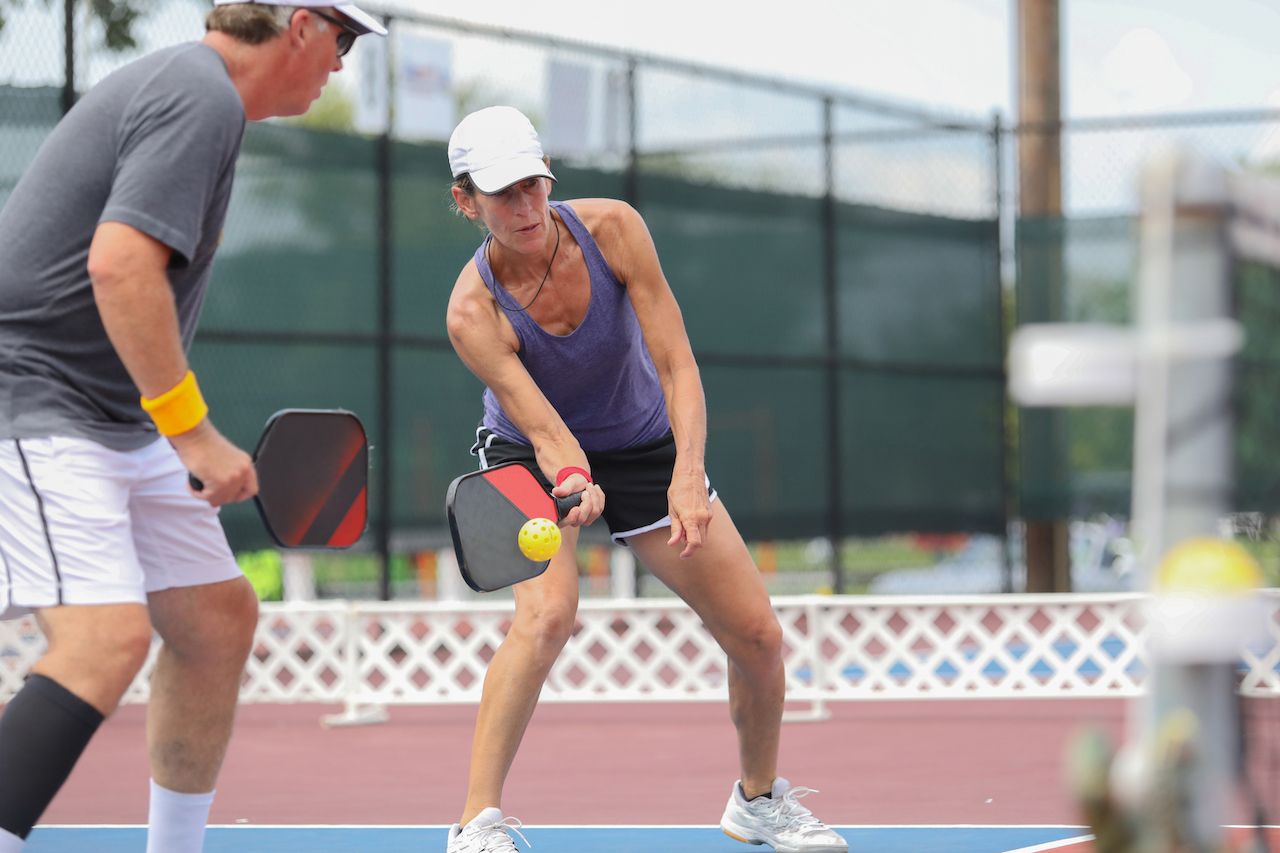 If you’ve forgotten the rules since gym class, the sport isn’t terribly complicated. It’s played on the same hardcourt as tennis, with special pickleball lines, 20 feet wide by 44 feet long. The game begins with an underhand serve, that must bounce once in the service box before it can be returned.

Once the ball is returned, the other team must let the ball bounce once, in bounds, before it can be returned. Then the teams are free to volley in the air until one team hits it out, hits the net, or lets it bounce twice. Players also aren’t allowed to step into “the kitchen,” an area within 7 feet of either side of the net.

Games are played to 11 points, and you must win by two. You can only score when you serve, kind of like how volleyball used to be. Most games are doubles, but singles are allowed too. Though it’s easy, it can be incredibly fast, and intensely competitive.

“It’s a game of strategy and punishment,” says Stone. “You’re gonna do great until you make a mistake. The object of the game is to bury the ball back into (your opponent’s) body, and it’s a plastic Wiffle ball, if you get hit that’ll really bruise you. I’ve gotten hit in the forehead once, that knocked me over, that was hard.”

This, of course, is when the game is at its most competitive. For many, it’s a much easier pace, typically without the intention of physically battering your opponent. For multigenerational travelers, it’s simply a fun way to enjoy quality time together.

“I recently saw families out there, the father, the son, and the grandson playing together in the same match,” says Jaudon. “I also saw some young, probably 5-year-olds playing with their grandma as well, which was great.”

The game is easy to pick up, with a standard racket and ball set running about $30. And even if you’re not staying at a resort that offers pickleball, pickup games have become easy to find in new cities. Stone says when he went home to London last year he couldn’t find one place to play. This year he found over 200. He also says it’s been a fantastic way to meet new friends both in his adopted home in California and in his old home in the UK.

So whether you’re looking for a workout, a way to bond with your family, or to just integrate yourself into a new environment, this fast, easy-to-play game is a rewarding new sport both for your body and your soul.

“The sport’s exploded because it’s easy to play,” says Jaudon. “But it’s sticking around because everyone has fun playing it.”

OutdoorEverything You Need To Know About Australian Rules Football
Tagged
Outdoor
What did you think of this story?
Meh
Good
Awesome