If you’ve ever had an argument over which dog breed is the most popular, now you’ve got cold, hard facts to back your hypothesis. Household Quotes, a UK-based company, researched this and compiled its findings to produce an infographic showing which canine family is the most beloved by geographical region. 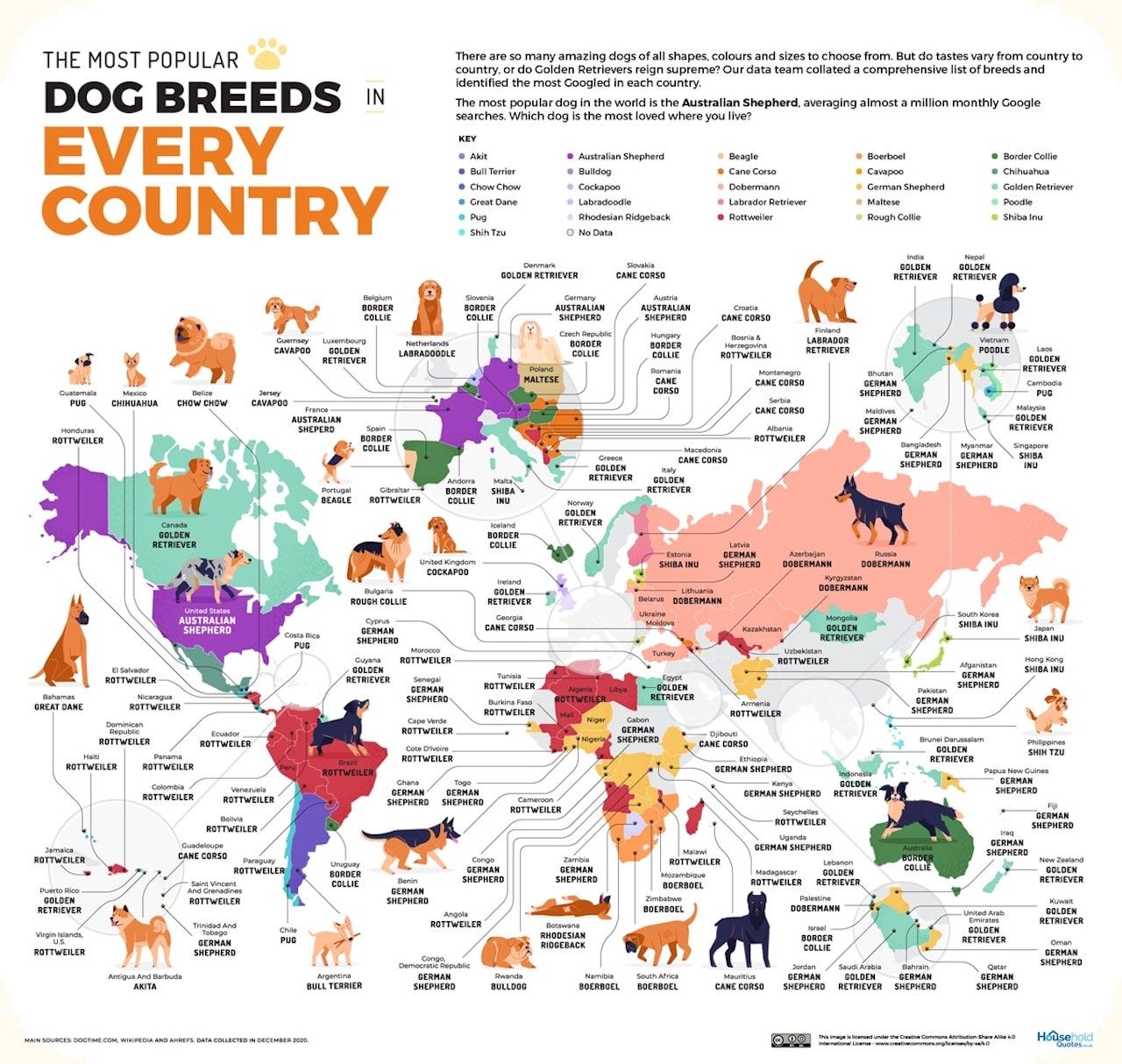 Based on what breed is the most searched on Google, the compiled results list 27 canine varieties. The data is, of course, open to interpretation but it does show which dog most people are interested in based on where they live.

The most searched breed with 913,000 monthly hits across four countries is the Australian shepherd. But ironically, the most popular breed in Australia is actually the border collie, known for its intelligence and ability to quickly learn new commands. Coming first place in the United States is the golden retriever, a breed celebrated for its cuddle-loving, goofy demeanor and gold-colored mane. In Europe, the UK tops the chart for dog-loving countries and its national favorite is the cockapoo — a cross between a cocker spaniel and a poodle appreciated for its fairly low maintenance. The doberman tops the chart for Russia, Kazakhstan, Armenia, and Turkey, while South Korea, Japan, and Hong Kong are most interested in the fluffy shiba inu.

While the research results vary, one conclusion is definitive: Dogs are loved worldwide regardless of breed.

National ParksThe 10 Best US National Forests To Visit With a Dog
Tagged
Maps + Infographics News
What did you think of this story?
Meh
Good
Awesome