If you’ve stepped foot in Maine, then there’s a good chance you’ve tried a lobster roll. If you haven’t been but you’ve had a conversation with someone about Maine, then that person likely mentioned where to get their favorite.

Maine’s reputation as the lobster capital of the US is well-earned, and much praise has already been heaped on this signature dish. Yet, when it comes to food, the state has much more than buttery lobster rolls. Few better places show that off than Portland in autumn.

On a recent food tour of Portland, my base of operations was the Cliff House resort in York, which is about 45 minutes outside of the city. This luxury resort is cozy yet expansive (there are three pools, a spa, and a wedding venue), but Cliff House stands out for one very important reason: The hotel restaurant is exceptional. That might not seem especially unusual, but I have already explained why you should avoid hotel restaurants at all costs. The Tiller restaurant at Cliff House is an exception to the rule, and an important one at that as eating was the primary reason for the trip. 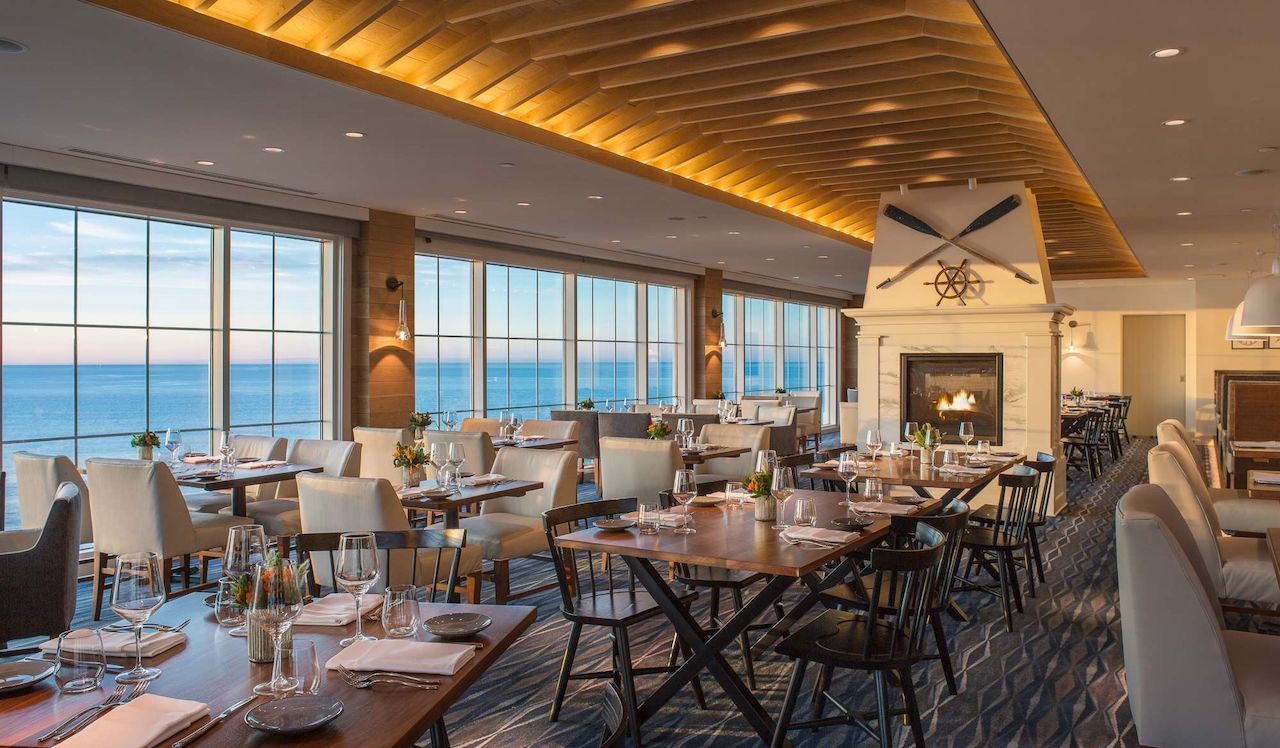 The Tiller is packed with mouth-watering offerings: A rich, creamy seafood chowder topped with a vibrant red chunk of lobster and tender chunks of potato; crab benedict resting on slices of juicy green tomato and slabs of succulent ham; and buttery, melt-in-your-mouth scallops nearly the size of my fist. The freshness of ingredients and crisp flavors accompanying the expertly executed dishes came as a welcome shock. I found myself impressed by the menu’s nourishing, hearty meals, which perfectly suited the gray fall weather.

If you do have a hankering for a lobster roll, you can always venture downstairs to the hotel’s in-house lobster shack, Nubb’s, which offers a satisfying, mayo-drenched lobster roll (though it might not taste quite as fresh as other lobster shacks you’ll find outside the hotel, but more on that shortly). 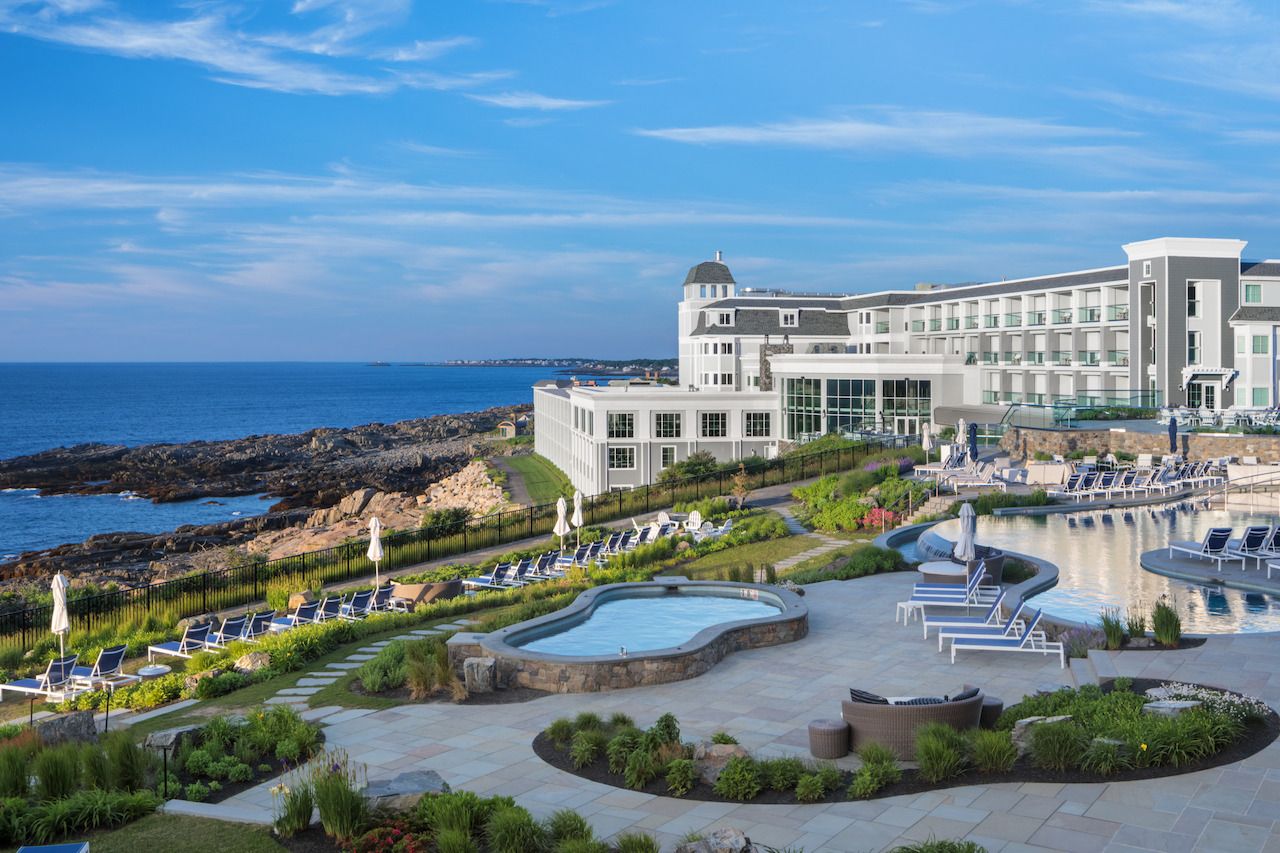 Perhaps equally impressive are the views from Cliff House. The resort is situated at the very edge of a rocky cliff overlooking the sea. Foaming pale gray-green waves break against the cliffside, creating a magnificently hypnotic display that can be viewed from the floor-to-ceiling windows in the resort’s lounge area. If you’re feeling adventurous, a staircase outside leads to an exposed bank of rocks from which you can watch the waves up close — a popular spot for engagements.

From there, head straight into Portland. Nearby Kennebunkport is famous as the home of the Bush family, but after two trips I’m comfortable reassuring you that it’s okay to skip.

Where to eat and drink on a day trip to Portland 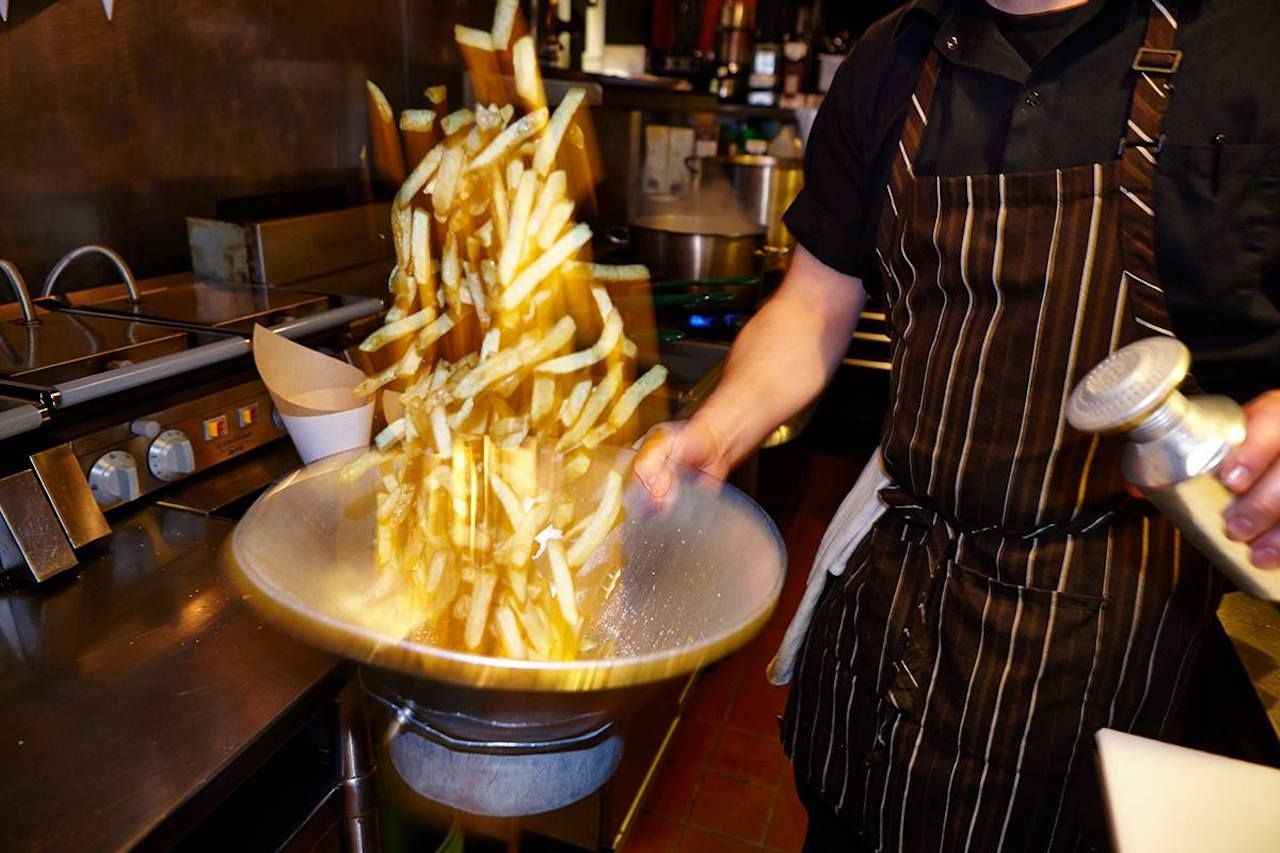 One of Portland’s most beloved lunch spots is Duckfat, a standing-room-only sandwich and frites spot where you can also find gravy-slathered poutine and the legendary blueberry and buttermilk milkshake. It’s a go-to for a simple and satisfying meal before embarking on a walking tour of the area’s breweries.

Though there are only around 67,000 people living in Portland, the city is home to 18 breweries — the most per capita in the country. There’s a little something for every type of beer drinker here. On Anderson Street in the East Bayside neighborhood, you’ll find Goodfire and Lone Pine as well as Blue Lobster Urban Winery, which produces a range of canned wines from rosé to zinfandel. Within walking distance from there you’ll also find the highly recommended Rising Tide and Austin Street breweries. 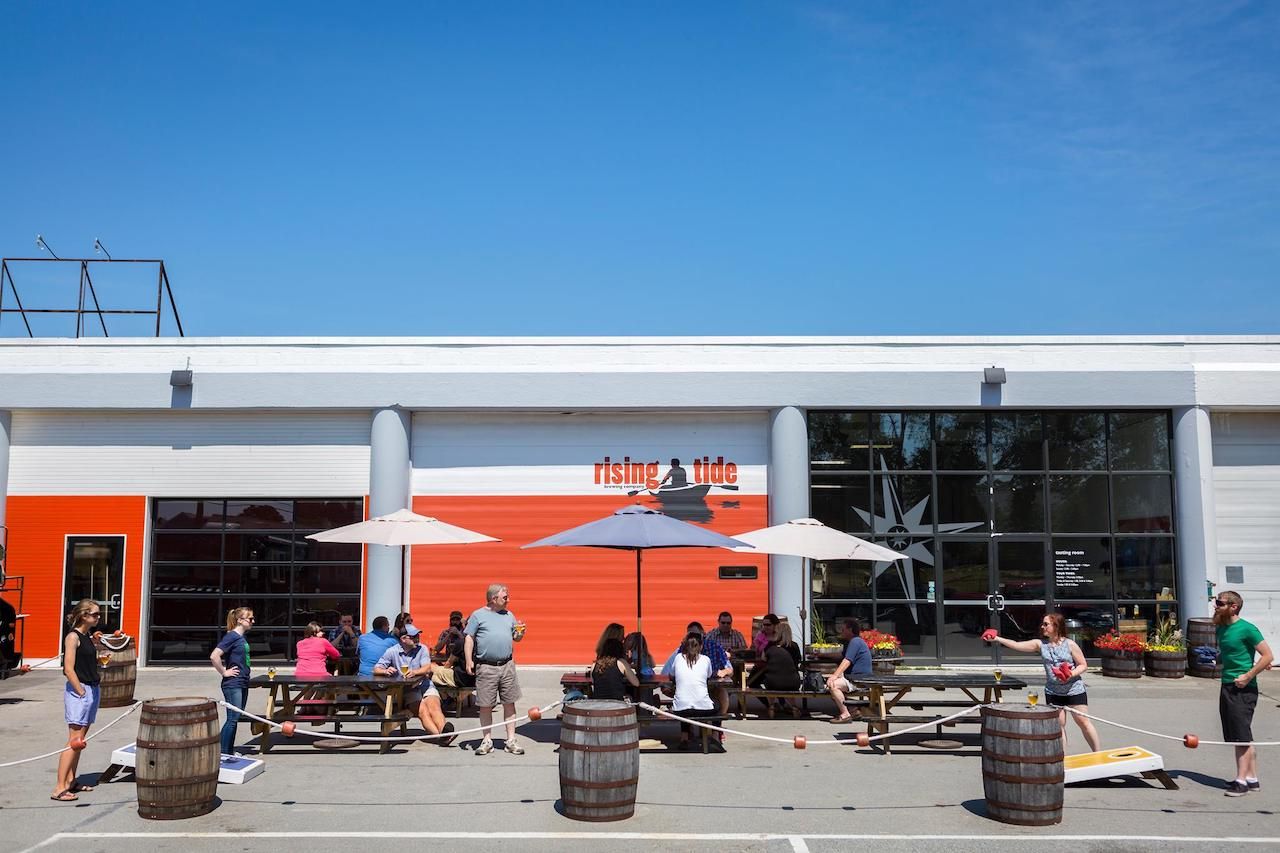 Look across the street from Lone Pine for a neon green building. Your schedule might be packed with breweries, but it’s worth making time to visit Urban Farm Fermentory. The fermentory is imbued with a welcoming Mother Earth-style atmosphere. Dry herbs hang from the walls, while taps offer beverages that seem brewed in a cauldron from the herbs in a witch’s garden. There’s a delightfully bright and briney, hazy-green, seaweed-based cider; a lavender lager; and a deep purple elderberry mead. But the fermentory’s list of herbaceous, earthy kombuchas ranging from basil to ghost chili to ginger might be the highlight.

Take a break from beer tastings to grab a coffee at Tandem Coffee Roasters, which is just a few steps from Urban Farm Fermentory. Head into downtown Maine for a quick bite to satiate your hunger after all that beer. You might be tempted to brave the lines at Portland Lobster Co., a dockside favorite for fresh lobster rolls, clams, crab cakes, and mussels. If you’re looking for a sit-down dinner and you’re still in the mood for craft beer, The King’s Head has a peaceful English pub atmosphere — Scotch eggs and fish and chips are both on the menu — and yet another impressive beer list.

After all that, you’ll likely want a quick nap (be sure you decide on a designated driver or car service before embarking on any tastings). You should muster up all your energy, however, because there are things to see and eat around Portland that are worth checking out on a visit.

Places to see just outside of Portland 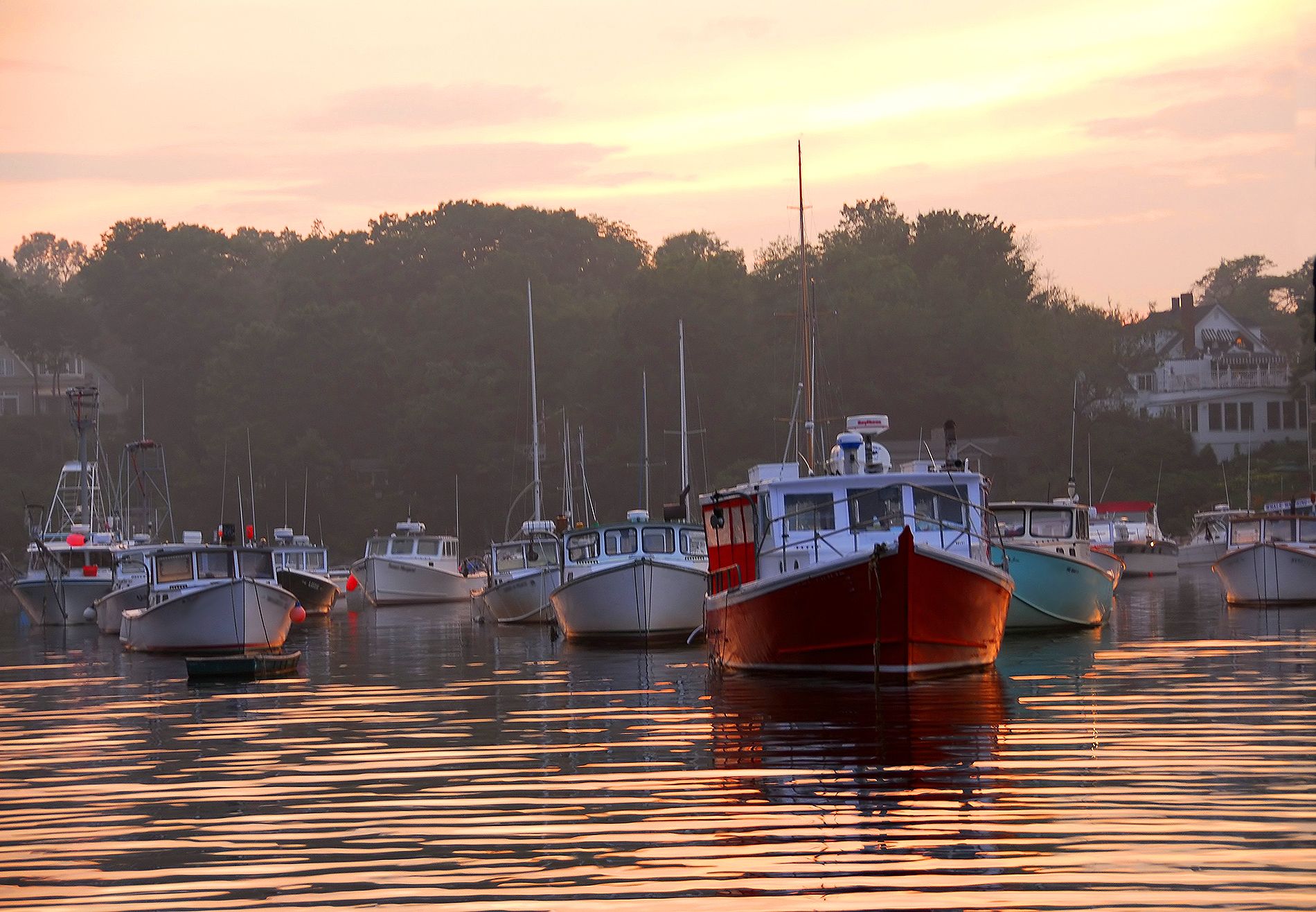 At first glance, Perkins Cove is a quaint town that’s little more than a cul-de-sac with a few tourist shops. It overlooks an inlet filled with resting fishing boats and rowboats. Arrive at the right time of day and you might catch the lobstermen hauling their catch to shore.

Perkins Cove has a few gems that make it worth a venture out of Portland proper, including a gourmet chocolate shop and M.C. Perkins Cove, known for its romantic views of the ocean. If you haven’t indulged in a lobster roll by now, Perkins Cove is the place to do it: The small town is home to Barnacle Billy’s, a haven for lobster lovers. The sit-down restaurant and adjoining lobster shack serve all the northeastern American classics: grilled hot dogs, hamburgers, steamed clams, whole lobster, and, of course, lobster rolls. Barnacle Billy’s is a staple of the area that’s been around for 50 years, and its seafood is all locally sourced.

It’s never too early in the day to start thinking about dinner. Walkers, in Cape Neddick, offers a true celebration of Maine ingredients. Many of the restaurant’s ingredients are sourced from Johnson Farm, just five miles from Walkers, where chef Justin Walker lives with his wife Danielle, the restaurant’s manager.

Walkers is proof that Maine’s culinary reputation shouldn’t be limited to lobster (though, of course, there is a whole lobster on the menu). The pizza is topped with meaty, whole mushrooms; the sublime Nonesuch River oysters are clean and briney; and the duck is tender and juicy. For dessert, the blueberry cobbler is unmissable — it’s topped with a life-altering, delicious mint green anise ice cream. Walkers is the perfect place to eat if you want to appreciate Maine for more than its seafood. 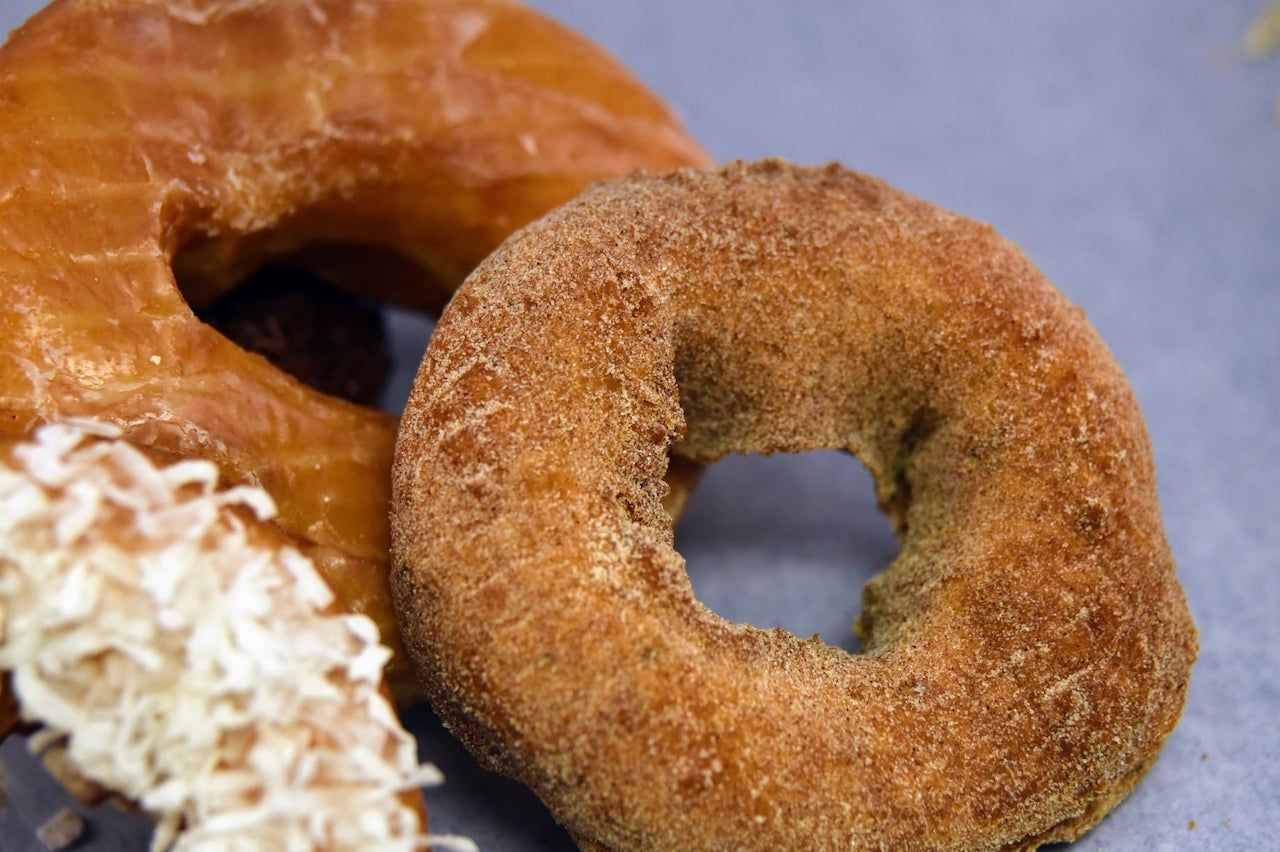 After such heightened culinary adventures, you might find yourself too stuffed to move, but on your way to the airport, be sure to swing by Congdon’s Donuts. This is the pinnacle of pastry craftsmanship, the humble donut elevated to art. Though the flavors are classic (rainbow sprinkle and glazed, for instance) these fluffy yet dense donuts will send fireworks to your sweet tooth — the perfect goodbye to Maine.