Religious services are problematic in multiple ways when it comes to social distancing, especially when it comes to the more interactive elements of a service. Receiving the host at Catholic mass is quite a challenge when you’re not supposed to come within six feet of another human being — no less being fed a cracker by that human being. Dipping your hands into a stagnant bowl of holy water at the door to bless yourself is another issue. Father Tim Pelc of Michigan is getting creative to remedy the latter problem, administering holy water to parishioners via water gun. And by “administering,” I mean squirting parishioners in the face with it as they drive by in their cars. 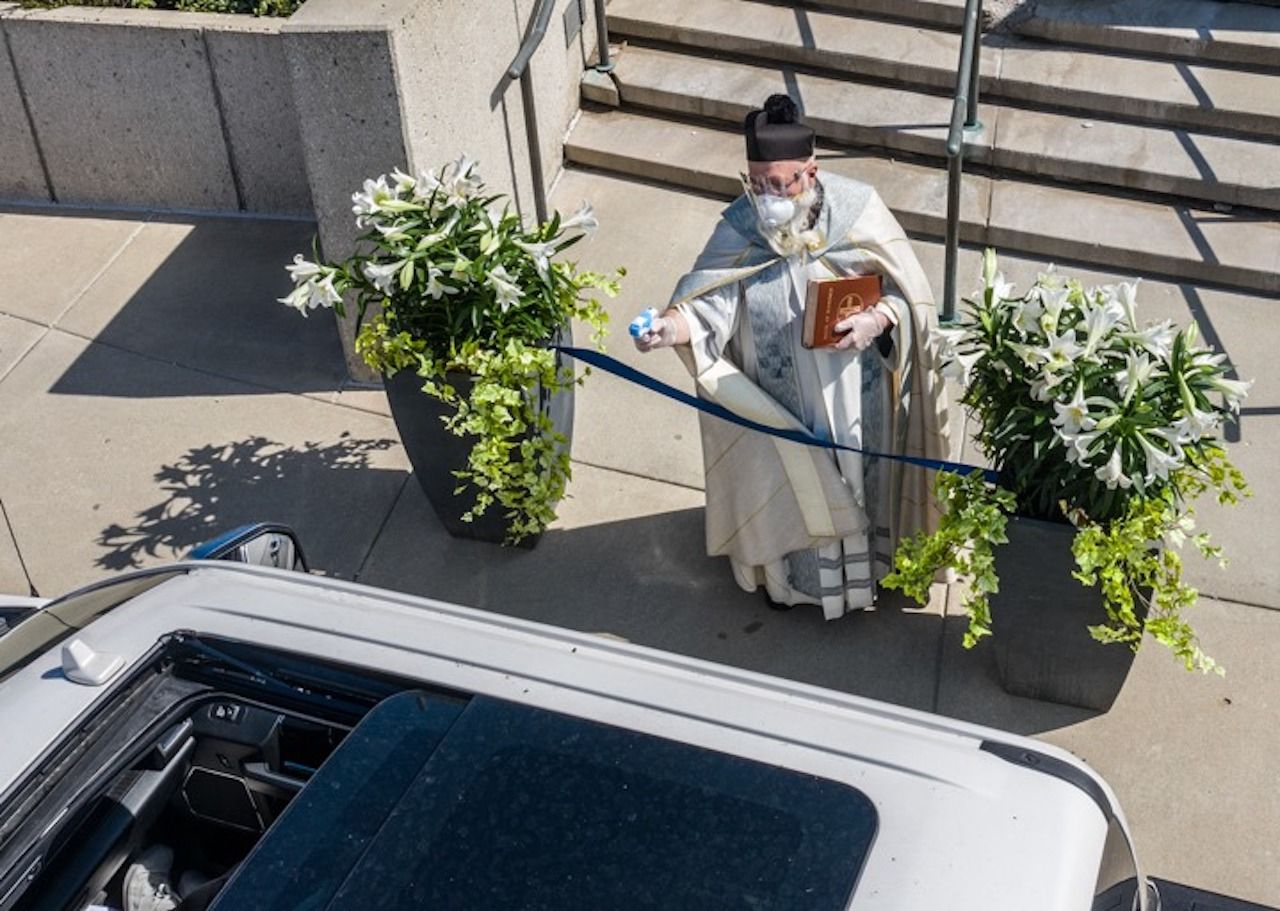 When photos of the inventive new practice were originally posted by St. Ambrose Parish on Facebook, Pelc received more attention than he was expecting.

He told BuzzFeed News, “The original idea was to do something for the kids of the parish. They were about ready to have an Easter unlike any of their past, so I thought, ‘What can we still do that would observe all the protocols of social distancing?’”

Clad in both a pastor’s robes and PPE equipment, Pelc stood outside his church and doused drive-thru churchgoers with holy water from a safe distance. 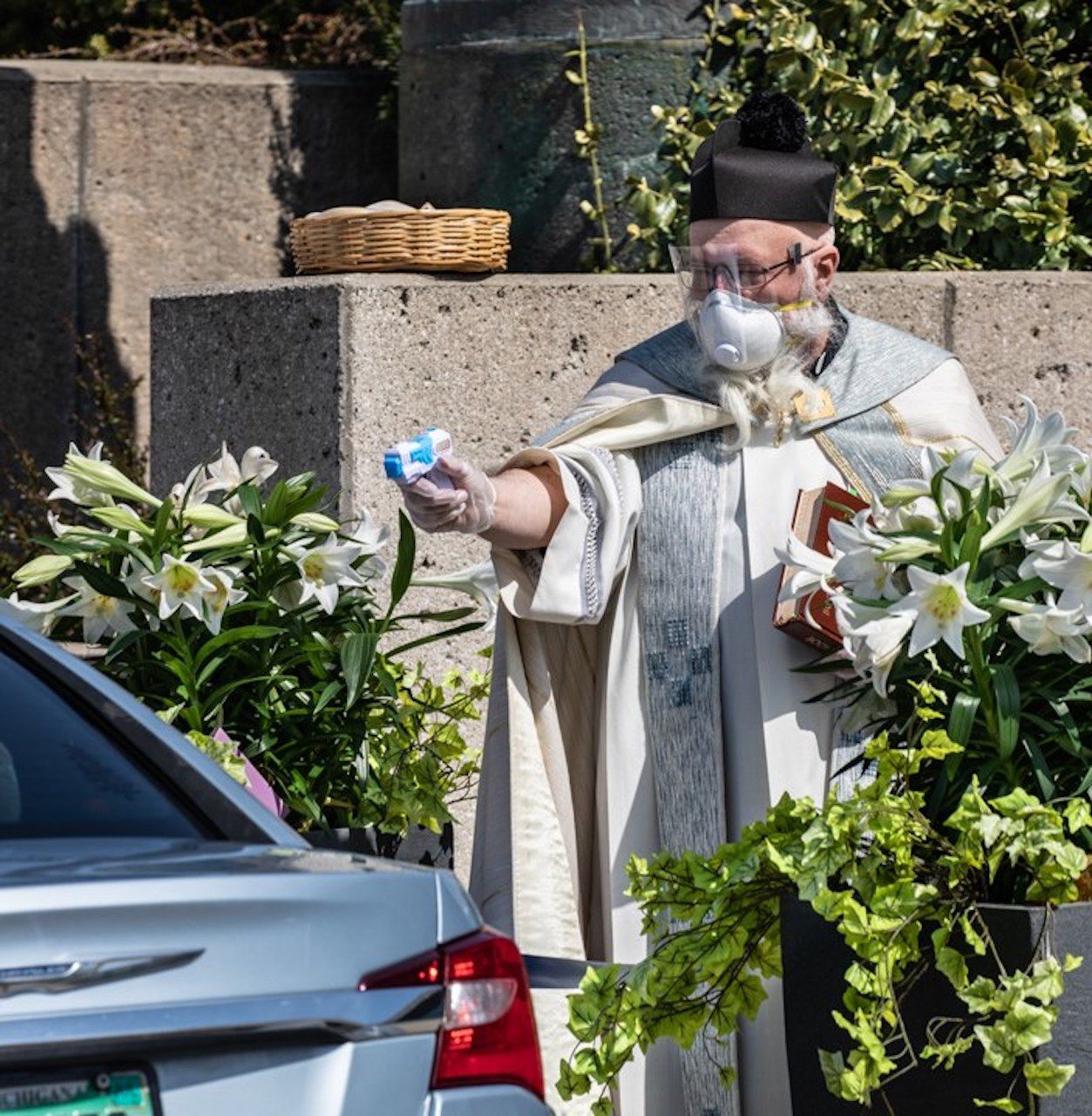 “The sun was out,” he said. “We had a nice turnout. It was a way of continuing an ancient custom, and people seemed to enjoy it.”

The church isn’t exactly famous for welcoming new, playful ideas with open arms, but reception to Pelc’s unconventional methods has been overwhelmingly warm. Christine Busque, who manages St. Ambrose Parish’s Facebook page, said, “People wanted to have a bright side to the things that are happening in the world right now. They saw that, and I think they saw that he cared about his parishioners enough to want to keep his traditions alive but work [within] the CDC guidelines of being safe.”

Pelc didn’t intend to become an internet celebrity but believes his creative method could fuel optimism around the global health crisis.

“When Jesus dies,” he said, “he doesn’t just lay around doing nothing. He goes down to hell and kicks the doors in. He really wrestles with evil. We all want to believe that the devil is not the most powerful force on the earth and neither is COVID-19.”

Art + Architecture7 of the World’s Coolest-Looking Churches You Didn’t Know Existed
Tagged
News
What did you think of this story?
Meh
Good
Awesome