Your flight attendant is about to look like they just stepped off the set of Breaking Bad.

They will, at least, if the rest of the airline industry takes its cue from Qatar Airways, which today released images of its new in-flight cabin crew uniforms. Which don’t look at all unlike the uniforms they wore in the basement of Lavanderia Brillante.

The stunning, all-white PPE suits will be worn by every member of the cabin crew — including the first-class bartenders. In addition to the suits, the crew will be donning protective goggles, sanitary gloves, and a face mask. The suits are fully disposable, as well, so the crew won’t be spreading any germs from one flight to the next.

Those flight crews will be broken up into two groups — one manning the outbound flight and one for the inbound flight. This, again, ensures a minimal transference of germs and allows for quarantines should anyone onboard exhibit symptoms.

Passengers will also have to wear masks beginning May 25. The PPE suit, should a passenger own their own, is purely optional. 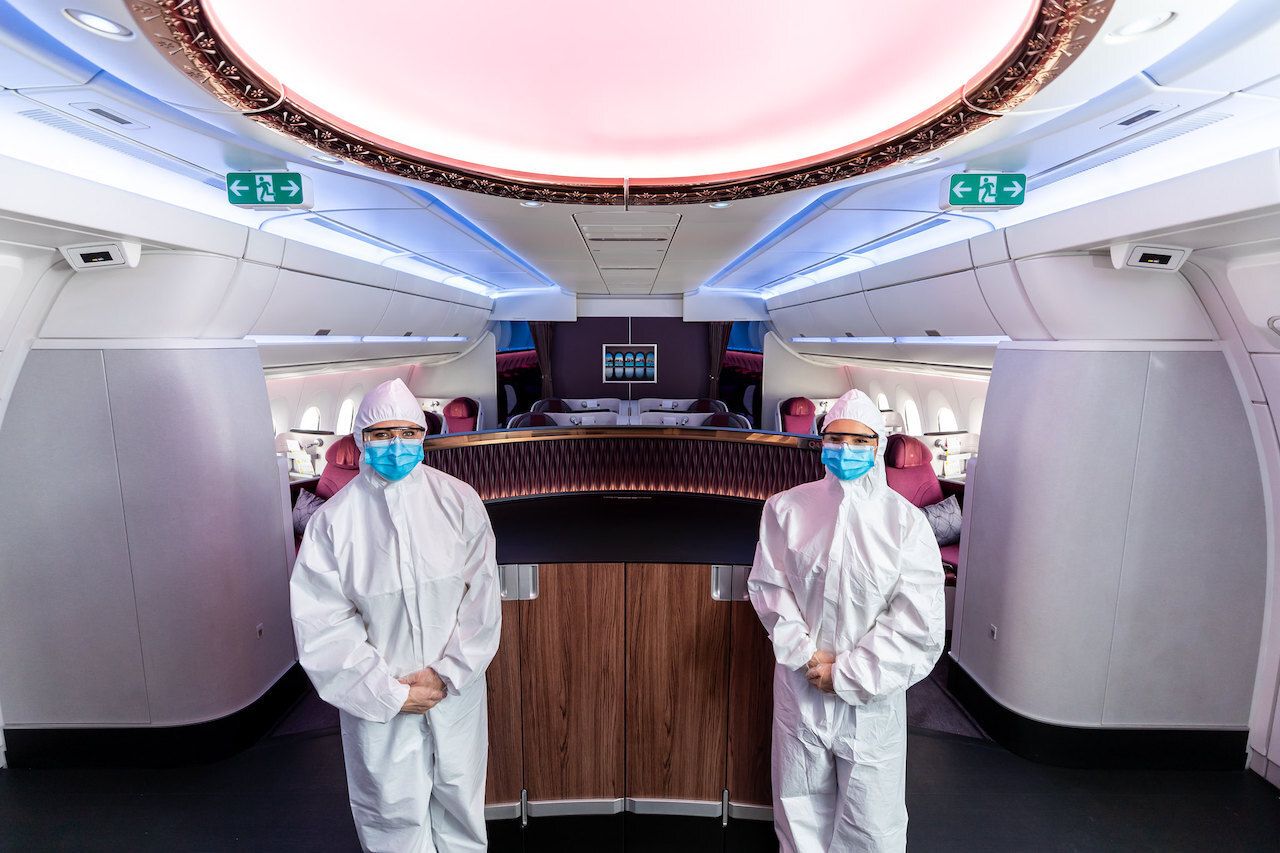 In addition to the new in-flight uniforms, Qatar Airways will be serving all business class meals in trays with disposable utensil wraps to minimize contact points. The cuisine will continue to be elevated from what’s available in the main cabin, but will be served in much the same way. You’ll also find ample hand sanitizer at almost every location on the plane.

“Seeing as we are still flying the world’s largest international network by operating flights to more than 30 destinations around the world, and aiming to grow our network again in the coming months, these onboard safety measures will assist us in achieving our goals,” Qatar Airways Group Chief Executive, His Excellency Mr. Akbar Al Baker, said via a press release.

Though Qatar’s PPE suits are among the first to appear on a major airline, they may well not be the last. And as we begin to take to the skies again this summer, your laptop-stowing admonitions may well be coming from someone who looks slightly more menacing than your average flight attendant. But strange as it may look, remember, it’s all for your protection.

Highlights of a week in Quebec
Tagged
COVID-19 News
What did you think of this story?
Meh
Good
Awesome